Ed. note: a more recent update of new South Portland restaurants is available. Big Babe's Tavern has closed.
Since I moved to South Portland, there's been a flurry of new bars and restaurants in the works. I thought I'd share with you an update of what's planned where, since, unless you're also a SoPo resident, you probably aren't tracking these announcements as closely as I am.

First up is Big Babe's Tavern, which opened Tuesday. Big Babe's is located on the spot of the Griffin Club, a storied sports bar that closed in May of 2017. Big Babe's proprietor Ginger Cote bought the property and demolished the 100-year-old building to make way for the 47-seat tavern with 5 hotel rooms on the upper floors. Cote is a longtime professional drummer and already has a great lineup of local musicians like Kenya Hall and Primo Cubano booked. 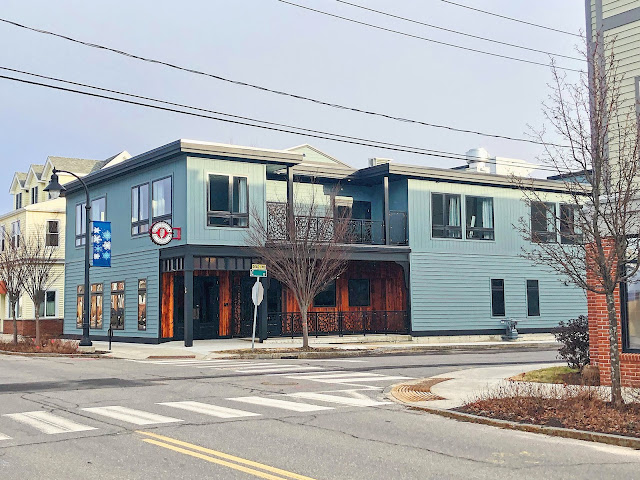 The kitchen at Big Babe's will serve bar snacks and pub fare, overseen by Dillon Houser, who most recently worked at East Ender. Big Babe's is open daily from 3pm-close at 60 Ocean Street. Happy hour runs from 3-6pm daily.

I think the next restaurant to open in South Portland will be Judy Gibson. This restaurant from Chris Wilcox, who has worked at Eventide and the now-closed The Velveteen Habit, is going into the space formerly occupied by Teriyaki Exchange on Ocean Street in Knightville. 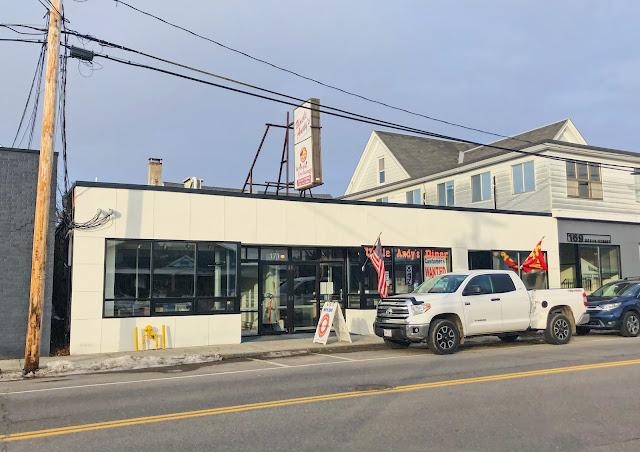 Wilcox offered three pop-up dinners at Hugo's in early January to preview the menu of Judy Gibson. The night I went, there was a crab and celery root salad, sweet potatoes and housemade bratwurst, roasted hake with mushrooms, and a delicious butterscotch pudding for dessert.

Wilcox has begun hiring for Judy Gibson and estimates the restaurant will be open mid-February.

Just down the street, The Farm Stand has closed and begun its transformation into Solo Cucina. The Farm Stand was a small market and butcher shop from Penny Jordan of Jordan's Farm and butcher Ben Slayton. The new market will have the same focus on using local foods, but bring in the culinary talents Paolo and Mercedes Laboa the couple that owns Solo Italiano. The new iteration of the market will offer more prepared foods—baked pastries, handmade pasta, and panini—still using Maine meats and produce. For a farmer, butcher, and chef, it's a perfect pairing. 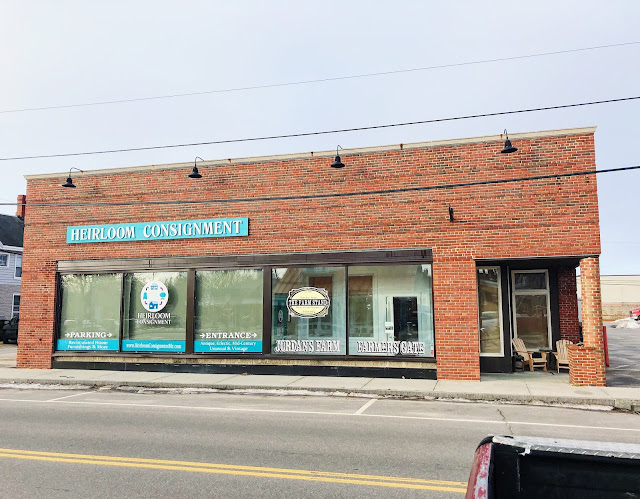 What will become of the old Terra Cotta Pasta Company space has been the talk of the town for months. Terra Cotta moved up Cottage Rd. to a new space next to Thai Taste. The new location offers a bigger and better space for the Italian market and café. The Portland Food Map reported Matt Moran, co-owner of Nosh and Slab, plans to open a family-friendly restaurant in the quirky, old yellow and green building.

I was a little unsure if the project was stalled because there were no signs of life on the property. But recently a dumpster appeared and I've seen men working inside. So we'll see what Moran has up his sleeve soon enough. 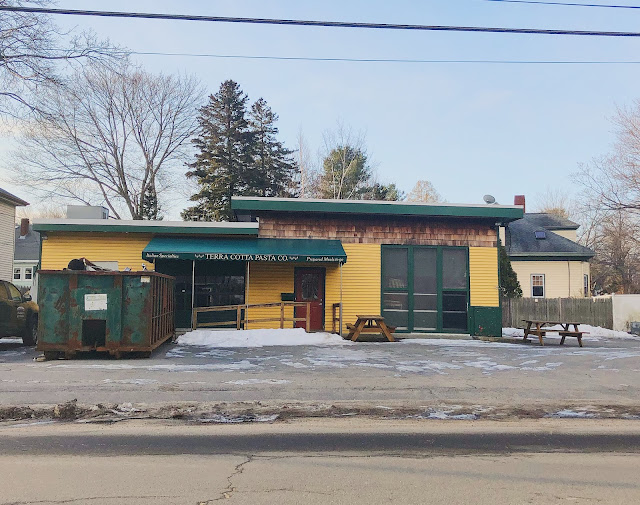 That's the South Portland update! If you live over here, you've probably already heard the buzz about these new restaurants. If you're a Portland city dweller, do any of these options sound tempting enough to make the trek over the bridge?