Top 10 Hottest Quarterbacks in the NFL

And now a break from our regularly scheduled programming: 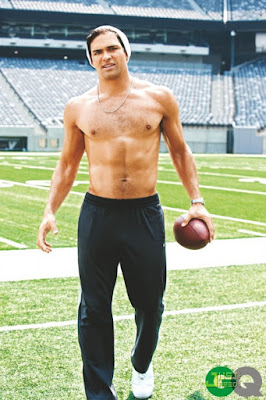 1. Mark Sanchez: Mark is clearly the hottest quarterback in the league. His all-American, yet scruffy good looks make him the top earner. Coupled with his humble persona, his love of his team, and his youth, you can overlook the apparent reality that he will not be the Jets’ next Joe Namath. 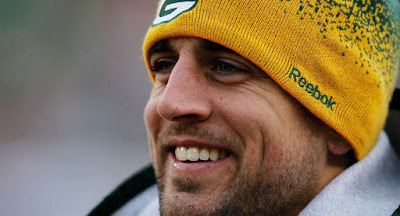 2. Aaron Rodgers: Rodgers is up there- he’s aaaalmost tied for #1 with Mark. He has the skills, the brooding dark eyes, the scruff, and the fantastic record. With his sense of humor, you feel like he’d be fun to go to the bar with. And then watch all the girls give you dirty looks, since you’re with such a hot guy. 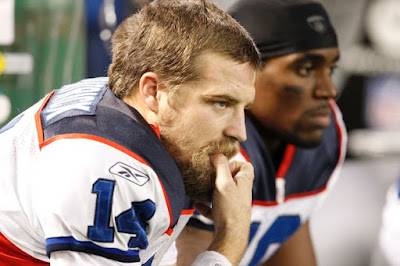 3. Ryan Fitzpatrick: Fitzpatrick is hot with or without his beard. But I do love a man who can grow a legit beard. Look at that thing! I’ve heard two separate people reference “Grizzly Adams” when describing Ryan’s beard. While his season with the Bills faltered in the middle, his Harvard education gives him a pass. 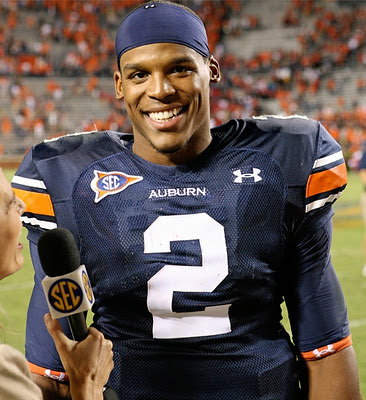 4. Cam Newton: Cam’s ranking is based on looks alone. I don’t know anything about his on-field performance, and his Wiki yields little of interest (other than that his older brother is a Ravens center, woot!). I’m not even entirely sure what team he’s on. (The Panthers?  I never can tell those big cat profile logos apart.) Whatever, dude’s hot. Smile away, honey.

Disclaimer: Finding 10 quarterbacks in the league that are actually hot was a struggle. So after the top 4, they’re ranked in a “Meh, I wouldn’t kick him out of bed” kind of way. 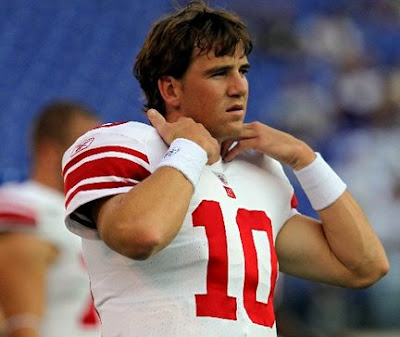 5. Eli Manning: I will probably catch a lot of flack for including Eli, who I’ve heard called a mouth breather. But he’s cute in a lost puppy kind of way. And it’s all about the angle in the photo (whatever you do, don’t look at his Wiki photo, eesh). 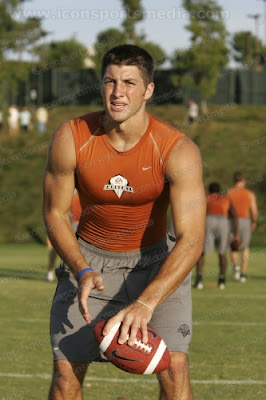 6. Tim Tebow: A polarizing choice for sure. And let me be clear - Timmy is hot in an ugly sexy way. But jumped from #10 to #6 when I watched him beat the Steelers last week (hate those Steelers!!). His performance on the field and the sidelines is fun to watch. Guy is passionate. And passion of any sort makes a man hotter. 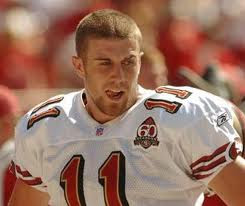 7. Alex Smith: Alex looks a little mischievous in this photo, which I like. In some shots, he looks a little like Ryan Gosling. While the Ravens thoroughly decimated the 49ers during the Thanksgiving game, Alex looked good on the field (OK, he looked good lying on his back, being sacked 9 times during that game!!). 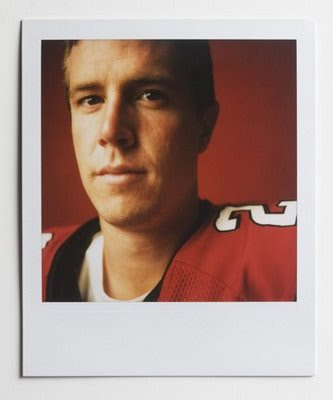 8. Matt Ryan: With Matty, we begin the slide into all-American good looks, which don’t really do it for me. Matt is a good-looking man, but he doesn’t necessarily turn my head. He would have made a nice prom date. 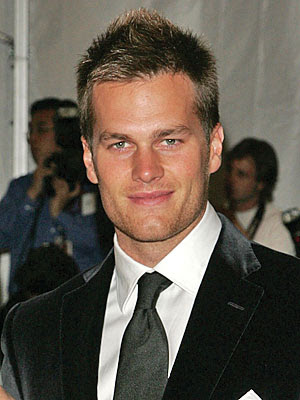 9. Tom Brady: Oh yes, bring on the ire, New England. Ole Tommy down at number 9.  Really, I am shocked at how many Maine men have argued with me over this ranking. I, however, am immune to the Cult of Brady, and do not think he’s that cute. Plus, he wears Uggs. His marriage to Gisele serves to make him hotter, since she’s so hot, but really, Brady’s kind of doofy looking. Give me Welker over Brady any day. 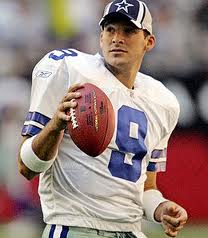 10. Tony Romo: Again with the doofy, all-American men, Romo made the Top 10 by virtue of the other 22 QBs in the league being so damn ugly. Plus I heard he was a jerk to Jessica Simpson. And he spends a lot of time in Texas. Can’t be good.