Pai men Miyake, at 188 State Street in Portland, is one of the restaurants forming the food lovers' corner in Longfellow Square.  When the restaurant opened, it was billed as a Ramen bar with a few appetizers.  Since then, their menu has expanded to include not only several different kinds of Ramen, but sushi rolls, several appetizers, and yakitori grill. 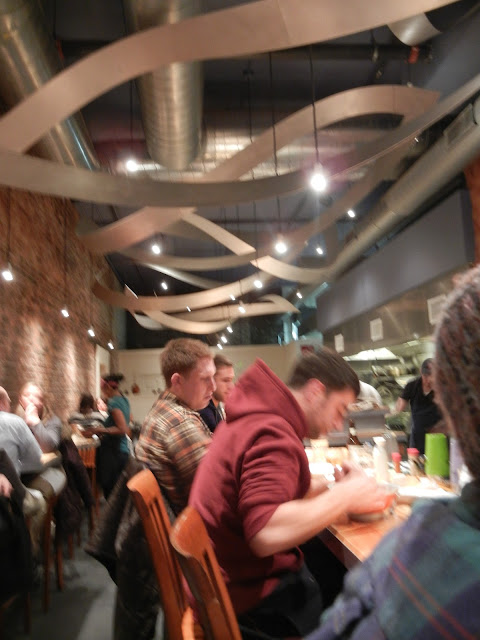 In the beginning, I went early and often, but fell off in frequency as more restaurants around Portland vied for my attention. 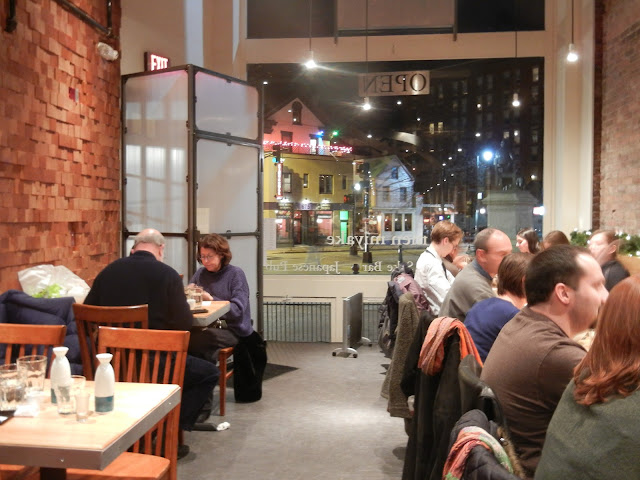 But now that I'm a West Ender, walking to the corner for some appetizers and rolls is a fine weeknight option.  On this particular night, A. and I found the restaurant fairly full at 7:30pm, and so we grabbed seats at the bar.  We ordered an appetizer each and some sushi rolls. 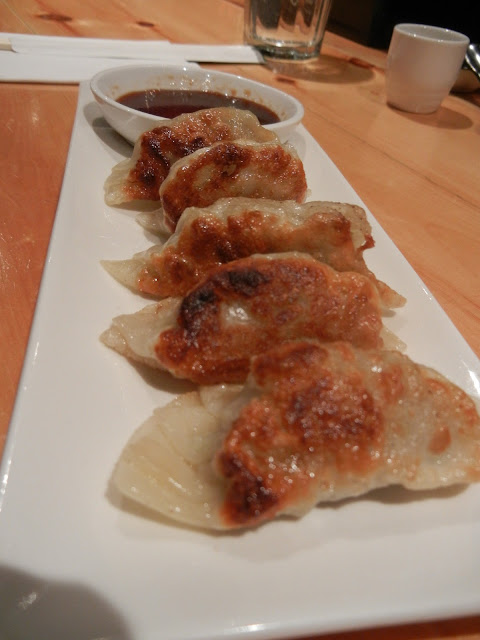 A.'s gyoza were fairly standard pork dumplings, but had a nice contrast between the tender wrappers and the crisp char. 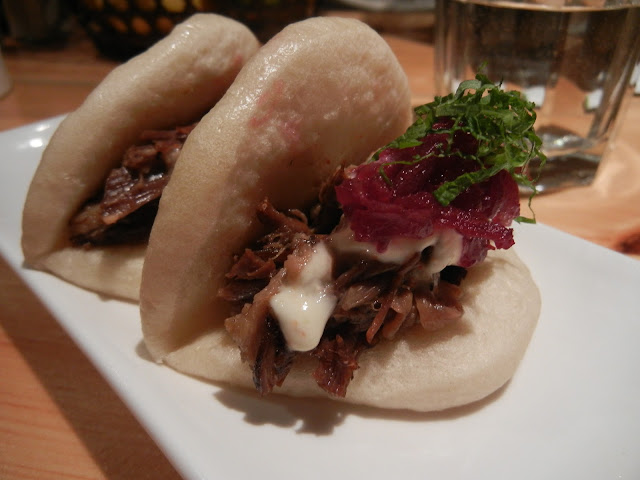 The special of short rib buns with creme fraiche and pickled beets attracted me, but in the end, I wish I'd ordered my favorite pork buns.  The buns on this version were tough, and the beef didn't offer the same unctuousness that the pork belly does. 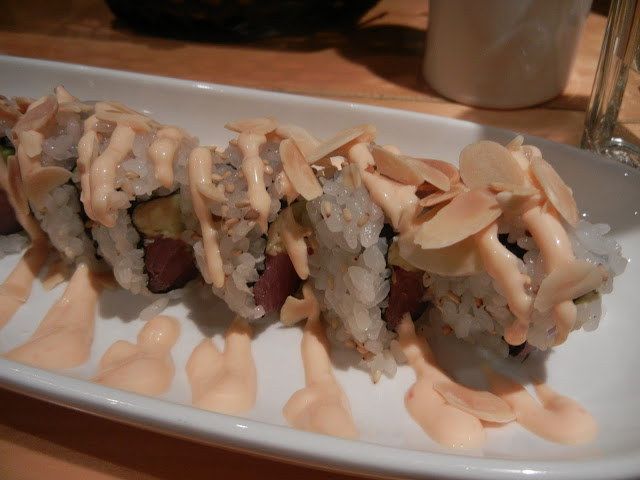 The sushi rolls are always sublime though.  A. and I ended up ordering the same rolls, the spicy tuna with avocado.  While this roll is my favorite anywhere, at Pai men Miyake, they do a particularly nice job with the added touches of spicy mayonnaise and slivered almonds. 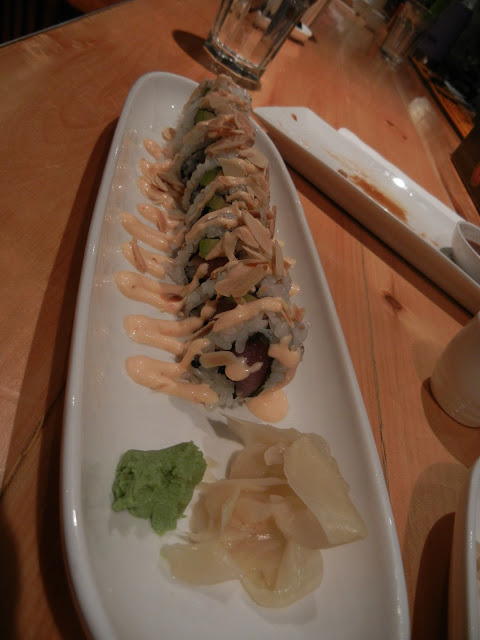 We made short work of the rolls and could have gone through several more.  But we decided to call it a modest night and just finish our sake. 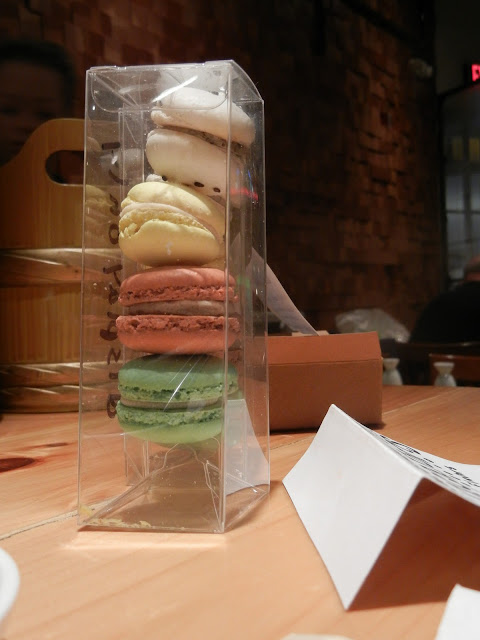 However, these sweet little stacks of Japanese flavored macarons caught my eye.  Since I've never had one (!!!) before, I'll be sure to try these, as I think they're the only place in town to find them.

While it may seem odd to review the noodle bar without trying the noodles, here, a bowl of Ramen is quite the commitment for your appetite. So Pai men Miyake is also a great place to have a few small bites in a casual environment.