The seasons have changed here in Maine, both literally as the fall equinox has passed, but more so that the weather caught up with the calendar. Summer stretched through the middle of September, hitting 80*F two weekends ago. So while my friends and I thought we were setting off for the ultimate fall activity, apple picking, we ended up acting as though it were mid-July.

We headed out to Limerck, about an hour southwest of Portland in the rural countryside of York County. Our destination was Libby & Son's U-Pick, not for the apples necessarily (since I'm participating in the Out on a Limb apple CSA share again this year), but for the raspberry picking.

Who knew fall raspberries were so abundant? I always thought they were a weak shadow of their summer fruiting cousins, but at Libby & Son's, we found rows of raspberry canes dripping with ripe berries of all sizes and even a few rows of golden raspberries. We quickly filled a few quarts with berries and then headed back to the farm stand to be ferried off to the apple trees. 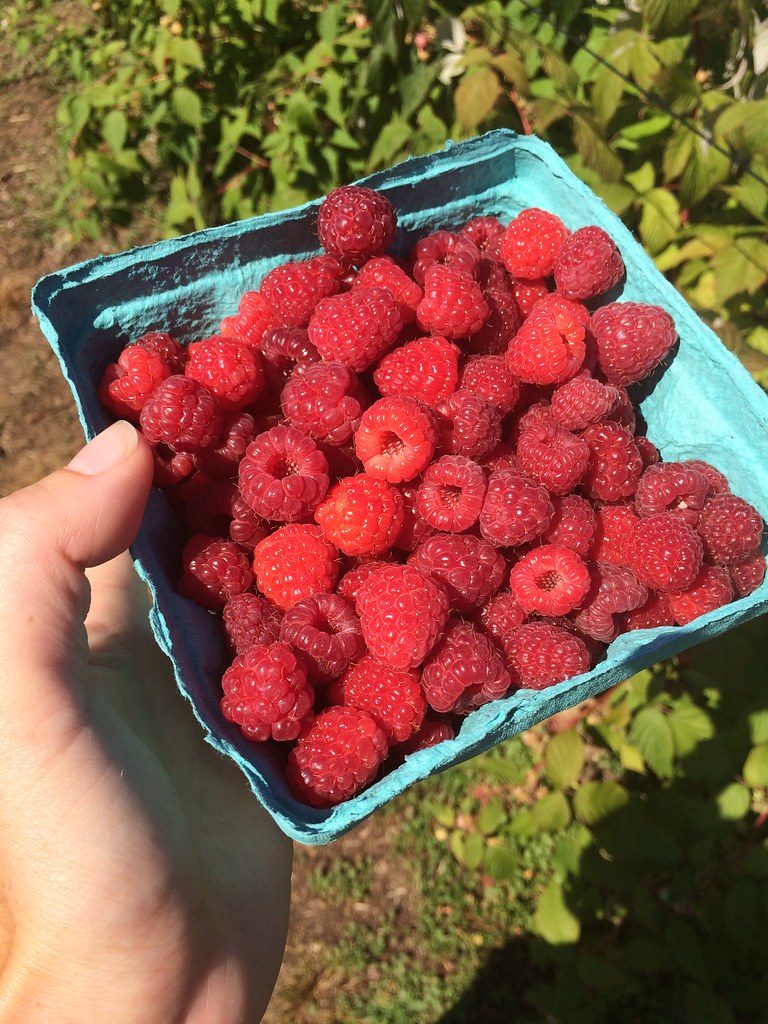 Apple picking is a convenient excuse to eat apple pastries - first and foremost, the apple cider donut. The ones at Libby's are very dense and almost like they're undercooked (they're not, they're just very moist inside). We devoured them quickly before heading out to wander amongst the apple trees. 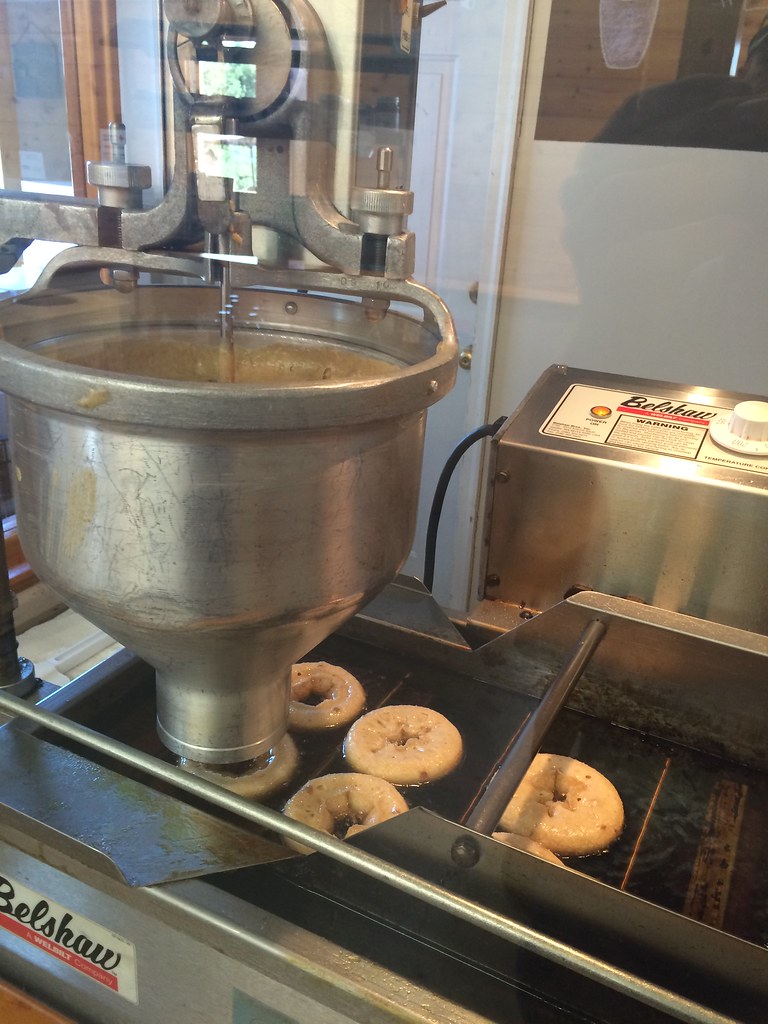 It was actually my first time picking apples, and we chose to picking in the fading rows of the Paula Red trees, although I was eyeing the nearby Honeycrisps. My friend A. wanted to avoid them, as they're a club apple variety, which involves some politics I'm not familiar with. A little more research is required...

After the orchard, we swam in the Saco River and then headed to Funky Bow Brewery to enjoy a beer in the late afternoon sunshine. Turns out it was Funky Fest with 10 York County breweries, food trucks, and live music. We were just in for a pint, so we had the brewery's yard all to ourselves. We stretched out on lawn chairs and sipped G String pale ales. 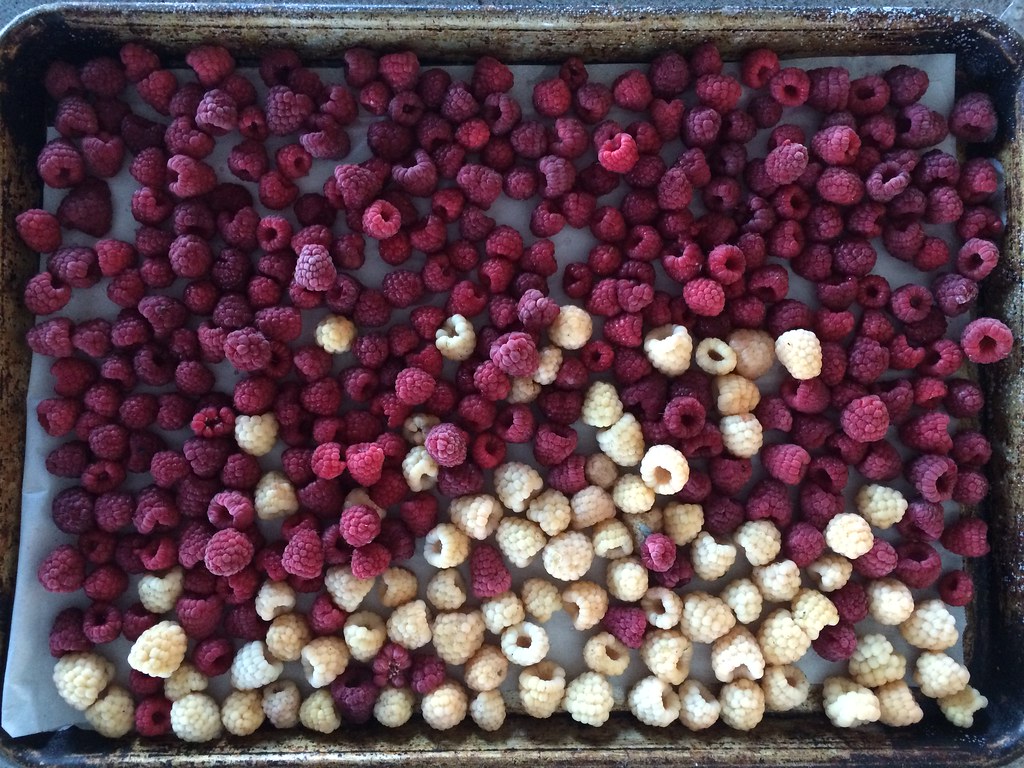 At home, I froze my raspberries for making into jam, smoothies, and pie at a later date. While the golden raspberries taste the same as red ones and were harder to pick (think about it, how do you tell if a golden raspberry is ripe when the unripe ones are white too?), they are beautiful when mixed in with the red ones.

I loved the experience at Libby and Son's, but there's many an orchard in Maine that fries up apple cider donuts. I even went so far as to contribute a map to Eater Maine comprised of all of the recommendations I received for the area's best ones. 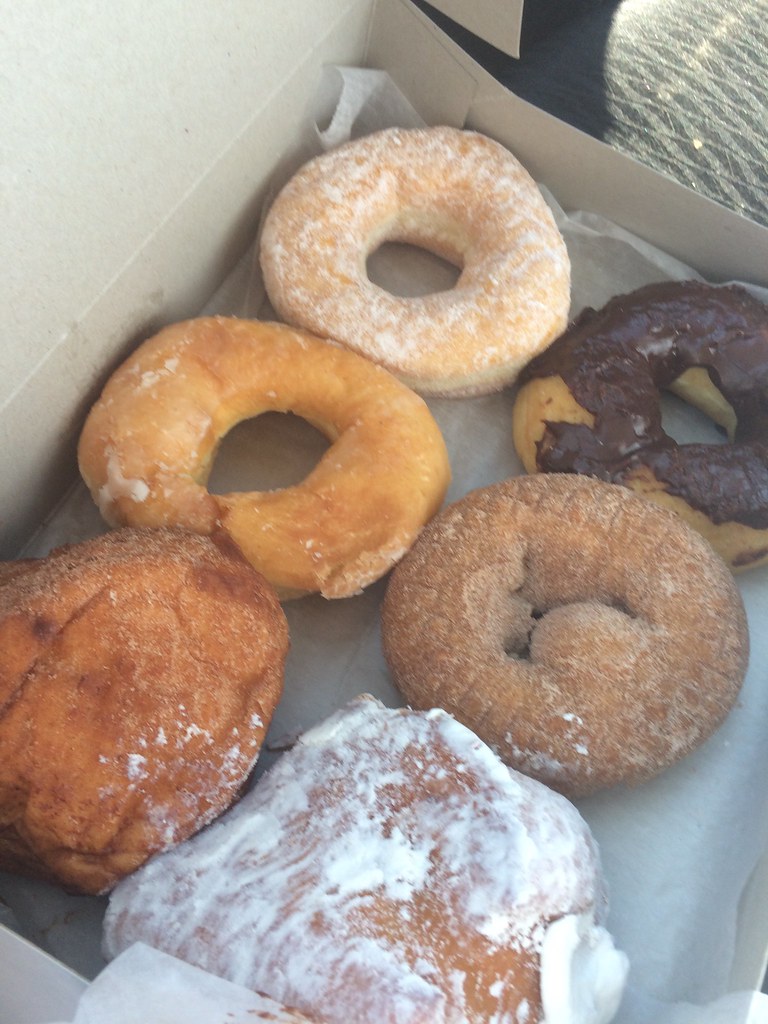 My first donut map for Eater prompted me to make some detours during my work travels to some of the recommended spots - first, Congdon's in Wells, a very old school "family restaurant" and bakery. I figured I'd shoot the moon and get a half dozen - I entertained the thought of eating only half of a raised donut so I could enjoy half of a different flavor too, but I ended up scarfing the whole thing without a second thought. I shared the other flavors, which received rave reviews as well.

A day trip to Kittery allowed me to go by Lil's Cafe on the foreside and get a glazed cruller. I've heard so much about these eggy pastries, but have only ever gone to Kittery at night when the cafe is closed. The cruller did indeed deliver a great combination of crispy fried exterior with a shockingly sweet glaze.

Next I'm off to Thompson's Orchard in New Gloucester to check out their apple cider donuts, this time on a fall adventure that now has the weather to match. 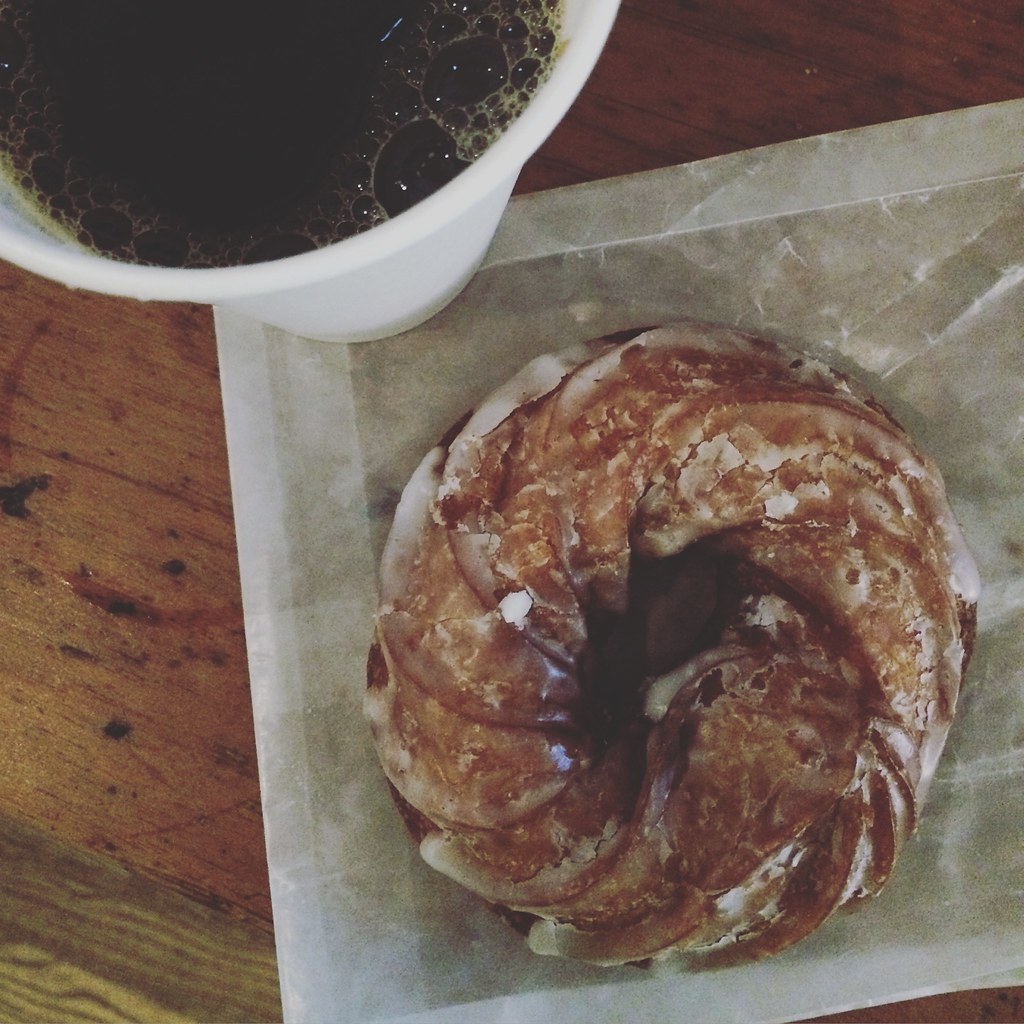