Peaches are easily one of my favorite fruits and certainly symbolic of summer: something that you have to get a lot of while it's available and have a certain amount of anxiety about its end (NOT THAT THAT'S HAPPENING). Ahem.

I'd heard the peach season was going to be bad in New England—late frost? drought? something—and I didn't want to take any chances of missing my annual preserving haul. So I stocked up on Virginia peaches on my way back from the Outer Banks of North Carolina. (I meant to get Carolina peaches, but we have the hardest time stopping right after we've hit the road for a day's worth of driving, so we missed the large produce stands just north of the Outer Banks). 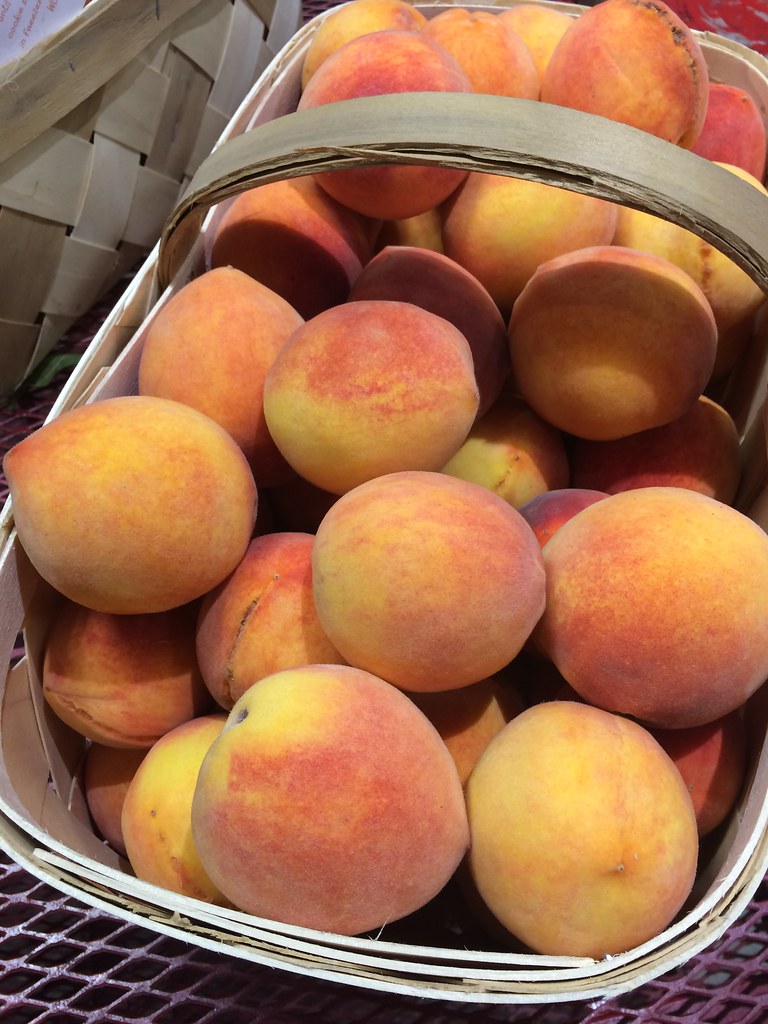 To start, I quartered and peeled all of my peaches, using the method details in this post by Marisa McClellan at Food in Jars. It involves boiling water and pouring it over quartered peaches, letting them sit for a while, then peeling the skins off. It worked relatively well and was a lot less hassle than the blanching method. Ultimately, I think the biggest key to peeling peaches easily is ensuring that they've fully ripened before you begin.

I started with low-sugar peach jam using SureJell pectin. I used to exclusively use Pomona's Pectin, but I've come to dislike the hard sets of the jam that often results. SureJell always gives me a nice texture, and if we're being honest, I like the sugary sweetness of it (it's still much less than a full-sugar jam). This recipe calls for 3 cups of sugar for 4-1/2 cups of peaches and yields 5 half-pints of jam. 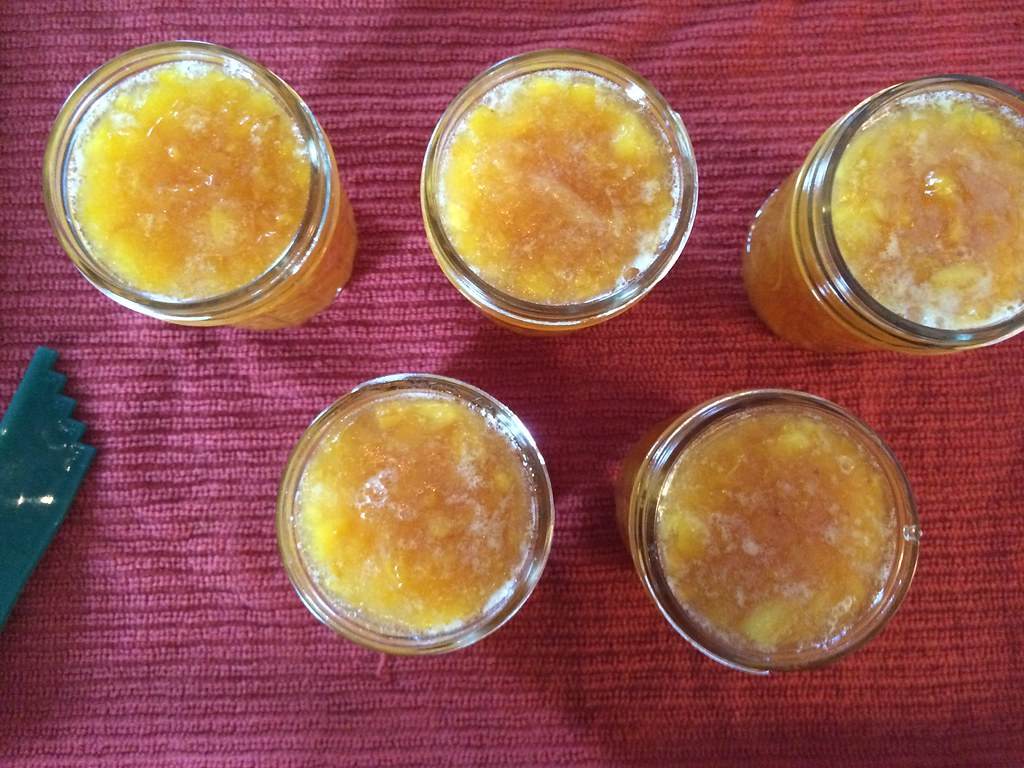 Four and a half cups of peaches didn't even dent the amount I had, so I sliced up the rest for freezing, but then realized I could just as easily can a few pints. Again, I consulted Food in Jars about canning using apple juice, since in the past, I've used a light syrup. (Note: syrup or juice is recommended over water when canning fruit to help preserve the sweetness of the fruit).

I diluted the juice as recommended on the package, in a 3:1 of juice to water. Then I filled some pints and processed them for 20 minutes. One didn't seal (frown), so I used it in a blueberry peach crisp the next day—not all bad. 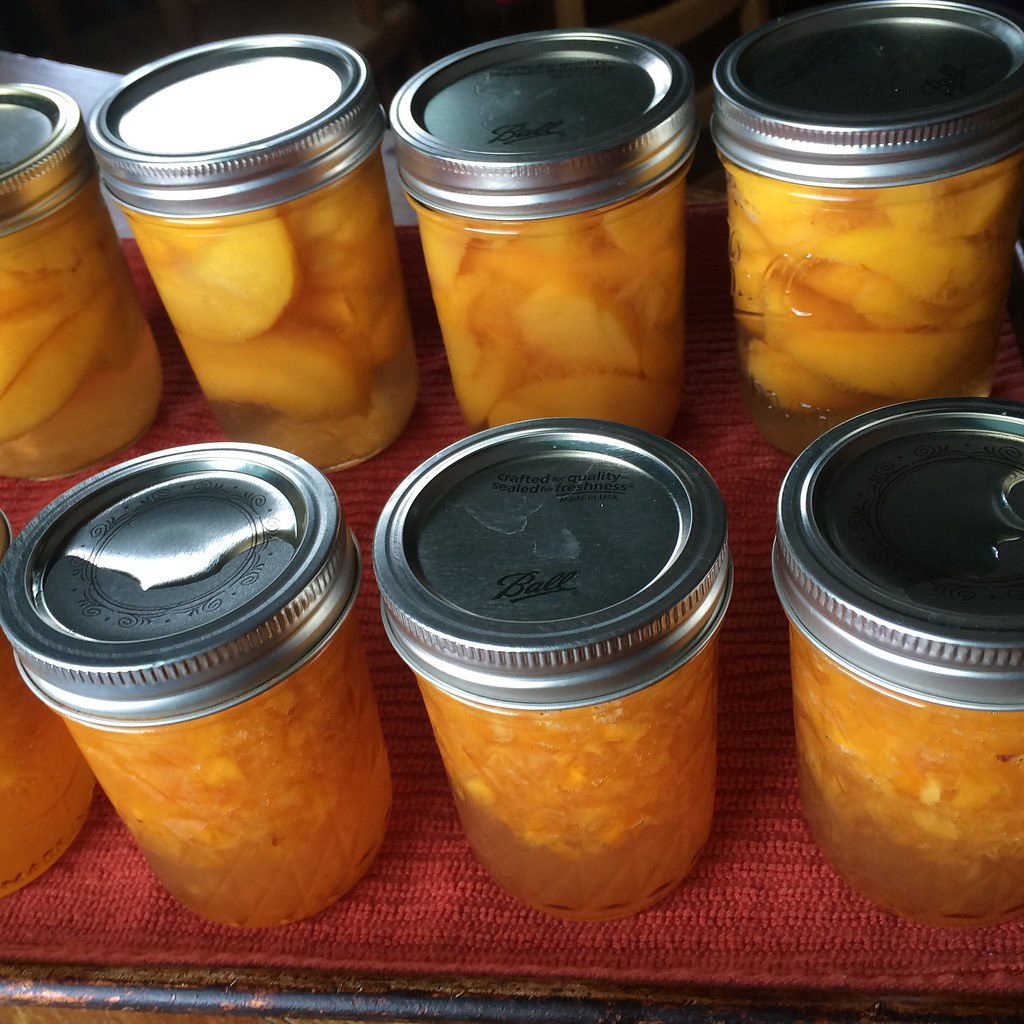 I filled six quart freezer bags with the remaining peach slices and juice. I should say I filled the bags about halfway, since I wanted to have small portions of peaches to thaw. I couldn't really see a way to freeze peaches individually, so you can use only a few at a time, rather than thawing the whole bag.

Peaches: check! Now on to tomatoes...*rolls up sleeves* 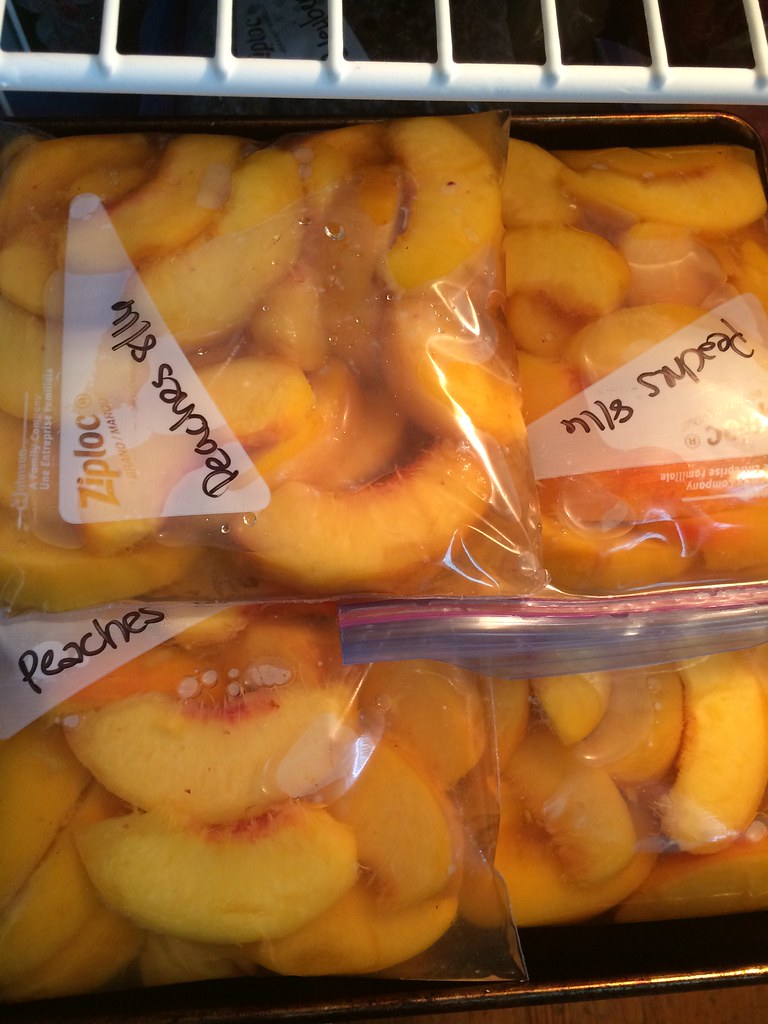