Just like my Blue Apron experience, I did something else seemingly out of character last month: I made vegan bacon. It started when I read a review of a restaurant in which someone was complaining of a lack of vegetarian options at a breakfast café, something like, "and there weren't even any vegan pancakes or bacon on the menu!" The oxymoron within that statement at first attracted my ridicule: vegan bacon, psssh. And then I was like, wait, what is vegan bacon? And thus down the rabbit hole I went. 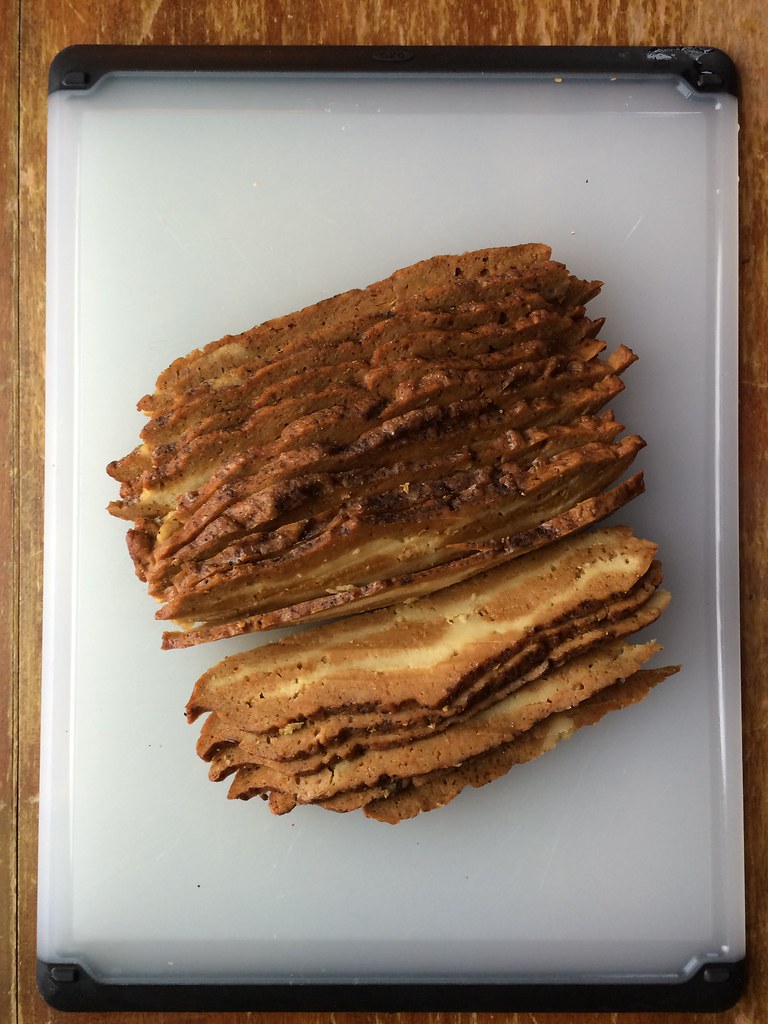 The first hit on Google for "vegan bacon" (OK, the second, but I'm not visiting the PETA site) was "The Vegan Bacon Meat-Loving Foodies Can't Get Enough Of," which like, the author must know their SEO, because I was instantly curious. The post is an ode to a particular chef's vegan bacon, claiming that many former flesh-lovers find this bacon "virtually indistinguishable" from the meat version. Excuse me, the hipster death-flesh-fetish du jour (and you wonder why vegans receive a lot of ridicule?).

Anyway, the bottom line is, I've been known to enjoy a good soy-based meat substitute, like Boca burgers, Quorn Chik'n, and Trader Joe's meatless breakfast patties. These products taste different than their meat counterparts, of course, but I enjoy that taste and feel good about reducing the amount of meat in my diet (animal rights politics aside, I think it's pretty universally accepted that raising animals for meat is terrible for the planet). So this vegan bacon recipe piqued my curiosity. Was this version (virtually) indistinguishable from meat?

Spoiler alert: of course not. But at least it was easy to make, despite the lengthy list of ingredients and some questionable dough texture. I doubt I'll make it again though, since it's currently languishing in my fridge, my dreams of crunchy, salty bacon bits or filling for BLTs left unfulfilled. Once my friend identified its flavor as reminiscent of barbecue chips, the jig was up. 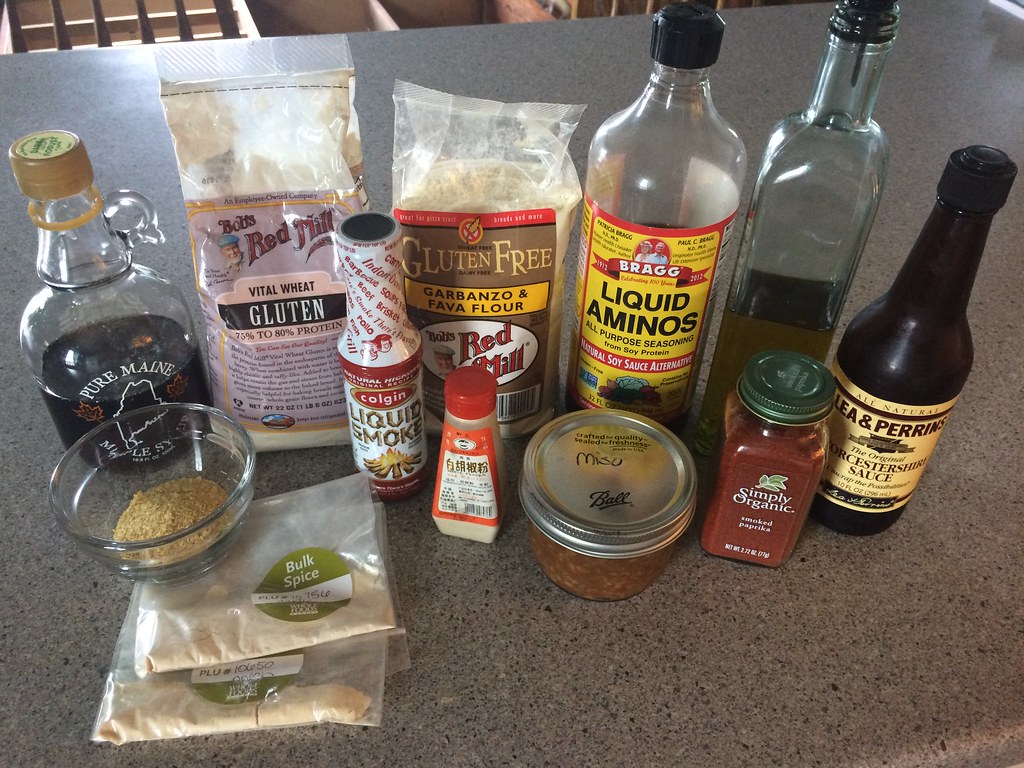 I initially was skeptical of the ingredient list, thinking vegan bacon was surely made up of tons of artificial and processed substances. But aside from the vital wheat gluten (aka seitan) and garbanzo bean flour, I was able to source all the other ingredients easily. I had many of them already too. It's basically every umami ingredient in your pantry mushed together.

The assembly requires you to make two different doughs, one dark and one light, then layering them together to create the marbled look of pork fat. 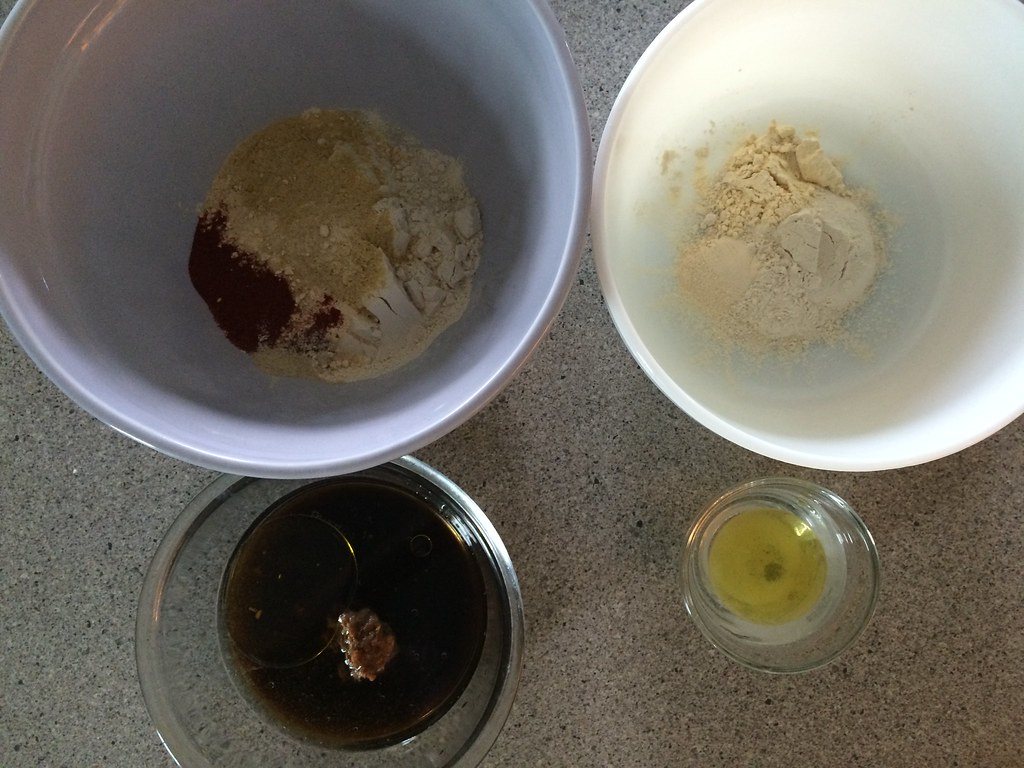 On the left is the ingredients for a larger batch of dark dough, made from vital wheat gluten, nutritional yeast, onion powder, smoked paprika, ground white pepper, water, maple syrup, Bragg's liquid aminos, liquid smoke, miso paste, Worcestershire sauce (I used regular, not vegan, so actually this is not even vegan bacon, gahhhhh), and olive oil. 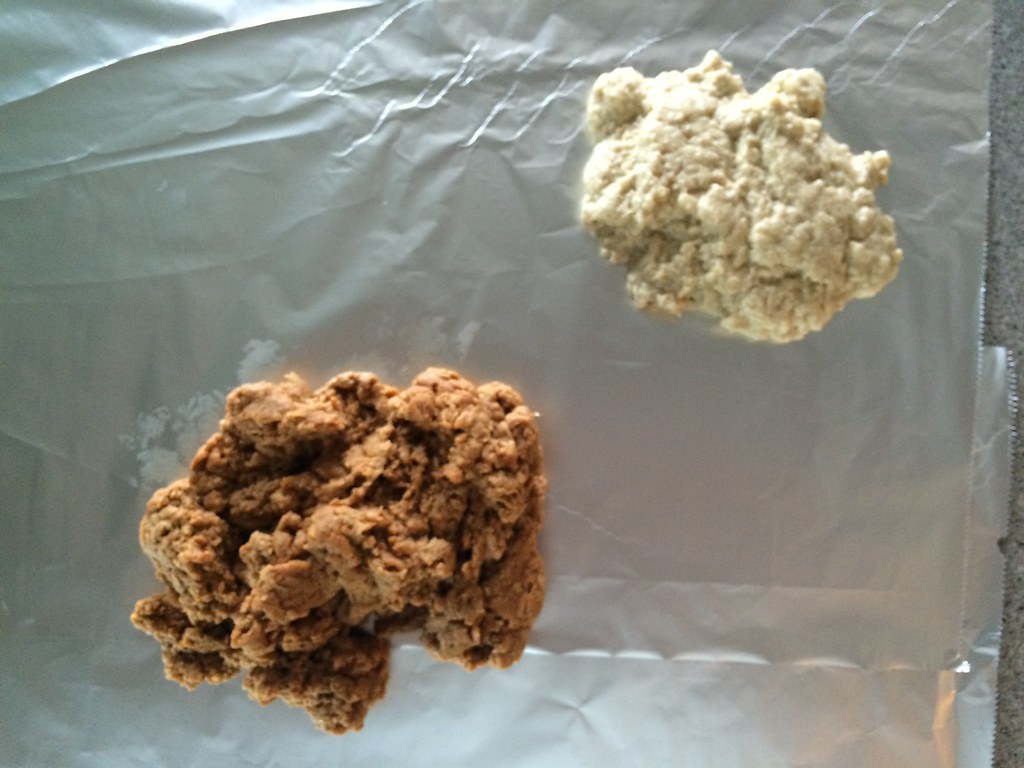 Stir together the ingredients, then lay the two doughs out on a large piece of aluminum foil. Separate the dark dough into three equal size pieces and the light dough into two. 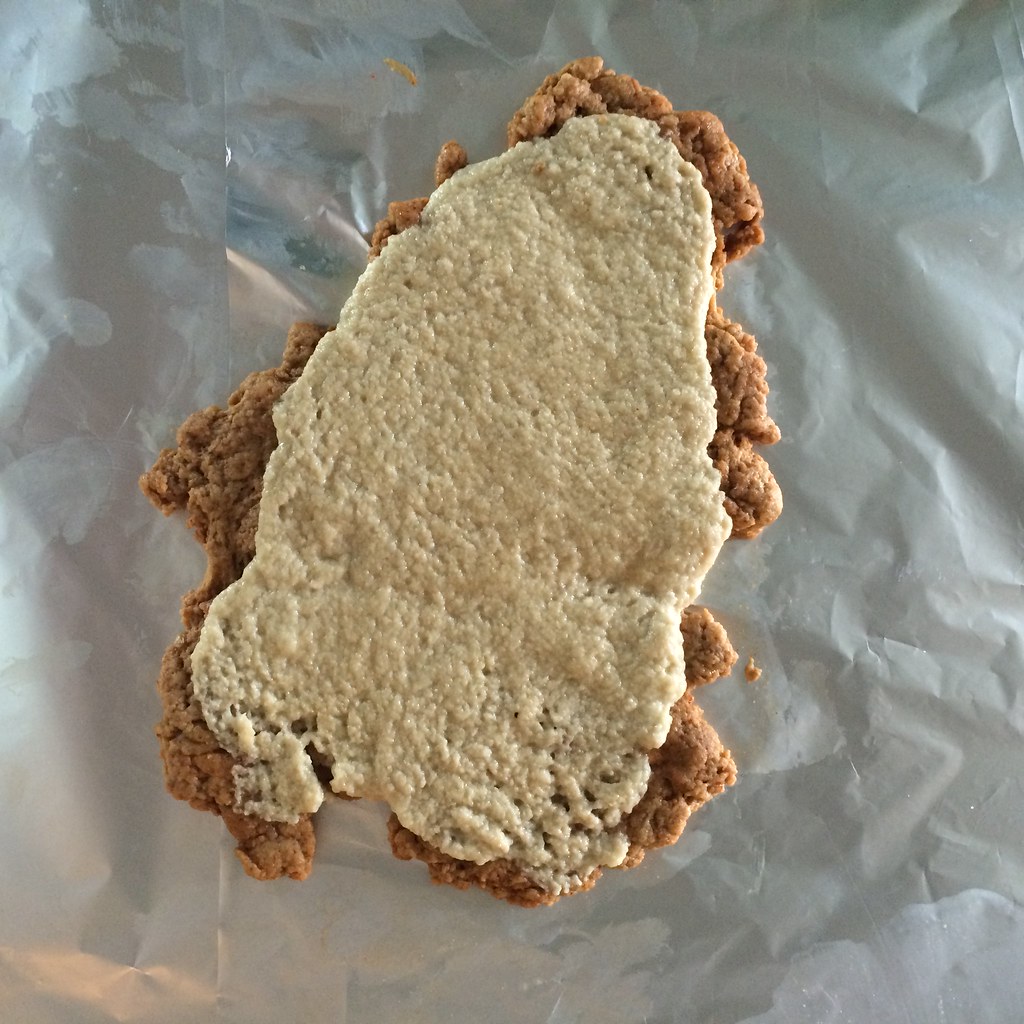 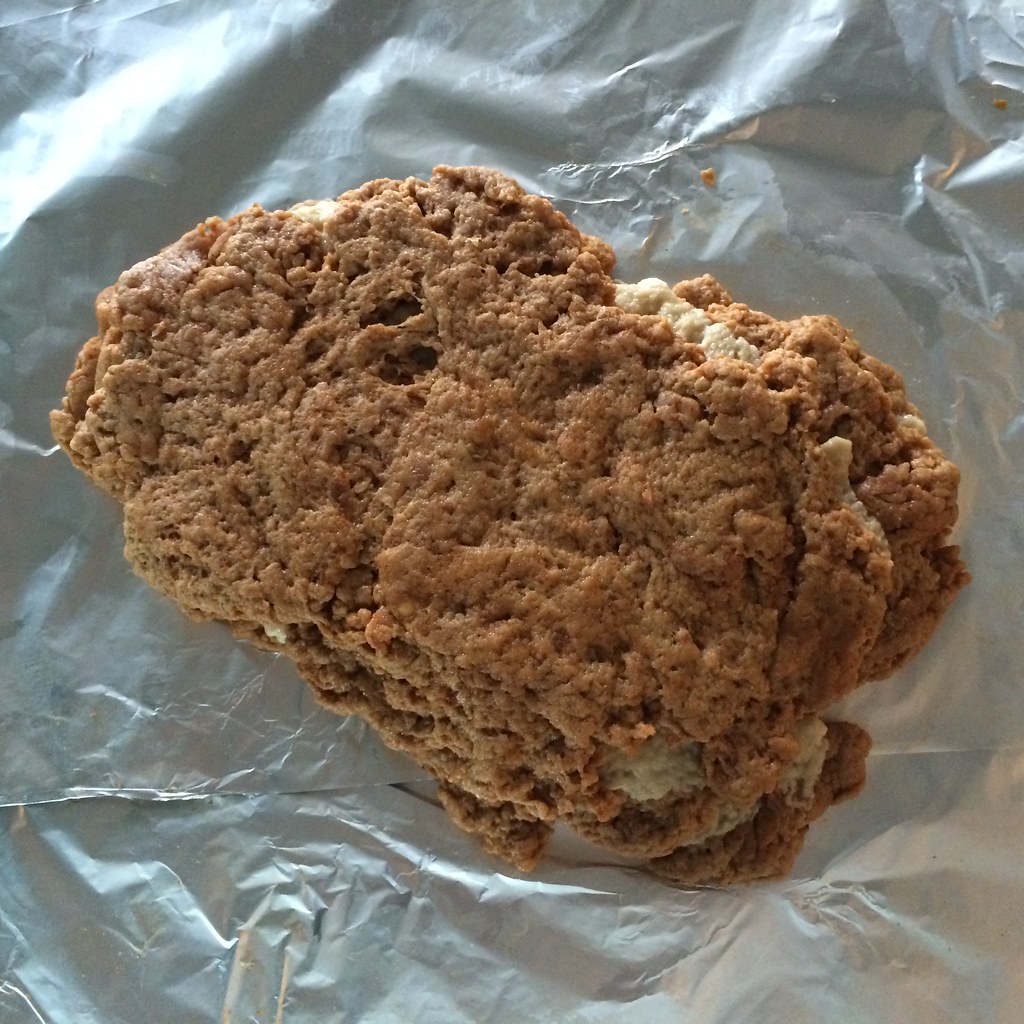 When you've finished layering the dough, shape the dough into a rectangle again, and wrap the foil up around the sides. Fold the ends under, creating a neat, sealed package. The seitan will expand to fill the size of the foil, so don't worry too much about the shape. Imperfections will only add to your ruse.

Bake the facun for 90 minutes in a 325*F oven. Let it cool completely and unwrap. 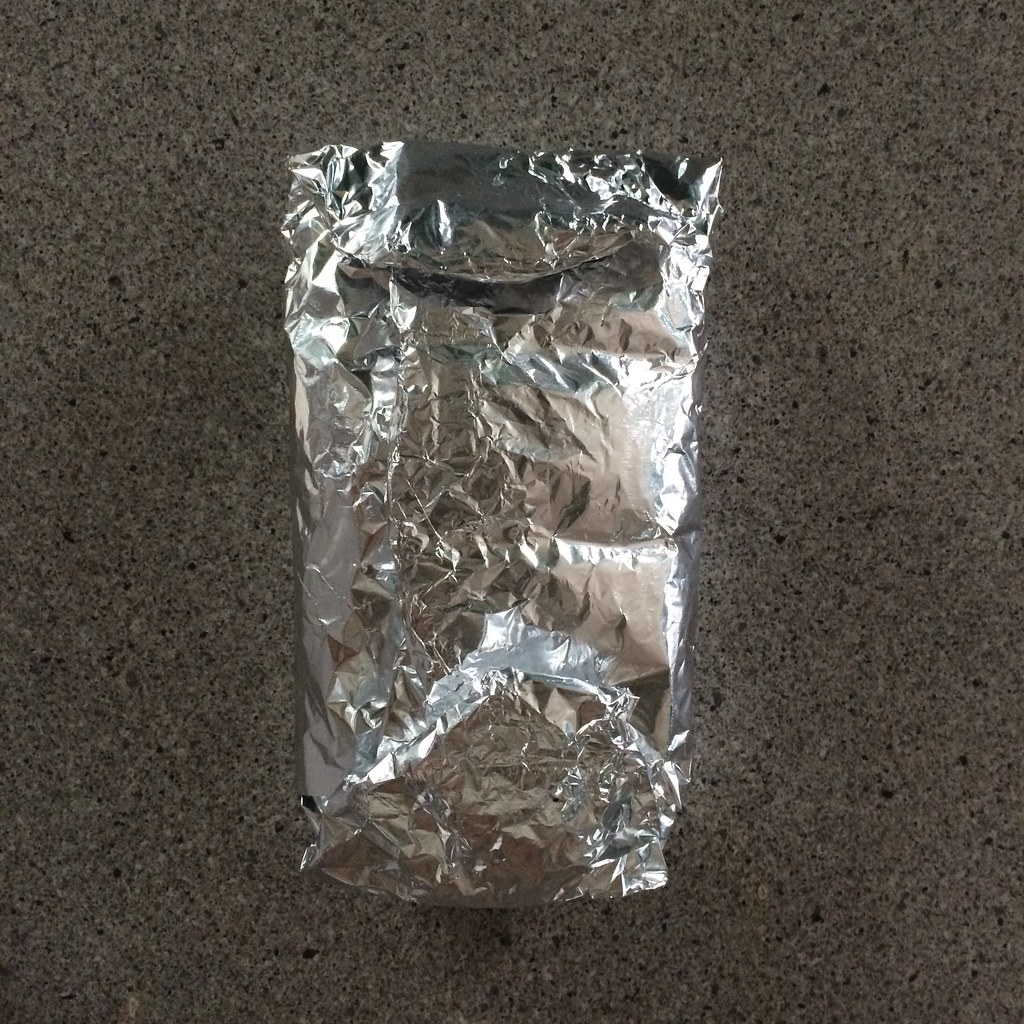 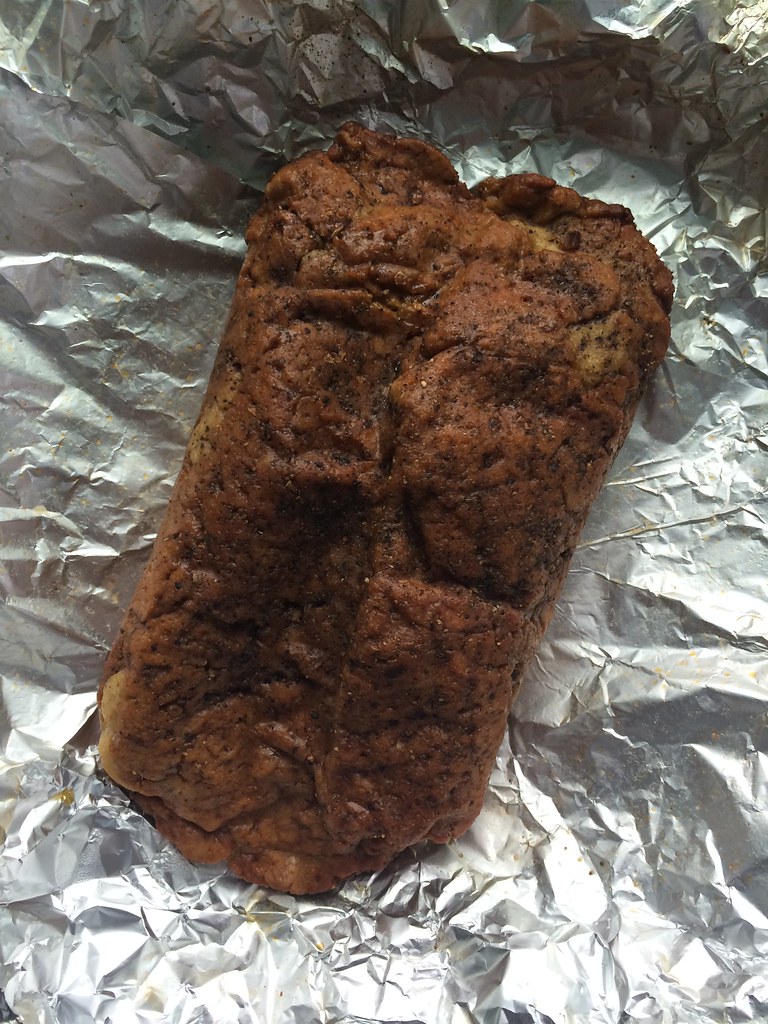 Now, I attempted to slice the bacun thinly, because I was promised crispy facun. Even with my recently sharpened knives, I wasn't able to cut it much thinner than a 1/4-inch. In the world of bacon (fake or otherwise), that's a thick slice.

I'd advise partially freezing your facun loaf before slicing in order to aid with creating thin slices. I think the crispiness would really aid in fooling your senses.

So while it was pretty, my facon didn't crisp up and still kept its springy seitan texture. The texture is the most disappointing part. You can see above the holes in the strips that indicate how spongy the stuff is. But writing this post has made me want to try the facun in more applications, like BLTs and bacun bits. I wanted so much to like it!

Ultimately, I must conclude that vegetarians and vegans are fooling themselves. If you haven't had pork bacon in years, these savory, spongy strips may very well scratch that itch. I'll continue to enjoy my meat substitutes, but this one doesn't make the cut. 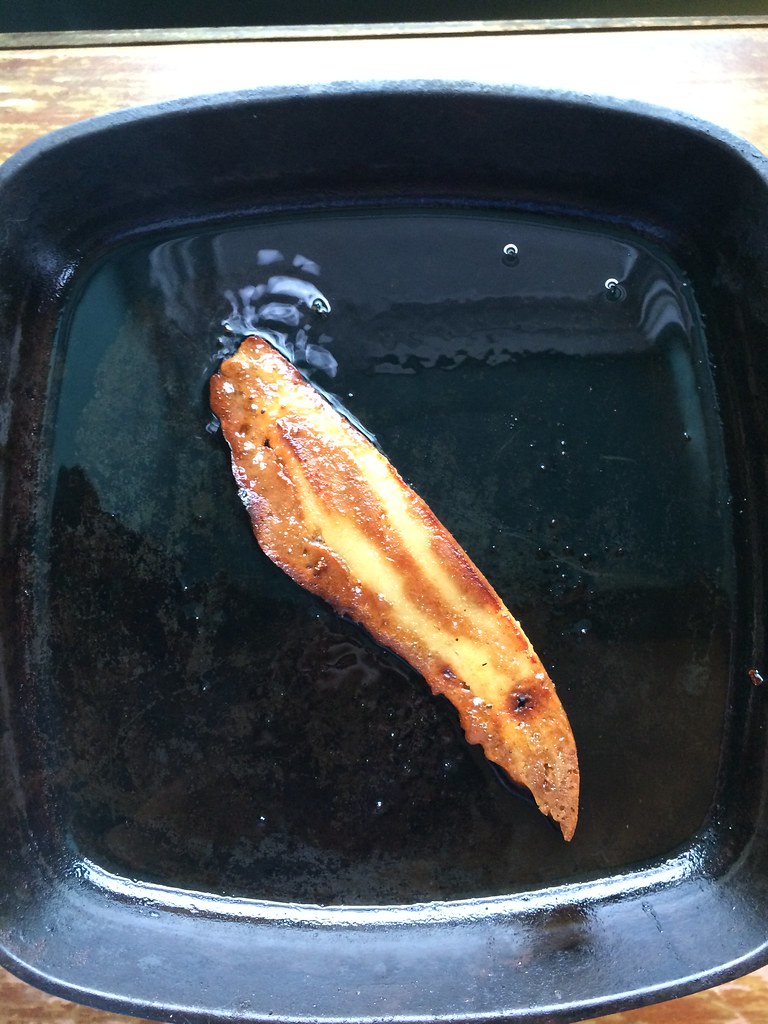