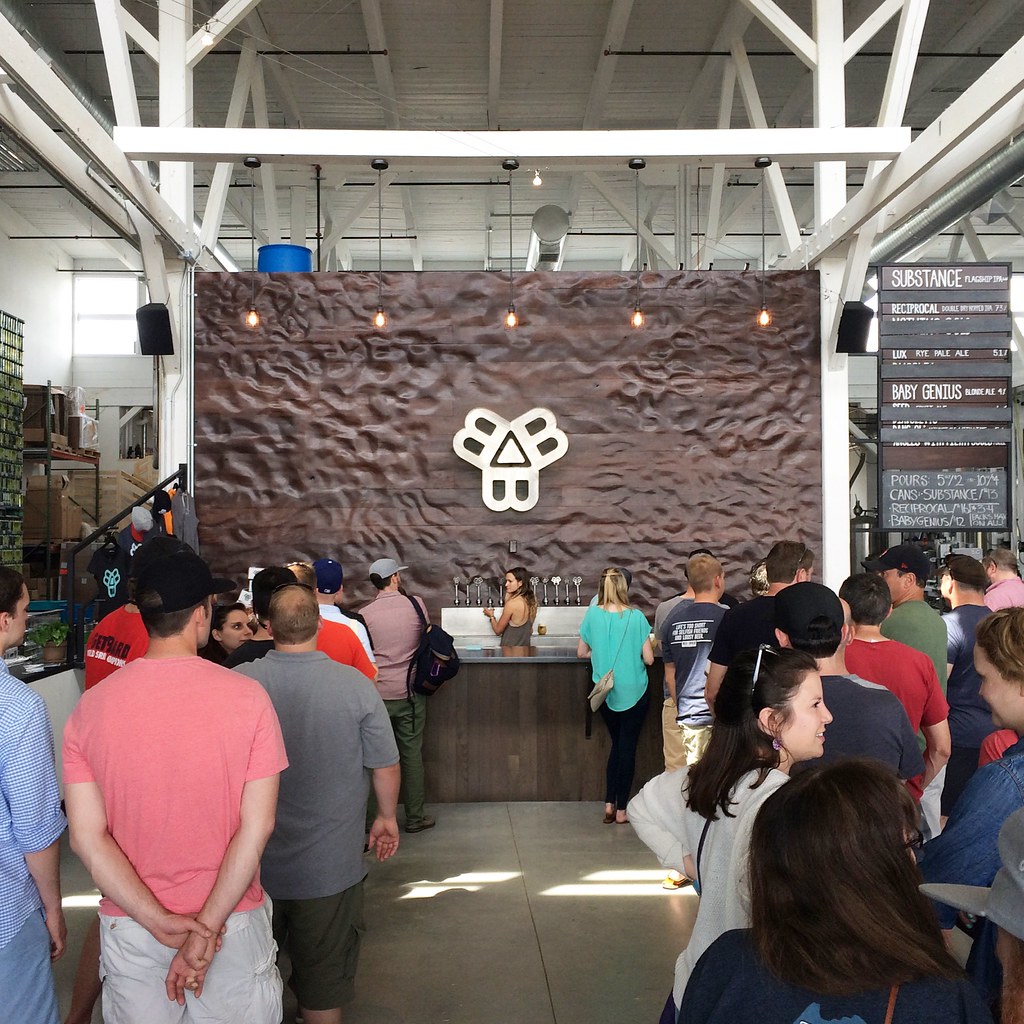 Bissell Brothers Brewing opened at Thompson's Point today, completing their move from the brewery incubator on Industrial Way. The new space is huge compared to the last one, with tall ceilings and floor-to-ceiling windows. Not only is there more space for hanging out and drinking beer, there's more space for brewing so, the brewery's capacity has expanded too, much to the delight of Bissell Brothers' fans. 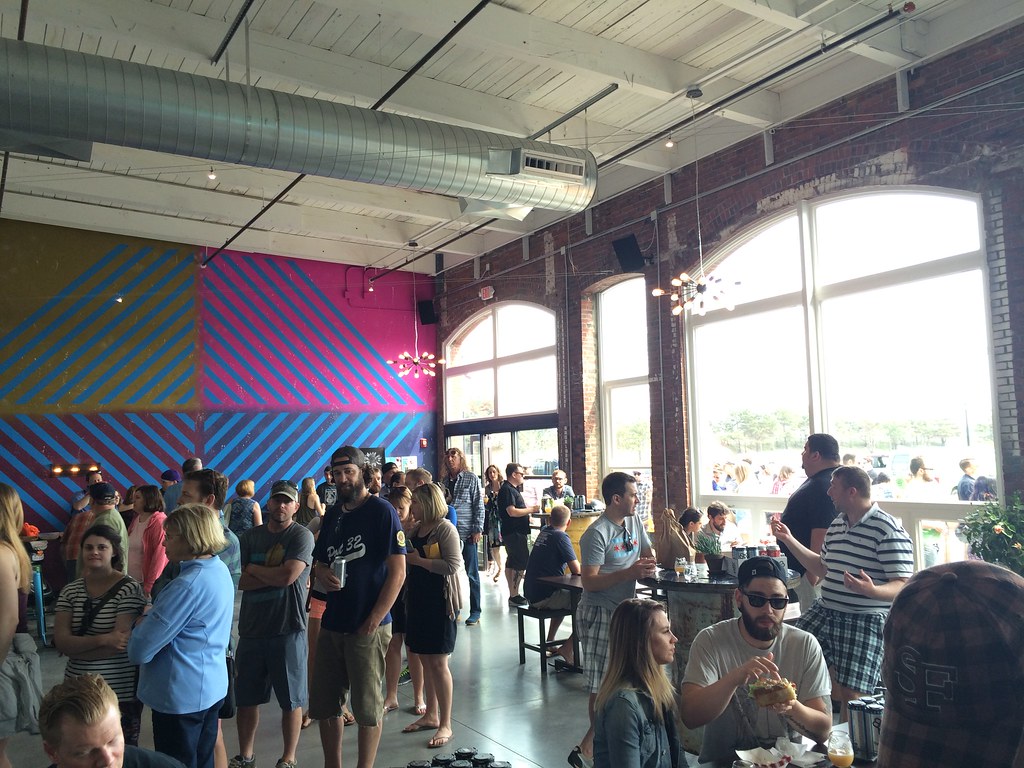 During the grand opening, the brewery was selling three types of beer in cans, with a larger capacity than in the recent past, but the beer still sold out quickly. I went to enjoy a draught beer and check out the space without trying to purchase any cans.

The new set up (at least during the grand opening) had two lines, one for cans only and one for cans and draught beer. 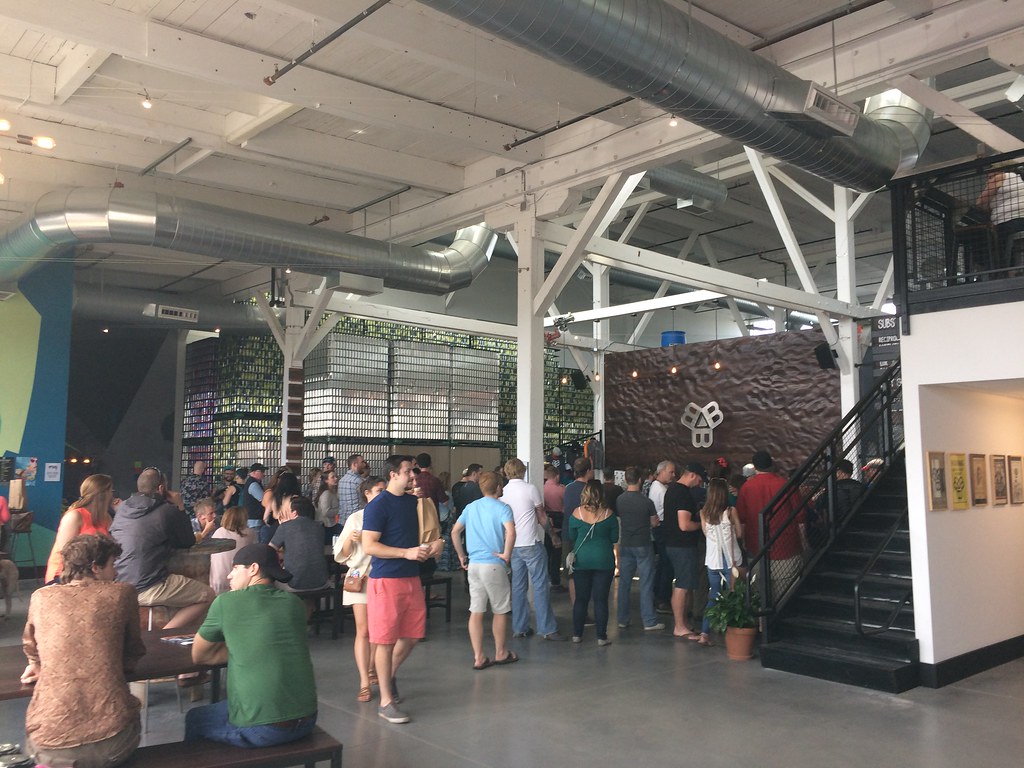 The new space has a second floor of seating, above the bathrooms, and a little pass-through to a still empty space, making us wonder if it would become the home of Jay Loring's fried chicken shack. One can only hope.

Outside, the tables and stools from Industrial Way made the move, creating a narrow patio around some landscaping. It was nice to sit outside and overlook the rest of Thompson's Point. The Highroller Lobster Co. was set up in the parking lot, serving rolls and dogs. 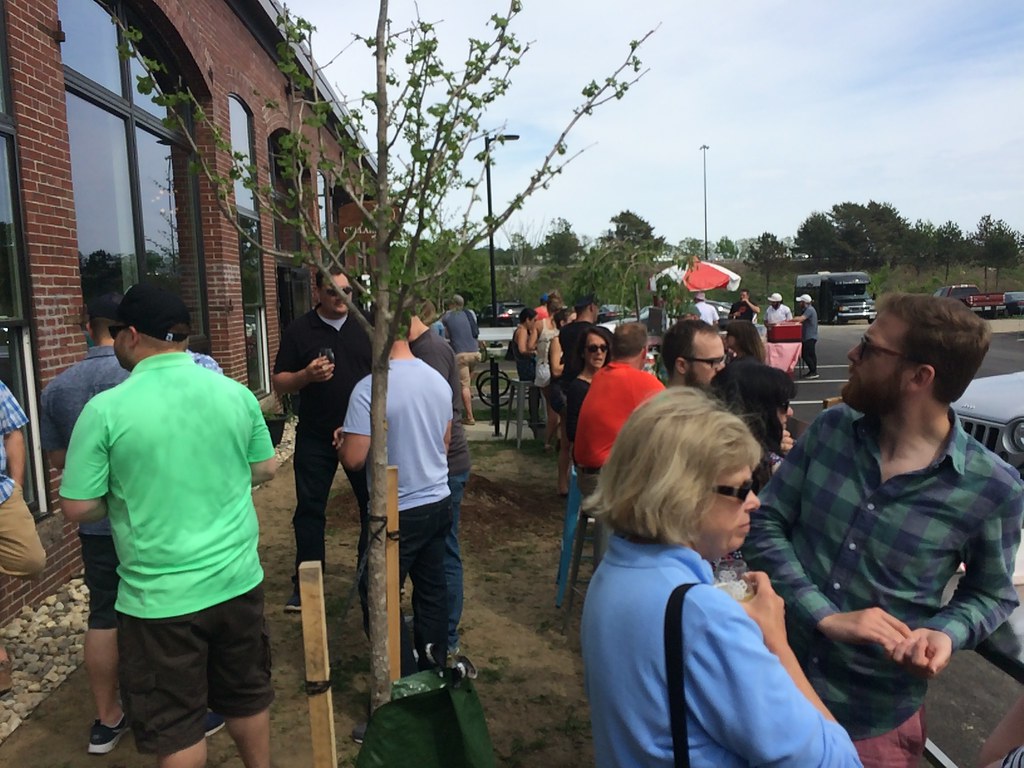 Bissell Brothers has plenty of space (and parking) for you now, so head over to their new space at Thompson's Point for some beer. They are open Wednesday and Thursday from 12-6 p.m., Friday and Saturday from 12-8 p.m. and Sundays from 12 to 5 p.m. 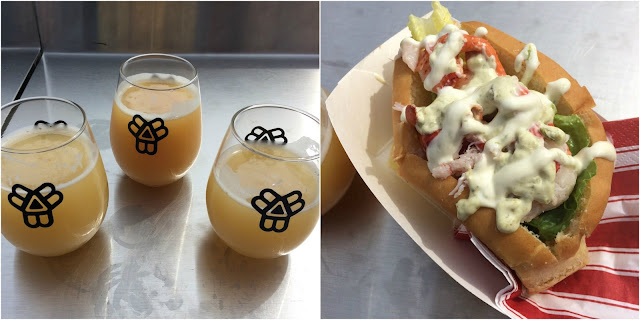