I spent yesterday afternoon at Liquid Riot, with the members of Friends of Evergreen Cemetery, giving a talk to commemorate the 161st anniversary of the Portland Rum Riots. Mayor Neal Dow is buried at Evergreen Cemetery, and the group leads tours covering the history of the rum riots. Rather than rehash some well-worn material, I opted to discuss how the laws formed since the end of Prohibition affect the burgeoning craft distilling industry today. I enjoyed a Hemingway Daiquiri, featuring Liquid Riot's Rhum Blanc, Luxardo, grapefruit and lime juices. 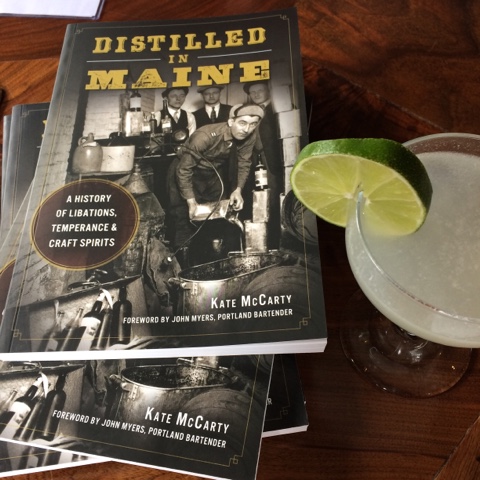 This afternoon, the Friends of Evergreen Cemetery continue their commemoration with a (dry) talk at the Neal Dow House. Dr. Eileen Eagan, Associate Professor of History in the Department of History and Political Science at the University of Southern Maine, and Portland historian Herb Adams will be speaking about the 2 prominent figures of Maine's temperance movement: Lillian Stevens and Neal Dow. It will also be an opportunity to check out the Dow House, an incredible museum dedicated to one of Portland's most interesting figures. The talk starts at 4pm.