I'm really getting into home bartending. While I love going out, sitting at the bar, and letting someone else prepare me a delicious cocktail, I'm also embracing the challenge of making high-caliber drinks at home. For one, it's decidedly cheaper! And it's fun to explore the world of liquors and liqueurs.

After a recent spate of delicious Mai Tais (at Maison Premiere in Brooklyn and Eventide), I decided I wanted to tackle making the best version at home. Fortunately, many before me have done the heavy lifting of figuring out which rums are best for the drink.

Original Roomie A. picked up Appleton Estate, a Jamaican rum, aged for 12 years, and the Clement Creole Shrubb, a rhum agricole infused with orange peels and spices (both available at RSVP in Portland). The other uncommon ingredient in a Mai Tai is orgeat syrup, a simple syrup infused with toasted almonds and orange flower water. You can make your own, but A. went to Vena's Fizz House and bought B.G. Reynolds'. I'm still eyeing Small Hands Foods version, but we have enough to last us a while now. 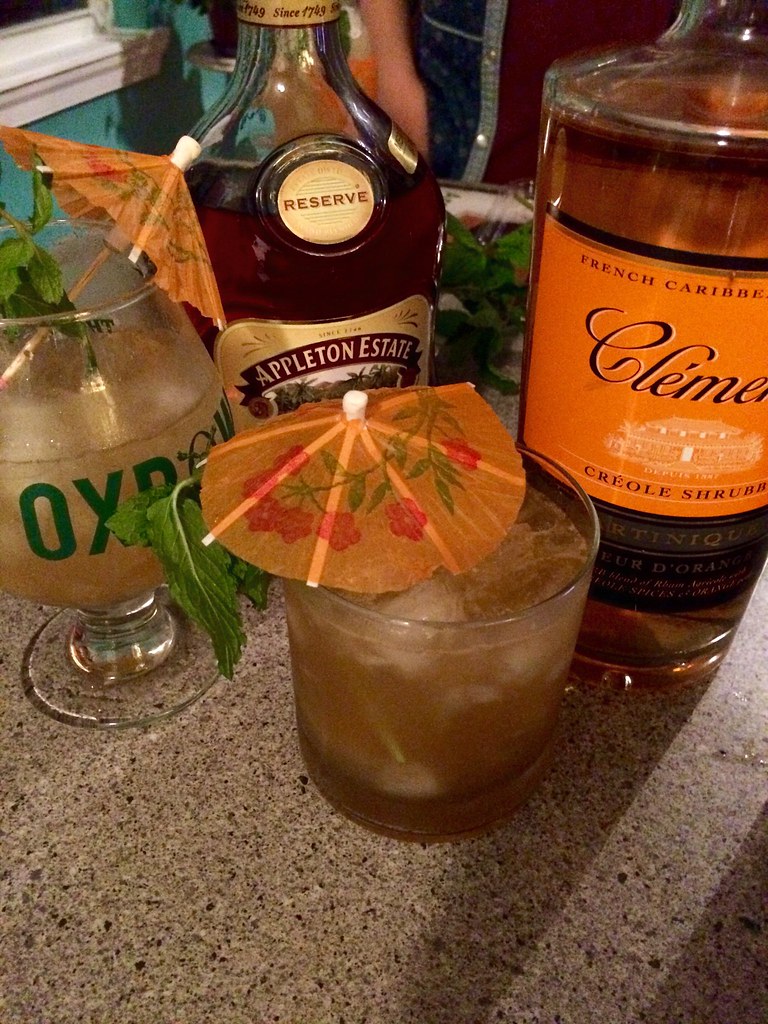 Once you've dropped some dough at RSVP, the hard part is over. Now you just need to make up a turbinado (aka sugar in the raw) simple syrup of one part sugar to one part water and squeeze some limes.

Combine all ingredients in a cocktail shaker over ice. Shake vigorously and strain into a glass filled with crushed ice. Garnish with paper umbrella, lime wheel, and mint spring.

For good measure, we had a backup drink for after those easy-drinking Mai Tais disappeared. I'd previously frozen pineapple juice in ice cube trays after a mid-winter pick-me-up Pina Colada session. I combined those, some Myer's rum, some Cream of Coconut, and some lime juice in the blender. After some questionably unsafe techniques were employed with a small saw, screwdrivers, and a rolling pin, we hollowed out some coconuts and enjoyed our tropical drinks out of them.

It's almost summer, I can feel it.

Have a good weekend! 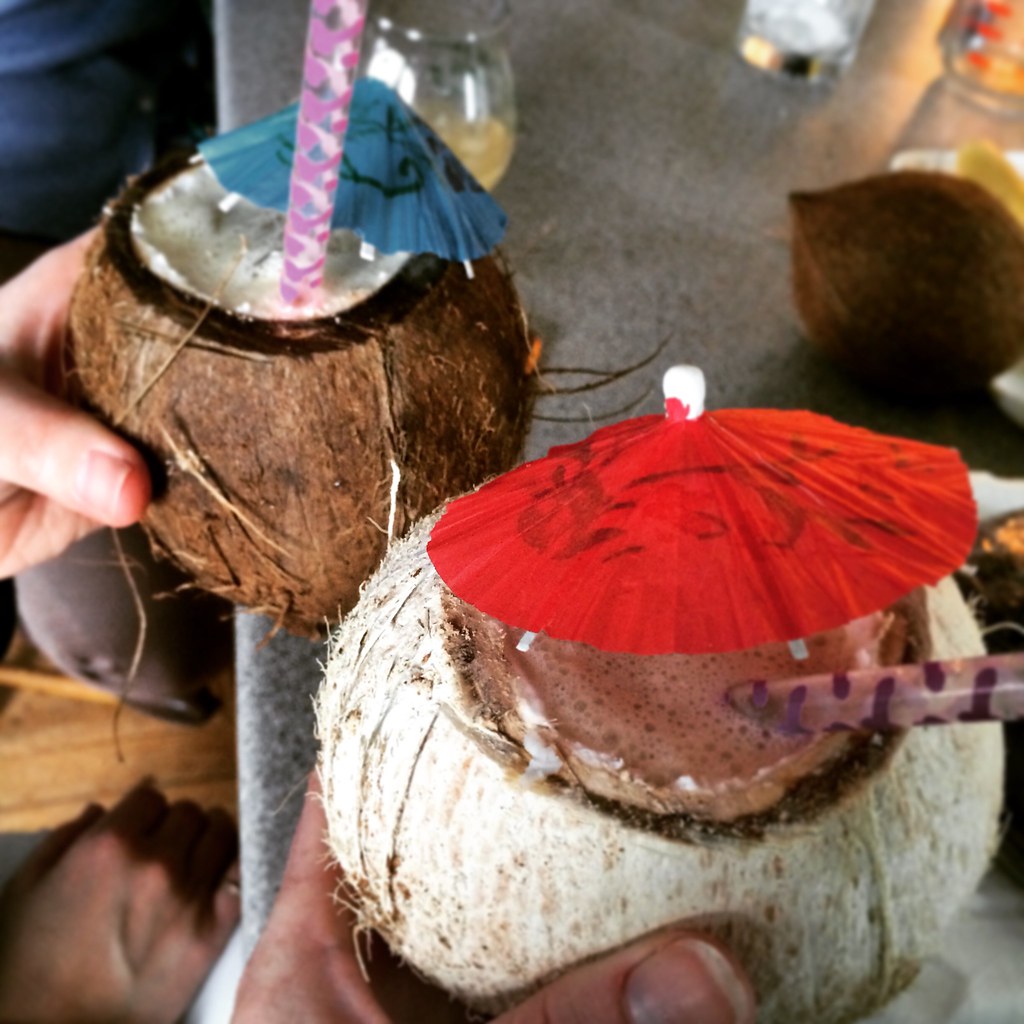