Dispatch magazine is back! Or rather it's under new management, but it's more exciting to say it's returning with a vengeance. And with it, more writing from yours truly as I'll be contributing, hopefully on the reg. The magazine was revived with support from Down East magazine, which means that while Dispatch has its own staff and freelance writers, it now receives publishing and editing help from Down East.

You can find your complimentary copy around Portland, and in it, you'll see some of the same bold photography and layout that Down East has been embracing lately. The May issue has a "50 Takeout Dishes" in Portland spread, and I contributed the first 10 or so items.

I also contributed to a short piece about CSA options in Maine. I tried to select farms that represents a variety of different approaches to the model, including the farm from which I get a CSA: New Beat Farm. The farm is in Waldo, but they deliver to Munjoy Hill. It's one of the (if not the) most reasonably priced shares, at $400 for 18 weeks. 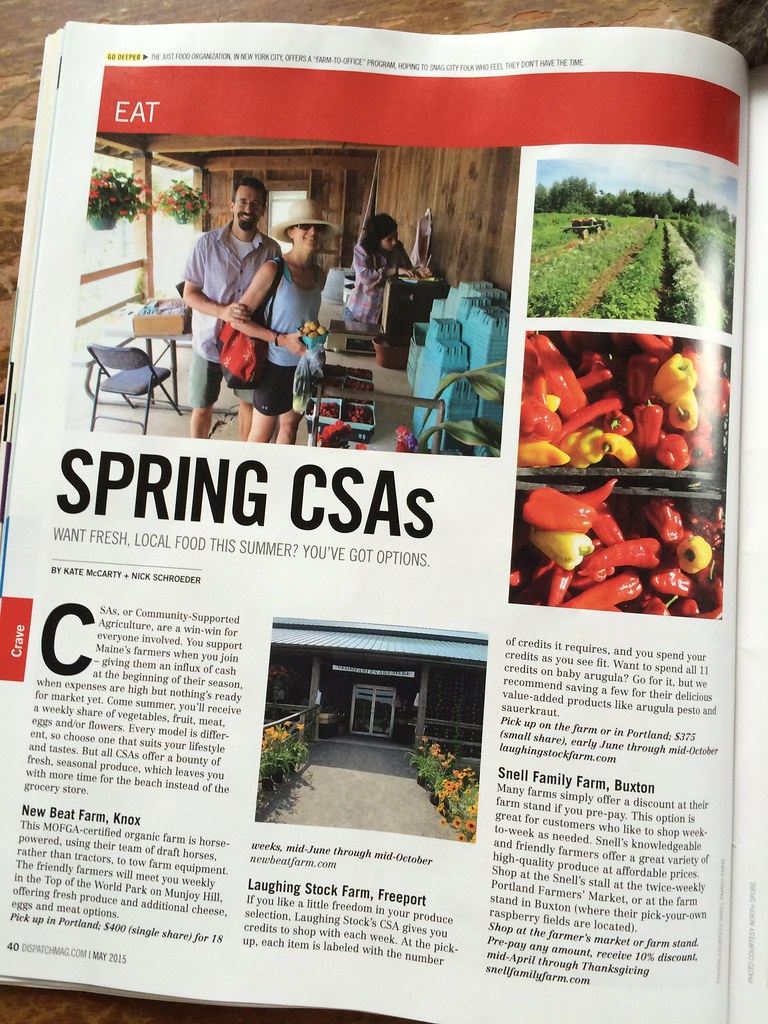 The Portland Farmers' Market moved outside this week (!!!), a good sign of the seasons changing. Change, dammit. We'll soon have locally-grown rhubarb, peas, strawberries, and greens. I'm ready to move away from hearty, earthy vegetables.

In the meantime though, I brightened up my diet with a share from Casco Bay Organics. This local company delivers shares of organic fruits and vegetables to your door every week. Beth, their operations manager, got in touch with me and offered me a week's share to enjoy. I eagerly accepted, and signed up online, where I could see what was coming to me. After that, I could even substitute out any dislikes for more desirable items. (I think I swapped a bunch of cilantro for some green beans.)

My weekly share included: two oranges, two apples, four bananas, an eggplant, a bunch of purple curly kale, a bag of green beans, a bag of mushrooms, and a bunch of broccolini. It easily made 4 to 5 meals for two. I made eggplant parmesan, sauteed green beans and mushrooms to serve alongside mashed potatoes and pork chops, and a chicken and veggie stir fry to use up whatever was left. 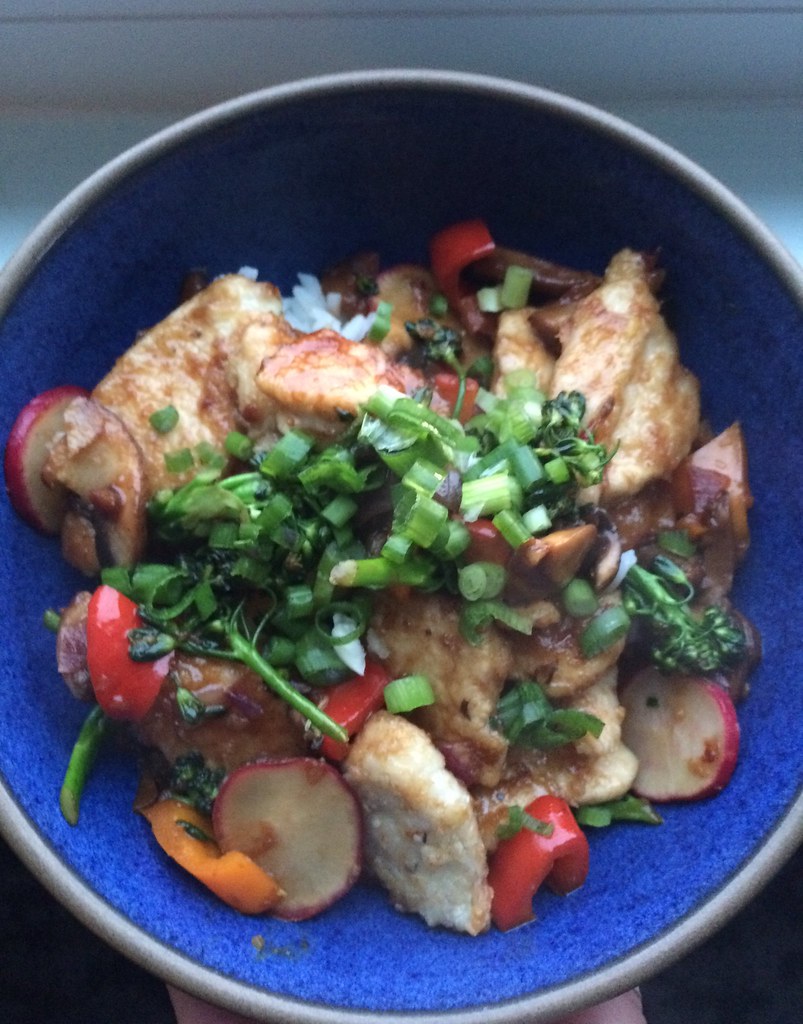 A small share from Casco Bay Organics is $34 for a week. The company is locally-owned and uses produce from Maine farms when it's available. Obviously this mid-April share wasn't local, but we'll be seeing the local produce roll in soon enough!