Rejoice! The Bramhall Pub has opened again! Under new owners/management and with a new name (just 'Bramhall' now), but still with the same subterranean, dare I say, dungeon-esque feel. It's so exciting to see the space again - it's been over 5 years since I've been, and the details had become a little faded in my mind. 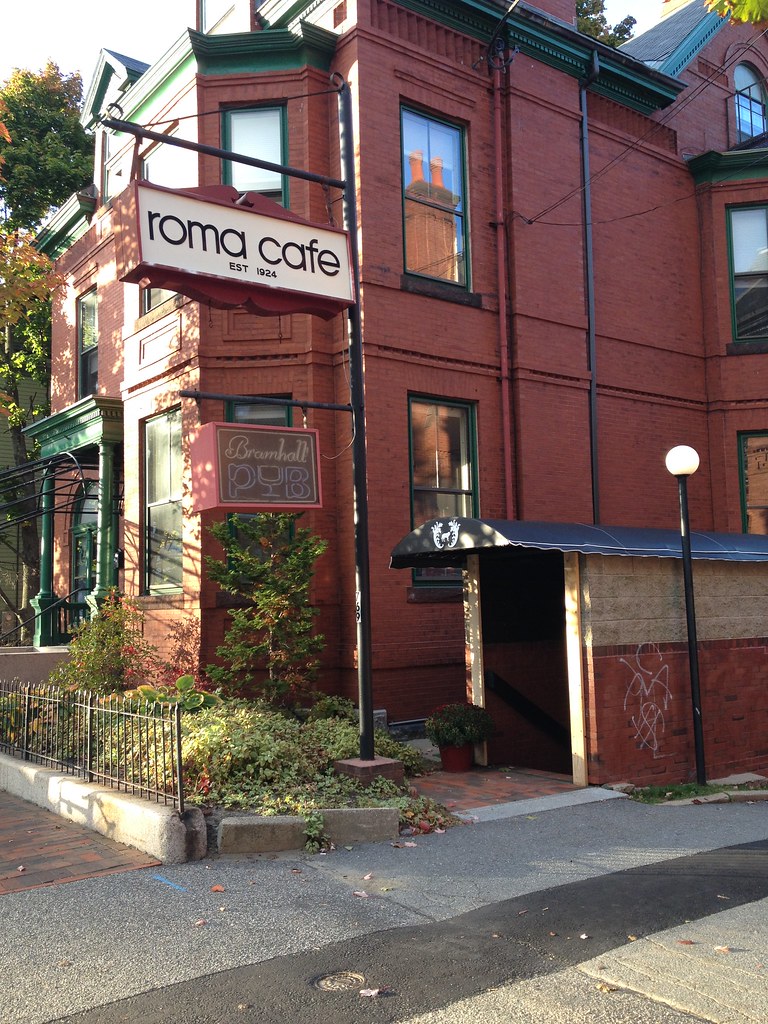 The bar has been moved to a side wall, rather than directly in front of you when you walk in. Shelves stacked with liquor line the walls behind the long bar. Several brick archways and columns create smaller divisions within the bar, with tables and banquettes lining the walls. We sat in a table that fit 6-8 comfortably, and I overheard our sever explaining that the banquette folds up to make way for the band - the Jerks of Grass, who played from 9-12am, just like in the old bar. The pool tables have been removed, making way for more tables in the back room of the bar. 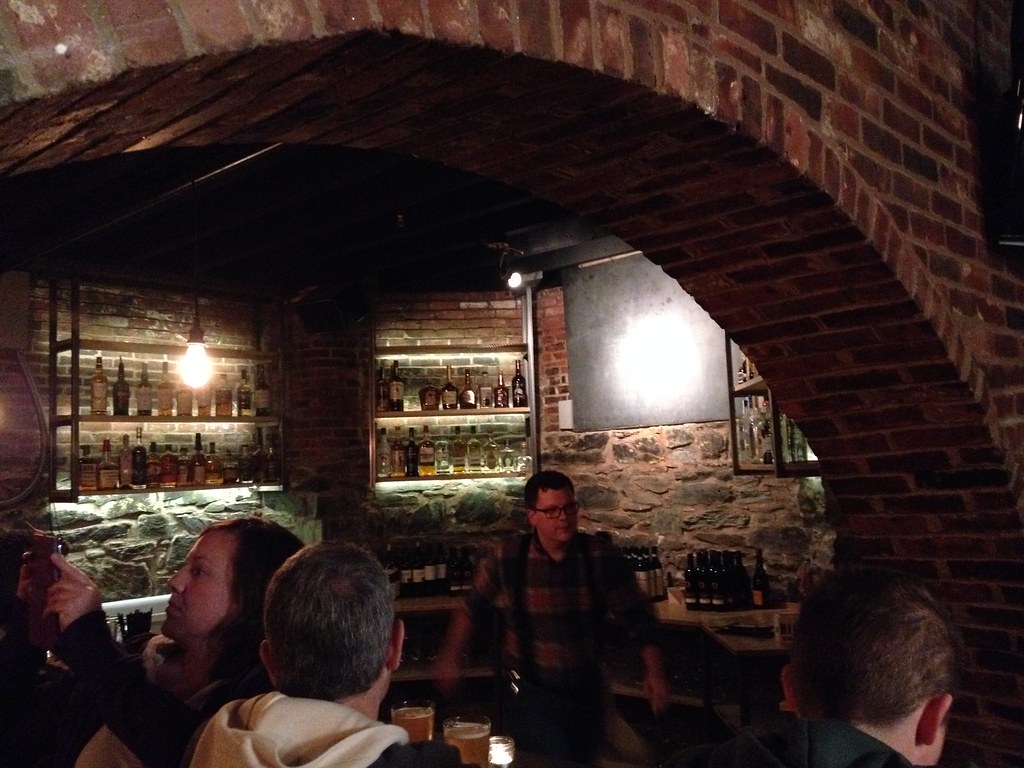 Because it was the bar's grand opening, it was full, but never felt packed or too loud - I didn't find myself screaming at my tablemates at any point in the few hours we were there.

We started with two speciality cocktails: the Scofflaw: bourbon, Cocchi Americano, housemade grenadine; and the Nurses' Aide: light rum, grapefruit, honey simple syrup, with a dark rum float. The printed menus are beer and wine, with the speciality cocktail list in the works. The extensive bar selection indicates they'll have a nice variety. Both drinks were very tasty and drinkable, others in our party enjoyed Banded Horn and pinot noir. 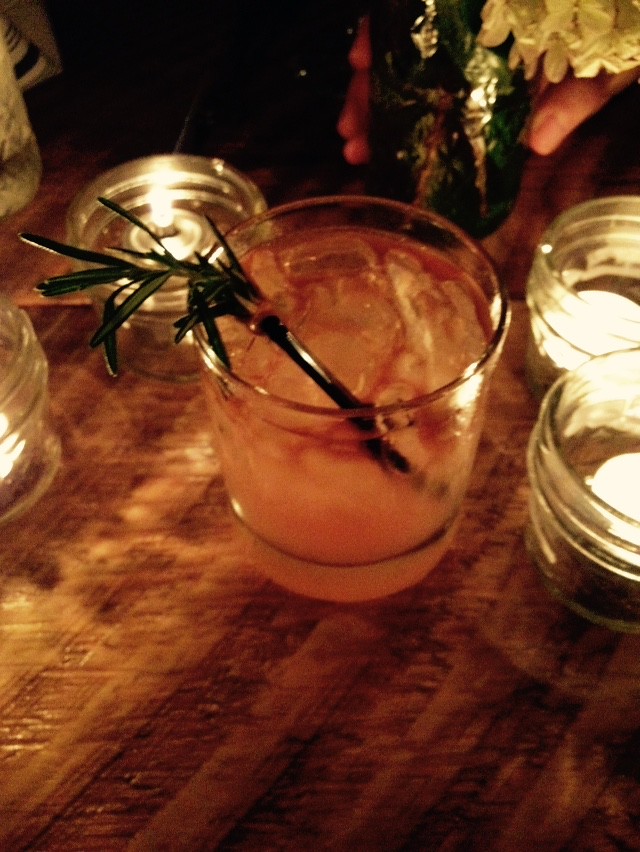 There's a great food menu too - which is very different than my recollection of the old Bramhall! We tried several items - the loaded crips were a standout. Thinly-sliced potato chips were topped with bacon, green onions, and cheese curds ($8). They disappeared fast. We also ordered several dishes for the table to share meat plate, a cheese plate, and the Caribbean jerk wings. The bite I had of a friend's burger was outstanding - it was medium-rare, perfectly tender, with bits of bacon inside the burger. 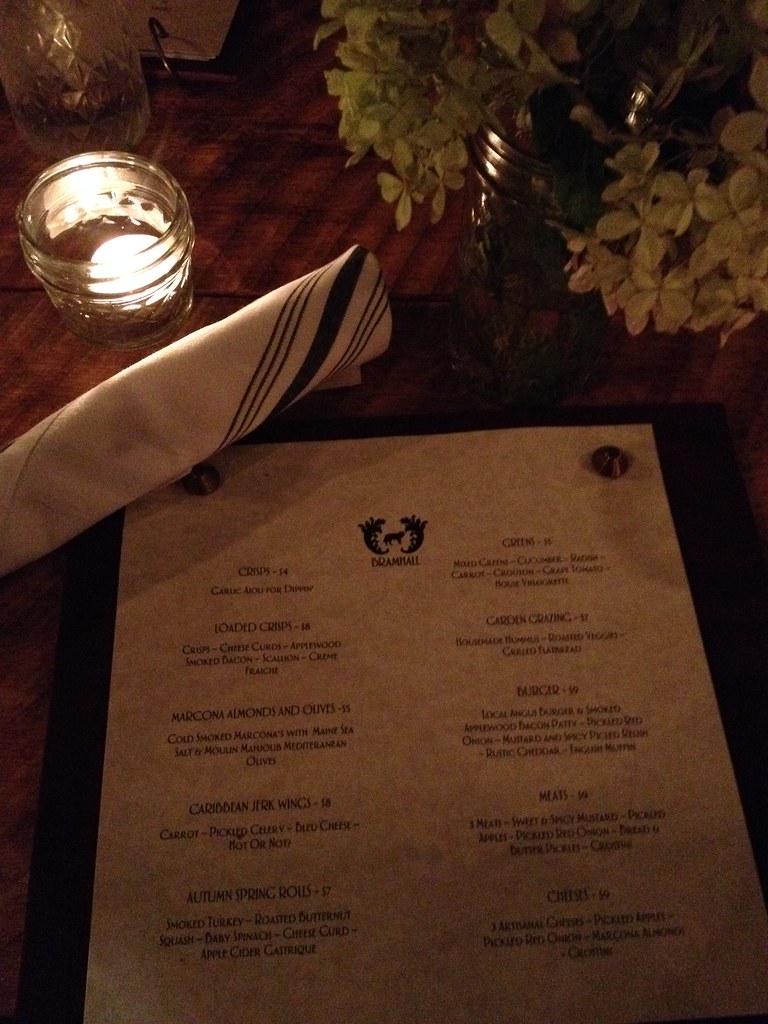 I'm so excited to have the Bramhall open again and look forward to my next trip there. The vibe is speakeasy meets dive bar, and so if you like drinking in dimly-lit bars, this is your place.

Bramhall is at 769 Congress Street and is open from 11am-1am. 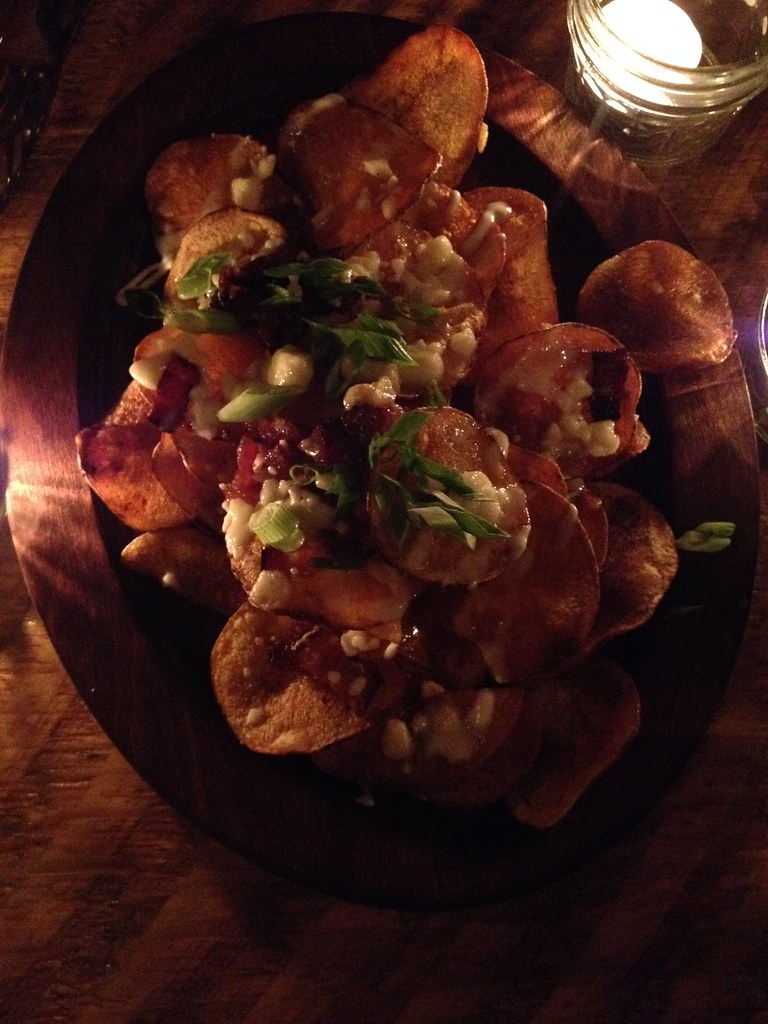