I was excited to have happy hour at the new Bonfire Country Bar on Wharf Street in Portland. My country-lovin' friend LBK wanted to go, and I was intrigued by their self-service beer wall after reading about it on Eater. After a courage-fortifying drink at Central Provisions, I made my way down the cobblestoned Wharf Street, following the sound of a loud countrified version of "Wagon Wheel." Once inside the open entrance, we were greeted by some plaid-clad, jorts-wearin' hostesses. They got us set up with our self-service beer wall cards and we picked out a table. 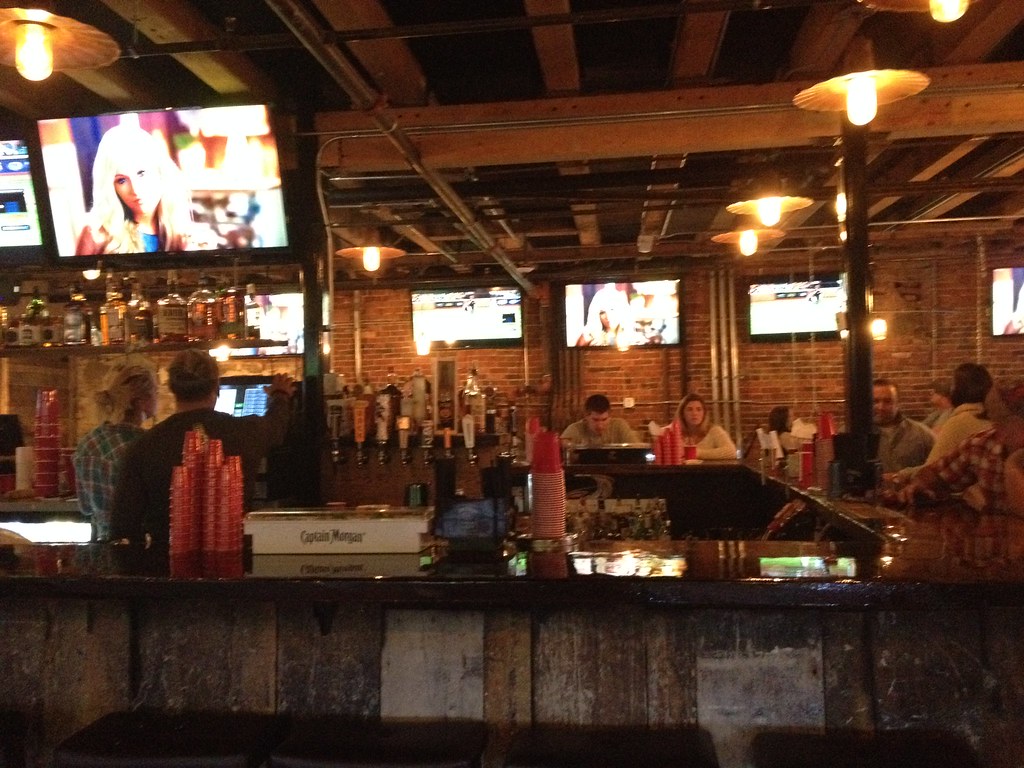 Of course, Bonfire takes the country theme and runs with it. There's saddle stools, tire-swing seats, and Solo cups. It's a brand new bar and looks it; but the whole thing feels rather...corporate. And indeed, Bonfire is owned by a hospitality group that also owns Wharf 51 (across the street) and FortiFem Martini Bar (next door). I was shocked to learn from the back of my beer wall card that there was even a place called FortiFem Martini Bar. So that right there let's you know where I'm coming from.

The staff (mostly ladies, aside from some beefy door guys and bartenders) was very friendly and quickly offered us free bacon after we sat at our table. We obviously accepted, but didn't eat much of the cold, flaccid strips that arrived. Never mind that though, there was a self-service beer wall to be explored. 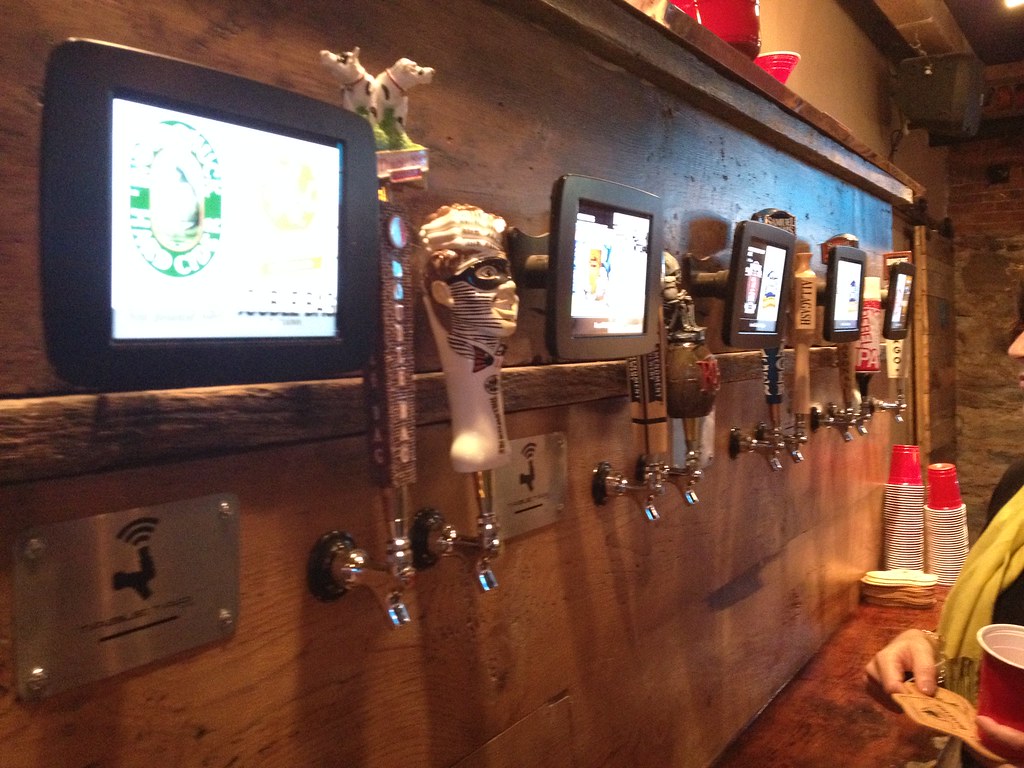 After you purchase a beer wall card ($1), you load it up with money (the hostesses recommended $12-13 for about 2 beers) and head over to the wall. The wall is very close to the bar, so you're never very far from a staff member if you need help. There are 10 beers to choose from, each ranging in price from $0.35-0.40 per ounce.

I enjoyed the novelty of the DIY (pour-it-yourself?) beer wall. I only tried two beers, the Sam Adams IPA and the Rogue, but the wall allows you to sample small pours of several beers. LBK was able to try a smidge of the suspicious-sounding watermelon beer without committing to a pint - although yes, most bartenders will offer you a sample of something before you order your drink.

Now that I've thought about it for a while, the beer selection from Bonfire's self-service beer wall is really strange. The wall is stocked with craft beers that aren't cheap. Neither are the walls themselves. According to an IndieGoGo page for a Freeport bar in the works, these self-service beer walls can cost up to $13,000 for a 10-tap wall. The bar, however, is planted squarely in the heart of the drunken, debaucherous shit show that is weekend nights on Wharf Street. If the wall served flavored vodka shots and Coors Light, it'd make more sense to me. I just don't know who their target audience is with this thing. The beer wall would be more at home in a place like Little Tap House, a place known for its wide selection of Maine craft beers. 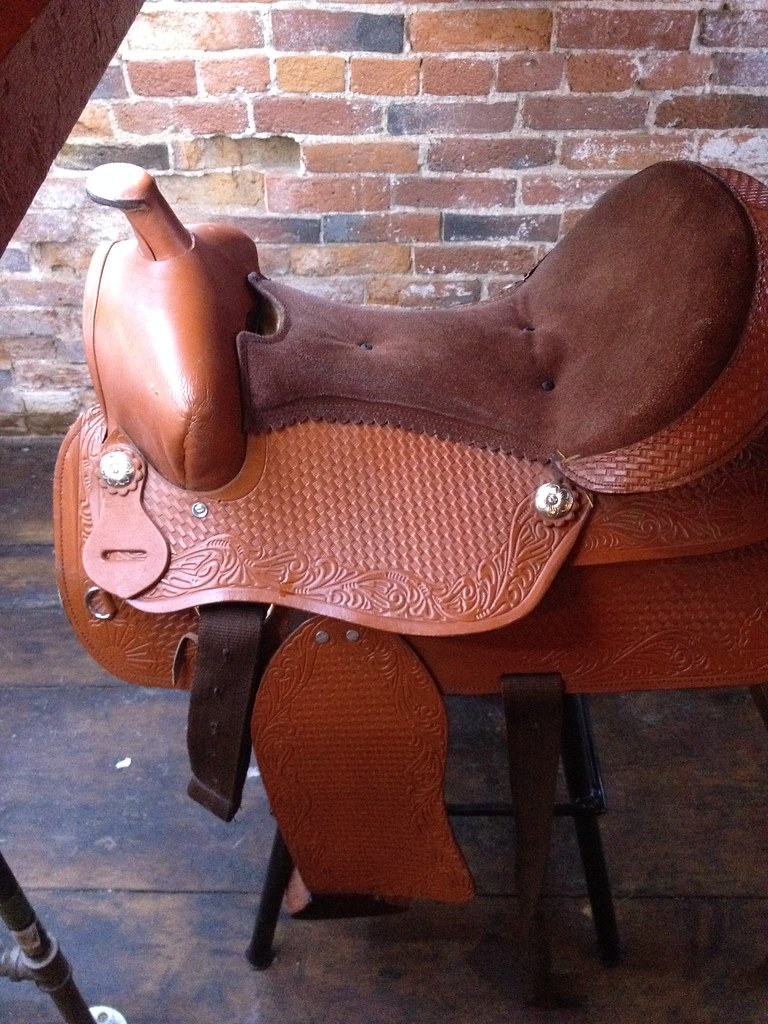 Anyways, after our stint at the wall, we took our red Solo cups (I'll fill you up!) and saddled back up to catch up. My legs fell asleep a few times in the saddle (and yes, I tried to sit side-saddle too), and the noise level in the bar slowly grew, until it was 8PM and we were shouting. We ordered some food from the surprisingly large menu, but were disappointed with the tepid french fries and off-tasting fried green beans. Bonfire doesn't have a kitchen, so the food is ferried in from next door. But the fried food quickly deteriorated during its trip between the two bars.

Bottom line: If you're interested in going to check out Bonfire, I'd recommend eating elsewhere, and going on the early side if you wish to avoid the crowds and resulting noise. (Unless you're in Bonfire's target demographic, and then have it. I'll be home by then anyways.)