I went over early in the evening to check out the renovation of the former home of the West End Deli and to nosh on some dumplings - the perfect comfort food for the perma-storm we're having this week. The restaurant space looks much larger than when it was filled with dry goods, wine racks, and a deli counter. The decor is modern with black tables and chairs, industrial lights, and banquettes covered in fabric printed with flying dragons. One wall is dominated by a back-lit metal sculpture of a flying dragon. Pretty cool. 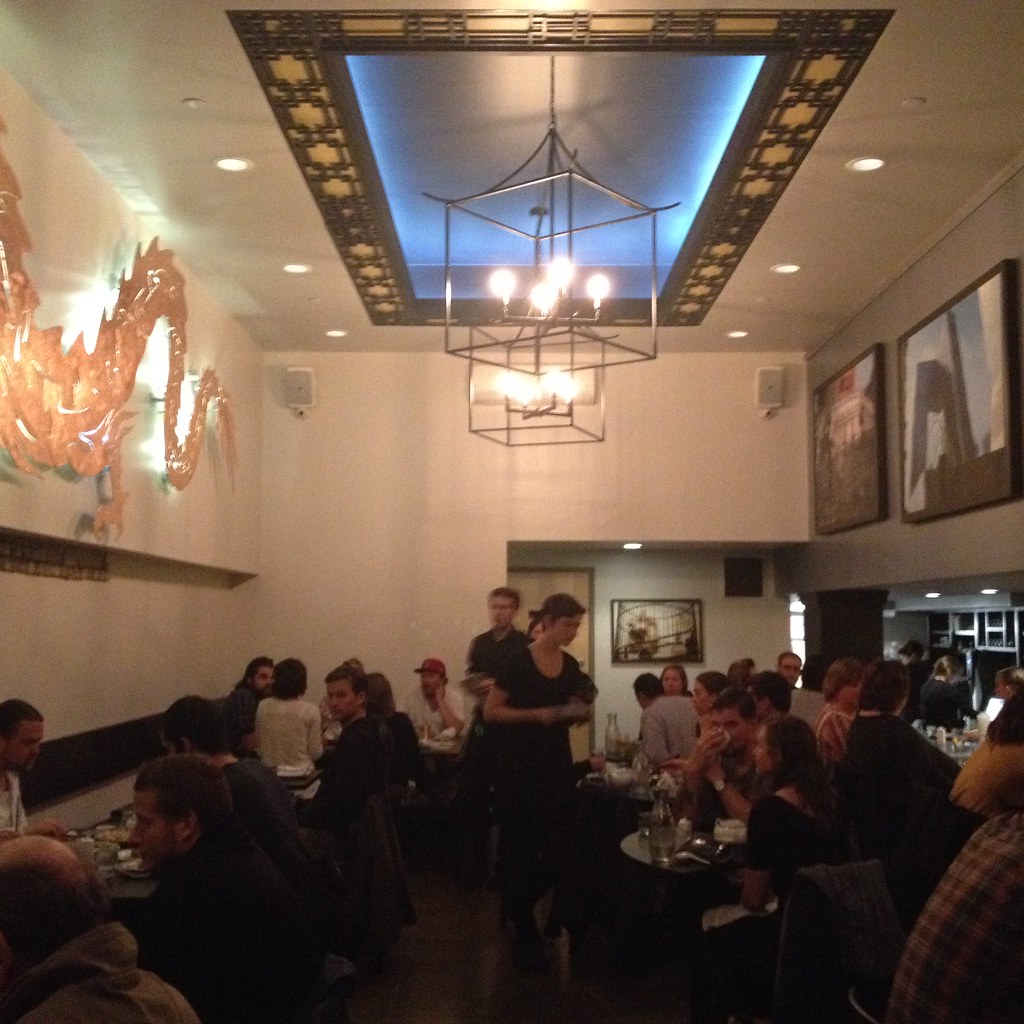 After we were seated, our server left us with an extensive hot tea menu, and a food and drink menu. I dilly-dallied in picking my drink, so when the server returned, I ordered the first one my eyes landed on - a beet yuzu martini ($11). The other 10 speciality cocktails are Asian-twists on classics and tiki drinks, like a Sake-tini, a 5-Spice Pina Colada, Vic's Mai Tai, and a Scorpion Bowl for 2.

My beautiful beet yuzu martini arrived quickly, and my first sip elicited such a reaction - puckered mouth, eyes shut, nose wrinkled up - that I completely forgot my sentence. My friend laughed hysterically at me, but then ended up making the exact same face after her sip. We both had a good laugh at each other. Turns out what I thought was simply a sugar rim, was a sugar SOUR rim, like what coats the Sour Patch Kids candies. I cleared a section of the glass and found an earthy, tart, surprisingly light cocktail. 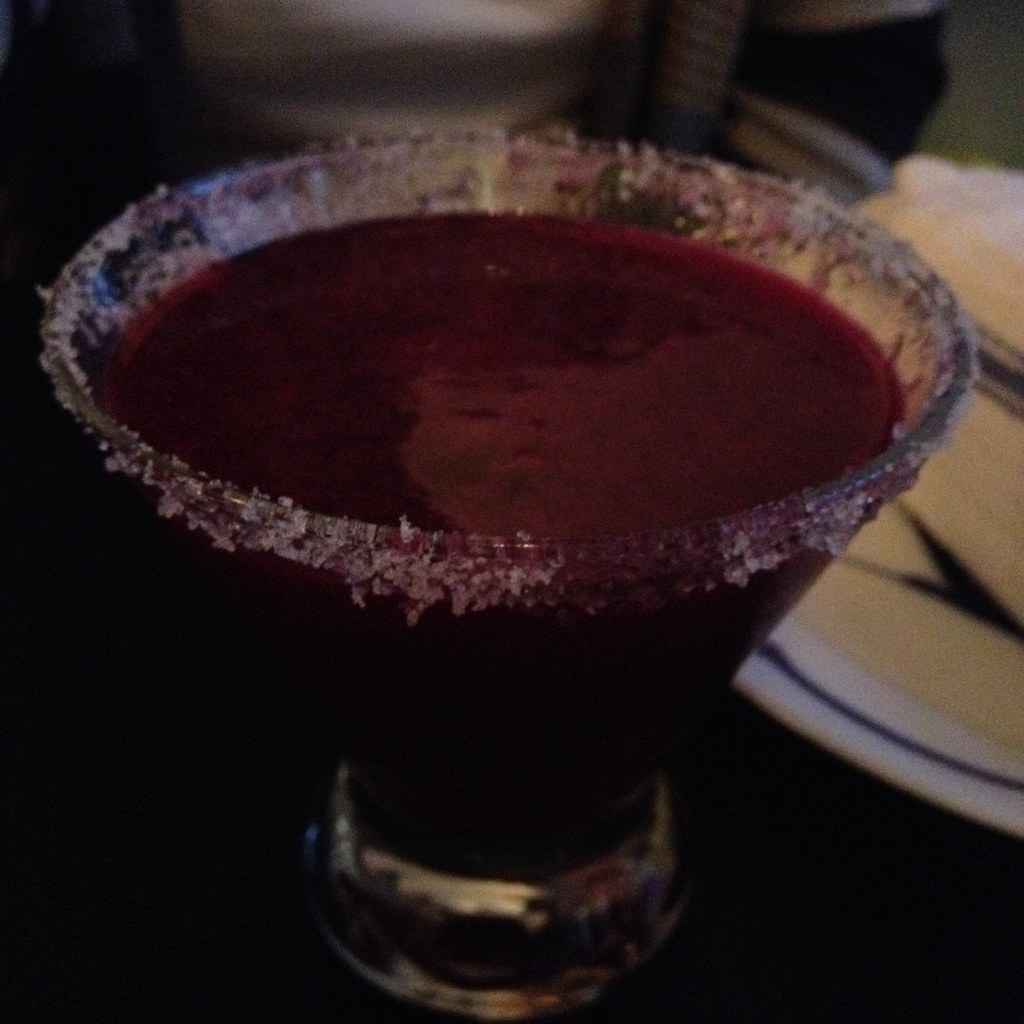 The menu is short and inexpensive - just a few starters and hot dishes, but mostly a selection of dumplings either boiled or pan-fried, at $6-8 for 6. To start, I ordered the black vinegar peanuts ($4) and the Asian slaw ($5).

A large bowl of warm peanuts, softened by the black vinegar sauce, arrived soon for us, followed by the Asian slaw. We dug in with chopsticks, but I quickly switched to scooping peanuts up with my spoon. The peanuts were a nice starter, topped with cilantro and green onions, and threaded through with crunchy sticks of daikon radish. 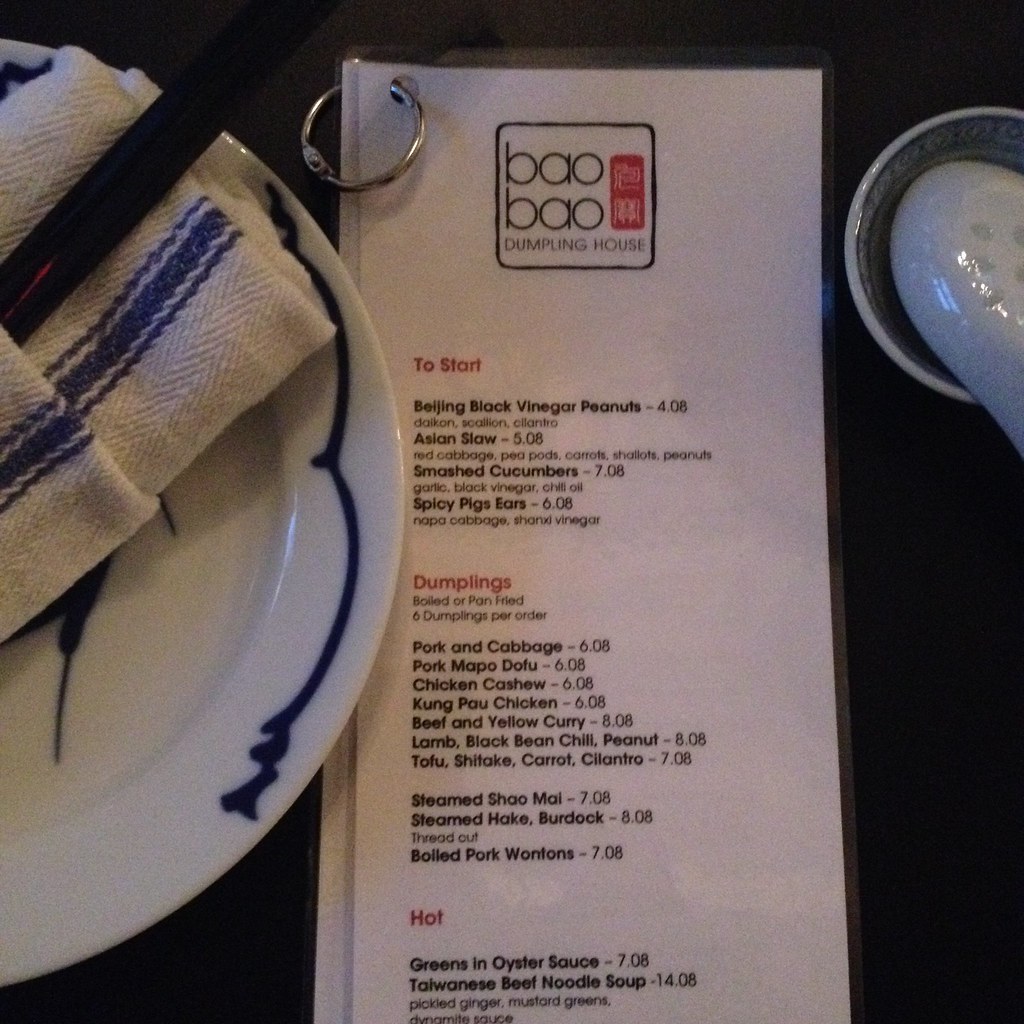 The salad was our favorite though - all the cabbage, peanuts, cilantro, and fried scallions, mixing together for a delightfully crunchy and fresh appetizer.

We ordered two types of dumplings; while tempted by the lamb, black bean chili, peanut filling, as recommended by Rob at Eating Portland Alive, we went with the kung pau chicken and the pork and cabbage - fried, natch. 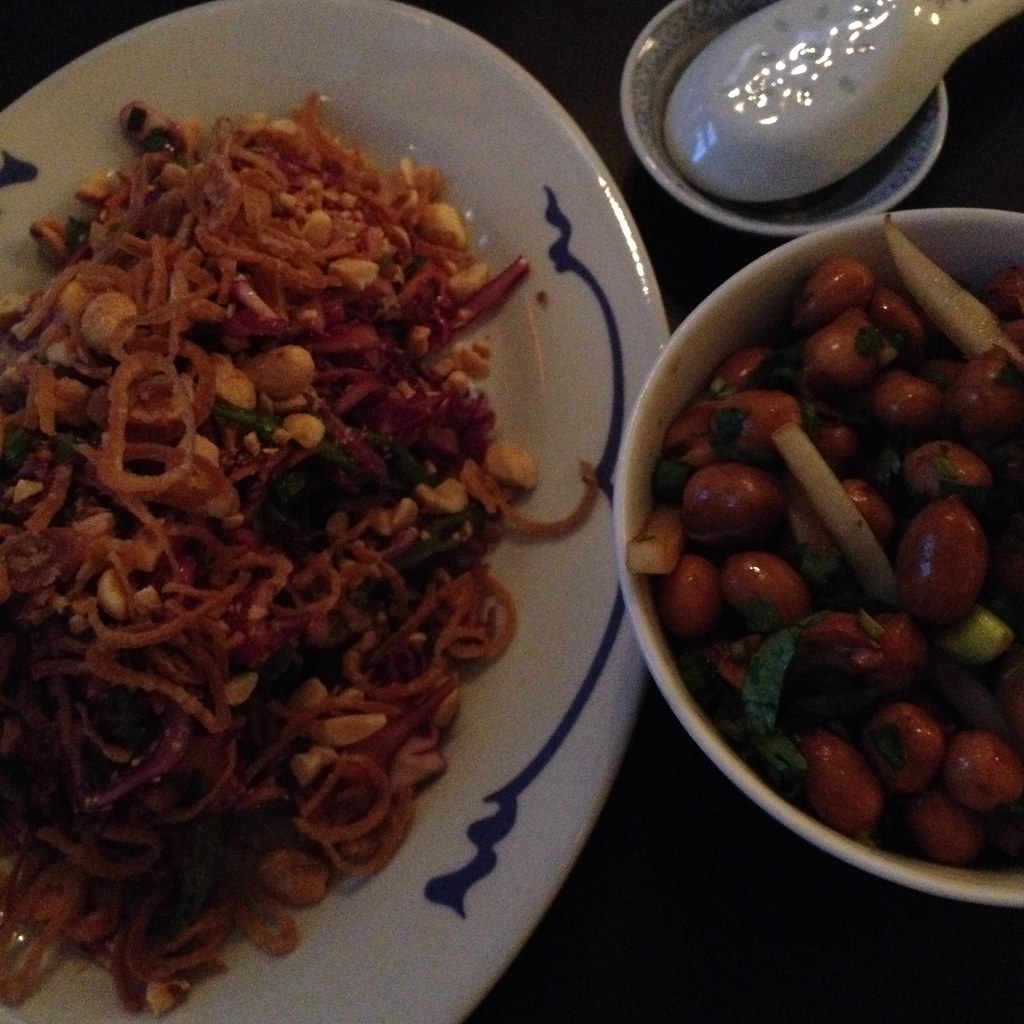 We thought the chicken dumplings were a little plain; with a kung pau flavor, I expected some heat, but even the xo sauce on the table didn't get the spice level up there. The pork and cabbage, however, was delightfully savory and full of ginger. 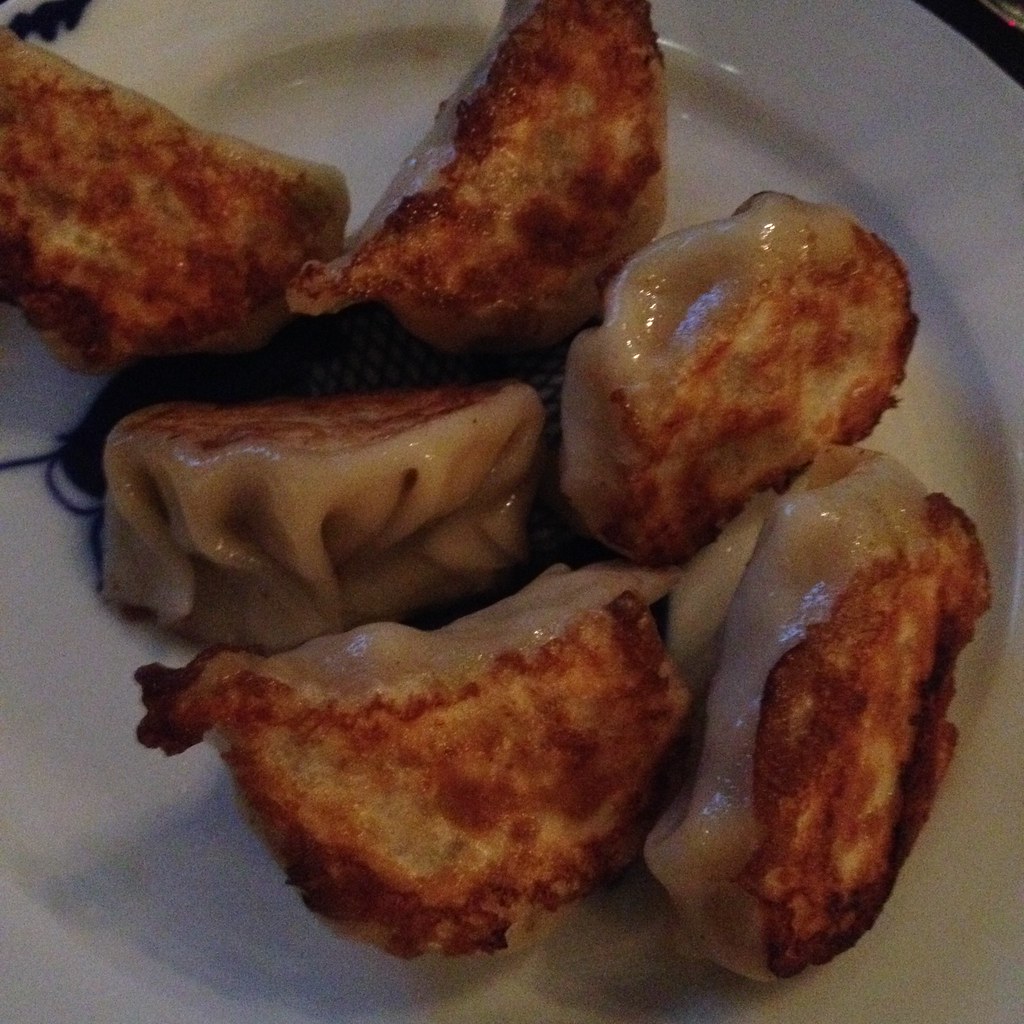 By the time we left Bao Bao, the 40-ish seat restaurant was full, with a few people waiting outside. Several people came into ask about take-out options (none yet). The restaurant never felt too loud or crowded, although we did clearly overhear our neighbors' conversation, so it's not the place for secret transactions.

Rather, Bao Bao offers comforting Chinese delights, for which Portlanders seem eager. Check out Bao Bao Dumpling House (open for lunch at 11:30am and until 1am); I'll be back for those fun cocktails and to sample the many more flavors of dumplings.