Ed. note: both Sonny's and Lolita have closed. 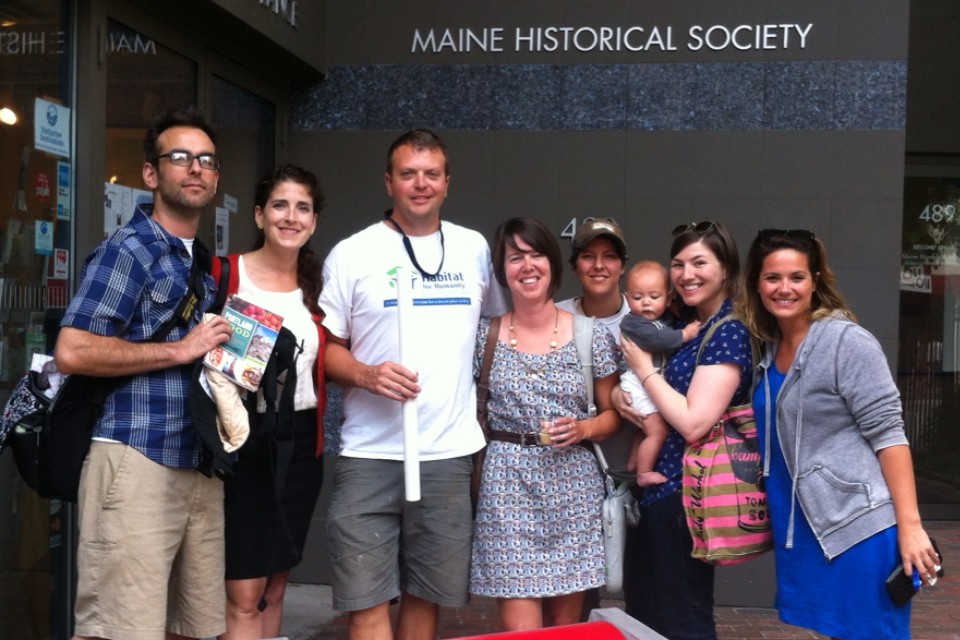 I gave a talk about my book, Portland Food: the Culinary Capital of Maine, last night at the Maine Historical Society in Portland. About 25 people turned out (most of whom I didn't even know!) and while I was super nervous, the talk went well, and everyone was very nice and appreciative. I was once again very moved to see strangers supporting me, be it those at the restaurants that donated food, the MHS staff who threw the event, and people who attended the talk and even stuck around to say nice things to me. And of course, to my friends, who turned out like they always do.

So thank you to all of the people who helped with or attended the event! My next book event is Friday, September 26th at the Portland Public Library. I'll be giving a brown bag lunch talk at 12pm.

Coincidentally, Original Roomie A. is visiting and so I took the day off to hang with her before the talk. We had lunch at Sonny's, outside on the patio - sangria and a fried chicken sandwich. It was incredible - crispy fried chicken that was juicy inside and an impossibly soft bun.

While we were very happy at Sonny's, trying to figure out where to go for lunch was a struggle. I would love another option for lunch that is similar to Sonny's, but, well, isn't Sonny's. Duckfat and Eventide were both on long waits for a table, and I could not think of another option in the Old Port for good food plus cocktail/wine/beer that also has outdoor seating. Suggestions welcome. 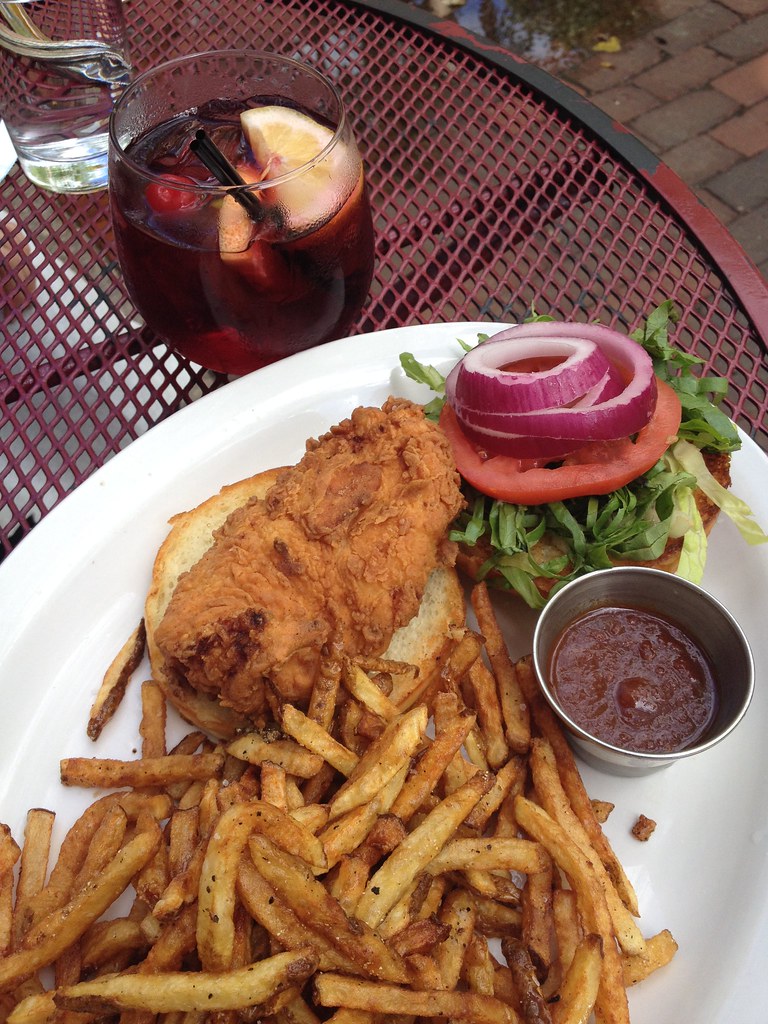 After the book talk, we ended up at Sonny's again for dinner. Sonny's just fits the bill for so many things. Several of us ended up enjoyed the Basil Fawlty cocktail - it was like a gin limeade. It was fresh, tart, and herbal; perfect for the warm weather. Someone else ended up with the fried chicken sandwich and declared it the best she'd ever had. Definitive! I like it.

Not wanting the party to end, I asked A. if she wanted to see the new restaurant on Munjoy Hill, Lolita. When we lived on the Hill together, we were big fans of going to Bar Lola for cocktails and dessert. Bar Lola was actually the only place I've ever gone to repeatedly for just dessert.

Lolita continues that tradition in my life with their eye-rollingly good apples tarte fine for 2 ($12). It's a simple dessert with a thin layer of puff pastry topped with thinly sliced apples and a dollop of fresh whipped cream. The sugar caramelizes to make a crunchy glaze on the bottom of the buttery, flaky crust. Really fantastic and simple. 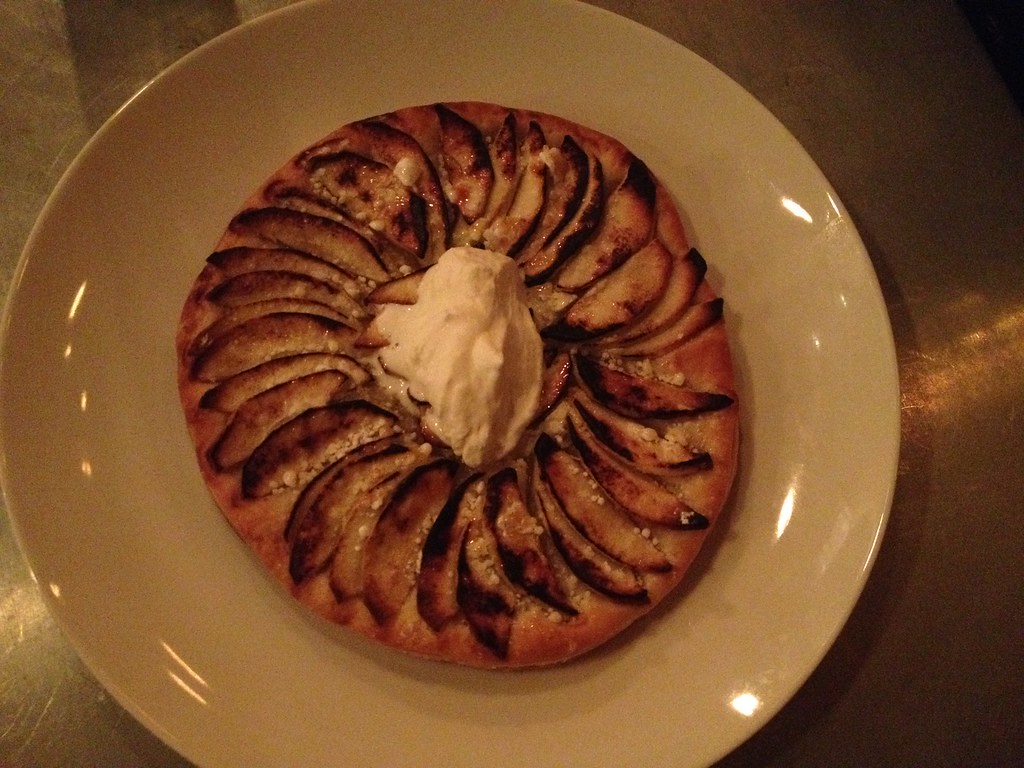 I also had the Alan Brownley a Bulleit Bourbon, lime, St.-Germaine, and mint cocktail. Another amazing cocktail! Incredibly well-balanced, with a whiff of mint from the garnish. Highly recommended.

Have a great weekend—there's lots of great food and drink out there in this fair city of ours, get your fill!