Finally, the wait is over. Slab Sicilian Street Food is open in the old public market house on Preble St. and Cumberland Ave. The space used to be Scales, the seafood market and restaurant from Sam Hayward until 2006. The inside has a bar, several booths, and a view of the ovens churning out slabs in the kitchen. We were whisked through the space quickly on our way out to the large beer garden, so I didn't get a chance to take in the extensive renovation. 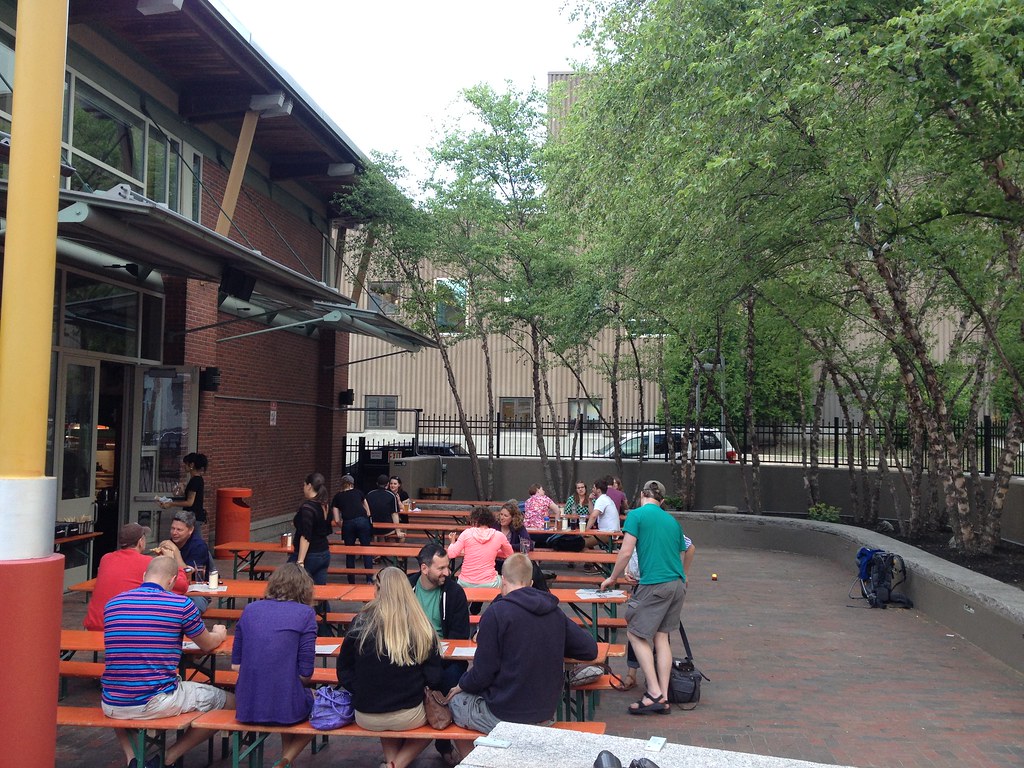 The drink menu contains 20 taps, including several beers that were brewed specifically for Slab by local breweries (read more about them in my 'Collaborations and foraged finds,' article in the Portland Phoenix). There is a list of speciality cocktails and a short wine list. I enjoyed a glass of Italian rose for $1 off at happy hour ($6).

We started with the slaw ($6) and the salumi ($7). The slaw is a thinly sliced pile of carrots, fennel, green cabbage, golden beets, romaine lettuce, and a creamy orange-curry dressing (also available with a lime-anise vinaigrette). This menu item is a nice addition to the otherwise carb-tastic options. 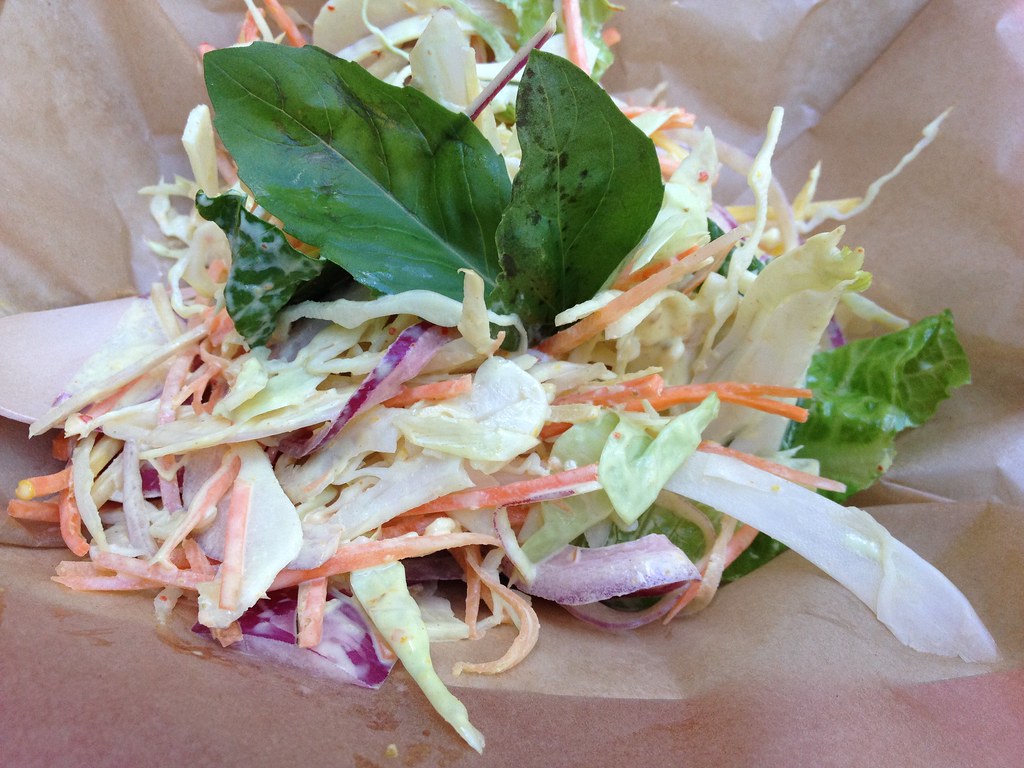 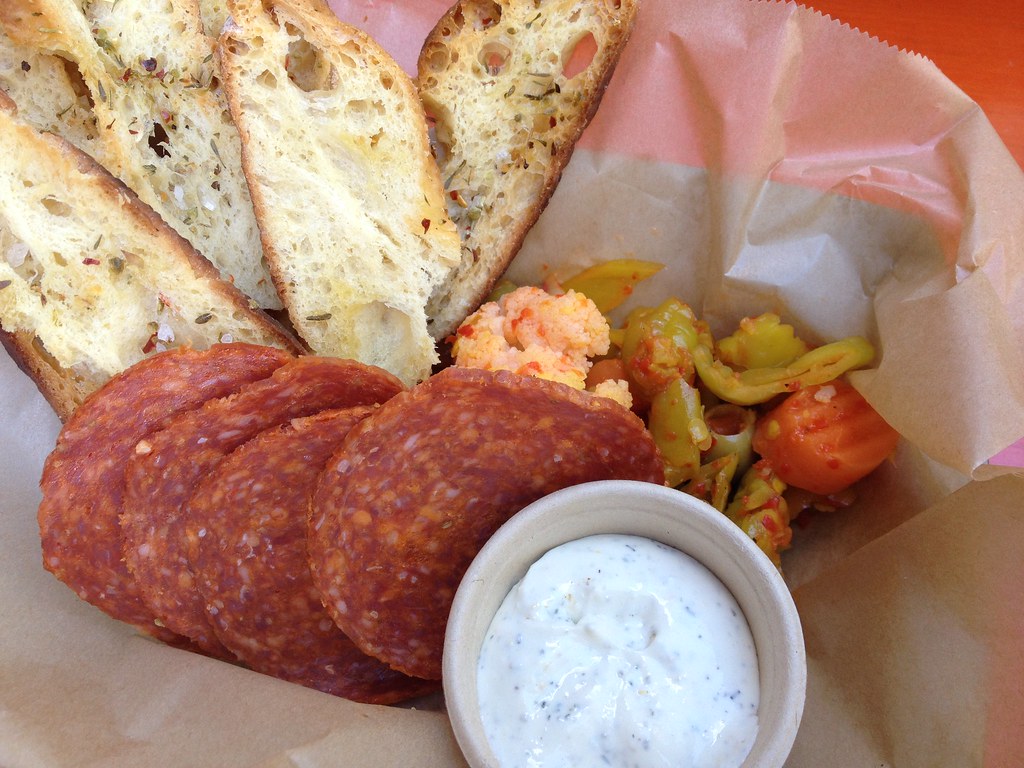 The pizze section of the menu is a slab-lover's dream. The traditional (i.e. the style available at Micucci's) hand slab is available, 1 lb. for $6. It also comes in larger portions, a half slab ($24) and a full slab ($48). 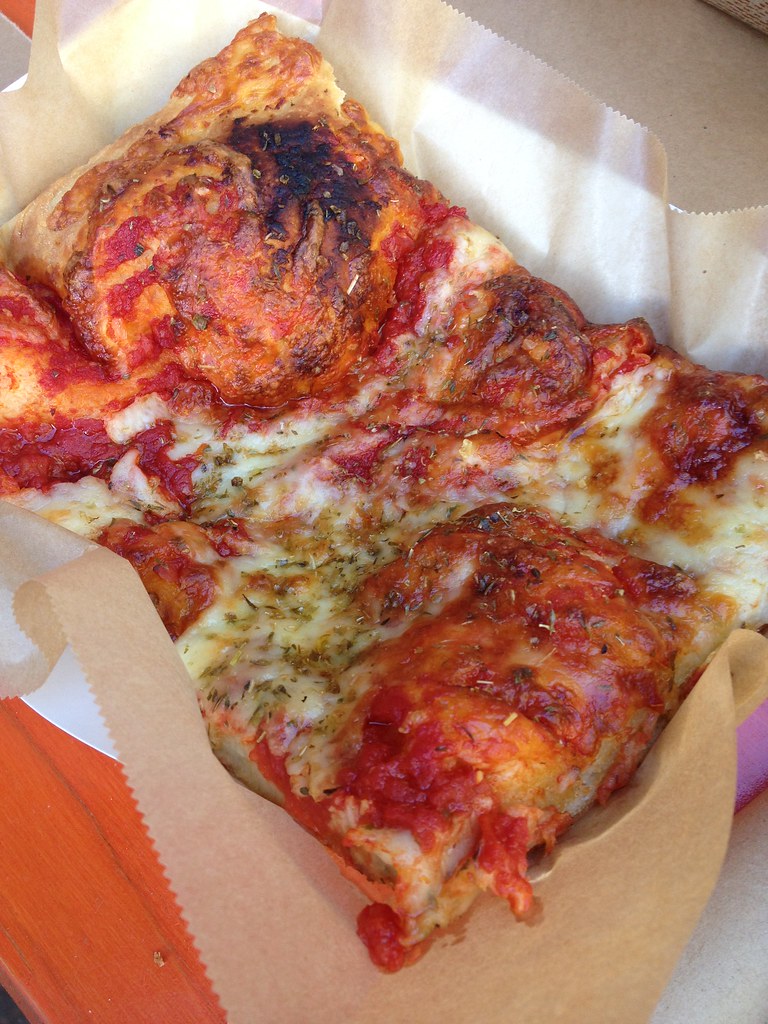 The slab is just how you remember it (or know it at Micucci's), although the night we were there, the dough was a little under baked or under risen. Maybe it's a product of the new ovens or staff, but I'm sure it will be smoothed out shortly. The sauce is sweet, and the cheese is salty.

Other than the traditional, there's a meat slab with pepperoni and pepperoncini ($4) and a sfinciuni with a spicy sauce, caciocavallo cheese, and breadcrumbs ($4). 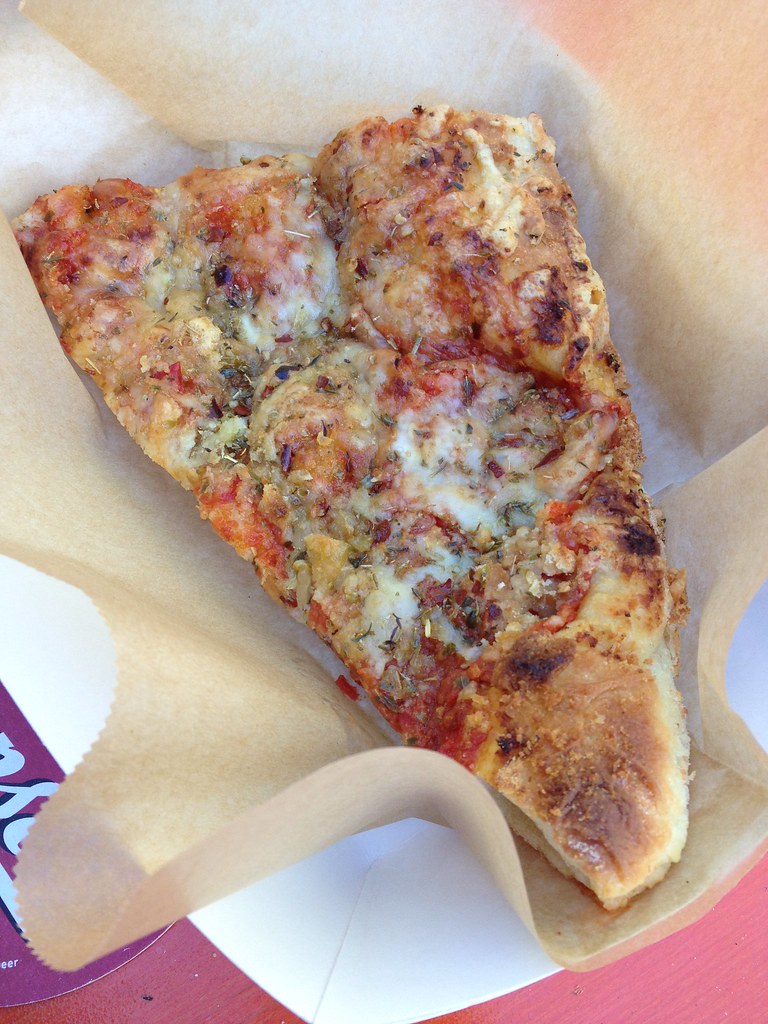 There's a sweets menu, including a cannoli, but we opted to finish our drinks and enjoy the warm weather on the patio. Slab opened just in time for summer and is bringing a much needed dining option to this part of town. If you weren't one of the many who hurried down as soon as they heard it was open, get to Slab, enjoy a drink on the patio, and don't miss the slaw.