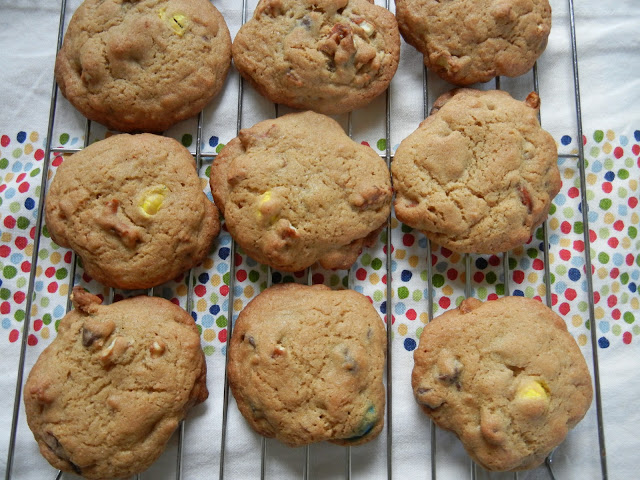 After my failed attempt at recreating the finicky momofuku compost cookies, I concluded that it'd be much easier to take your favorite chocolate chip cookie recipe and just add a bunch of your favorite snack foods and candy.

So when I told someone I was doing so, they exclaimed, you're making garbage cookies! So apparently it's like, a thing. And I'm a little late to the party. 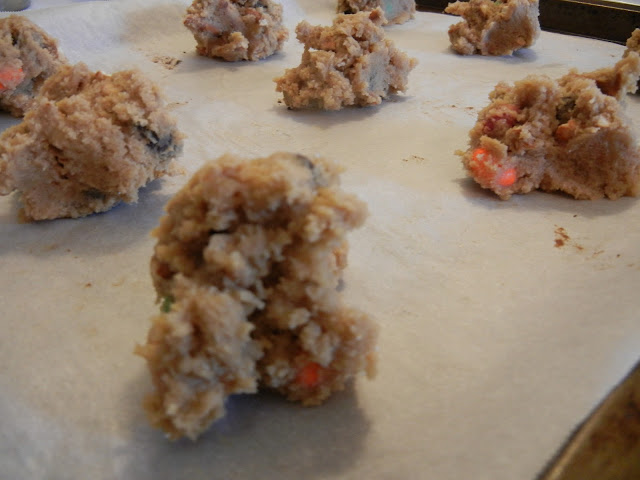 These cookies aren't too 'garbage-y' (mmm, yum); in addition to chocolate chips, I added peanut butter M&Ms and crushed pretzels. I was after that sweet-salty combo I love so much. 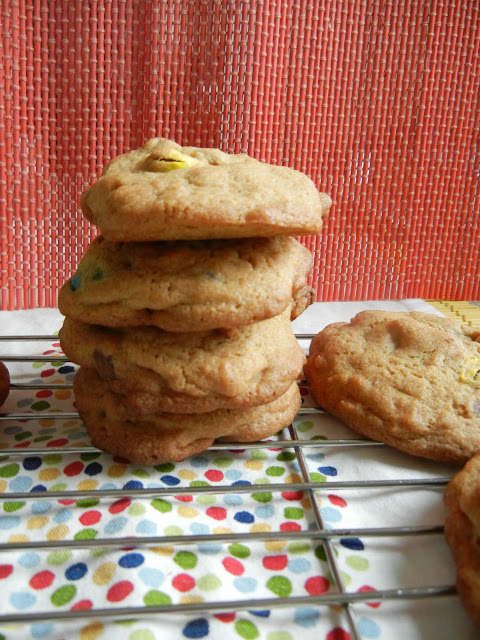 The cookies baked up perfectly after 12 minutes, and while at first I thought they tasted a little 'baking soda-y,' after a few days, that flavor seems to have evened out. (Tip: if you're bringing baked goods to someone and think there's a flaw, don't point it out before they try them! Chances are they won't notice.)

And I followed a tip I never have before -- I froze extra portioned out dough! Now I can have cookies on demand. My favorite trick being to partially cook them and serve them warm with vanilla ice cream. Yum.