I have been so excited about trying these Compost Cookies from momofuku milk bar ever since the pastry chef, Christina Tosi was on Regis and Kelly and gave out the recipe. But I never made them because the butter and sugar creaming process takes 10 minutes in a stand mixer. I don't even want to think about doing that by hand (well, I mean with a hand mixer). But since the 'rents gave me a KitchenAid mixer for Christmas (thanks again!), I tackled this recipe right away. 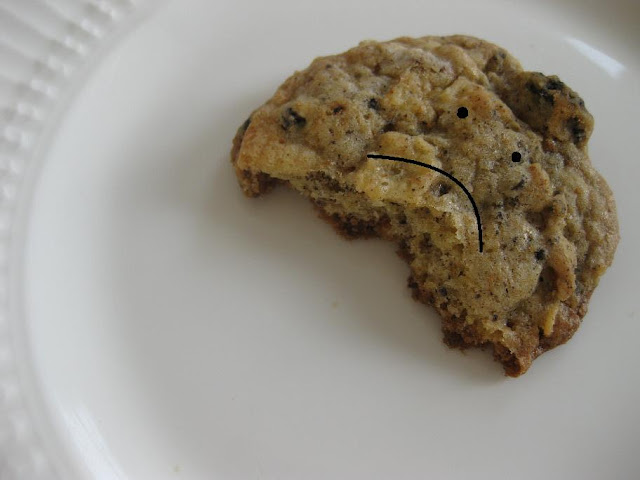 ...and was horribly disappointed. I expected some transcendent cookie experience. I mean, I added kettle chips, pretzel sticks, Rolos, chocolate chips, and Oreo's for Chrissake! These are like $30 cookies here! But they turned out to be salty chocolate chip cookies that were hard to bake without overcooking. What gives!? Sadly, there was no discernable benefit to adding the potato chips.

There is so. much. discussion about this recipe in the comments of blogs that have made it. But I dutifully read through it all and decided to follow Amateur Gourmet's recipe. Which I gather is the same as the one on Regis and Kelly's website. It was rumored that the cookies could be too salty, so I halved the salt (one tsp. instead of two). But other than that, I followed the AG's recipe, since he has no mention of finicky cookies. He just mixes the dough, freezes it, and bakes up perfeclty crispy, crackly, puffy cookies. If only I were so lucky.

Someone at the end of the comments suggests that you just make the recipe from the back of the Tollhouse bag and add chips, Oreos, etc. At first, I thought, what the hell is the point in that? Now I kind of agree. At least you would get a good cookie. These cookies aren't anything special, in fact, they are diva cookies, since they were a pain in my ass and demanded their own dressing room.

(Just seeing that you were paying attention.) 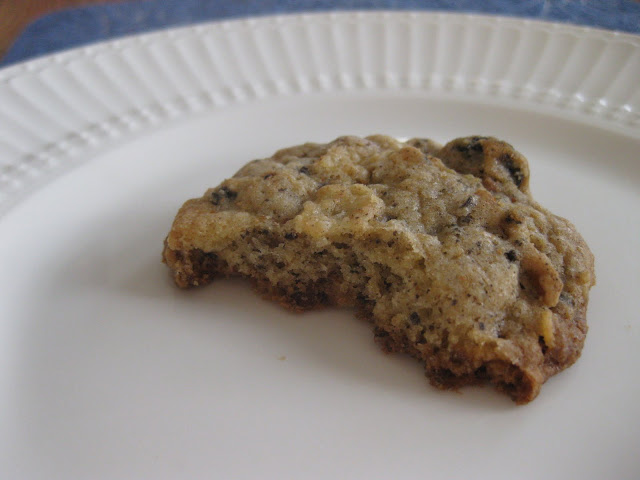 So I dunno what to tell you. Don't make this recipe? I'm sure others will disagree, since everyone I fed them to liked them. Oh, I know, buy yourself a bus ticket to New York and just eat Christina Tosi's version. Let her work the magic with the mixer, since it's not happening in my kitchen.