The Best Cupcakes in Portland, Maine, Round II

Late last year, I met Dawn of Appetite Portland and Shannon of Edible Obsessions quickly to scarf down several samples of local cupcakes.  We went for the easy to procure ones, sold out of a retail shop.  After we published our reviews, other bakeries, most run by just one baker, asked to be included in the roundup.

Since our options of cupcakes expanded, we expanded the tasters as well, to include Vrylena, Jillian of From Away, and Rebecca of Maine Foodie Finds. 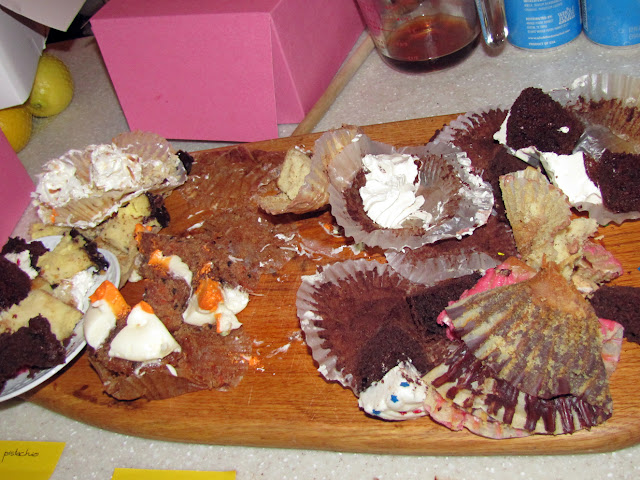 We tasted various flavors from seven different bakeries.  Some were dry, some chocolate bitter, others left a greasy, buttery film coating my tongue.  The worst tasted artificially fruity; Shannon hit the nail on the head when she said, Fruit Loops.

But despite the sham, drudgery, and broken dreams, there were still reminders that it's a beautiful world out there in the Portland cupcake scene. 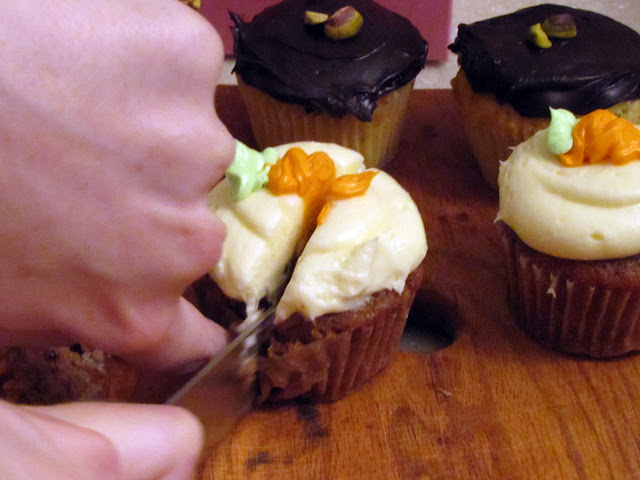 My favorite was the first one I tried (which I'm sure affected my palate. I couldn't even get excited about the admittedly great GF Peanut Butter Chocolate cupcake from Bam Bam Bakery that I had last). 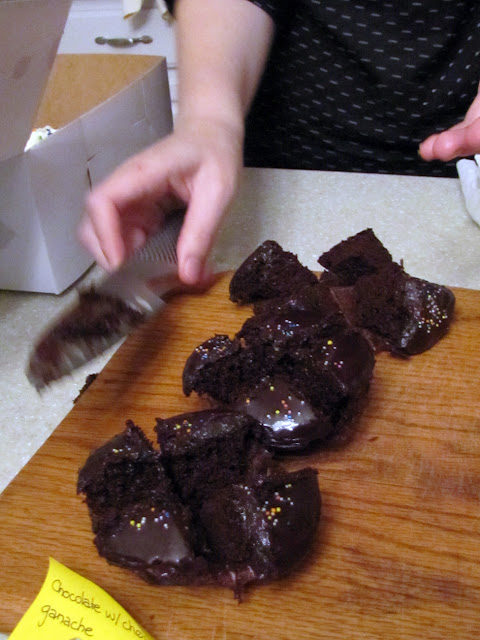 I'd say it even beat out our reigning champion, Scratch Bakery in the chocolate cupcake match-up, although Scratch's did win over any other filled cupcake we had. We tried the chocolate pistachio, which was filled with their amazing vanilla pastry cream. 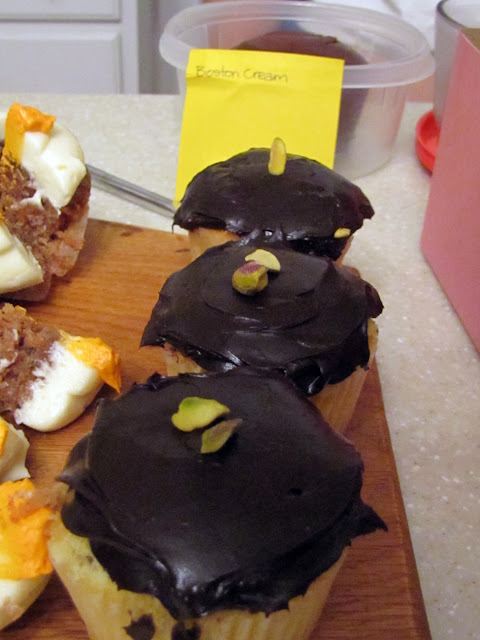 And sadly, YLime Gourmet's cupcakes were improperly handled before our tasting, leaving us with a poor representative. I carried them across town on a hot afternoon, watching sadly as the buttercream frosting melted and streamed off the cupcakes. 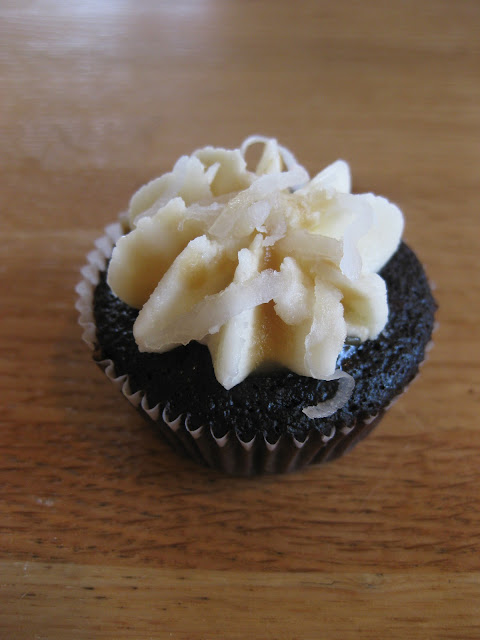 However, I did sample one of YLime's chocolate, coconut with caramel icing from Coffee by Design.  It was amazing. I'm sure if we'd had a fresh sample at the tasting, it would have ranked very against the competitors.﻿