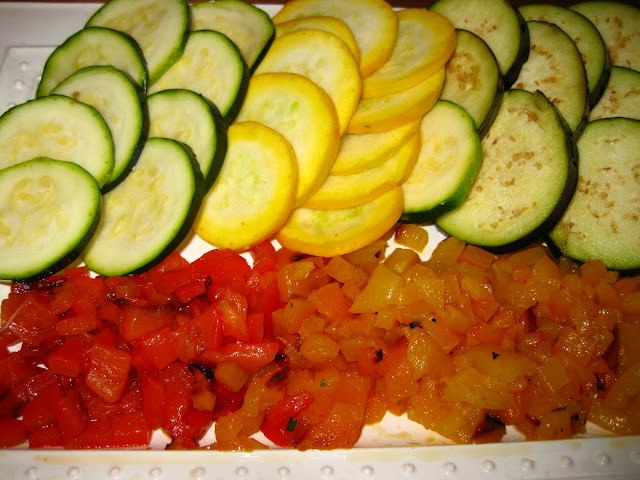 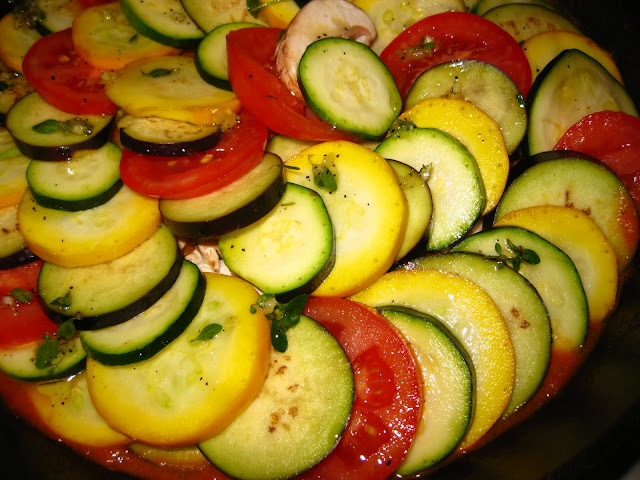 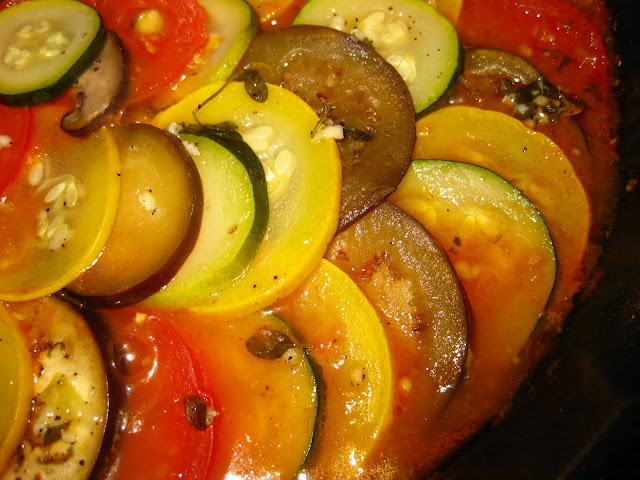 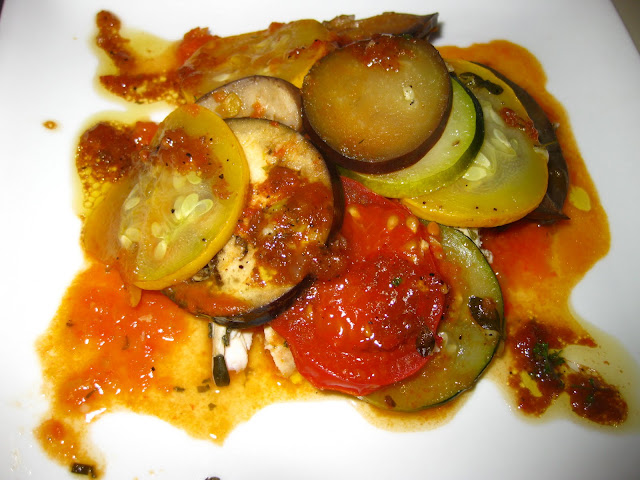 Here I served my roast chicken breast over the piperade and then topped it with the ratatouille and balsamic vinaigrette, as per Erik's recommendation. And it was delicious! As they say, hunger is the best spice. And rather than make this post even longer, I'm just going to post the link to the recipe.