In the last 7 or so years, the East Bayside neighborhood of Portland, Maine has developed into a home for drink-related businesses, many of them fermented. Once filled with electric supply companies and other manufacturing businesses, this neighborhood now is home to a high concentration of breweries, distilleries, wineries, and even a kombuchery.

The transformation began with the first new wave of businesses in 2010, when Urban Farm Fermentory, cider, kombucha, mead, and beer brewer, moved into a former warehouse on Anderson Street. Then Rising Tide Brewing and Tandem Coffee's café and roasting facility opened in 2012. In the subsequent years, other breweries and food manufacturers moved in, including Coffee By Design and Baharat, creating the hub we have today. 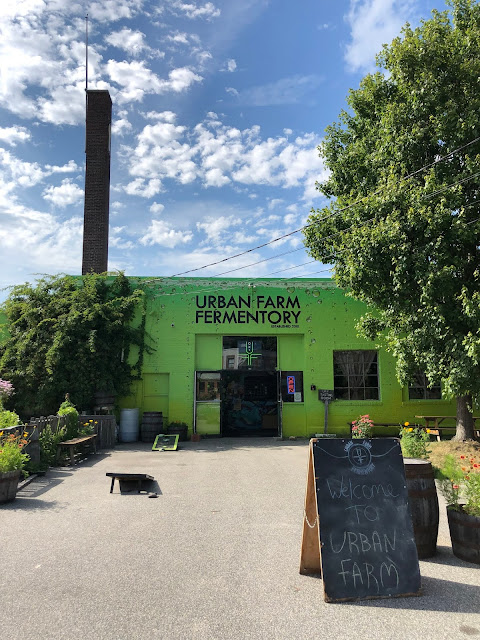 I spent an afternoon touring the weedy streets of East Bayside, dodging a few groups of Millennials moving between breweries and wineries in the area. The patios of Rising Tide Brewing and Austin Street Brewery had yet to fill for the day, but I did take note of the degree to which the Rising Tide patio has expanded—when I used to frequent the brewery, it was a small area roped off area with a few barrels to rest your drink on, now the patio easily seats 100. 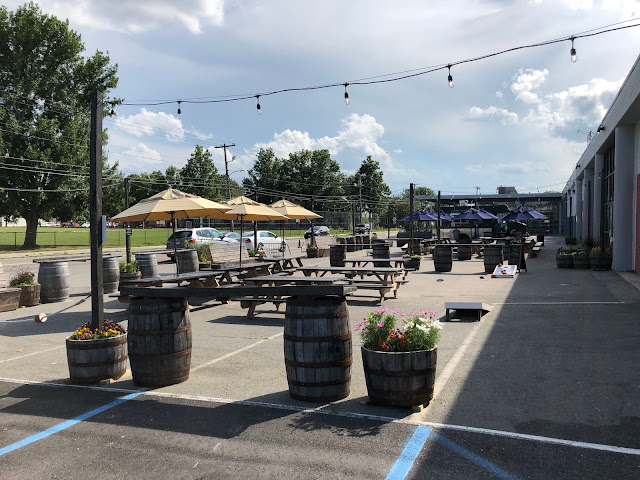 Down the street, another brewery cluster has formed, with Lone Pine Brewing, Goodfire Brewing, Blue Lobster Wine, and Eighteen Twenty Wines. Since launching, Lone Pine Brewing has moved its brewing operation to the former Sebago brewery in Gorham, but maintains its original location as a tasting room. 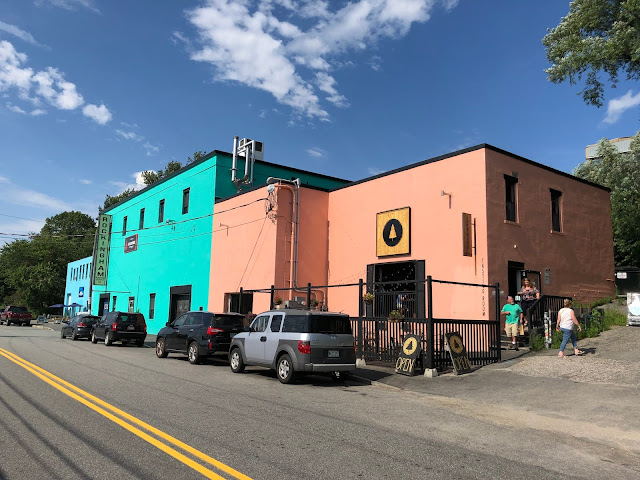 Over on neighboring Cove Street, Dean's Sweets opened a second location, with a retail shop and more space for making chocolate bars and sauces. The shop was most recently studios for artists and shares space with two interior design firms. It has a big warehouse-y feel, but has been smartly decorated up front to welcome customers. 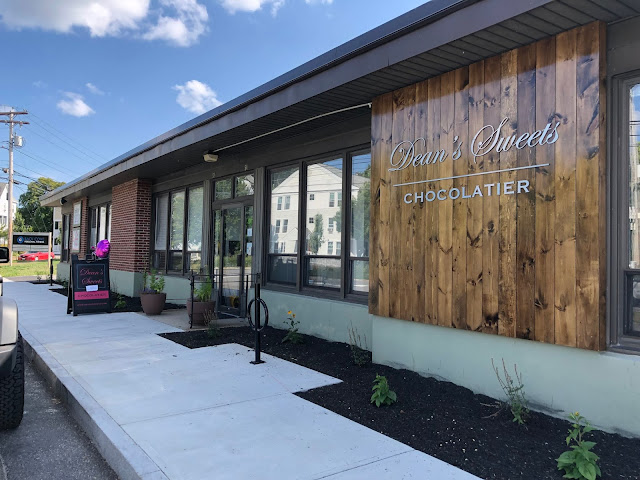 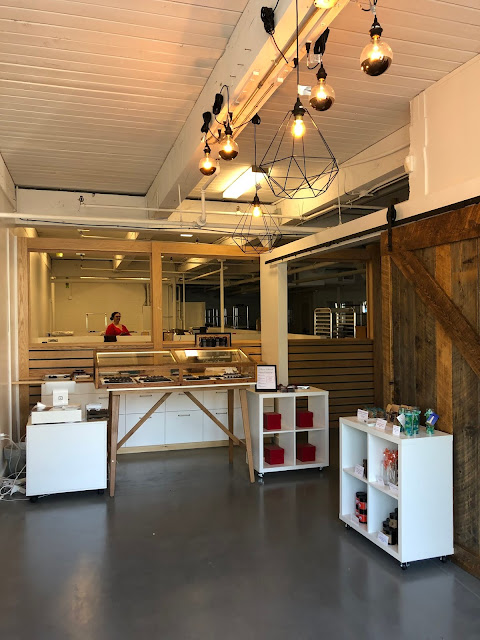 Down the street is East Bayside's newest brewery, Brewery Extrava, brewing Belgian beers. The space was previously a metal fabrication shop and has been extensively renovated. Now it's a bright tasting room with big windows and plenty of seating. 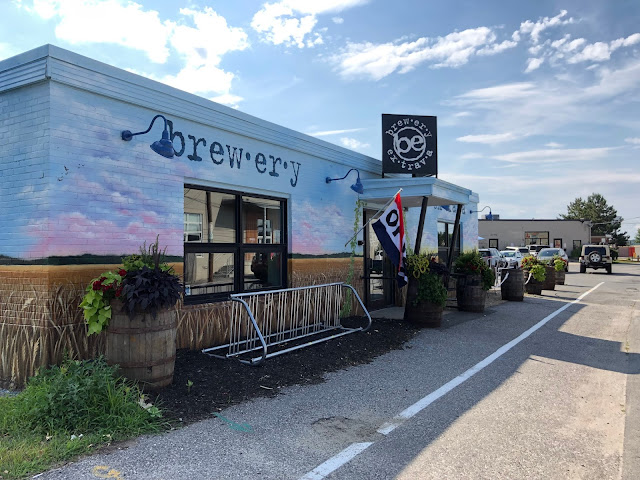 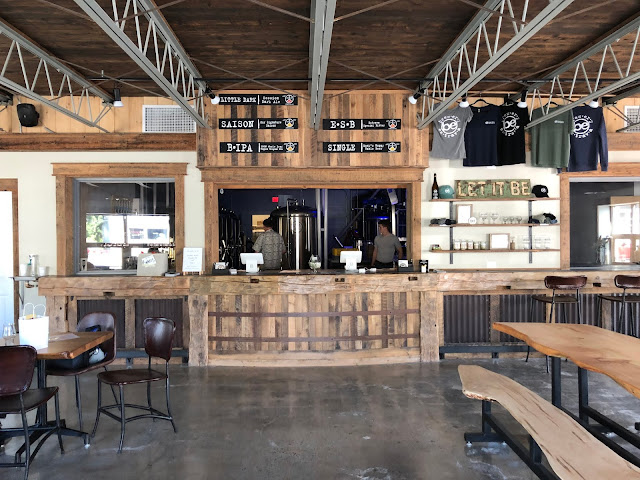 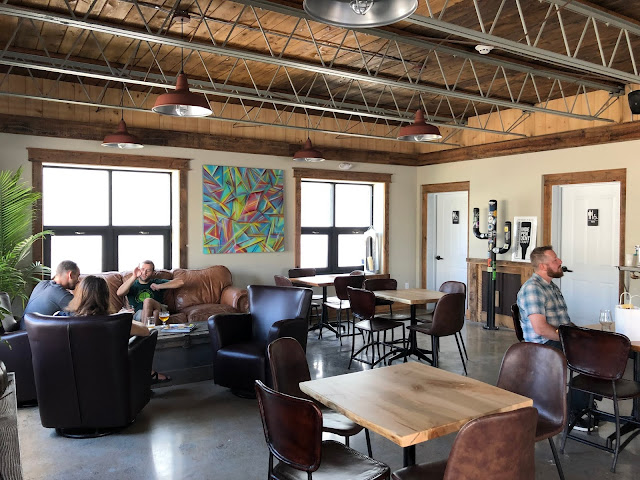 Lastly, Three of Strong, a rum distillery, opened on Diamond Street. The space has high ceilings, smart branding, and serves cocktails and a fair amount of food for a distillery (think hummus plates, tacos, and Cuban sandwiches). 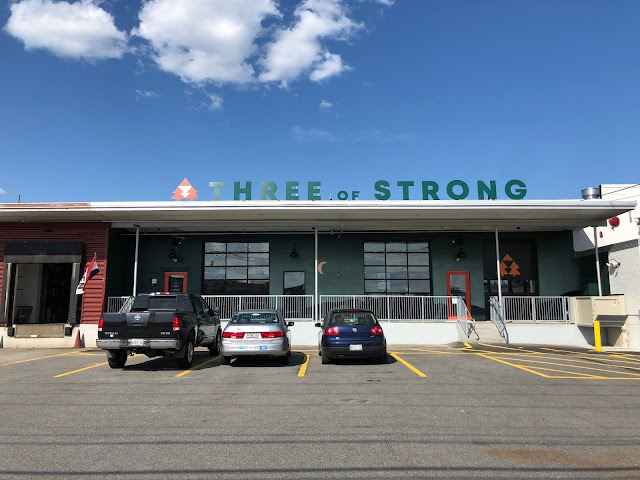 Currently the distillery is offering two rums, a 5- and a 12-year, with the third, a silver rum, to come online soon. The aged rum is purchased from a distillery in Columbia, and the silver rum is made in-house.

The cocktail menu includes classics like the painkiller, rum punch, and daiquiris, but also unique ones like Take Two in the Morning made with cold brew, saffron, and quinine. The new distillery's grand opening is next weekend, August 16-18, so stop in and see what you think of all the new changes in East Bayside. 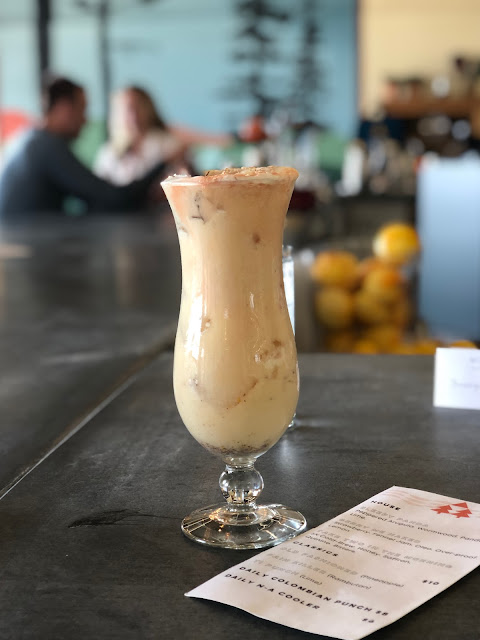 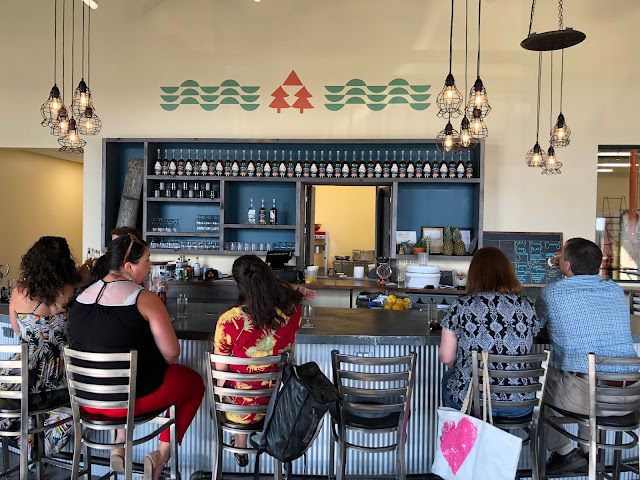