Austin Street Brewing has a new facility down in East Bayside—further contributing to the neighborhood's moniker, "Yeast" Bayside. The neighborhood now boasts four breweries, one cidery/kombuchary/brewery, and two wineries. If you go up the hill to Washington Ave. you can add two distilleries, a meadery, and another brewery to that count. Brewery clusters like this one and the Industrial Way neighborhood make for a fun afternoon for tourists, friends, or out-of-town guests.

We had the latter when we headed to check out the new Austin Street—G's boyfriend was visiting from the other Portland (oh, how we're trying to win him over with our cloudy New England IPAs!). And although Austin Street certainly has those, it also offers other styles that are less popular like the smoked brown ale and a Belgian strong ale. 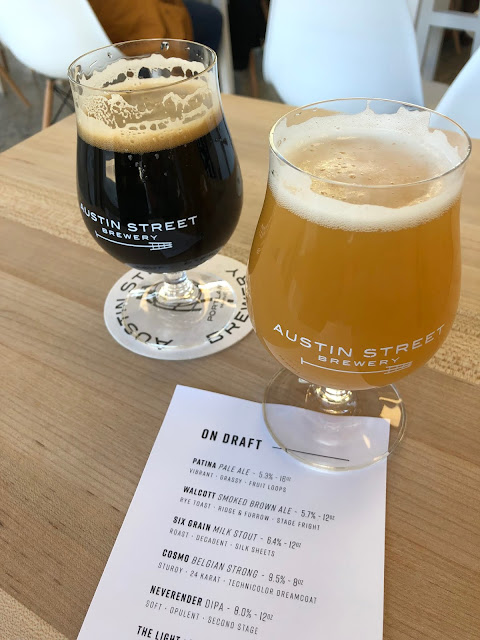 The new space is large, on par with Rising Tide Brewing right next door. The windowed garage doors were a little chilly to sit close to on this January afternoon, but will be worth it come summer.

The windows also allow tons of sunlight in, warming up the space significantly (you can see the bartender was wearing a short sleeved shirt). 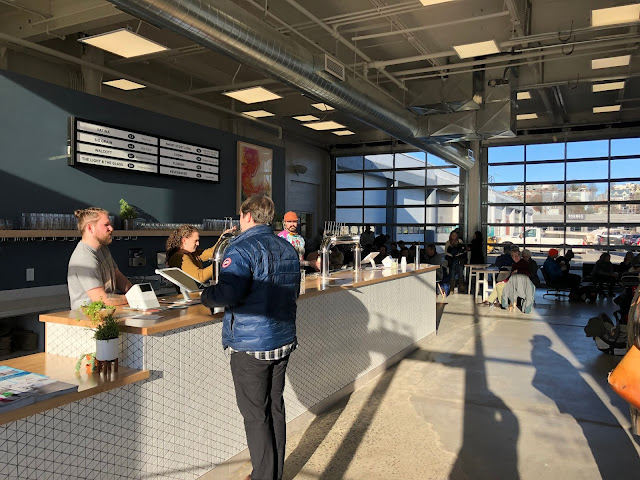 The brewery is open seven days a week and, the best part—has food every day too. A different food cart posts up at the brewery every day.

Mondays, Vantage Point Provisions serves up clam chowder, Tuesdays bring A&C Grocery and his Italian sandwich cart, Maine Craft Distilling is there Wednesdays, Grillin' Brazilian on Thursdays (which I am eager to try!), The Highroller Lobster Co. on Fridays, Mr. Tuna on Saturdays, and Steam Machine on Sundays. 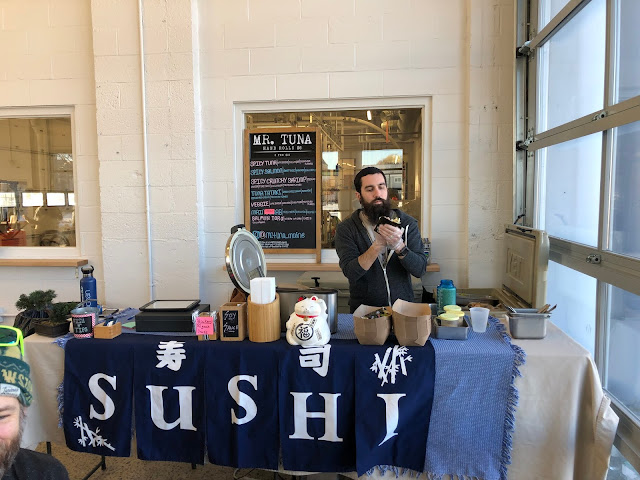 As always, we enjoyed our delicious sushi handrolls from Mr. Tuna (spicy tuna, crab, and albacore rolls pictured below) and some great beer from Austin Street to go along with them. An afternoon in East Bayside's brewery cluster is an enjoyable one, whether you're just stopping to check out the new Austin Street location or brewery hopping through the neighborhood. 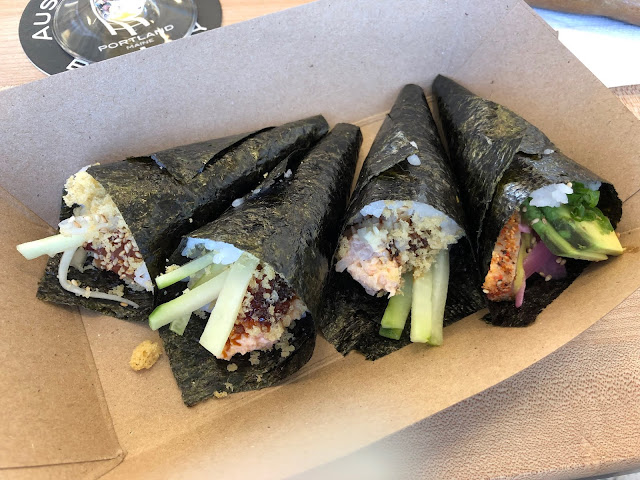