I vacationed in Nashville two weeks ago—over St. Paddy's Day and (unbeknownst to us) the start of the SEC tournament. The timing sounded like a good idea at the time, but in retrospect may have been a few thousand people too many. Although, in "Nashvegas," there may never be a time where you can avoid the mobs of people wandering on Broadway, whether they're draped in "Bride Squad" t-shirts or University of Kentucky jerseys.

During our trip, we learned that for the past several years, over 100 people a day moved to Music City, making it the seventh fastest growing city in the U.S. After a weekend there, we may not be ready to move just yet, but with the early spring, great restaurants and bars, and the music scene, it was a pleasant place to spend a mid-March weekend. 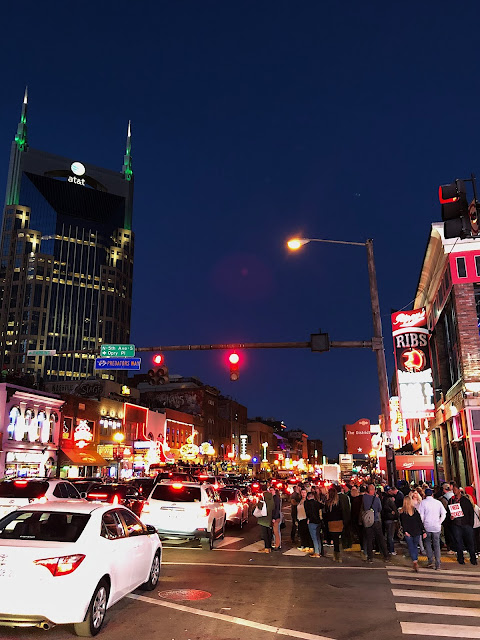 We arrived early Friday to get in a full day and headed right for Pinewood Social, the sweetest bowling alley/coffee shop/bar/restaurant that provided the right amount of hospitality to be a relief after traveling so early in the morning. (Do enough people come right from the airport to the bowling alley that they have a process for holding your luggage? Perhaps yes?) 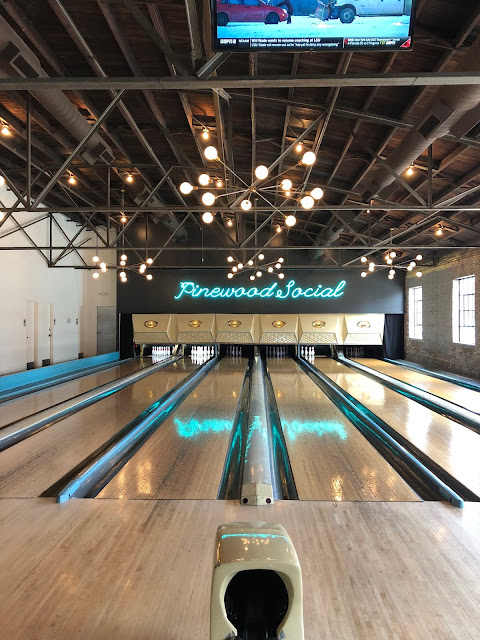 We had reserved a lane, and after we checked in, we were escorted through the restaurant to a 6-lane alley, flooded with natural light. An hour and a half of bowling with lattes, brunch cocktails, avocado toast, and chicken and biscuits and we had officially transitioned into vacation mode. 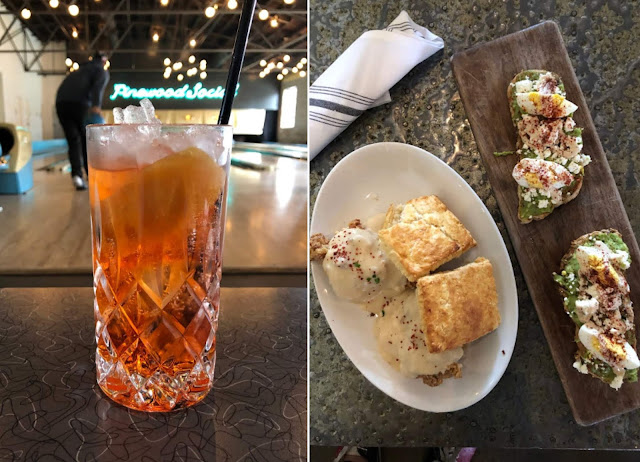 We stayed in an Airbnb in East Nashville, about a 10 minute ride from downtown, in a sweet bungalow that made us want to cancel all our plans and sit on the porch drinking wine in the delicious spring weather. 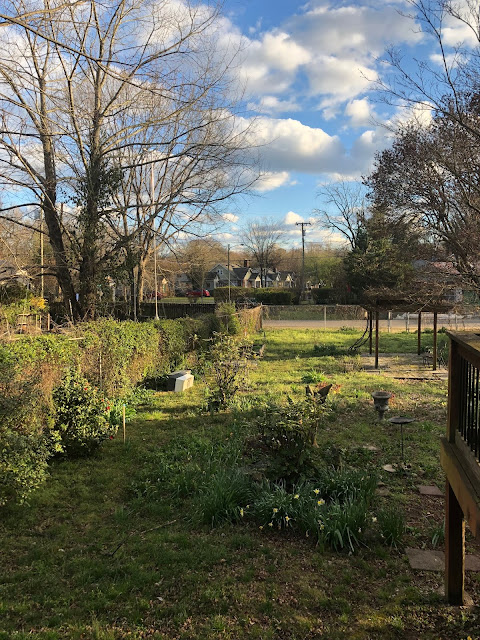 After a nap, we ventured back out for night one in Nashville. On the agenda, a show at the historic Ryman Auditorium, best known for hosting the Grand Ole Opry from 1942 to 1974. Little Feat was playing that night, a stop on their 50th anniversary tour.

We didn't have dinner plans for that night, which was not a great plan in a crowded city on a Friday night when you're on a time crunch. But fortunately, the second restaurant we went into could seat us—Adele's, the southern outpost of New York chef Jonathan Waxman. We enjoyed a great dinner of cauliflower and kale salads, local fish, and the chef's signature roast chicken before heading to the theater to dance the night away. 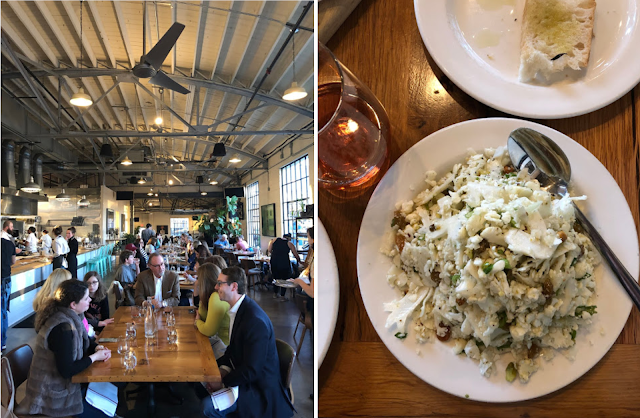 The next day, after a backstage tour of the Grand Ole Opry, we turned to the next item on our to-do list: Nashville hot chicken. Admittedly, my only experience with the regional food was seeing it served at Big J's Chicken Shack with a pair of gloves to protect your hands, so I was a little afraid of the stuff.

Fortunately, the place in our neighborhood, Pepperfire Hot Chicken, offered different levels of spice. I boldly chose medium, which was a slow-building spice but nothing unmanageable. Some fried okra and mac and cheese rounded out the meal of Southern staples. 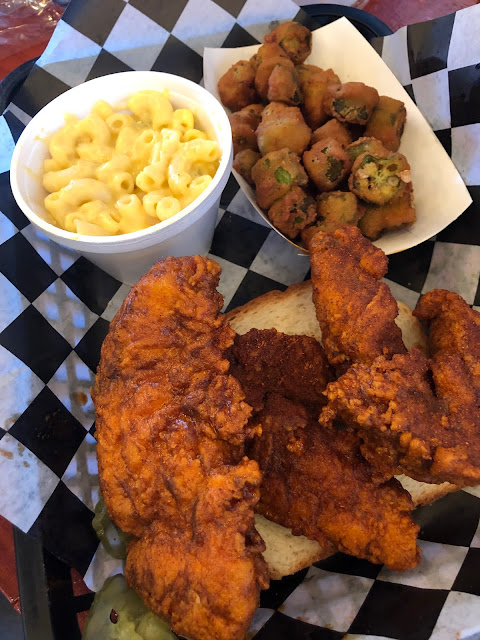 Saturday afternoon, we headed back to our favorite intersection in East Nashville. With a brewery, a hipster restaurant that looked like a mash-up of Tandem Coffee and Drifters Wife, and a record shop/craft beer bar, we felt like we could spend the whole weekend between here and the aforementioned porch and be very happy indeed.

The brewery, Southern Grist Brewing Co. just happened to be releasing two collaboration brews with Mast Landing Brewing Company the day we visited (of course, since Maine is everywhere!). The 14 or so styles on tap that day ranged from New England IPAs to an imperial raspberry sour with marshmallows. We had such a good time, relaxing in the sunny tasting room, enjoying the first delicious local beer we'd found on the trip.

Side note: did we fly a quarter of the way across the country to do the same thing we'd do at home? Why yes, yes, we did. I offer no excuse. 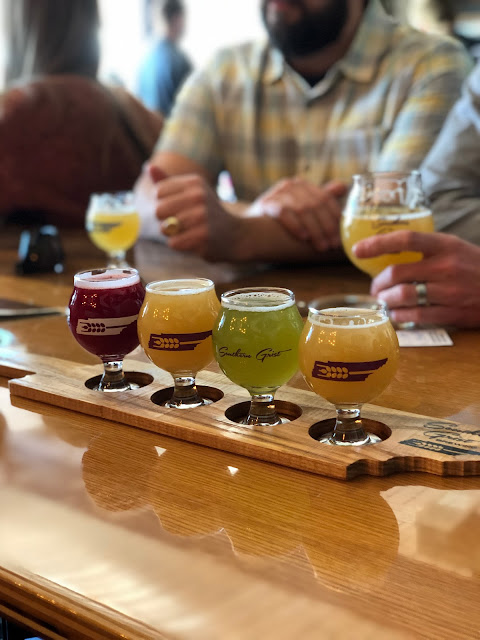 For dinner on Saturday night, we went to The Green Pheasant, a new Japanese restaurant downtown. While we waited for our table, we sipped on our cocktails and admired the gilded interior. Our meal was a flurry of delightful courses, from a ginger-carrot dressed wedge salad and a sashimi bowl to the rich, handmade noodles tossed with a spicy crab butter. A "fair food" dessert of a tempura-fried chocolate cake capped off the most decadent meal. 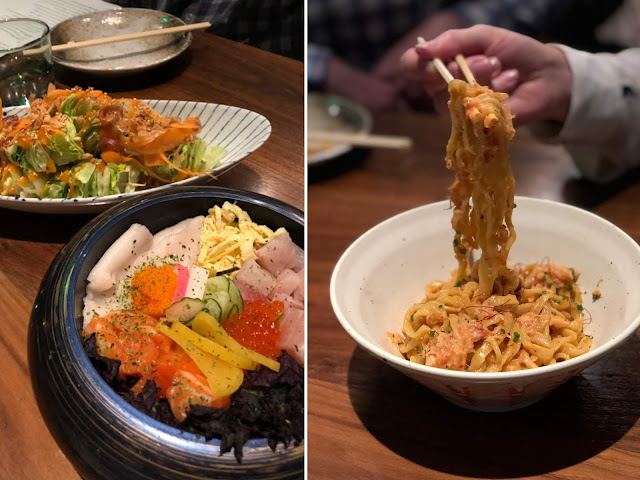 But of course we weren't done... I had to try the Pearl Diver. This tiki bar back in East Nashville has the most incredible 60s California motel/grandma's living room vibe going on. It was truly like I'd died and gone to hipster heaven. There were adorable men in romp-hims (that's rompers for men), too-cool-for-school bartenders, and delicious, slushy rum drinks.

We got our nightcaps and headed away from the crowded, dark bar to the lobby-like entrance, where we could watch the night's dramas unfold from a safe distance. 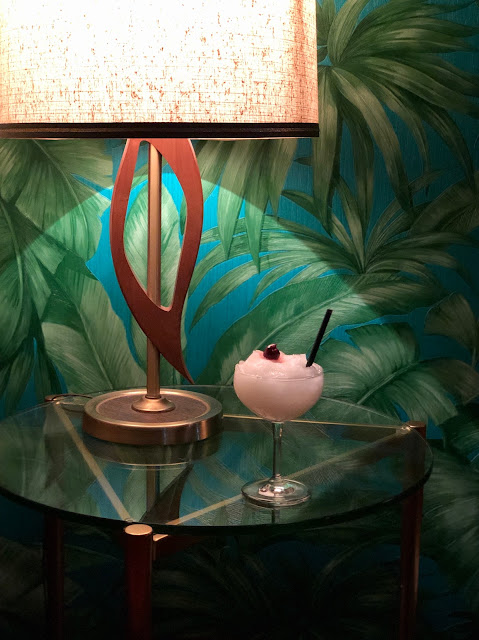 The next day was St. Patrick's Day! We started with a hearty brunch at Marche Artisan Foods (and one of the many fabulous biscuits of the trip) and decided to spend the day away from the craziness of the downtown.

We checked out the Nashville Zoo, enjoyed a pubby lunch (and whiskey!) at Whiskey Kitchen and then headed home to regroup for our final Nashville activity: a night at The Bluebird Cafe. 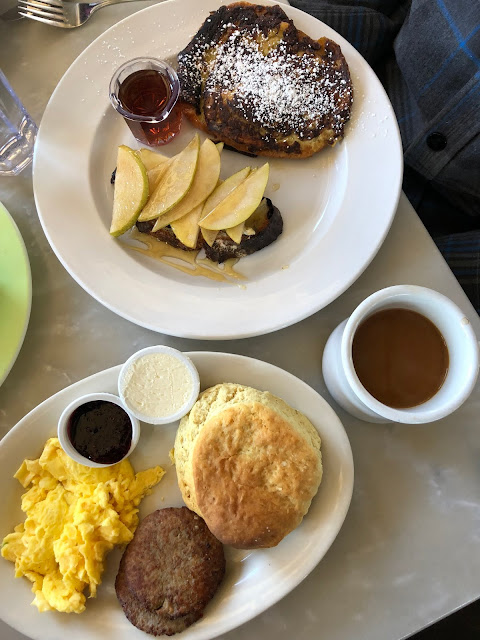 Are you so impressed that I've made it this far without mentioning "Nashville," the TV show?? I must confess I do not have a lifelong love of country music, but rather a healthy obsession with Connie Britton and the ABC drama/soap opera "Nashville."

As so many scenes take place in the Bluebird Cafe, I was excited to see a show at this iconic club (and definitely had the thought in the only bathroom in the club—Connie Britton definitely sat on this toilet too!!). 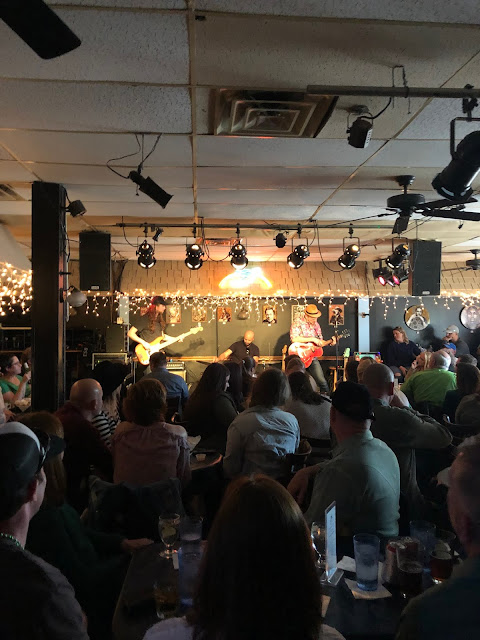 Turns out... the popularity of that TV show has transformed The Bluebird from local jam spot into a tourist attraction. When the lead singer asked how many of us were from out of town, every single person in the club raised their hand. So it's hardly a locals' spot anymore, but remains a great place to chance upon a national act or songwriter behind the hits in an intimate space.

After our busy weekend, we made the executive decision to cancel our dinner reservations, order a pizza, and go back to the rental to start the new season of Queer Eye. A little R&R was needed after being on the go all weekend! 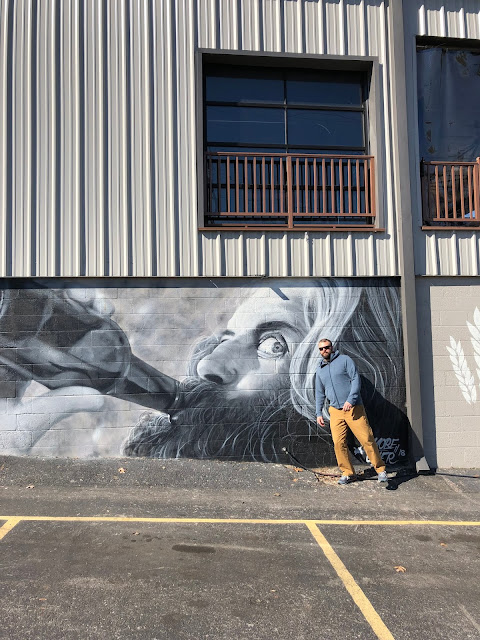 So how'd we do?? For three full days in Nashville, we sure saw and ate a lot. The spring weather was hard to leave, but we're always happy to come back to Maine!