The opening of Cong Tu Bot came up quickly—first with some quiet development of a corner space on Washington Ave., the new neon sign pronouncing that PHO would soon be served there. Then the public was offered a glimpse during the Inner Washington Ave. block party in early July, and while not much food was served, I got to check out the adorable space, pink and baby blue and adorned with tres chic potted plants. 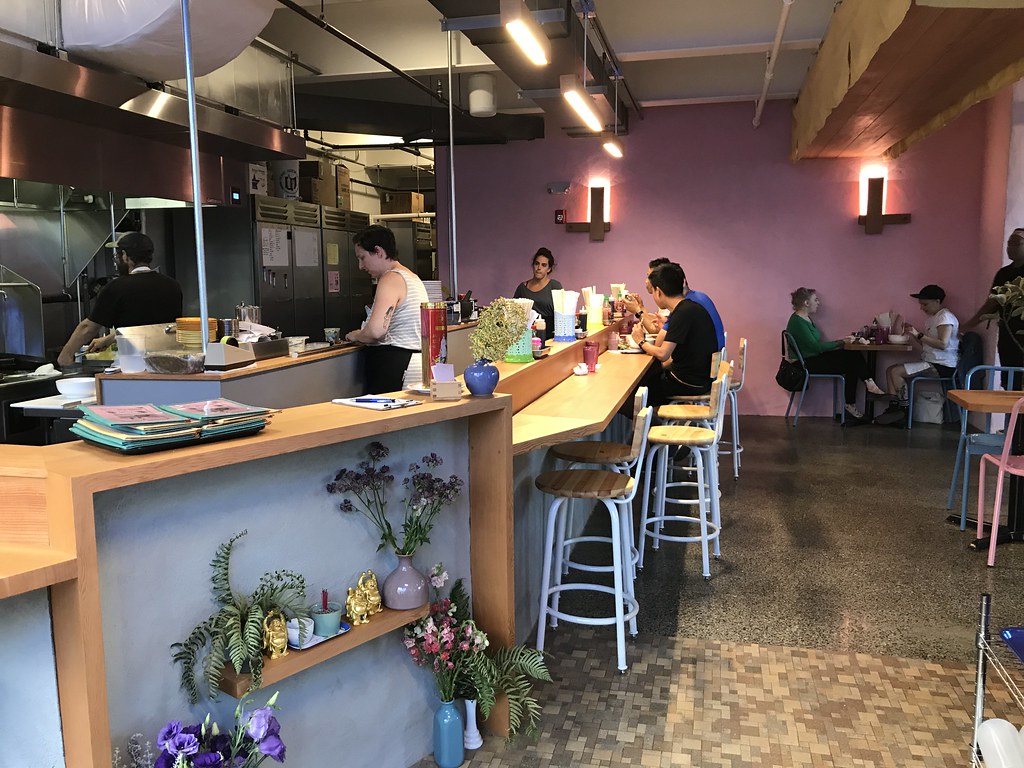 Cong Tu Bot was born of Tandem Coffee co-founder Vien Dobui's noodle pop-ups in 2013-2015, none of which I attended, but always heard raves about. Several years later, we now have regular access to Vien's Vietnamese noodle and veggie dishes, with a small but stellar menu in this festive cafe.

I went in on a Monday night (CTB is open Wednesday through Monday for dinner at 5pm) with Original Roomie A, where we ordered veggie stir fry, cabbage salad, and bun cha (a cold noodle salad with pork patties). 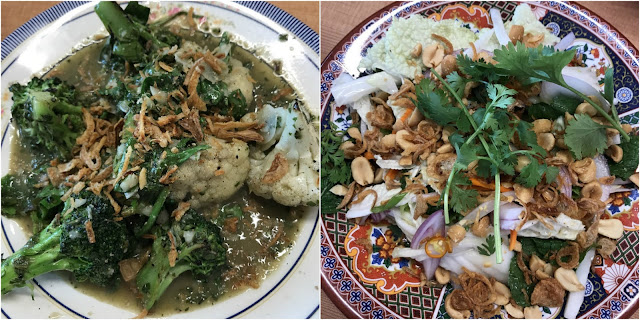 The veggies, broccoli and cauliflower that night, were crisp from a quick stir fry with a delicious garlic ginger sauce. They were topped with fried shallots, and while we opted not to, I see why it's recommended to order the stir fried veggies with rice as a vehicle for the tasty sauce.

The cabbage salad was my personal favorite, another lifestyle salad (as in my personal Platonic ideal of salad), crunchy cabbage and peanuts mixed with fresh herbs, red onions, and a tangy dressing. On another visit, the salad was pretty spicy, so beware the varying spice levels if you're sensitive.

The bun cha was also a hit, a base of vermicelli noodles with pork patties and fresh vegetables on the side. I opted to combined all of the dishes into one. Bun cha is a dish of contrast: fatty pork against fresh herbs, soft noodles cut by crunchy peanuts and fried onions, all deeply satisfying. 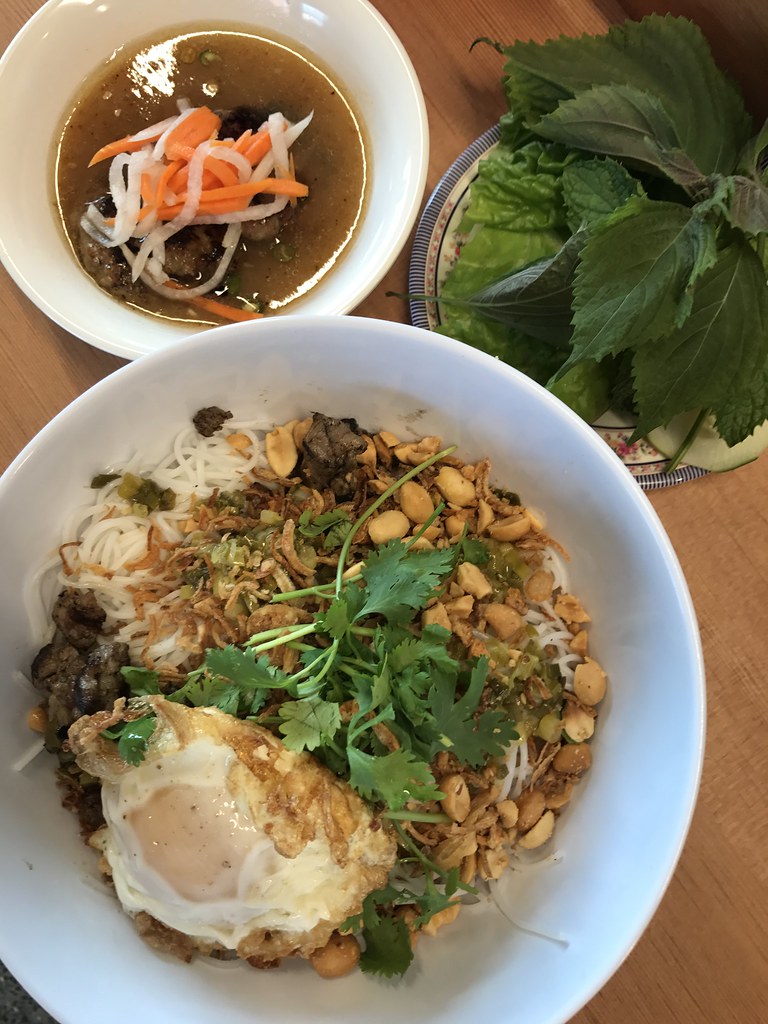 For dessert, if you can manage it, there's flan topped with coffee ice (!!), creamy and cool, not too sweet. 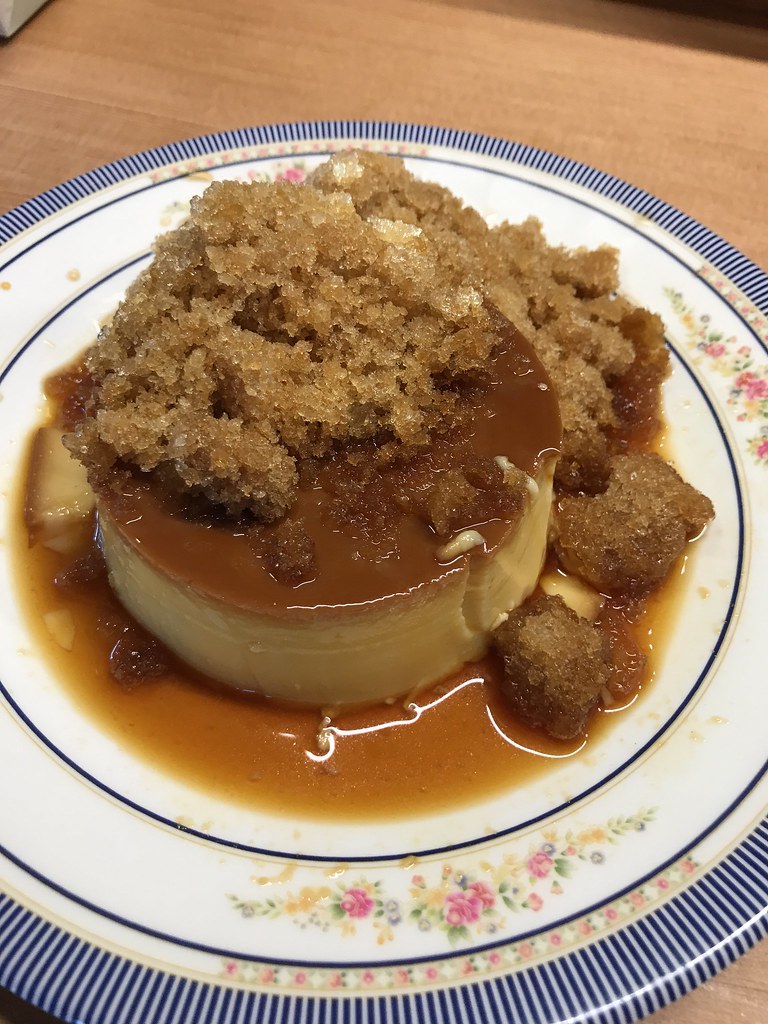 I've always come away from Cong Tu Bot full but not uncomfortably so, despite eating way more than is reasonable. The portions are generous, making it easy to share, and so are the prices. It was about $22 (tip is included) for my portion of the meal I had here.

With Cong Tu Bot, inner Washington Ave. has gained yet another fantastic place to eat. Its small, inexpensive menu and casual service show the crew there is focused on good food, and I appreciate that they're able to provide it at a relatively inexpensive price point.