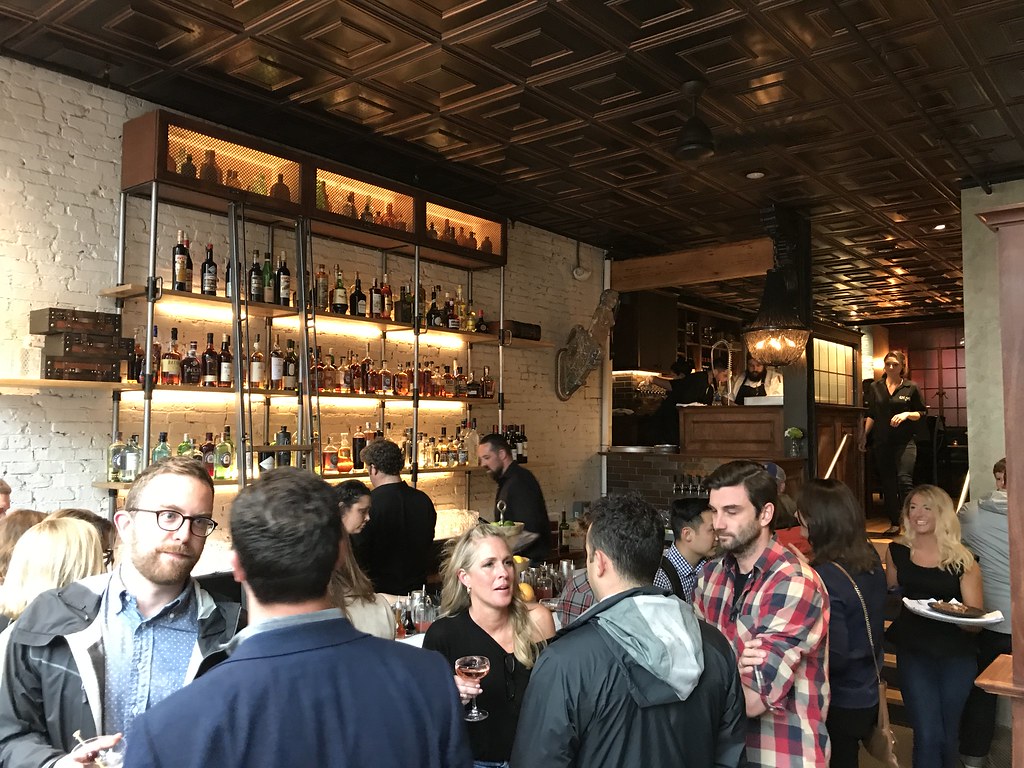 Blyth & Burrows, a new cocktail bar on Exchange St., opens today. I checked it out on Tuesday as part of a media preview, and there certainly are a lot of things to check out. For one, the recently rennovated space encompasses not one, not two, but three bars.

When you first enter off Exchange St., you're in the showiest part of the space, complete with a library ladder to access top shelf bottles. The bar staff is made up of Sur Lie and EVO alums, so expect a similar style bar menu, with specialty cocktails involving lesser known ingredients like Carpano Antica and housemade ingredients like a spruce tip cordial.

The drinks are inspired by flavors the two ships' captains for whom the place is named would have encountered on their trade routes. As someone who worked on boats, I was tickled by all the nautical references that abounded from murals to figureheads to references and ingredients on the cocktail menu. 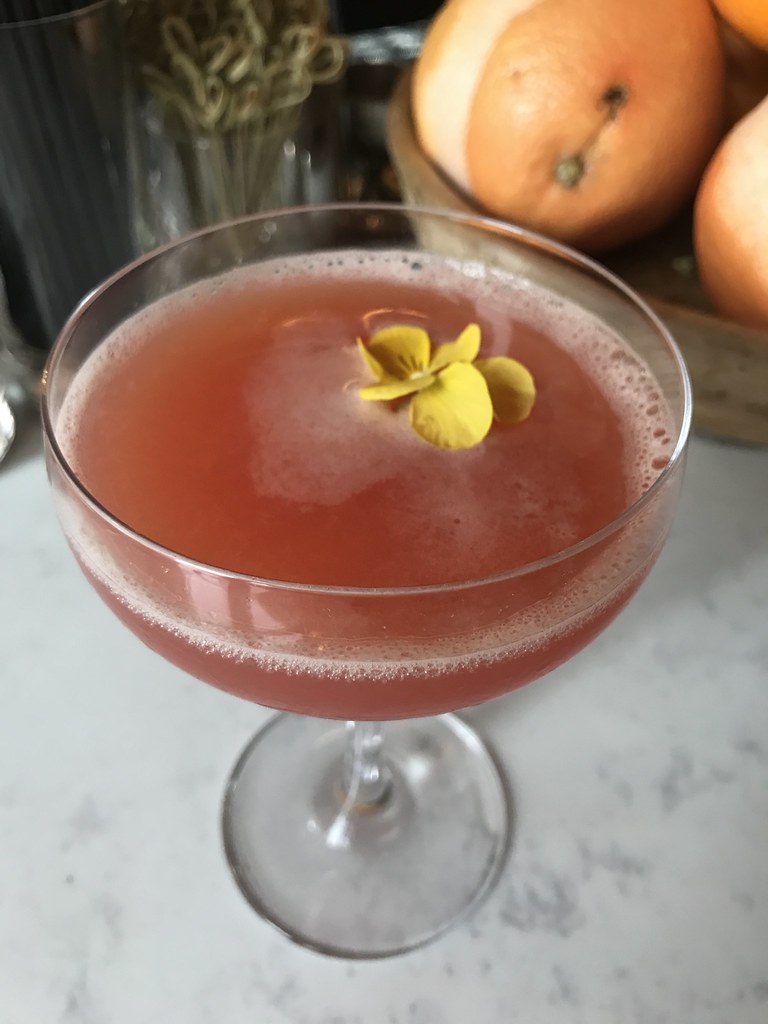 The Blood of the Incan cocktail was another hit, with Pisco, blood orange liqueur, agave, Lillet Rose, lemon, and cranberry bitters. It was citrusy and tart and went well with the tray of local oysters on the half shell that was circulating. 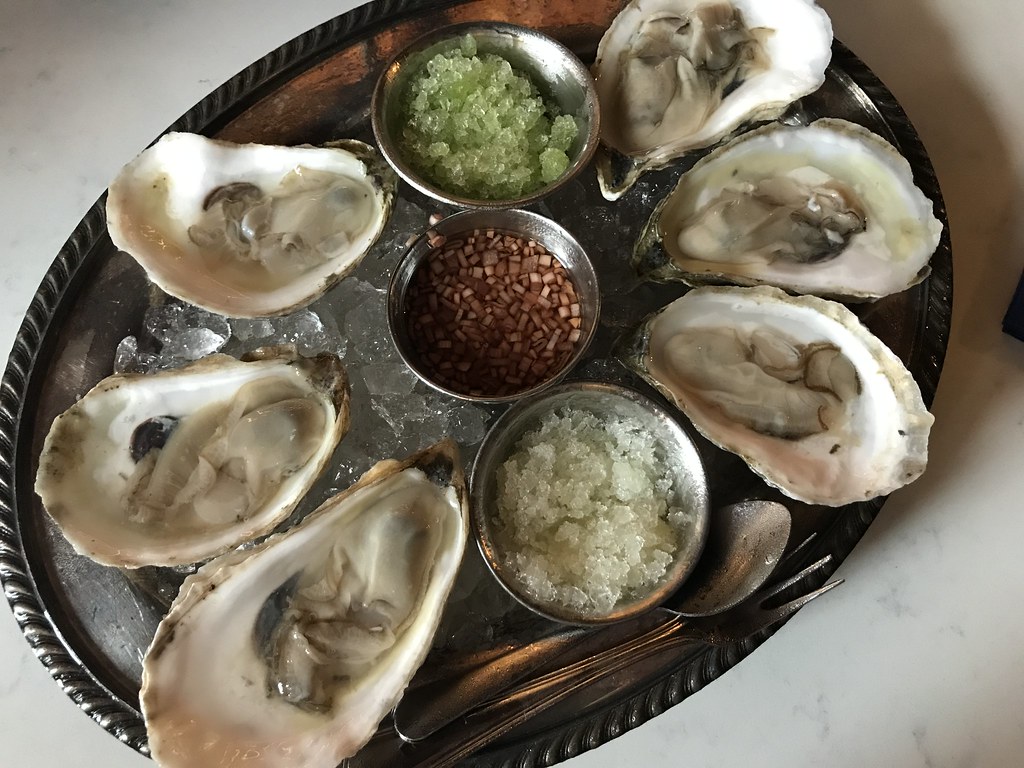 The back bar, up a few stairs, has a raw bar with a several barstools and tables in a cozy nook. But the real attraction is the secret entrance to the dive bar downstairs. Through a bookshelf that doubles a door, you can access The Broken Dram, a red light joint with a simple menu of boilermakers. 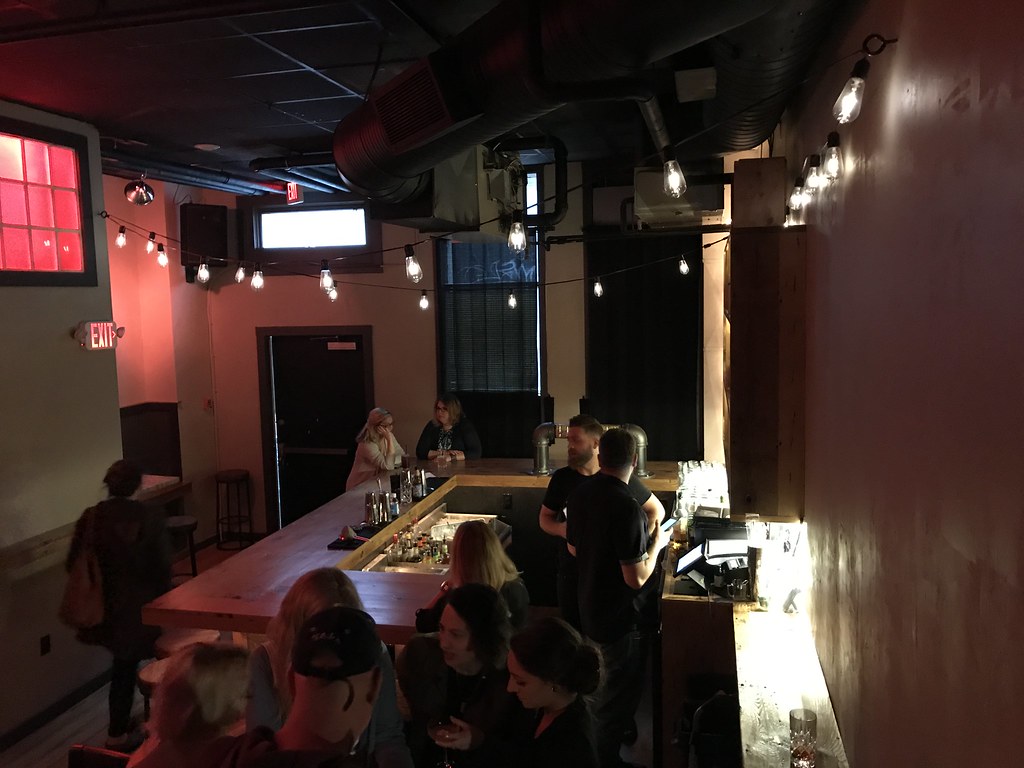 Exit through The Dram into an alley off of Fore Street, where the bar entrance is marked by a single red light and if you look closely, the bar's name spray painted on the door.

Blyth & Burrows will surely fill with the summer crowds of Exchange St. It's nice to know that there's a cool oasis down below that will also suit those who prefer a slightly less polished scene. 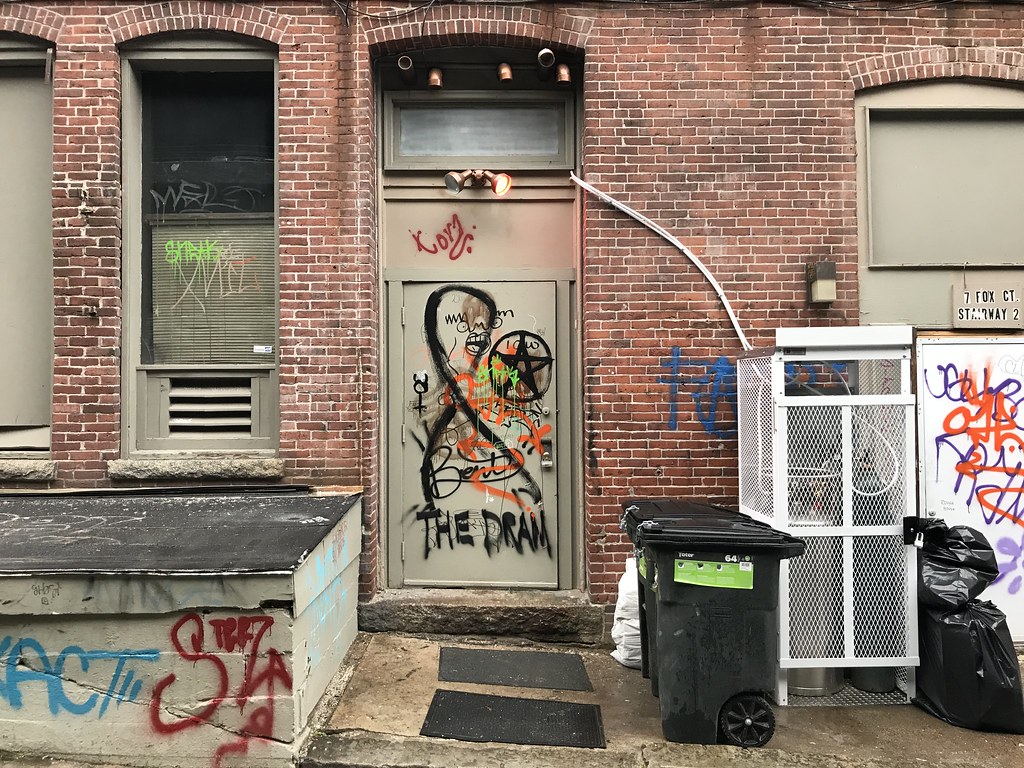