Bayside Bowl has been expanding—more than doubling even—its space over the last year. And last Tuesday afternoon, the last piece of the expansion, the rooftop deck, opened. This is particularly exciting because Portland doesn't have a lot of outdoor spaces that are sunny during happy hour o'clock and even fewer spots still that offer such great views al fresco.

The rooftop bar at Bayside opens at 4pm on weekdays and can reach its capacity of just under 200 people quickly. You can reach the rooftop through the new bar via the stairs or an elevator. After a winding walk across the solar panel-covered rooftop, you'll reach the fenced-in bar area with a covered bar and an old Airstream trailer that's been adapted into a taco truck. 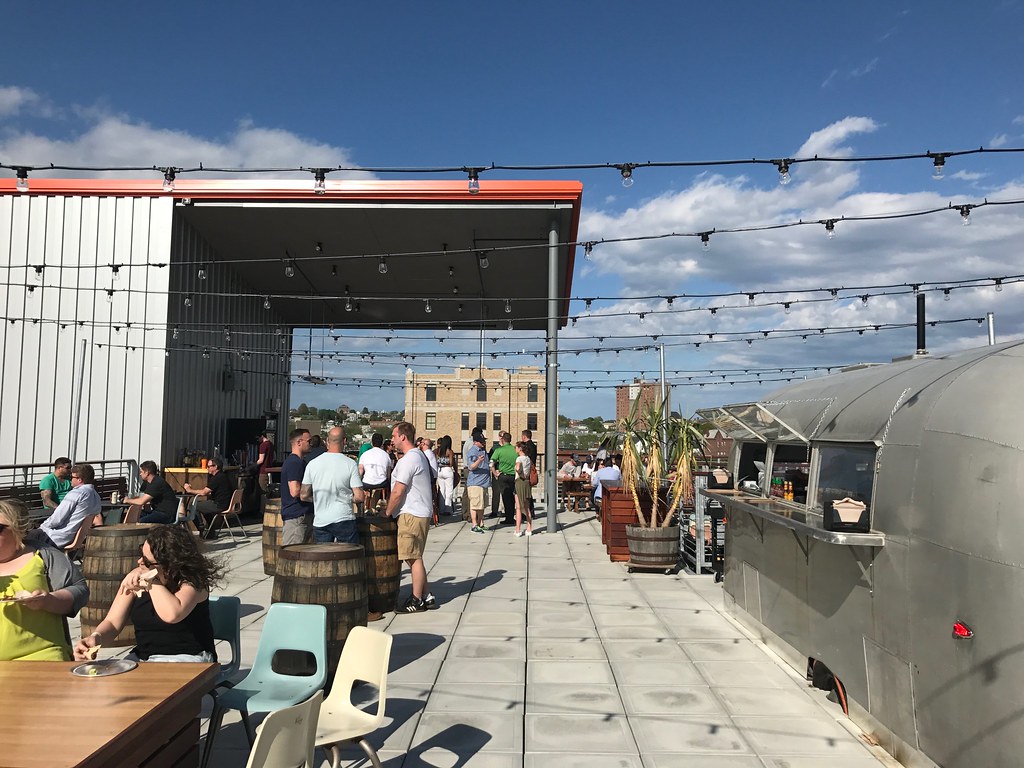 The seating is a mix of vintage bowling chairs and the wooden tables that used to be in the old bar area. During Friday happy hour, I drank Rising Tide's MITA, while my friends had other canned beers. I saw others with cocktails too. The bartender on the first floor offered to pour our drinks into plastic cups for the rooftop (no glass is allowed), so if the top floor doesn't have what you're looking for, you can bring your drink up from another bar.

Pretty soon after we settled in we hit up the taco truck. Its menu has 5 kinds of tacos: two vegetarian (cauliflower and cactus), fried fish, pulled pork, and carne asada. I tried the cauliflower with sweet potato, sliced peppers, tomatillo salsa, and cotija cheese. It was delicious, as you'd expect from roasted cauliflower, but the hit was the fried fish taco. It was perfectly battered and fried, topped with crunchy pickled cabbage and red onion. 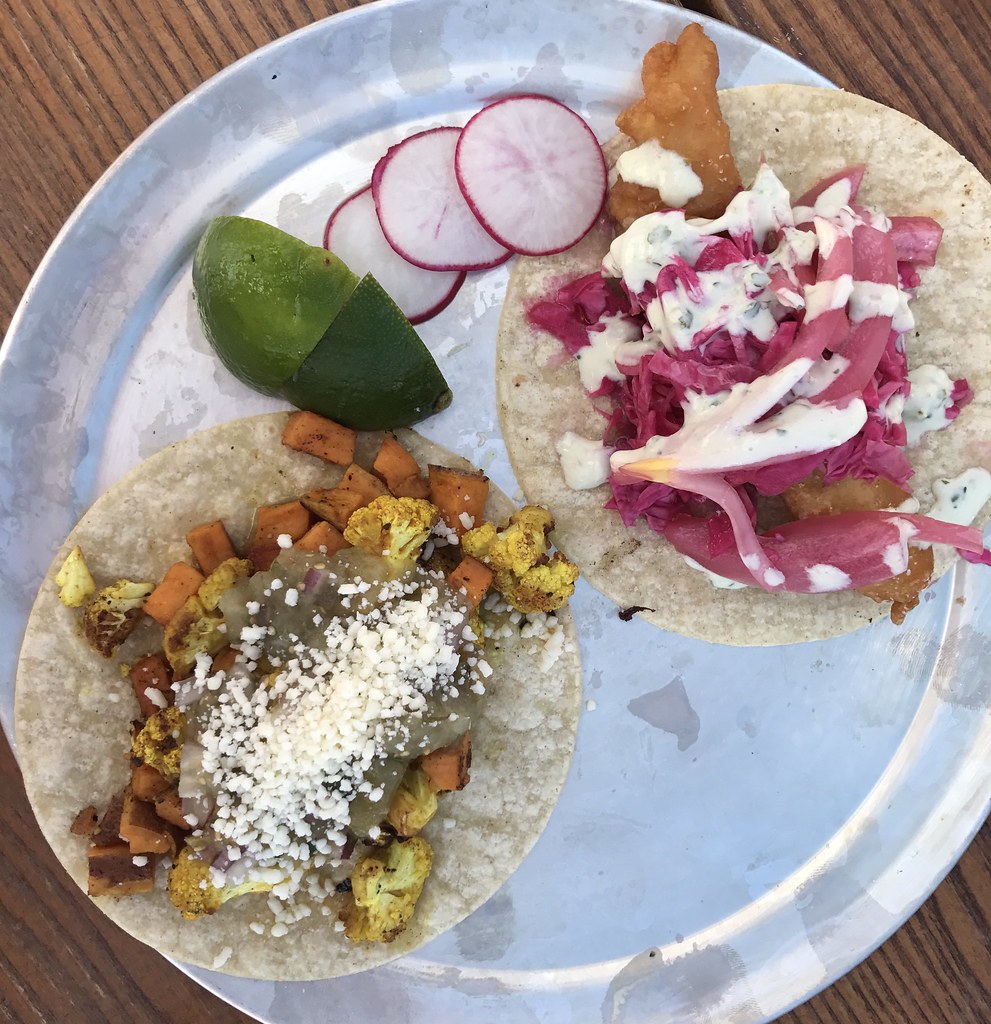 When this next round of rain stops, head to Bayside Bowl to get a new view of the city, four stories up. Bring your sunscreen and be ready to wowed by this great new addition to Portland's bar scene. Opens at 4pm weekdays and 12pm Sundays.