I gave a book talk to a nice group at the Old Bristol Historical Society in the Midcoast last month, and they asked me to speak about the distillery that had recently opened nearby. So I left for my drive up the coast a little early to stop into Split Rock Distillery and learn about one of the state's newest distilleries and its only certified organic one.

Split Rock is located at the crest of a hill on Route One in Newcastle, with a big red flag declaring them "OPEN" (if you pass by between 12 and 6 p.m., that is). Keep an eye out for it as you speed up the hill, since you stand to fly right by it. 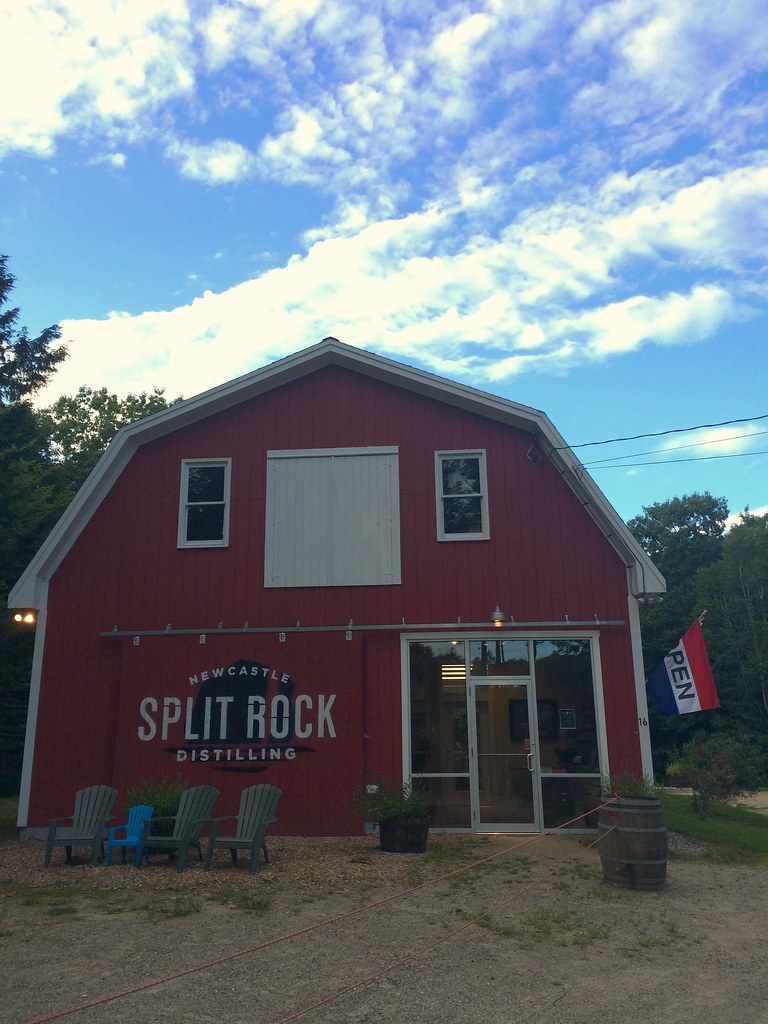 The distillery opened in July and is owned and operated by Topher Mallory (who is also the CEO of Mexicali Blues) and his business partner Matt Page. The old barn was rennovated into the distillery space and a tasting room, with a beautiful live-edge wooden bar.

They makes several kinds of vodka and whiskey at the distillery: all organic and made from human-grade ingredients (versus feed-quality*). The most popular, judging by how often it sells out, is the horseradish vodka. When I sampled the line of spirits, Matt made sure to stress that these vodkas are infused with organic ingredients, not flavored with extracts. So the horseradish vodka is made by steeping grated horseradish in it for a few days; same with the blueberry (only blueberries, not horseradish, obvi).

*Split Rock has planted their flag in the "highest quality" corner of the market; you'll have to decide for yourself whether organic and human-grade grain makes a difference to you. 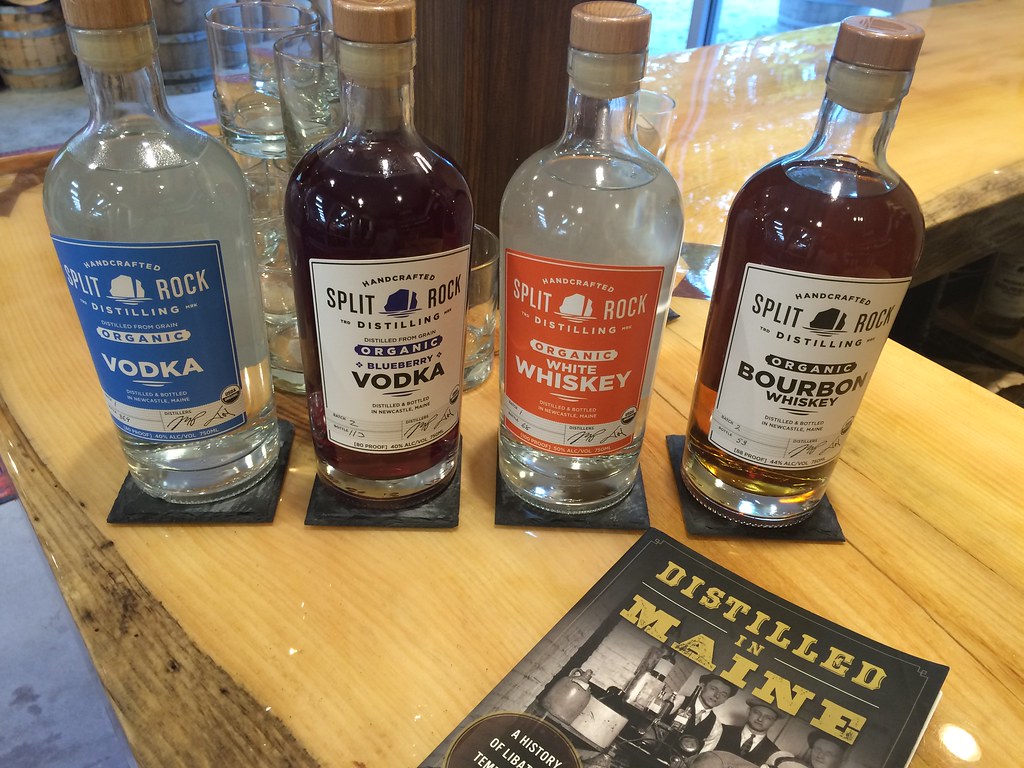 I tried two vodkas and two whiskeys on my visit, which you can see above: vodka, blueberry vodka, white whiskey, and bourbon. The vodka was smooth with lots of flavor and no harsh alcohol flavors. The blueberry didn't do much for me because I don't care for blueberry flavors (secret shame of the Blueberry Files!!) but a blueberry lover would flip for it. It was delicious when I enjoyed it with some sparkling lemonade this summer while out on an island (but I mean, duh).

The white whiskey was also nice and smooth, with lots of sweet grain character. The bourbon was my favorite—while this batch was only aged a few months, Matt argues that the high-quality ingredients mean that it doesn't need to spend as much time in the barrel to age off the harsh alcohol characteristics. 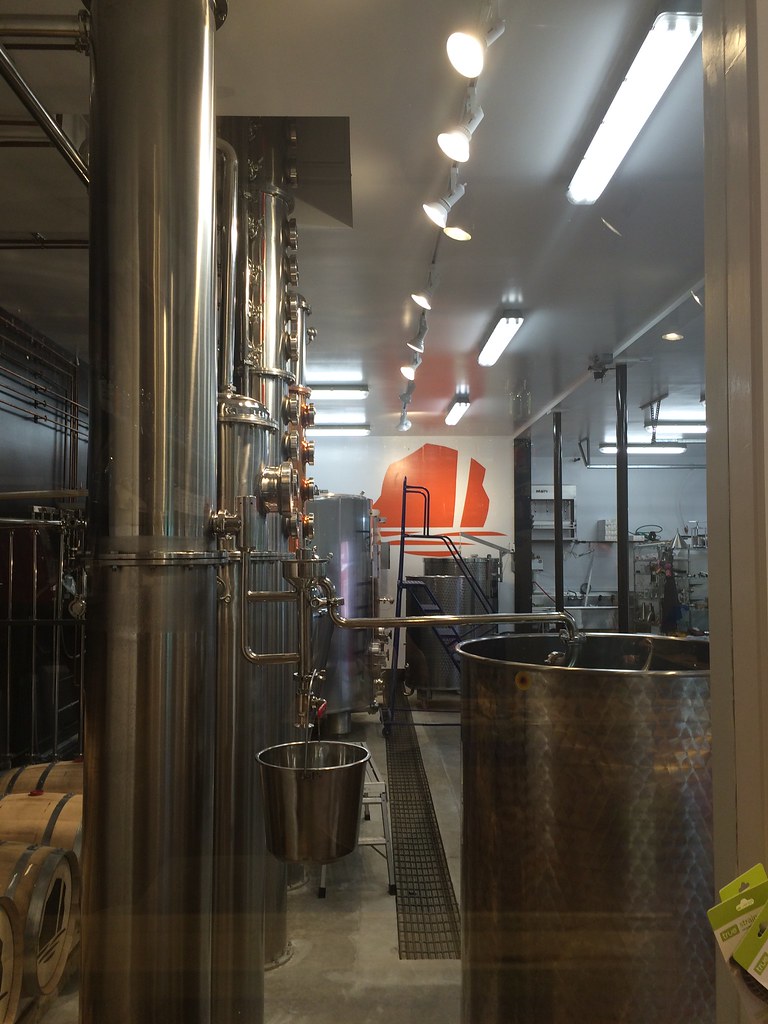 The distillery is visible through a glass-topped half wall from the tasting room. The column stills are used to make all the spirits, just more of the refining column is used when they're making vodka as compared to whiskey. Gin, rum, and more whiskey are in the works. Stop in to visit Split Rock Distillery if you're in the area, or find their products at your local high-end liquor store.

And since no visit to the Midcoast is complete without a scenic lighthouse, here's a shot of the light out at Pemaquid Point, where I gave my book talk: 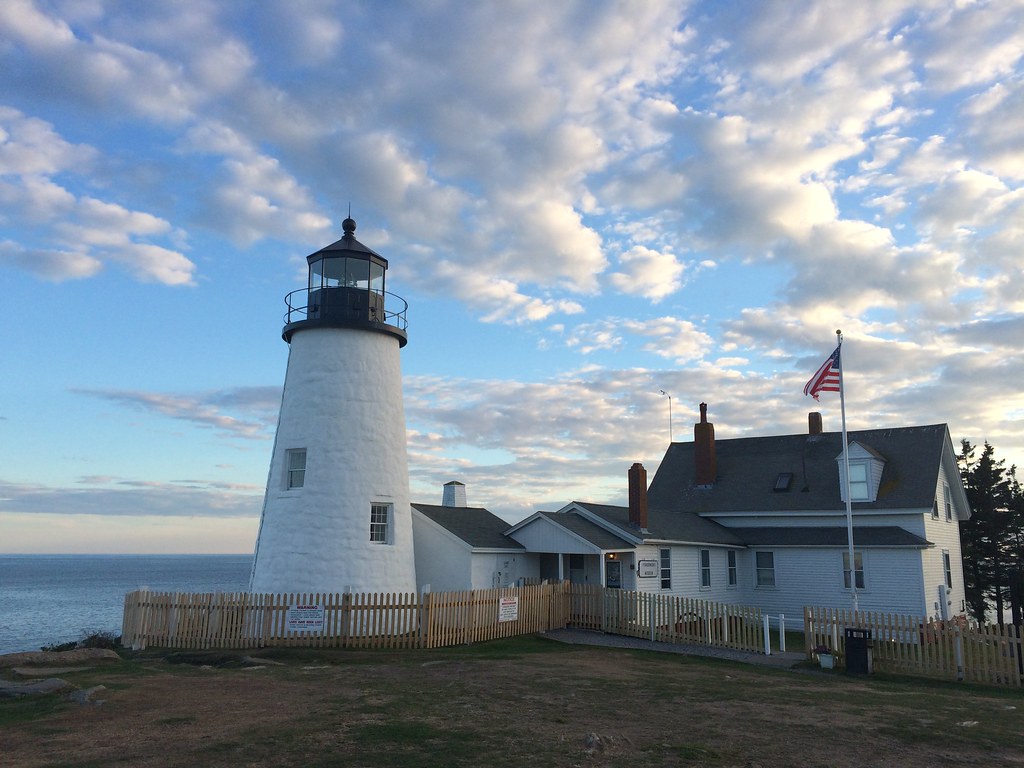