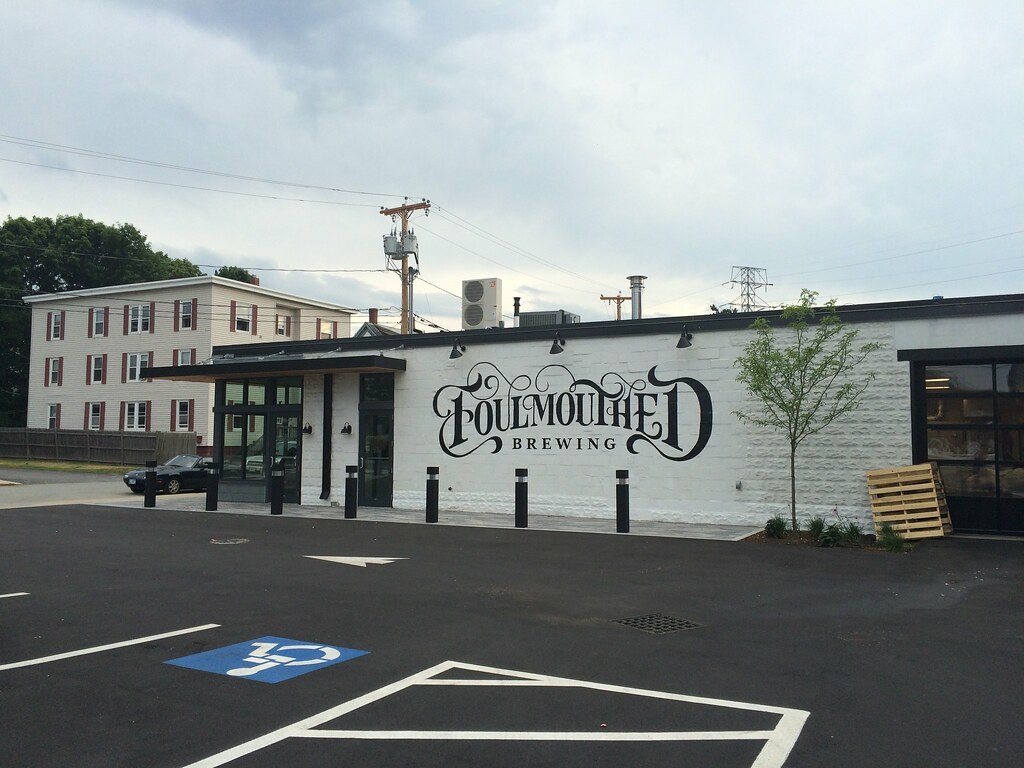 Foulmouthed Brewing opened in the Knightville neighborhood of South Portland about two weeks ago, with several kinds of beer made on premise and a small menu to accompany them. I went on Friday for happy hour with my friend LBK after an afternoon at Willard Beach, a combo activity I highly recommend.

Once we stepped inside this recently rehabbed warehouse-turned-brewpub, we found a full house, the residents of South Portland clearly excited to have a cool, new neighborhood spot. Fortunately, two seats opened up at the bar, so we squeezed in and ordered a flight of the six beers available on tap (the flights are an "all or none" situation, which I liked—we were able to try everything and skipped the pesky step of choosing which ones we wanted in our flight). 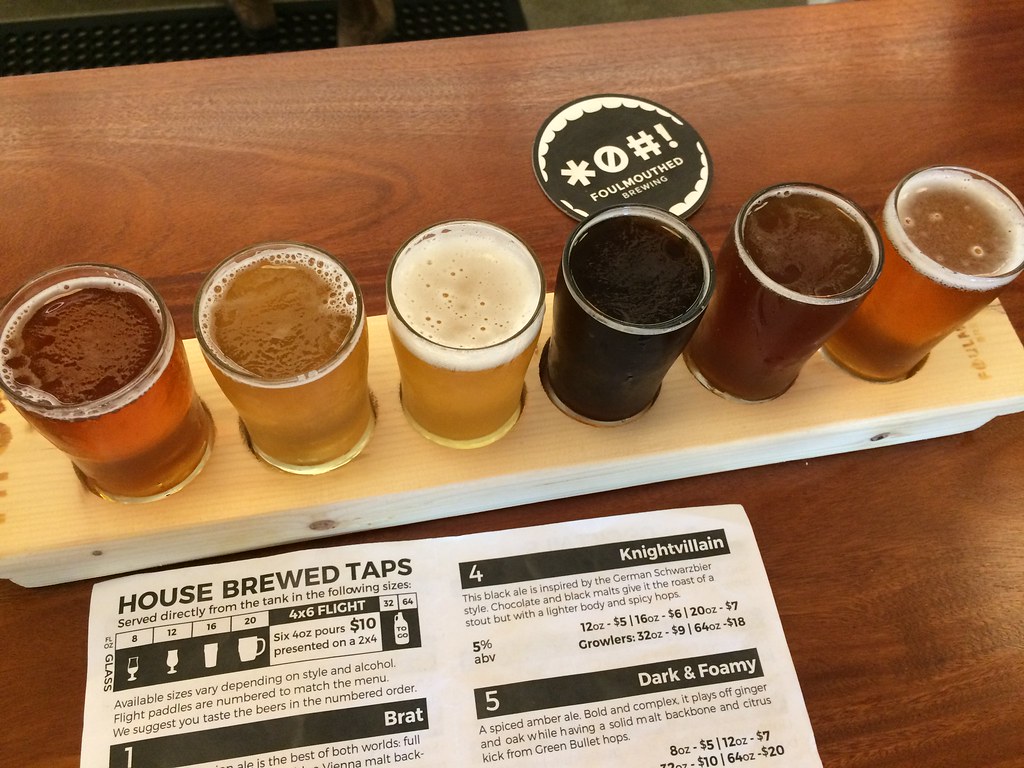 Shown above from left to right, we tried Brat, a Germanic session ale; Golden Bullet, an American pale ale; Kaizen Saison, a Belgian-style saison; Knightvillian, a black ale; Dark & Foamy, an amber ale with ginger and oak; and Malcontent, a double IPA.

I loved the crowd-pleasing variety of styles, and in particular, enjoyed the Golden Bullet and the Malcontent. The Dark & Foamy was really interesting too, since most ginger beers I've encountered are very light. This one had a nice backbone that stood up to the spice of the ginger. 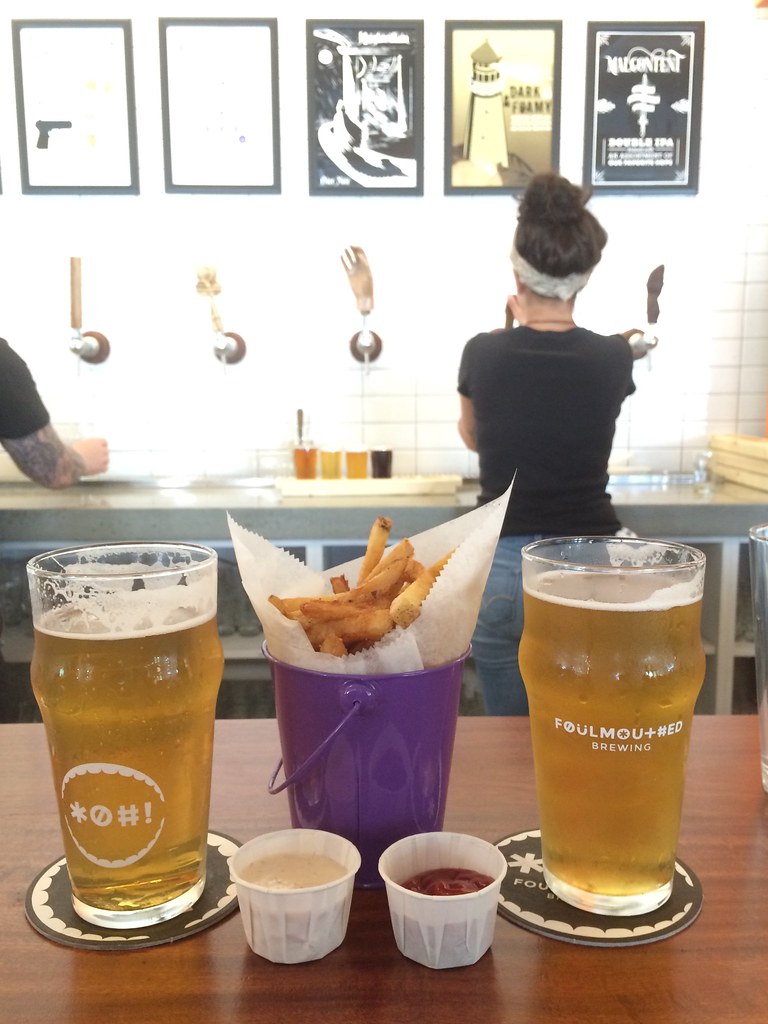 After the flight, we ordered pints of Golden Bullet and took a look at the menu. The chef worked most recently at Hugo's, although his menu takes more inspiration from Nosh, another place of his prior employment, including those same addictive french fries. We opted for a tin of them, accompanied by smoked tomato mayo and ketchup. The menu is small for now, but offers a few sandwiches, like fried fish and pulled pork; two salads, including charred onion and greens; and bar food like nachos and poutine.

Beer isn't the only beverage on offer here; there are also cocktails, which had I been in the mood for a higher alcohol experience, I definitely would have ordered. The Clean, Well Lighted Place, light rum, Luxardo, lime and grapefruit juice, Herbsaint, bubbly, sounds awesome, as does Strange Brew with Gordon's gin, Falernum syrup, pineapple and lemon juice, topped with Golden Bullet.

I'm also intrigued by the rum runnings, a mix of rum and the first runnings of the brew process, apparently a sweet syrup. It's only offered on brew days while supplies last, so check facebook for its availability. 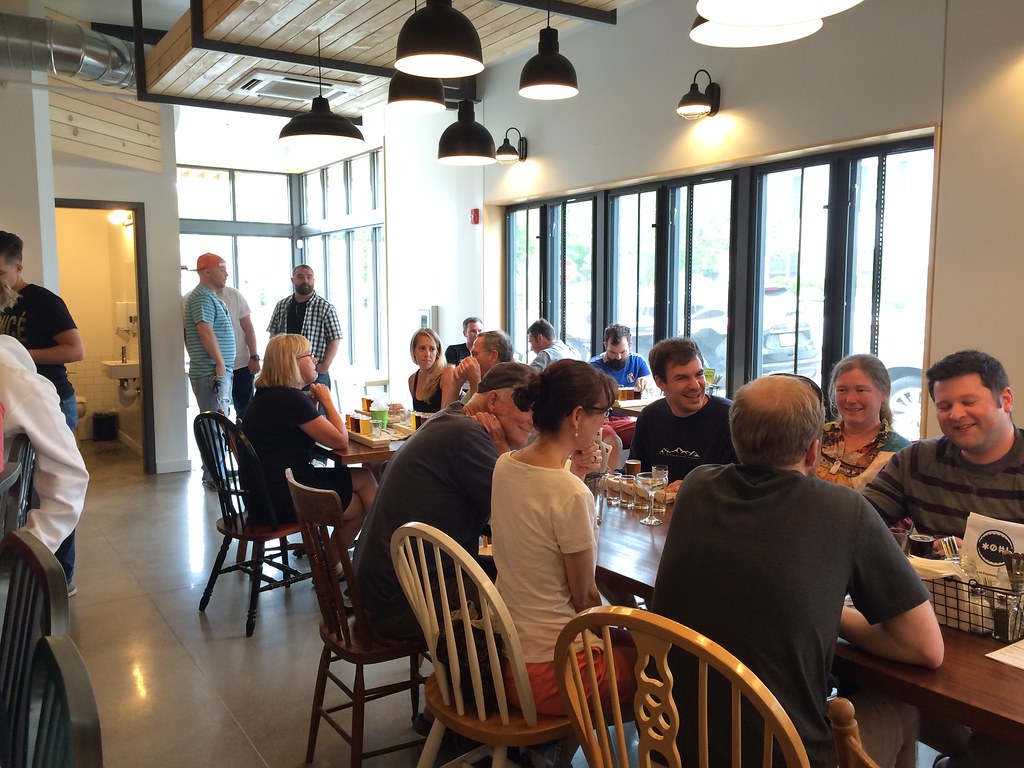 Bottom line: a lot of people ask, how many breweries are too many breweries? I say, meh, who cares. Let's enjoy the fruits of their labor while the market sorts it out. If you live near this one, or find yourself in the area, you should stop in and see which of Foulmouthed's varied styles is your favorite one. Food helps you to stay a little longer, while inventive cocktails will please the non-beer drinker in the group.