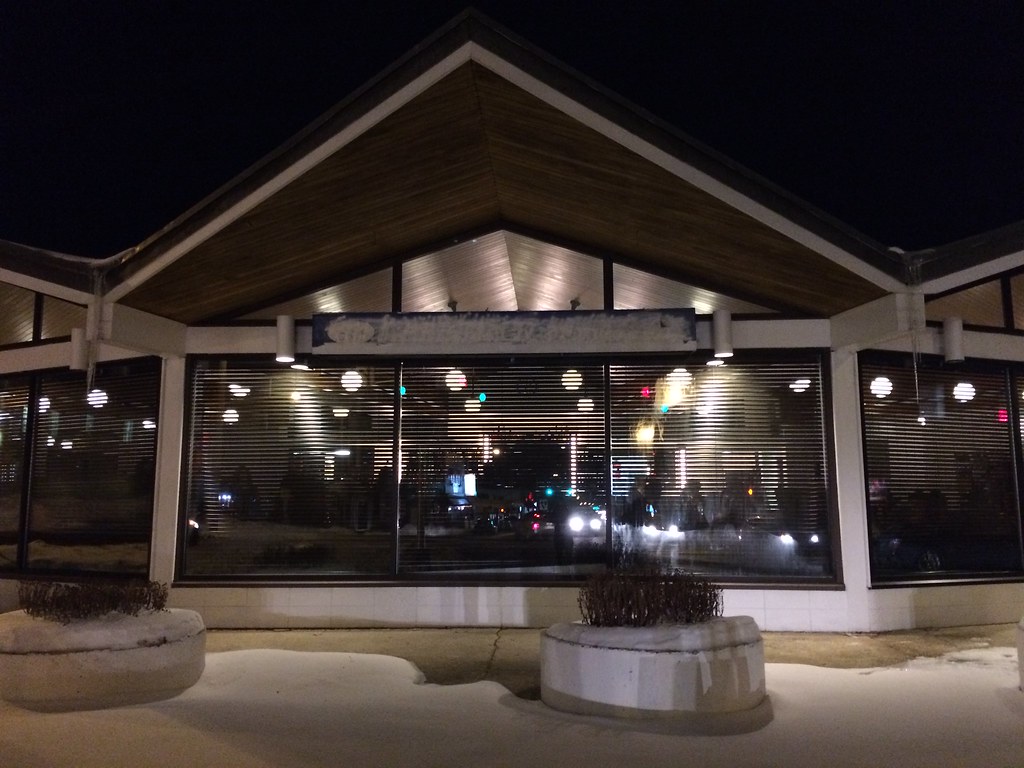 Woodford F&B opened last night at the intersection of Forest Ave. and Woodford St., otherwise known as, you guessed it, Woodfords Corner. The cozy restaurant is in a large white building with a funky roofline that also houses a laundromat and a tanning salon. The space used to be home to Portland institution Valle's Steakhouse back in the day, but most recently was a mortgage company.

On the restaurant's opening night, there was a growing crowd; clearly everyone is excited to have a worthy food destination in the neighborhood. The space has been restored with a large bar and diner-like banquette and booth seating separated from the bar area by a half wall. The architecture, light fixtures, and tiling give the place a retro feel, and the menu is full of classics like deviled eggs, steak frites, and clam chowder. 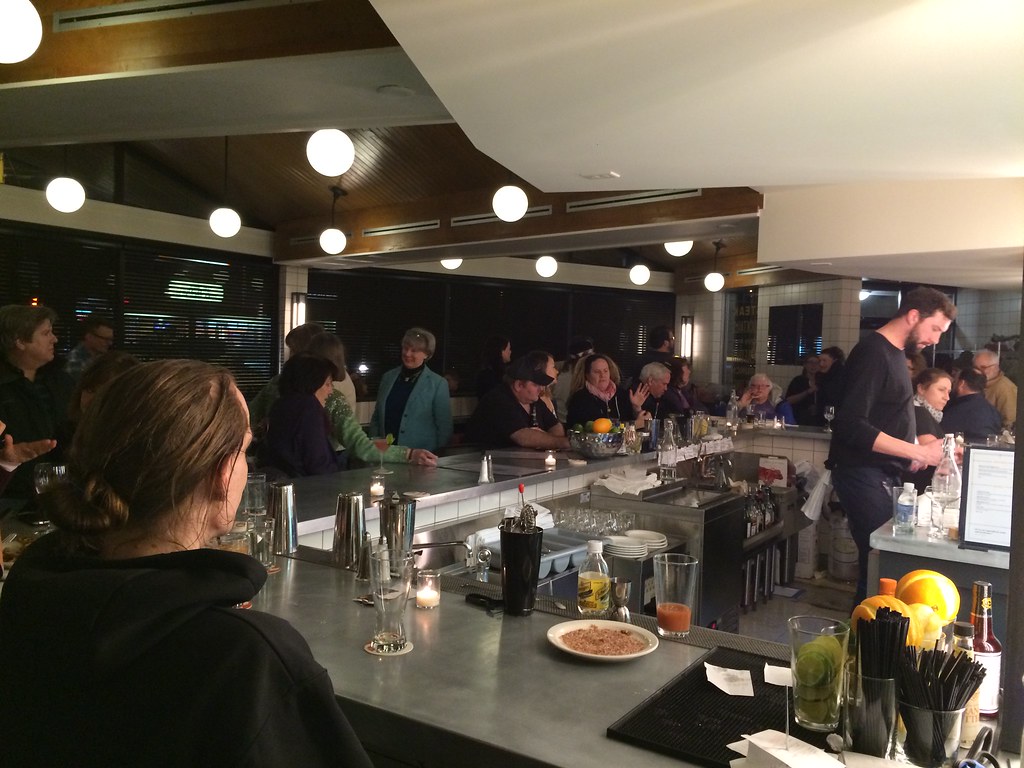 I joined Professor A. for dinner; we sat at a table with banquette seating and shared some wine. The wine selections are available by the glass, in a half carafe, or a bottle making for affordable sharing. There's also a selection of draft and bottle beers, as well as classic and original cocktails. A. had been in earlier this week for the friends and family dinner, so he had scoped out the menu and had some recommendations.

To start, we ordered the roasted oysters which are served on the half shell, with leeks, bechamel sauce, and breadcrumbs (4 for $11). They were fantastic - rich and meaty with a mild, savory onion flavor. 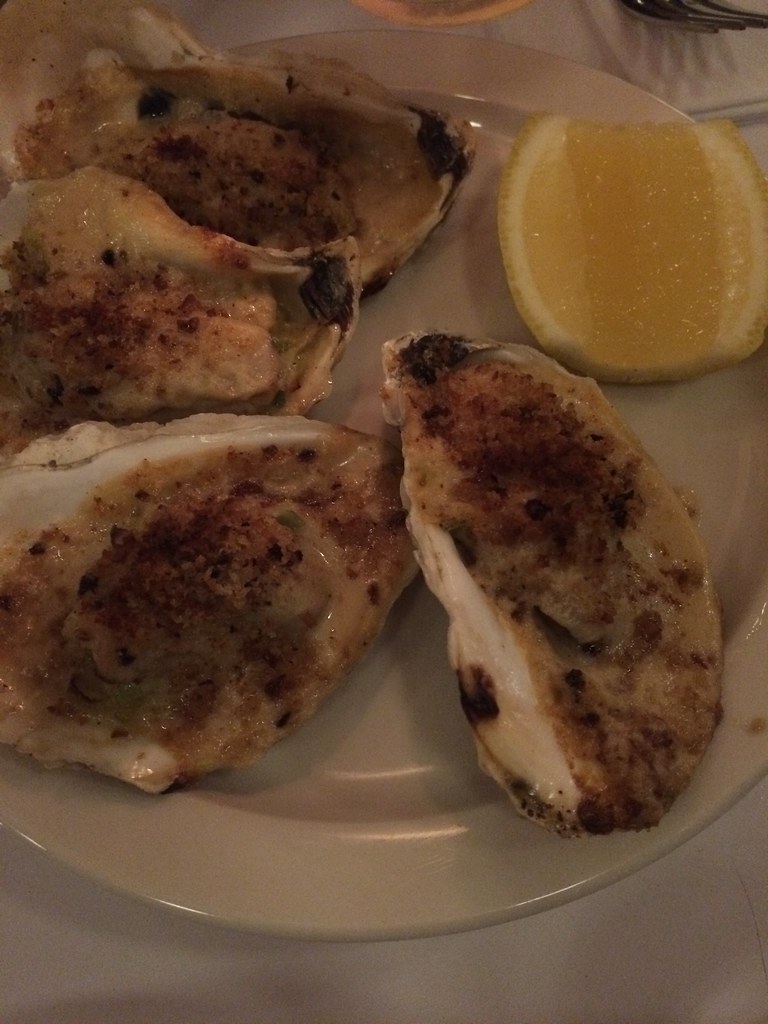 I ordered the moules frites ($12) and A. went with the burger ($16). I was tempted by the steak frites and, to be honest, the plat du jour, which was a baked stuffed lobster - not usually an item that grabs my attention, but the celeriac and whipped potatoes accompaniments sounded decadent.

My mussels were great - the broth was everything you want it to be: savory, garlicky, and accompanied by plenty of starchy things with which to sop it up. A. reported his burger was good too. 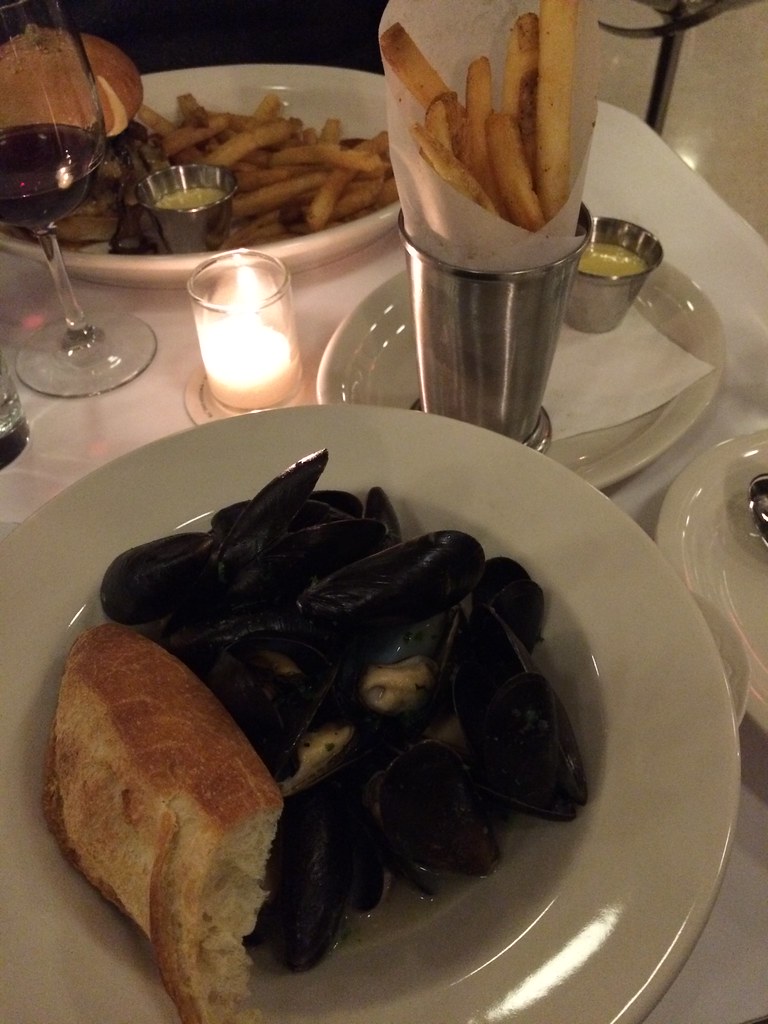 For dessert, we shared a spiced ginger cake, surrounded by caramel and topped with freshly whipped cream. It was nice in that it wasn't too sweet and came with soft slices of pears.

Those who live in the surrounding neighborhood are sure to be thrilled with this comfortable restaurant that boasts good food, cocktails, and a family-friendly atmosphere. And those of us who are stuck in our peninsula bubbles will want to shake up the routine by heading out Forest Ave. to check out Woodford F&B.