Man, the Portland food writing and restaurant scene just went crazy. Lost its damn mind over "Criticgate 2015." I'll just be over here, "la la la!" writing about whatever, trying to stay out of the fray. Because we all know I don't have strong opinions, mm-mm, not me.

So: my exciting news! I have a beautiful preview of my next book to share with you. "Distilled in Maine: A History of Libations, Temperance and Craft Spirits" is off to print soon. It will be released mid-July, and you can bet your bottom there will be a party (with booze, natch).

As usual, the designers at the History Press did a great job with the cover layout: 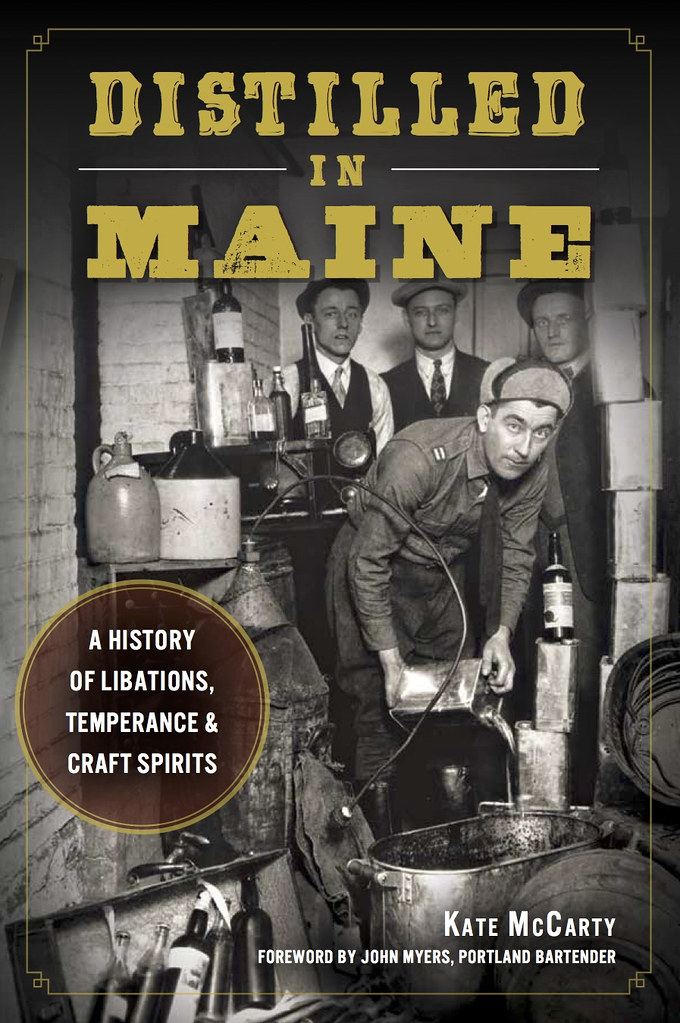 And you can see that famed bartender John Myers wrote a foreward! I was so excited when John agreed to do so; he's got a great voice and provided a nice overview of why Maine is so unique when it comes to alcohol (hint: it's the birthplace of Prohibition!). 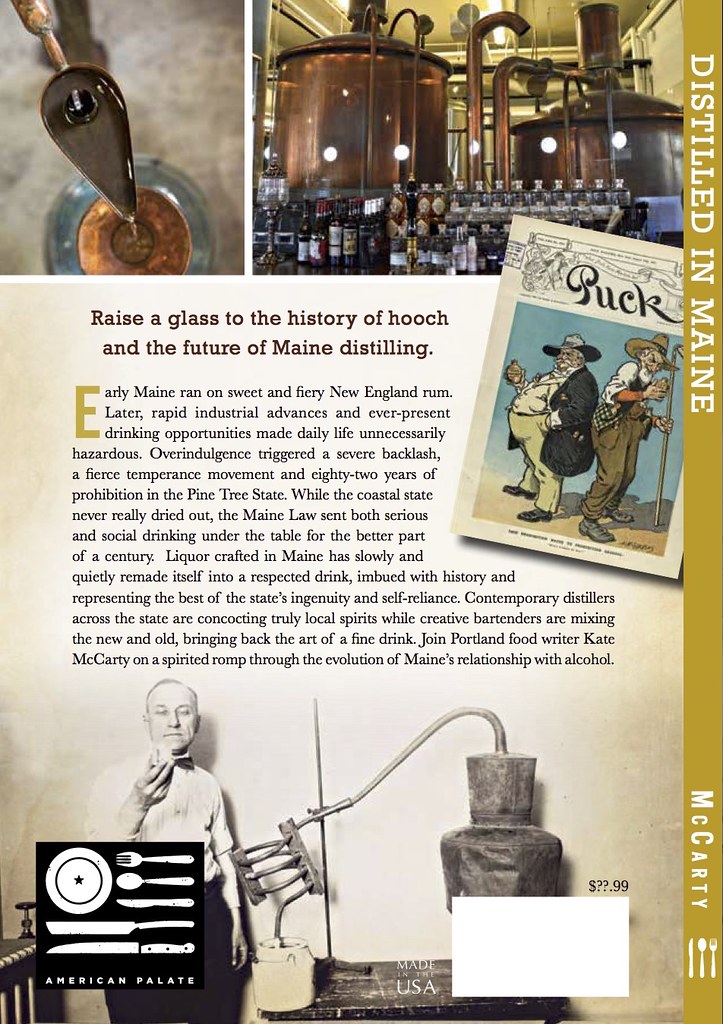 Of course, as soon as you hit "send" on something profiling the current scene (be it food, booze, or beer) it very soon becomes out-of-date, but the book features 9 craft distilleries in the state and an alcoholic history of Maine (it starts 400 years ago with the first European settlers, who introduced alcohol into the state).

Naturally, Neal Dow, the so-called Father of Prohibition, plays a large part in the state's history, so I got to know ole Nealie, as I refer to him in my head, pretty well. He's a fascinating character, and I loved revisiting Portland in the 1800s through his eyes.

I've got the page proofs now, and so I'll give it one final fine-toothed-comb once over, and then it's out of my hands. I'll let you know when and where the party is, as I'm so excited to share "Distilled in Maine" with you! 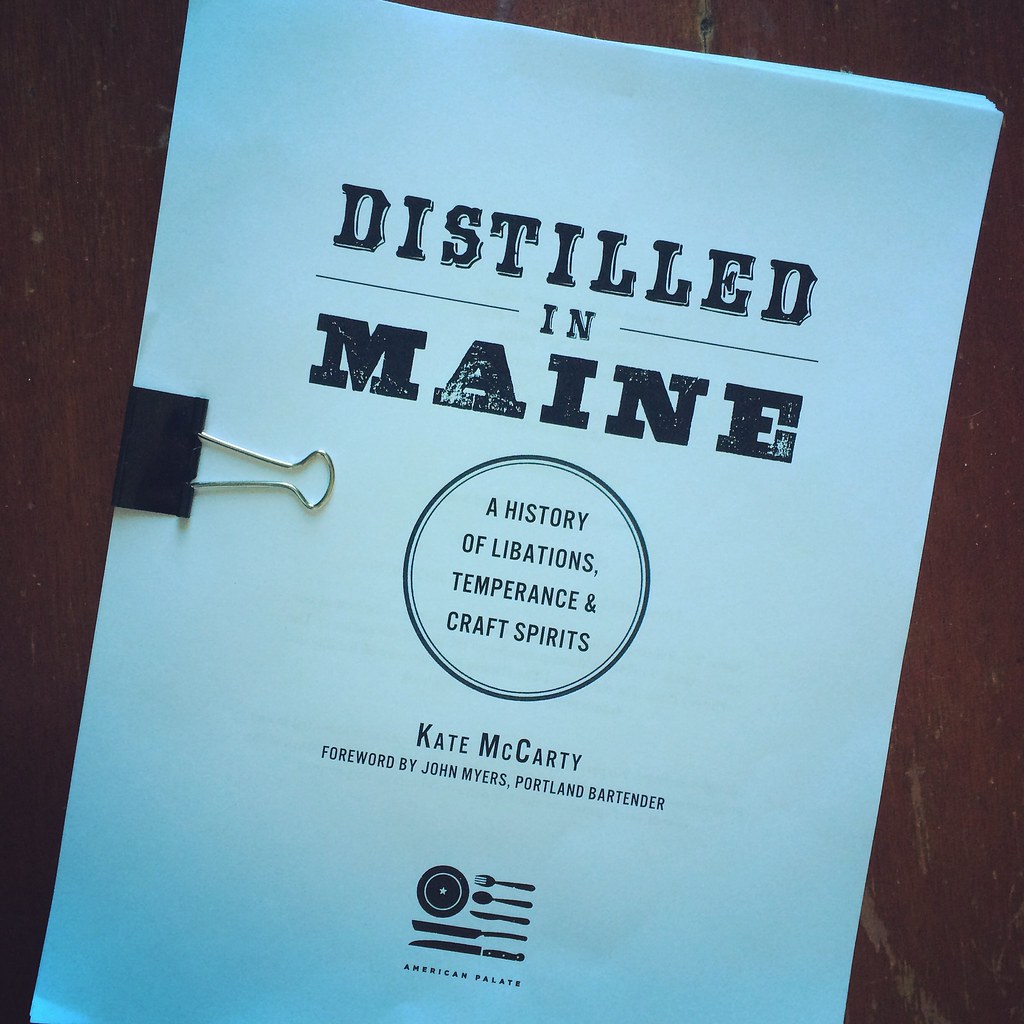 Early American Maine ran on sweet and fiery New England Rum. Later, rapid industrial advances and ever-present drinking opportunities made daily life unnecessarily hazardous. Overindulgence triggered a severe backlash, a fierce temperance movement and eighty-two years of prohibition in the Pine Tree State. While the coastal state never really dried out, the Maine Law sent both serious and social drinking under the table for the better part of a century. Liquor crafted in Maine has slowly and quietly remade itself into a respected drink, imbued with history and representing the best of the state’s ingenuity and self-reliance. Contemporary distillers across the state are concocting truly local spirits while creative bartenders are mixing the new and old, bringing back the art of a fine drink. Join Portland food writer Kate McCarty on a spirited romp through the evolution of Maine’s relationship with alcohol.