I eagerly stopped into the East Ender on Middle Street in Portland last night for happy hour. I'm an unabashed fan of Karl and Bill's cooking - last seen coming from the bright orange Small Axe food truck. The two were so generous with their time, allowing me to profile them for my book and for no fewer than 5 Phoenix/Dig articles.

I was momentarily sad when the two sold their food truck, but cheered up immediately when I learned it was because they were looking to move into a brick-and-mortar restaurant. The news came at the end of last year that they would be taking over the East Ender on Middle Street. Well, the wait is over; they opened yesterday for lunch and dinner with a special happy hour menu between the two. 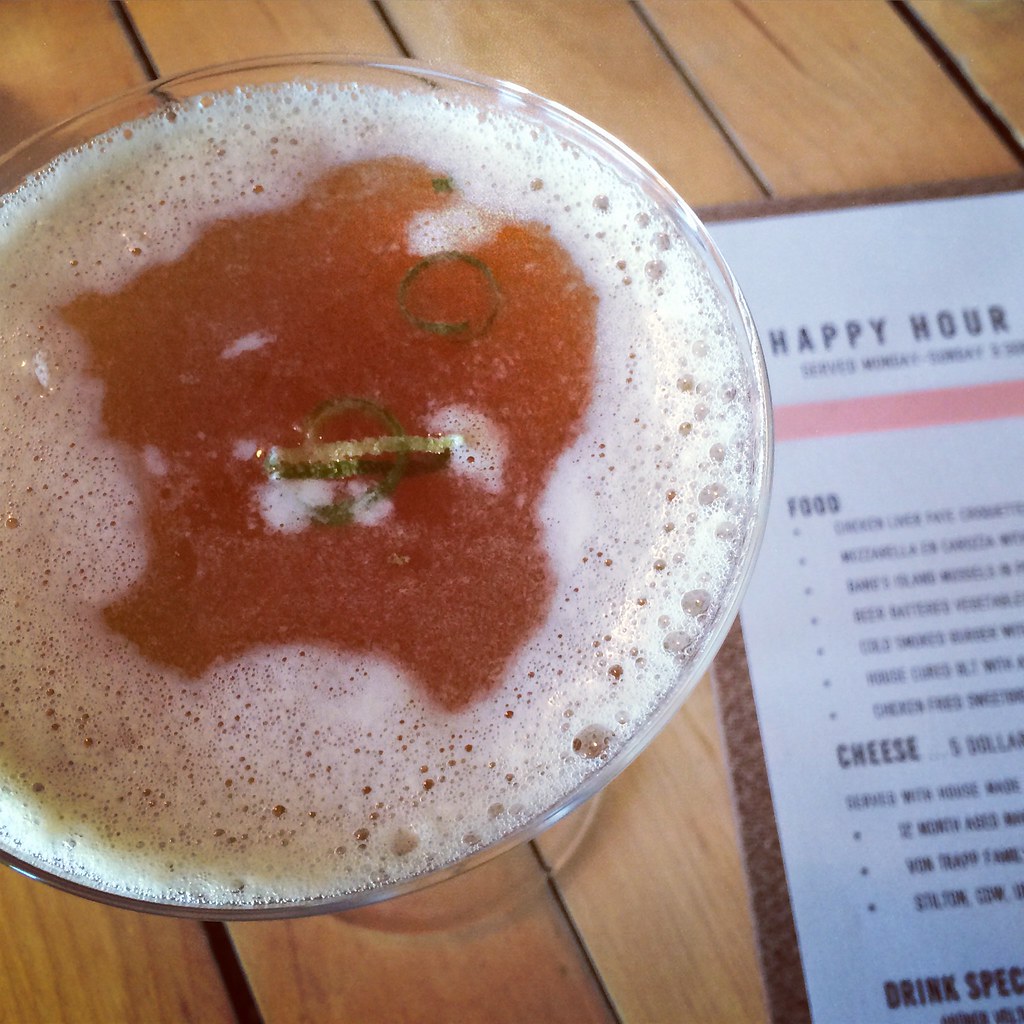 Their cocktail list is impressive, unique without being intimidating. Between our party of five, we managed to order almost every one on the list. I tried the Haitian Divorce first, a warm, rich mix of Rhum Barbancourt (Haitian), Cruzan Blackstrap rum, Cynar, pineapple and lime juices.

Sitting on Middle Street, with the sun setting an hour later than the days before, we all agreed it was the perfect drink to mentally transport us to warmer climes. The High Noon did the same thing with its refreshing mix of mescal, triple sec, Campari and grapefruit (or at least I think that's what was in it). 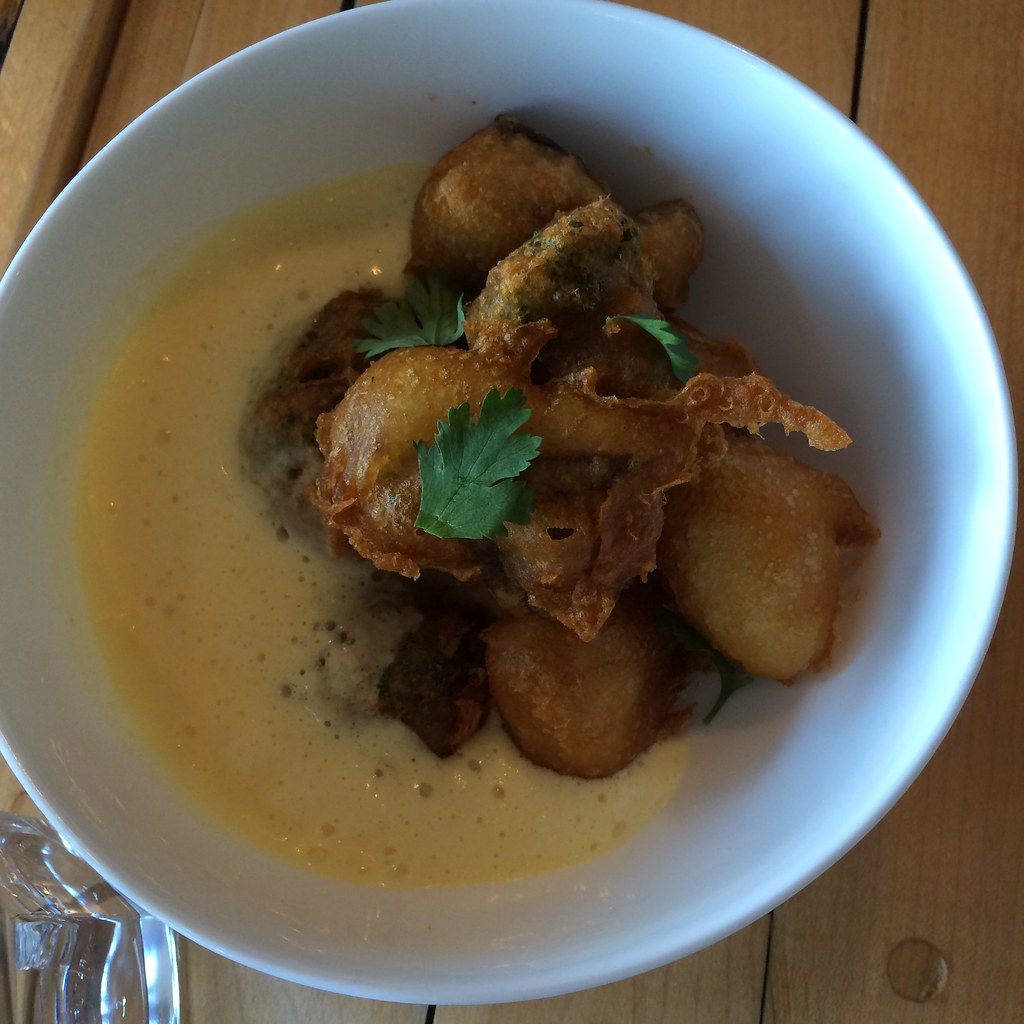 We sampled a few of the bar snacks - fried vegetables in a Bagna Cauda sauce ($8) and the chicken liver croquettes topped with pickled onion jam ($9). They were both outstanding. The happy hour menu (served 3:30-5:30 Monday through Sunday) also had a selection of cheeses, mussels, a BLT, and the infamous cold-smoked burger. It's back! Hooray! If at any point, you can't find me between 3:30 and 5:30, I'll be at East Ender, taking a burger and $2 Miller High Lifes to the head. 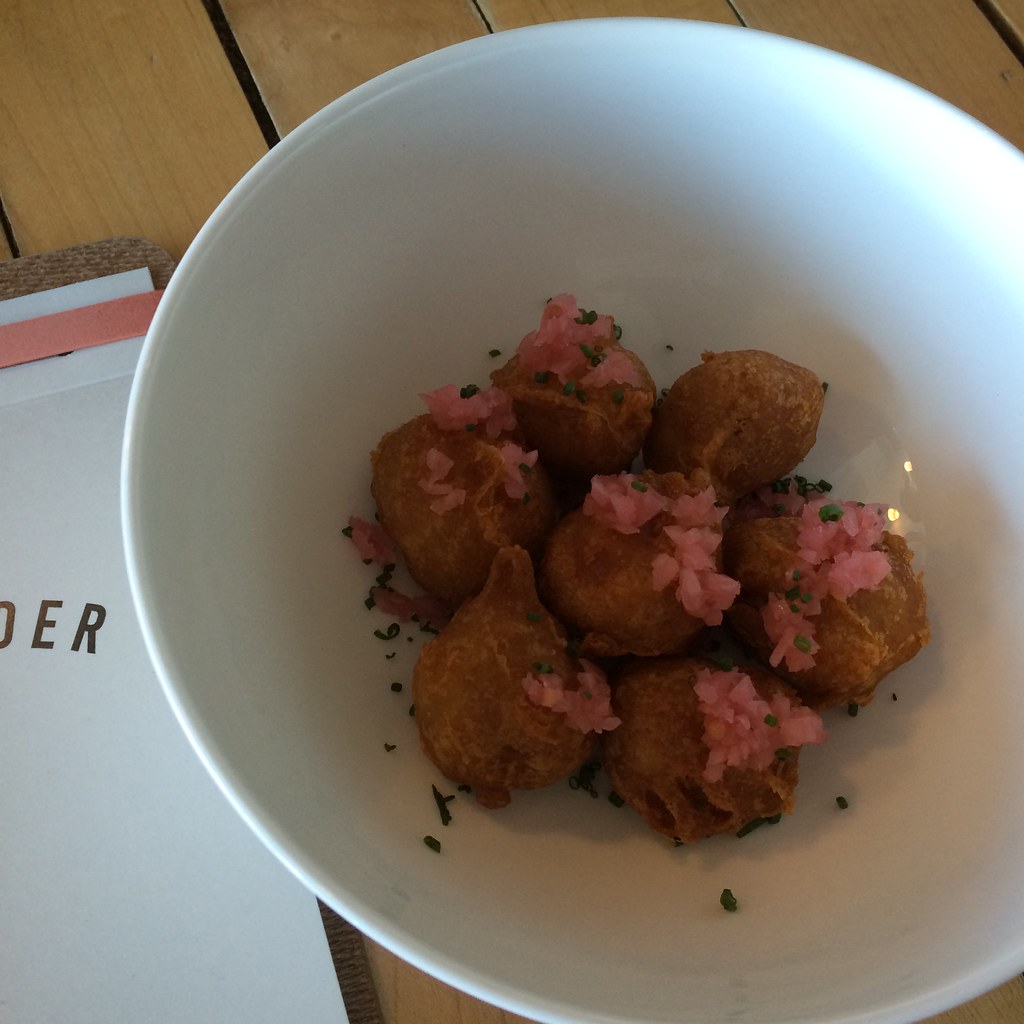 The redesign of the space might seem a little plain compared to the teal and cow-spotted decor of the previous East Ender but it's a welcome change. It's now grey and black, with lighter wood accents. The lounge area's mini fireplace has been removed and replaced with a banquette. I can't imagine there's less seating upstairs, but it seems roomier than before.

Like I said, I'm predisposed to like everything Karl and Bill do. But even if that weren't the case, I'd be planning to frequent the East Ender. It's in the perfect spot in a nice little restaurant row. Between Eventide, the Honey Paw and East Ender, I may never have to leave Middle Street again.