It was a great sight to see - over 30 women sipping whiskey, chattering about what they smelled and tasted. Paula Truman of Bow Street Distributing lead the event, summing it up best when she opened her talk with, 'Women! Whiskey!' The Portland Spirits Society women's whiskey tasting had a simple premise, not meant to be bigger than women drinking whiskey, with a little bit of learnin' on the side.

We sampled four whiskeys, an Irish whiskey, a rye, a Bourbon, and a Scotch. We learned what characterized each one, came up with a few smell and tasting notes, but then, most importantly, enjoyed our samples and caught up with friends, new and old.

The Four Roses small batch Bourbon stood out, a blend of four whiskeys from the Kentucky distillery. 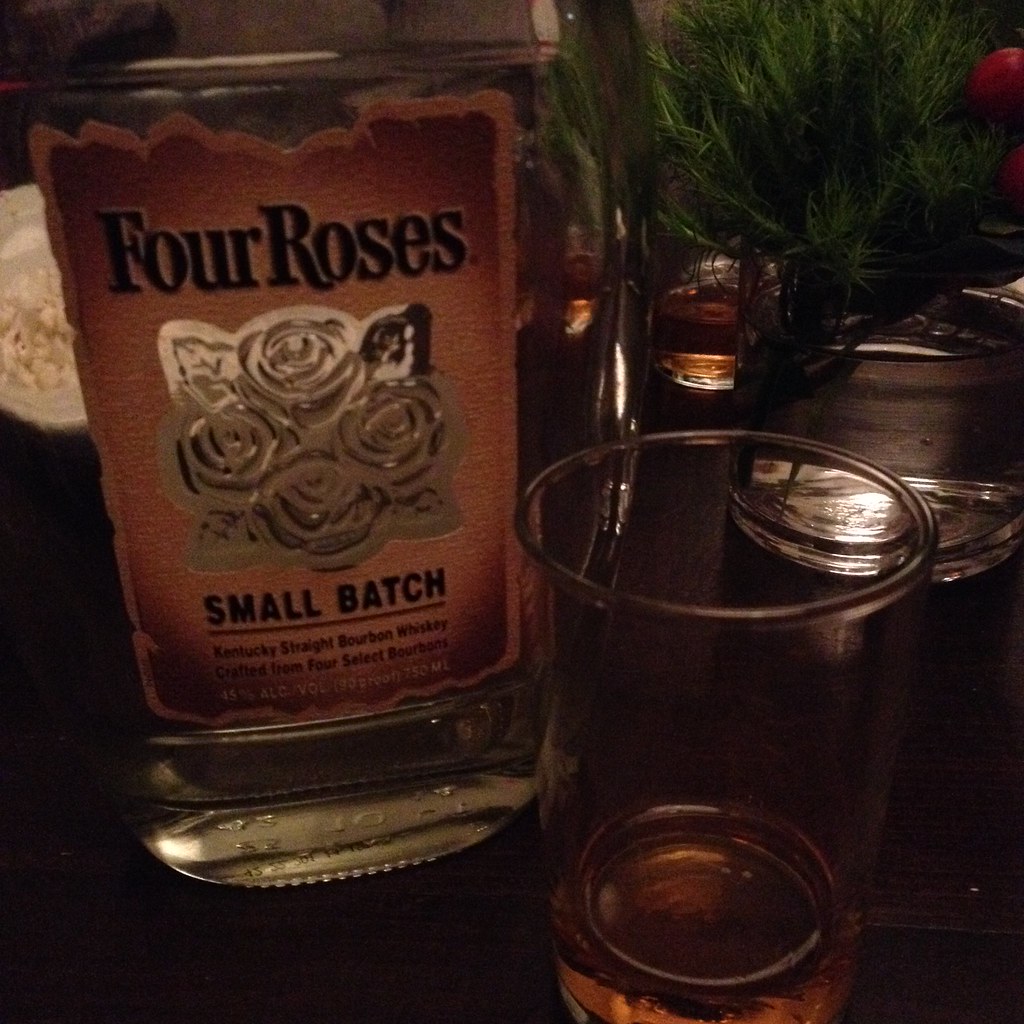 I was thrilled to find that the Scotch Portland Hunt & Alpine Club's owner Andrew Volk had selected for us was a mild, not-too-smoky, honey-sweet variety. I am truthfully kind of scared of Scotch.

From left to right (but pictured in the opposite order that we enjoyed them), we drank: 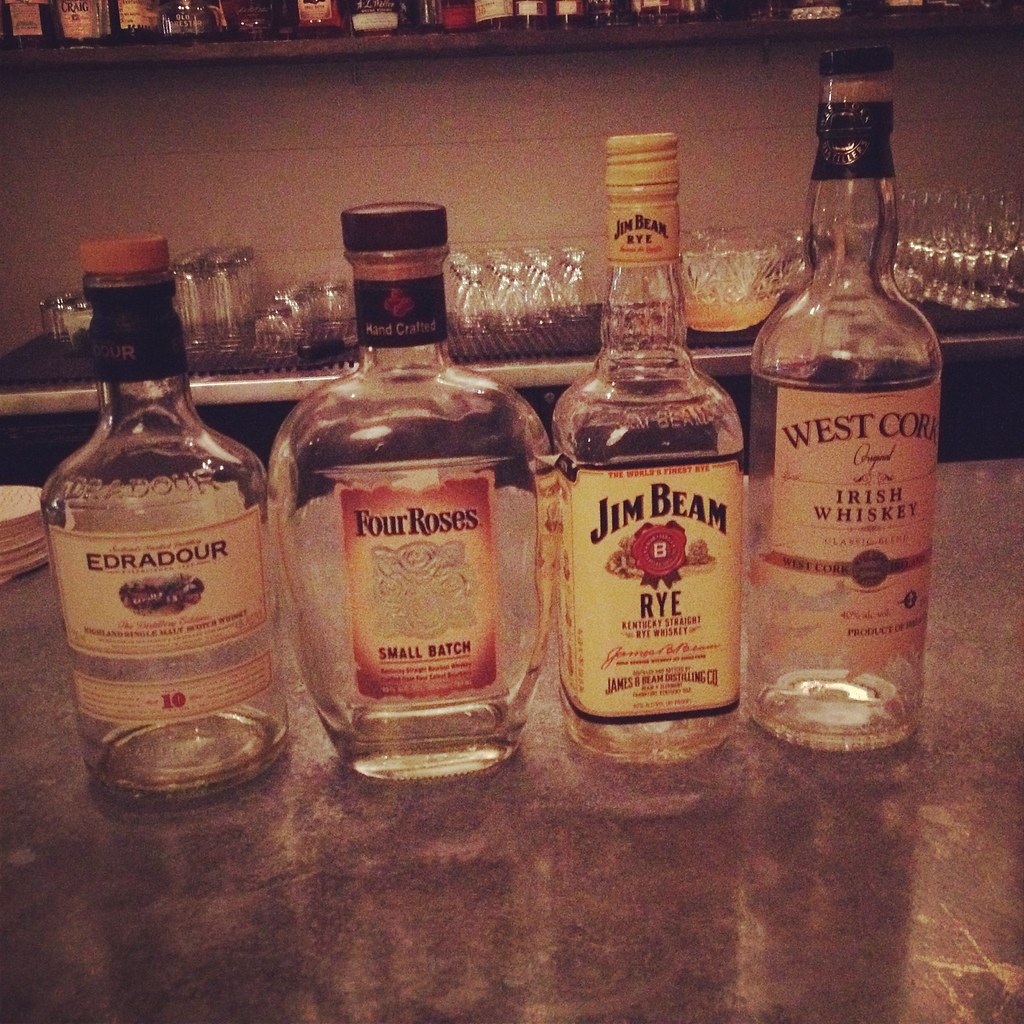 I'd love to have a night dedicated to each one of these spirits (yes, even Scotch), learning about the different styles, regions, methods... What about gin? Tequila? Rum? Let's do it all.

The next Portland Spirits Society event is a tour and tasting at New England Distilling, where they make rum, rye whiskey, and gin, on Tuesday, March 10th at 5:30pm (RSVP on facebook).

After the event, A. and I went across the street to Sonny's, where I enjoyed a Pisco Sour. I can't get enough of egg white drinks lately. This one was a fine nightcap. 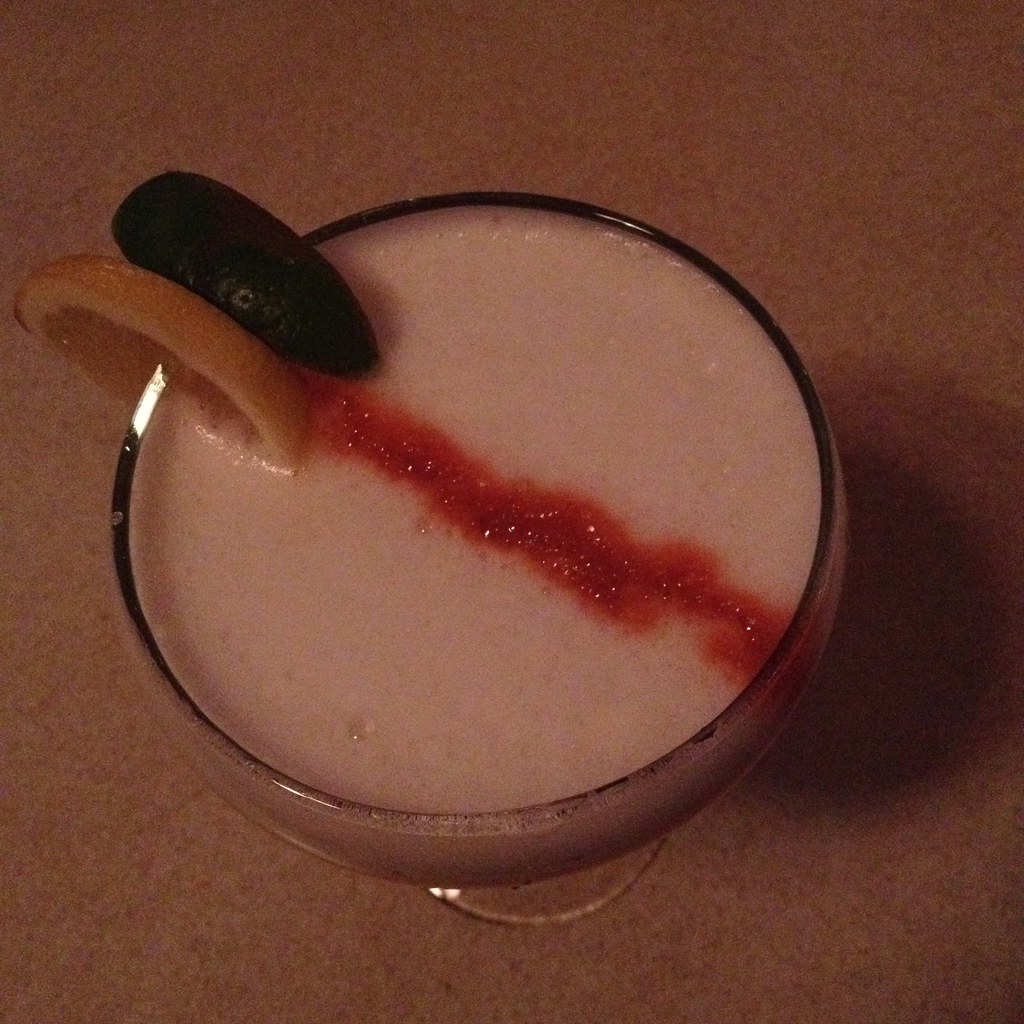