Some friends of mine invited me down for happy hour in Kittery at the Black Birch. An hour south of Portland, Kittery is the first town over the border into Maine and is better known for its outlet malls. But the Kittery Foreside is a quaint little strip of waterfront with a burgeoning food scene. As I drove in, I spotted Tulsi, raved about by Maine magazine's food editor Joe Ricchio. He also loves the Black Birch, so I've long since wanted to try the place. 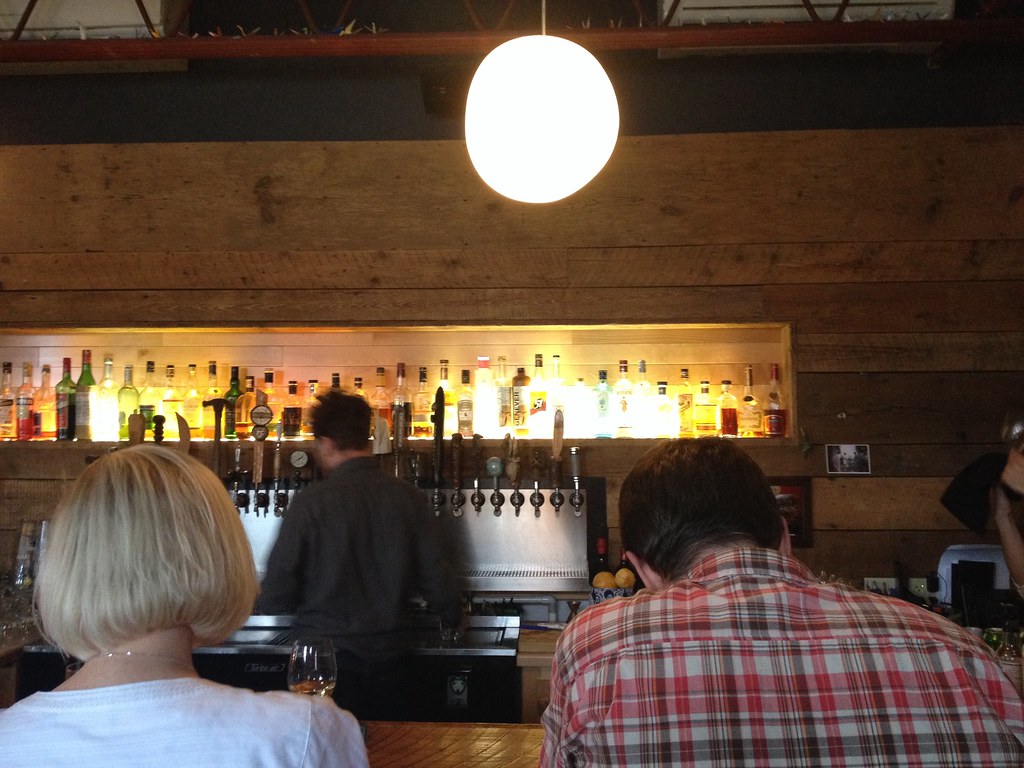 The friends I met are involved in the food community themselves, so maybe it was a biased view, but everyone seems to know everyone else in this place. Black Birch is a small restaurant, maybe 50 seats, and we sat at a communal high table in the middle of the restaurant. The draught beer list is extensive and rotates frequently. I enjoyed Mo Carra, the new red ale made from Maine potatoes by Banded Horn Brewing Company in Biddeford. 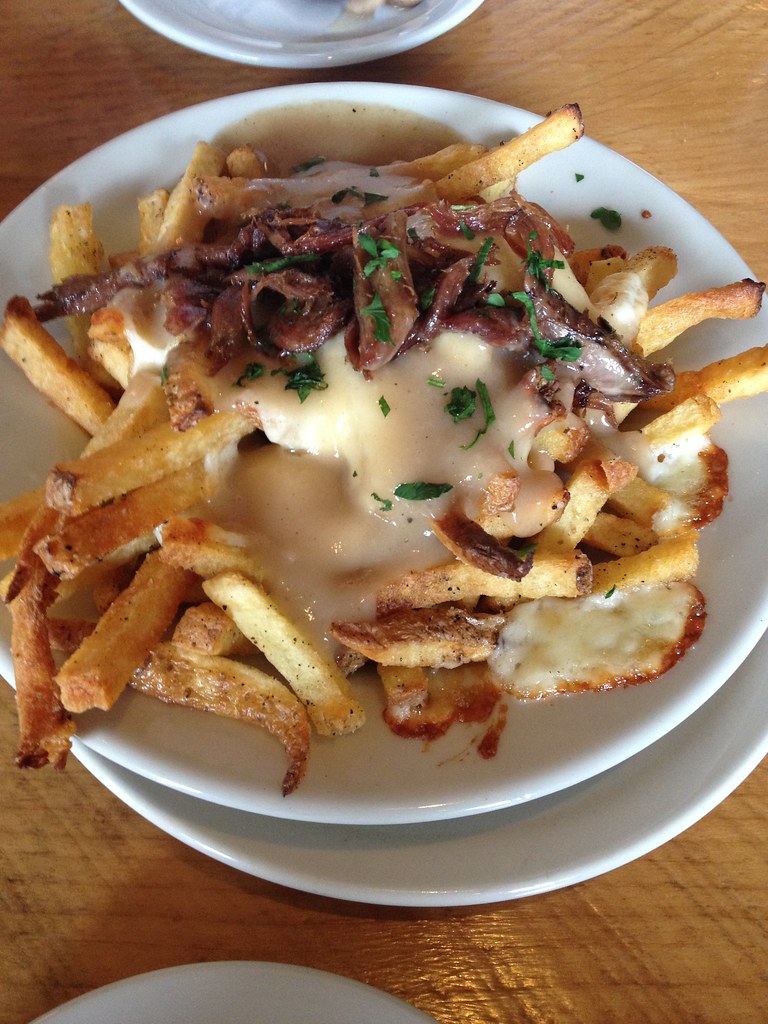 I was lured to Kittery by the promise of poutine, and the Black Birch delivers. Their version is topped with duck confit as well as the traditional gravy and melted cheese curds ($8). It was amazing. I ate it politely, but I really wanted it all to myself.

While we ate, we learned of the plans for some neighboring spaces to the Black Birch on Government Street. Gary Kim, a Black Birch employee, is starting Anju, a noodle bar next door, where they'll serve his line of fermented hot sauces and kimchi. Friend Deb sent me home with some of each. The kimchi crunchy, salty, funky, and a little spicy. I've just been snacking on it, but I'm going to make some kimchi fried rice soon to let it take center stage. 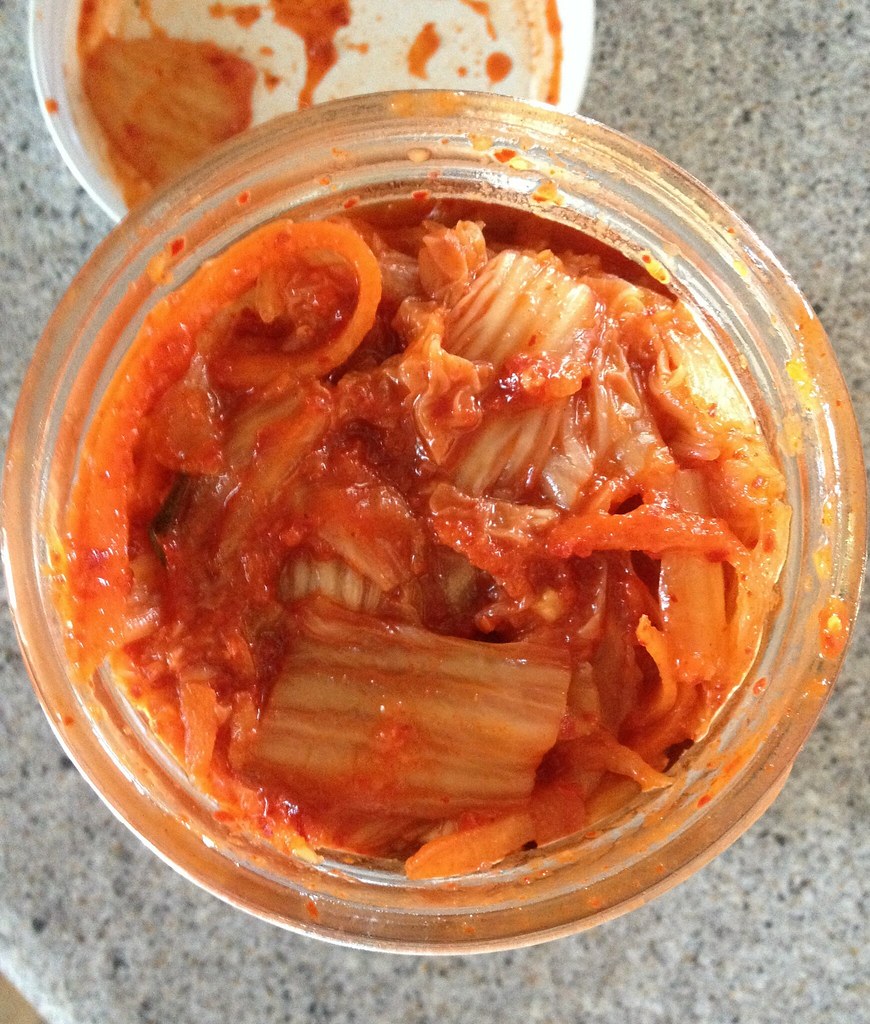 As we were leaving, we ran into Jarrod Spangler, formerly the Rosemont Market butcher, who is now working on launching his own local meat butcher shop on the other side of the noodle bar. He's launched a Kickstarter campaign to raise money for the construction of the shop.

Lauren brought me Beach Pea Baking Co. bread, a crusty sourdough that is very flavorful. It was so nice to see a glimpse of the food community in Kittery. There truly are people all over this great state that care about the way food is being produced and served. It's amazing to see! One visit to Kittery just created the desire for another - especially after that noodle bar is open. 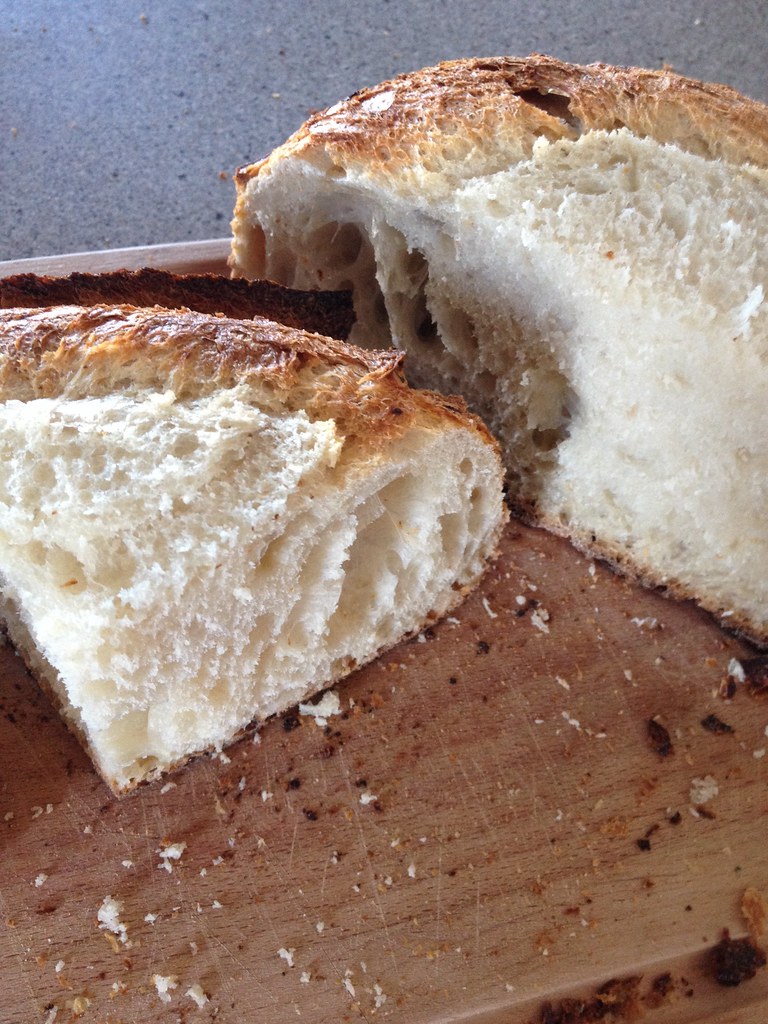