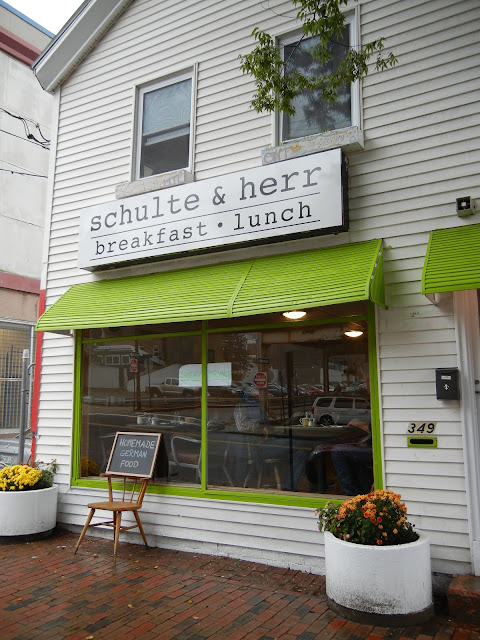 This little tiny German restaurant on Cumberland Ave. has gotten a lot of love. And for good reason - the coffee is strong, the staff is friendly, and the food is delicious, simple, and filling.

While there may be many Portland restaurants that also meet that description, this one is unique because it's the only German one in town.

I've dined at Schulte & Herr many times but was encouraged to wait a while to review it by A. at Portland Food Map. The reason why being that even though the restaurant just celebrated their one year anniversary of opening, it's already been reviewed a whopping 14 times, all of them favorable. 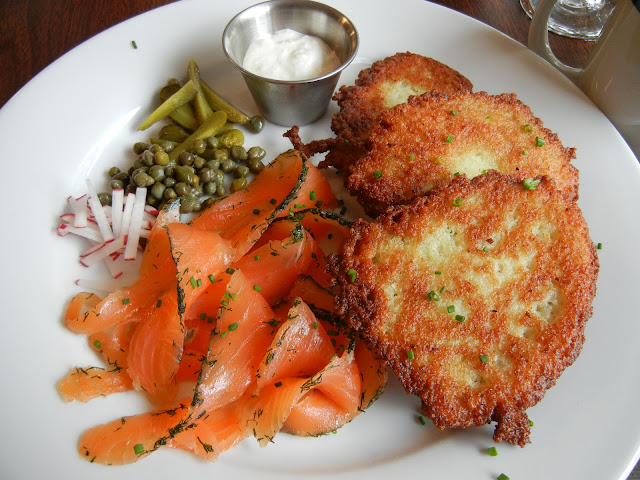 While racking my brains for somewhere to meet Original Roomie A. for breakfast, I thought of Schulte & Herr for its cozy corner tables, the tendency to linger over shared plates, and of course, their crunchy potato pancakes.

I usually go for this dish, served with house-cured lox, horseradish sauce, capers, and cornichons for $9. It's fantastic, with the lox thinly sliced and not aggressively brined. 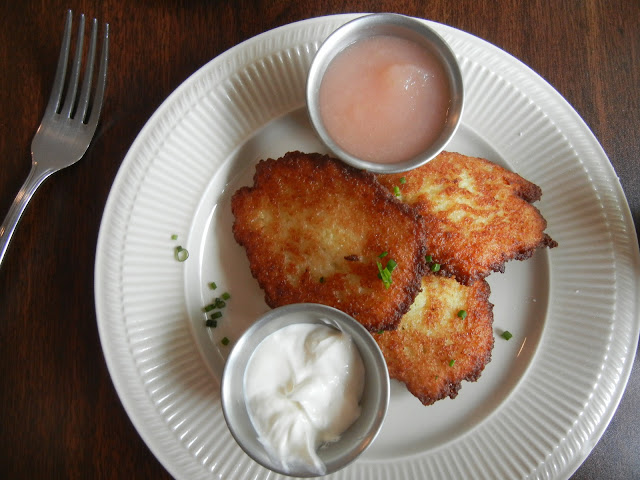 But this morning, I went with the applesauce and sour cream  ($5) alongside, so I could share more plates with A.

Ordered once at the owner's urging, I knew the pan-fried potato raisin bread served with maple syrup ($5) was a must have. The crunchy bread, softened by maple syrup, tastes like a hearty French toast. 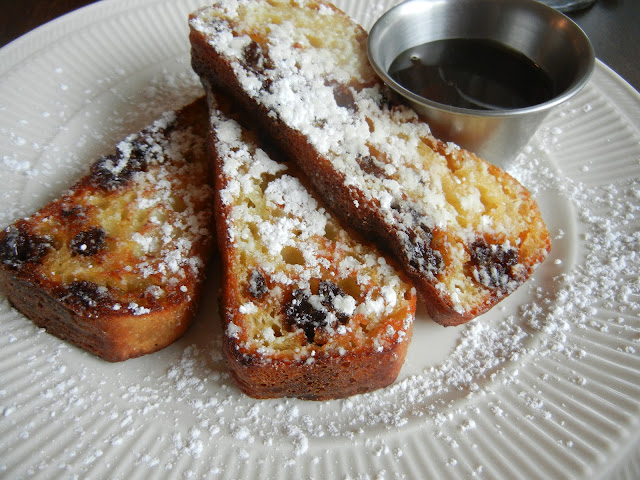 A. went with the roast, a Sunday special, which this week was a sliced pork tenderloin with mushroom gravy, served with potato dumplings and our choice of a side of roasted beets ($12).

We were both puzzled by the dumplings' contents - what we determined to be a piece of bread. Our server confirmed that it was a house made crouton and added that it was a German tradition. 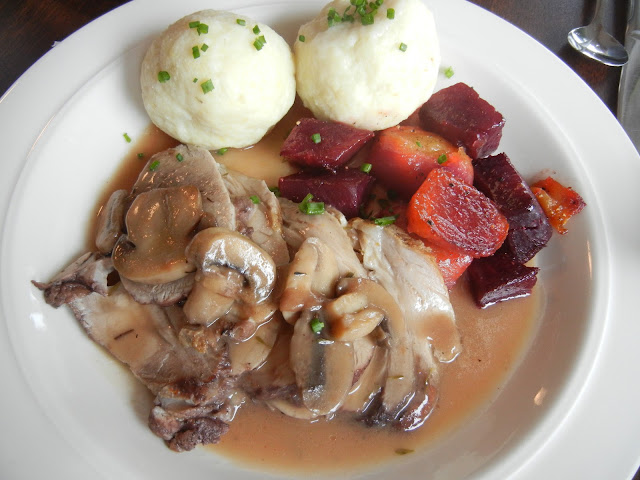 The roast pork was fatty without being gross, tender, and flavorful, accompanied by the rich mushroom gravy. The beets were a good side to this dish, adding a roasted sweetness.

The portions are right for the price, and you'll leave feeling well-fed for a bargain. Lunch and dinner are available as well, and for the summer they're open Wednesday through Sunday.

Try Schulte & Herr for something different in Portland - look for the bright green awning on Cumberland Avenue.