I will for your sake though. Here we go.

As part of this month's O-Rama (a series of collaborative reviews on a theme from your team of local food bloggers), we were tasked with revisiting a Portland restaurant we'd didn't like. We're calling it Second Chances.

My thoughts immediately turned to Taco Escobarr, the taco joint from the Nosh guys, which I gave up on in December of last year after many negative experiences.  Despite the bad food, I initially said I'd continue to go there, for convenience sake (and took a beating in the comments - who knew that'd be the most controversial part of my review?).

But time told a different tale, one in which I avoided the bar, and actually no one I knew even suggested we go there. I guess the feeling was mutual. 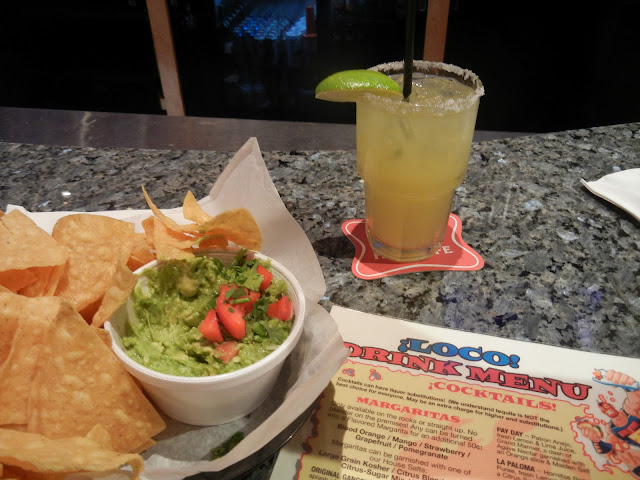 Friday night dinner after happy hour at the Thirsty Pig was the perfect time to try Taco Escobarr again. Three beers in, I was hungry and thought that would carry me through any small quibbles over the food.

The meal started out well enough, with a salted margarita and chips and guac. Both good.

I then had three tacos - one in each kind of shell they offer (from left to right: puffy, soft, and hard), filled with pulled pork, fried fish, and spicy ground beef filling respectively. I got the medium green salsa. 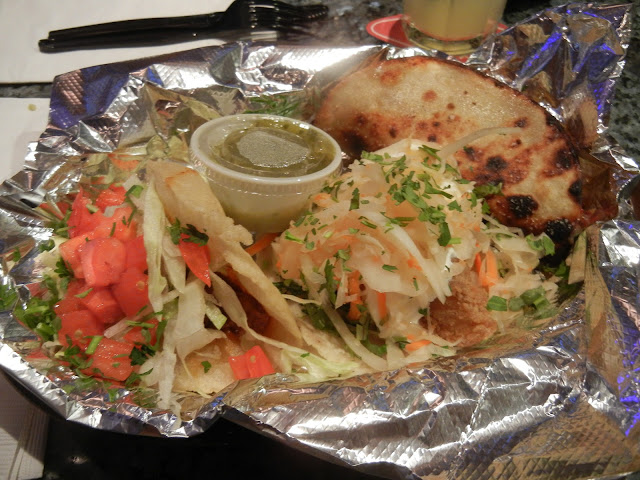 I started with the fish taco, since I knew it was the strongest in the bunch. And it's great - plus I love fish tacos. It was a little overwhelmed by the amount of creme fraiche on top, but that's easily remedied. The fish is perfectly fried, with a great ratio of crust to fish. The picked slaw on top is a nice touch.

However, a few bites of the puffy pork taco revealed the same problem I had last time - the puffy shells are pre-fried and sit around, becoming soft and sometimes greasy. 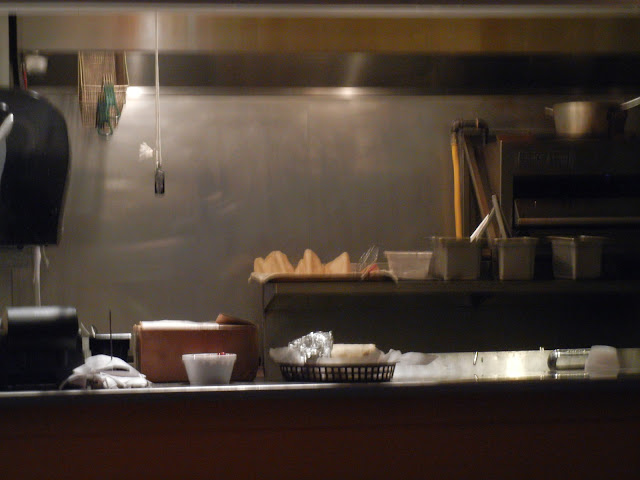 While I'm just being silly, and it's certainly not a crime to pre-fry taco shells, I do think they would be vastly improved by being fried to order.

The just straight up sad part came when I moved onto the "hard" shell filled with ground beef. There was nothing hard about this taco shell, and instead was doused with orange grease that make it tough and slick. 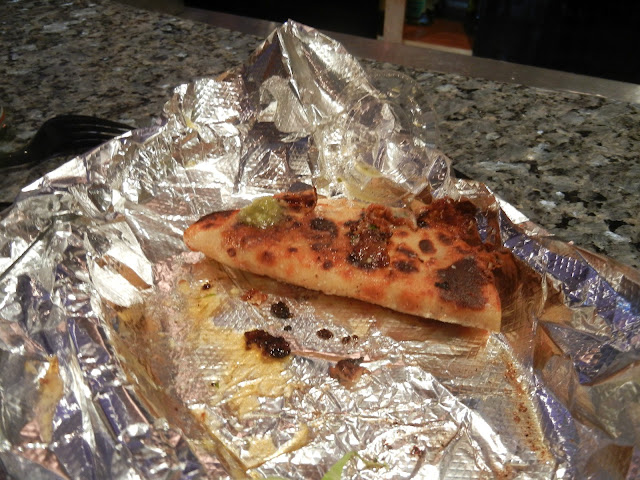 Poor A. had three hard shell tacos, so his basket of food was swimming in grease. I did not finish my pork or beef tacos, but he slogged through his and then felt greasy and heavy for the rest of the night.

Unfortunately, my second visit to Taco Escobarr just revealed more of the same. Greasy food, over priced compared to Amigo's (yes, I believe Escobarr is comparable to Amigo's), in a loud, neon, fratty environment.

If you're in the mood foor crunchy Tex Mex Taco Tuesday-esque food, go to Amigo's, where at least you know what you're in for. If you want good tacos, with interesting fillings and salsa, head across the bridge into South Portland to Taco Trio.