Woah, apparently *not* being super, ridiculously busy doesn't mean that you'll actaully write on your blog (just like how going to the airport doesn't actually mean that you'll get on your plane- not that I know anyone who did that). 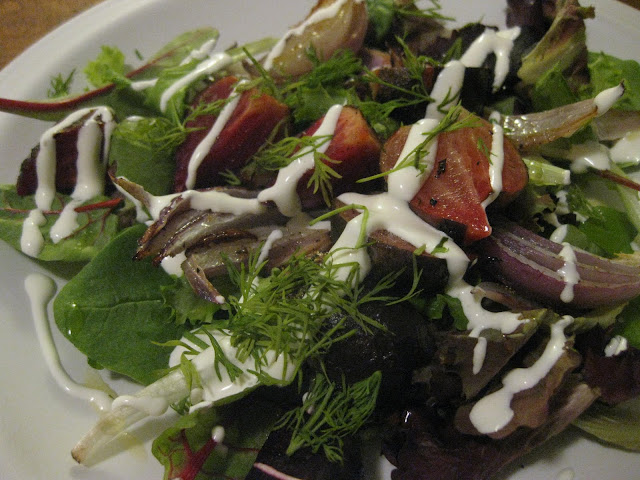 But this is a blog worthy salad. I made it from a recipe out of my new cookbook, which is 'Best of the Best Cookbook Recipes' from the Editors of Food & Wine. How have I never heard of this series? I love it (and thanks to my cousin who gave it to me!). This year's cookbook of cookbooks contains recipes from Thomas Keller, Emril, Bobby Flay, the Neelys, and a bunch of other people who don't have shows on the Food Network.

This simple roast beet and red onion salad, served with sour cream and chopped dill is from Pure Simple Recipes by Diana Henry. I won't publish the recipe, but, well, I just told you how to make it. It's so easy and surprisingly delicious. Something happens to elevate it above the sum of its parts. Roasted red onion is now my jam. And who would have thought plain sour cream would make such a great salad dressing? 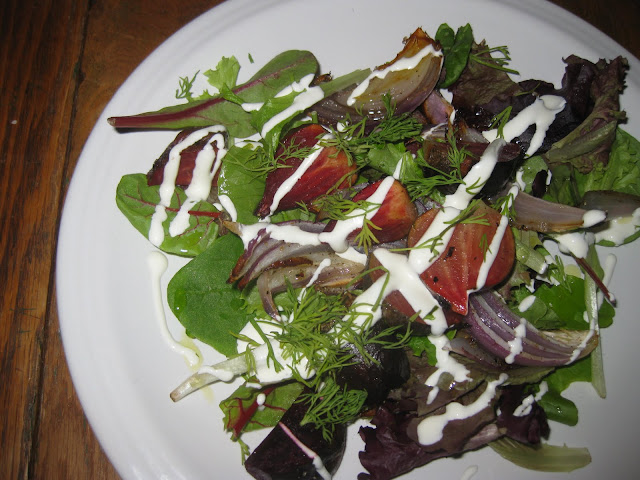 Now go forth and eat salad.