Look, Ma, no tomatoes! You may have noticed my last three posts were about stemming the tide of tomatoes that is flowing this summer. Again, there are worse problems to have! But now, back to our regularly scheduled programming of delicious food (of the non-tomato-type). 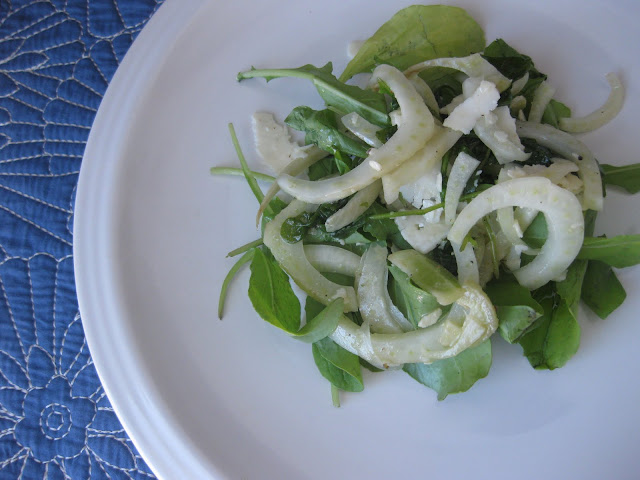 I had this Fennel, Arugula, and Parmesan Cheese salad at my friends A&R's housewarming party. Since it was a potluck and there were a lot of people there, I didn't bother to hunt down the salad bringer and ask for the recipe. It was simple enough that I thought I could recreate it on my own. 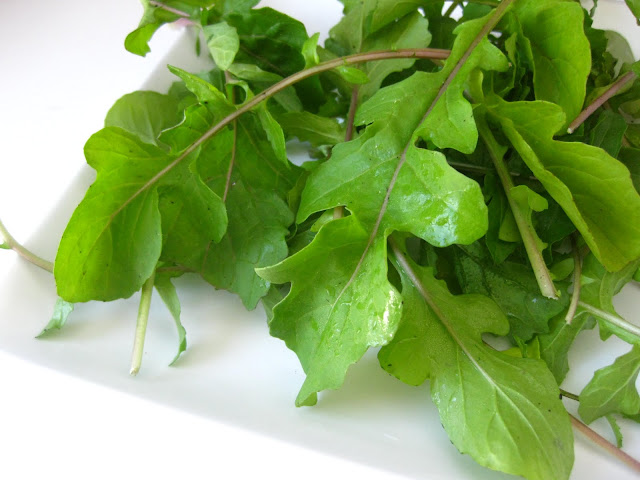 Turns out that fennel and arugula are a popular combination! While I looked at this Bon Appetit recipe as a starting point, I just improvised with arugula, thinly sliced fennel, and shaved Parmesan.

Combine fennel and arugula in a large bowl. Squeeze lemon over veggies and drizzle with olive oil. Sprinkle with salt and freshly ground black pepper. Liberally garnish with curls of fresh Parmesan (pre-grated will not do!).

And for those of you who think you don't like fennel, believe me, I feel ya- all things fennel or liquorish scented or flavored gross me out. But the strange thing about fennel is that is smells more fennel-ly than it tastes. Once you trim the frondy green bits, the bulb part is more like celery. It adds a nice crunch and a subtle flavor, but nothing like the liquorish smell you get when you're cutting it up.