Thai-o-rama back with a vengeance! You remember rounds one through ten, right? If not, check out the Portland Food Map's collection of previous reviews. The gist is that several food bloggers have gotten together to simultaneously review every Thai food restaurant in Portland. There are 13. So far we've done 9 in 6 months. We slowed down during the summer, but here's the strong, final push to review the remaining restaurants. 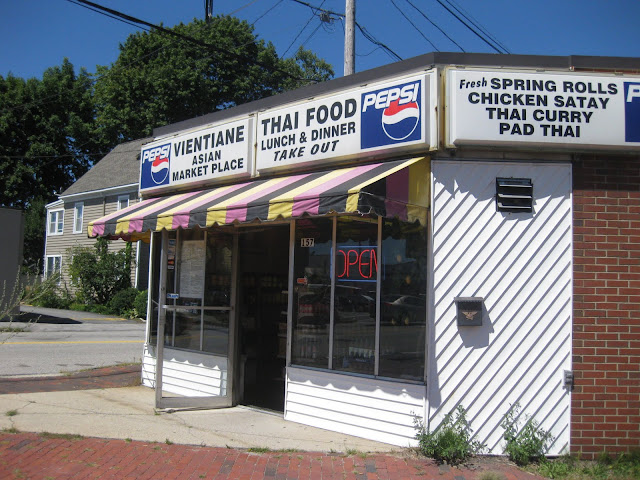 Next up: Vientiane Market on Noyes St. in Portland. About two blocks from my office and the reason for "Pad Thai Friday." So I'm excited to eat at and review Vientiane, because I know their Pad Thai is the best I've ever had. That's right, the best I've ever had. So if you've had their Pad Thai and are immediately thinking a me a philistine, that's fine. At least you know where my tastes lie. This Pad Thai is my personal measure for all other Pad Thais. 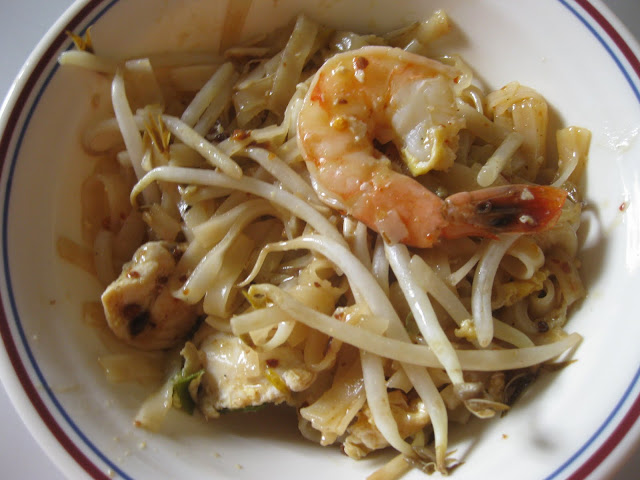 It's not much, but it's good. Great flavor; a nice balance of sweet, spicy, tart, and salty. Crunchy green onions, sprouts, and peanuts. Chicken (kinda dry) and shrimp (two). Order spice by star; a nice large lunch portion for $7.95.

So if it gets better than this, let me know. I haven't had it, and I'll be excited to try it (it gets better?!?). When my co-worker and I tried to branch out once to Drunken Noodles, we quickly returned to Pad Thai. While it wasn't bad, the Pad Thai was better. So i guess, if it ain't broke, don't fix it.