Cruising in the Bahamas, Pt 2

When I woke up in Marsh Harbour last Saturday, M. informed me we had to "hurry" over to Man-O-War Cay to attend their annual flea market. I informed him right back that I was on vacation, and there would be no hurrying or getting up early. 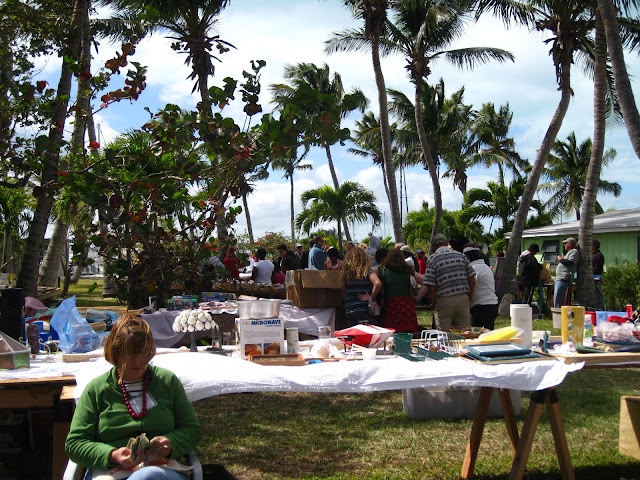 But we made the 10:30 ferry over to Man-O-War with a lot of other Abaco Island residents also going to check out the event. M. and his dad were in search of an oar for their dinghy, as they lost one while crossing the Gulf Stream on their way to the Bahamas from Florida. I figure it's on its way to become part of that giant trash mat floating in the Pacific.

So due to all the rum punch and the complete lack of dinner the night before, I was a little, how do you say, hungover. The ferry ride was a little dicey- it was super rough and I distracted myself by taking to two of the nicest older ladies ever. But I made it in once piece, and M. decided we needed burgers to set ourselves right. 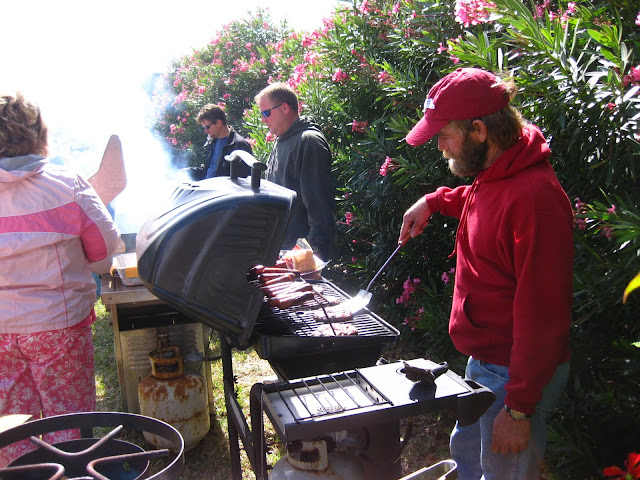 They were selling all kinds of food at this fair, from plates of Bahamian souse chicken and Johnny cake to hotdog and hamburgers. We waited in the rather cutthroat cheeseburger line (no cutting!), and procured ourselves two fresh-off-the-grill patties for $12 total. We fixed 'em up and sat down on the curb to people watch and chow. Only, I couldn't really eat mine. I was super afraid of tossing down (and then back up) a big ole rich beef patty. But after some stern talking to from M., I ate my food and actually felt right as rain for the rest of the day. 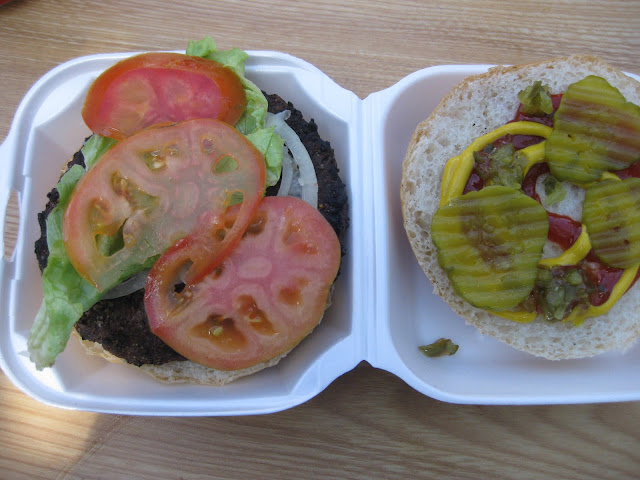 They never did find their oar, but we had a great time soaking in all the local culture. Man-O-War Cay was settled by British Loyalists from South Carolina at the time of the American Revolution. The island is a dry island, very conservative, and everyone has the same last name of Albury. Their main industry (aside from tourism) is boatbuilding, both traditional wooden Bahamian fishing boats and newer design fiberglass boats. 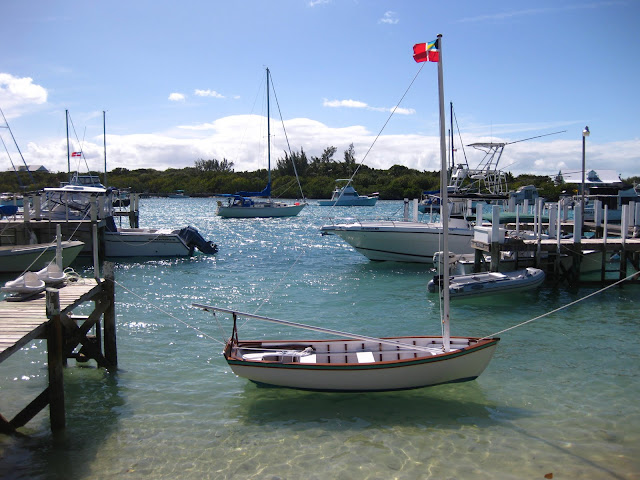 It's an idyllic little island, but after a few days, we set off sailing in search of some more rum!