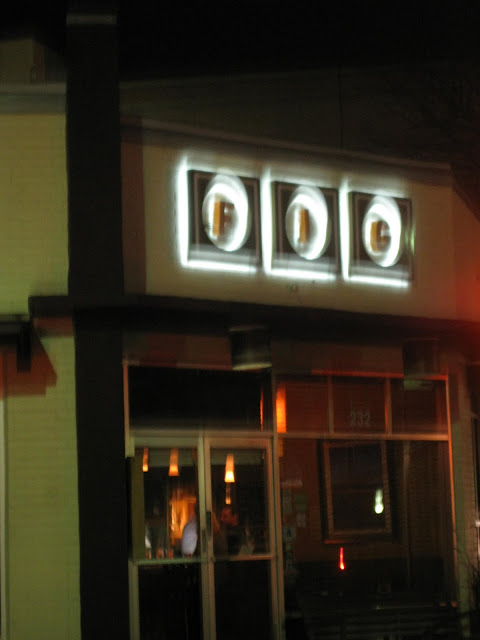 You have no idea how much I fretted over choosing a restaurant for our 'fancy' dinner out in Charleston. M and I planned a date night, while staying at the Ansonborough Inn (lovely, I recommend), and I poured over online reviews and menus, local blogs, and travel magazines, and of course, harassed anyone and everyone who mentioned they'd eaten out. I became a connisour of other people's opinions ("Psshh, Hyman's, I hear that's a tourist trap and that all the locals go to Coast,") and formed lots of otherwise half-cocked ideas.

All of this created a touch of information-overload, and I was paralyzed when it came to *actually* making a reservation. So at 5:15 on date night, we called FIG (Food Is Good), and of course they didn't have any reservations. But we headed over at around 8 to grab seats at the bar (which I usually prefer anyway). We were seated at the, um, other bar, and given drinks and menus while we waited for 1st-tier bar seats to free up. 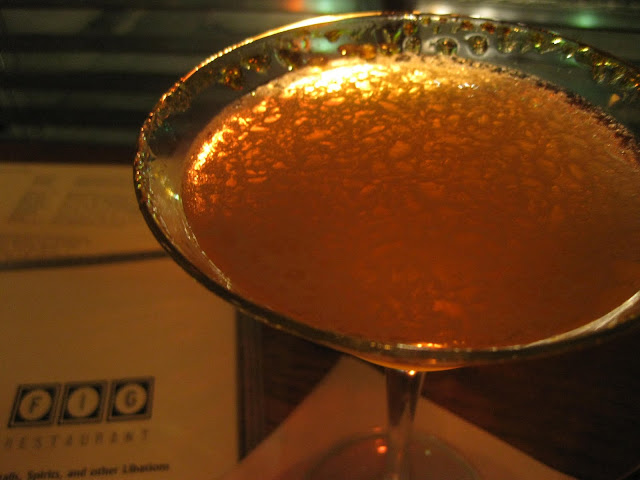 I chose a Sidecar from their list of signature cocktails, at FIG made with rye whiskey, lemon juice, triple sec, and served with a caramelized sugar rim. 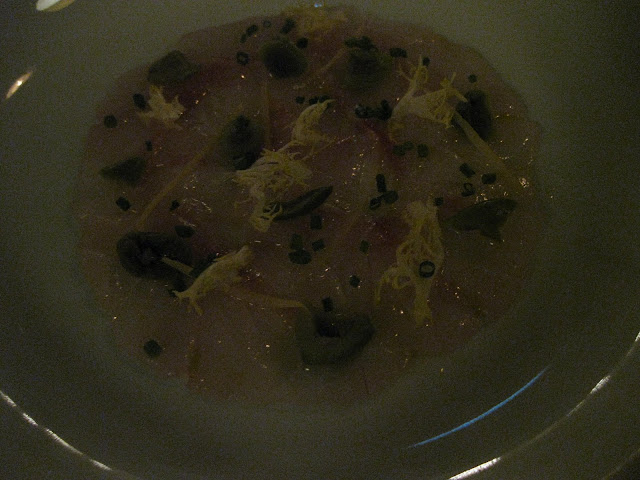 Now to the untrained eye, this may look like a jellyfish, but it's actually Red Snapper Crudo, topped with frisee, Meyer lemon confit, green olives, and Parmesan cheese.

M and I shared two appetizers after we were seated, and while this dish was good, it wasn't awesome. M pointed out that it was hard to taste the subtle flavors- it just kinda tasted like fish. And while I could eat raw fish all day, it's nice to have some contrast too. 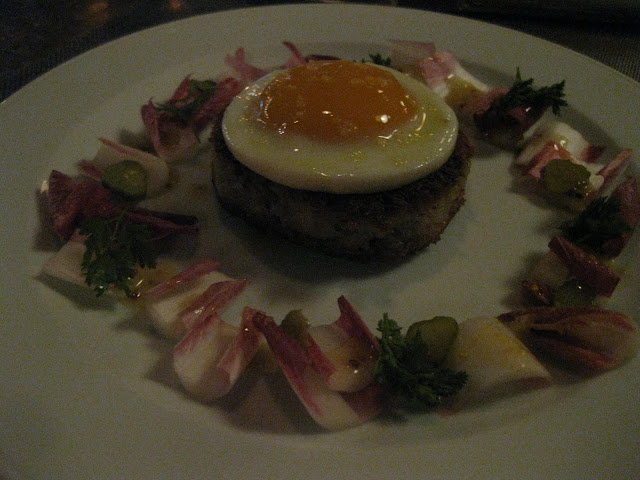 Our other appetizer, Crispy Caw Caw Creek Pork Trotters, was our favorite dish of the meal. It was recommended to us by the bartender as a signature dish. When we asked what a trotter was, he asked us to bear with him, because it was 'kinda weird.' To which we replied, 'we love weird food!'

At FIG, they take the pigs feet and braise them until all the meat falls off and the juices are reduced, shape the meat into a log, slice it, bread it, and fry it. omgyumdroolyumgahh Ahem, the meat is then served with a fried egg, endive, and a mustard vinaigrette. It was well received, to say the least. 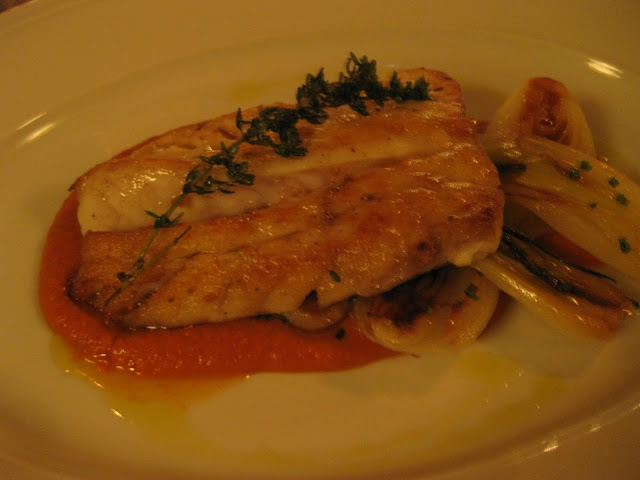 For my entree, I ordered the Grouper with St. John's Island sweet onions and sauce romesco. The fish was expertly cooked; my one quibble was that I wanted some (probably cliche) sauteed greens. I mean, how can a dish *not* be improved by some delicious garlicky greens? 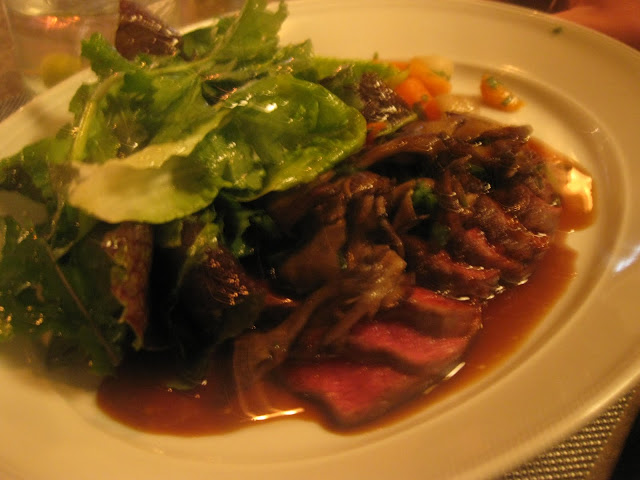 M's Bistro Steak with roasted root vegetables, salade verte, and sauce agrodolce, however, was spot on. I tuned out while there was some dude-speak about the particular cut of steak, but apparently it's an off cut. The steak was great. Agrodolce sauce is olive oil, balsamic, red onion, sugar, salt, and butter, and closely mimicked the salad dressing on the peppery arugula greens (which I kept stealing- I'm a rabbit at heart).

FIG's menu changes daily (I wish I was there today- there's a pumpkin and apple Veloute with poached Maine lobster!) and so there's a little bit of a gamble that the day's menu might not be right up your alley. I've read reviews (there I go again) that mention deviled eggs and veal sweetbreads, but the day we were there, there wasn't too much that called to me.

While there were no local beers on tap, I was able to finish my meal off with an Allagash White to go with my chocolate, pear, hazelnut tart. Go Maine!