Yeah, I know, I was just complaining about the heat in the kitchen, and here I am posting about FRIED wontons. But it's getting better out, right? And after M. and I heated up the kitchen (hubba hubba), we just left and went to the movies! We saw Julie & Julia, which I thoroughly enjoyed (as a blogger and lover of all things food). Meryl Streep as Julia Child stole the show, and I could have just watched a whole movie about her.

Our veggie wontons (served with Chicken Chili sauce, my fave) were delicious, although for some reason, they caused me to burp wonton all night. Probably was all the roughage, but I did *not* appreciate it. We used shredded cabbage, carrots, chives, cremini mushrooms, garlic, and zucchini. Sauteed it all up with some soy sauce, sugar, fish sauce, Sriracha, and sesame oil. 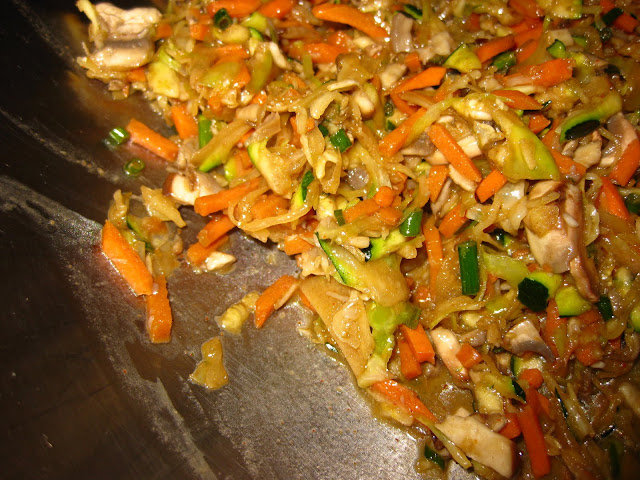 Then M. got to work stuffing and sealing the little wonton wrappers. I heated an inch of vegetable oil in the cast iron skillet and created a little steamer basket using the mesh colander set over a pot of boiling water. 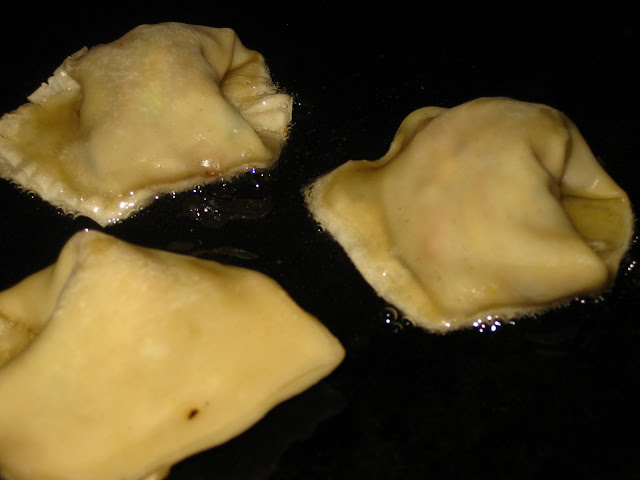 Once the oil heated up, these babies started browning nicely. I read about a bunch of different cooking methods online, hence the two-part fry then steam. I don't know if the steaming was necessary, but it was recommended in several recipes, so I figured it couldn't hurt. I believe in the past, I've steamed them first and then fried to crisp them up. 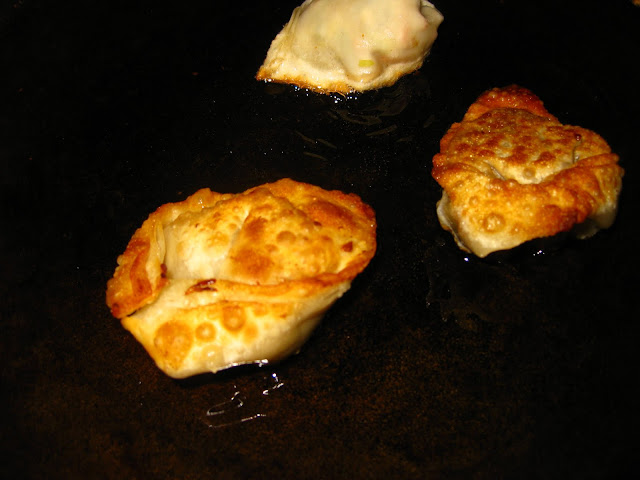 But whateva, they turned out great the way we chose to cook them. And like I said, I think my idea to wonton last night really was generated by a desire to put Chicken Chili sauce on something. Yum. 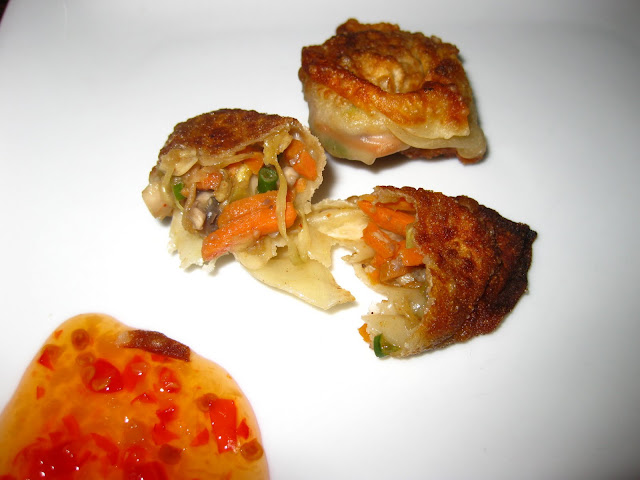