Dinner out Friday night was my first time at Blue Spoon at 89 Congress Street, in Portland's East End. 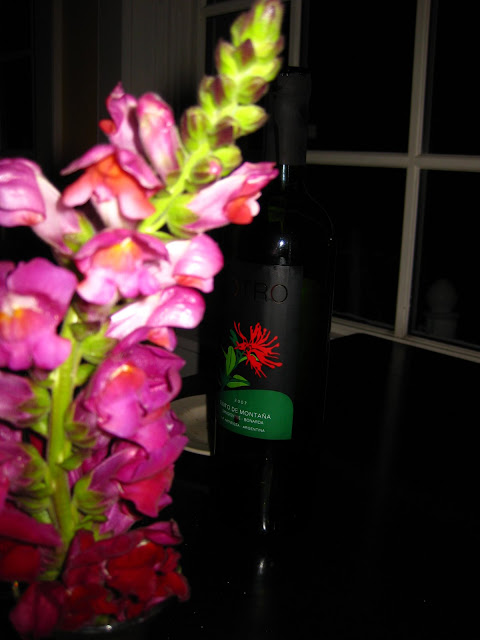 To start, we ordered a bottle of Notro, a Sangiovese from Argentina ($18) and the Eggplant Dip. The waitress described it as similar to Baba ghanoush, and I guess it was, in that it was made with eggplant... but really this dip stood alone. It was very flavorful and I loved the crispy garlic toast that it came with. 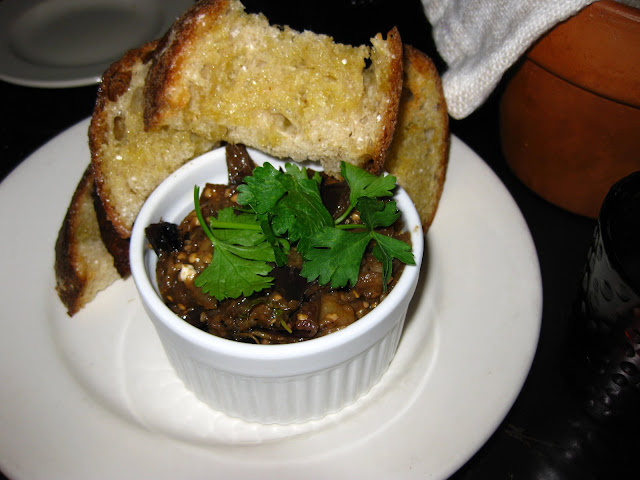 My entree was a half portion of Portuguese seafood stew. 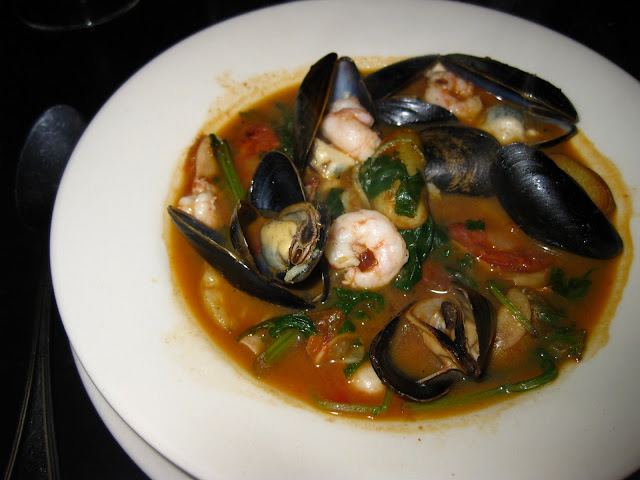 It had a tomato-based broth that didn't wow me, but it was full of delicious stuff: Maine shrimp, sausage, mussels, spinach, and fingerling potatoes. And I loved that they offer a half and full portion for many of their entrees. That way I'm allowed to indulge myself without busting my wallet or my gut.

M got a grass-fed burger that he said would have been better if it had been cooked the way he ordered it (rare), rather than the medium that he received.

In the end, M and I opted to finish our bottle of wine for dessert, but there were several tempting options, including flan and sponge cake with lemon curd and rhubarb compote (that two neighboring tables got and looked awesome).

I don't know that we'll be rushing back to Blue Spoon, but we enjoyed ourselves and escaped with a $60 tab (including tip and that bottle of wine, not bad!). Blue Spoon seems to fill the same niche as Local and Bresca, and I would rather revisit one of those two places before I hit up the Spoon again. I am, however, intrigued by their brunch menu, so maybe we'll return on a Saturday morning.