Update: Maple's Gelato is no longer located on Middle St. in the Old Port. They have moved over to 14 Gary Maietta Parkway in South Portland, where you can visit them.

I went to Whole Foods yesterday for their pregame store-wide food sampling (which was a *tad* disappointing- is it me, or did Whole Foods used to have a lot more free samples? Another sign of the recession?), BUT I did have some good gelato at their gelateria. The raspberry sorbetto was great, with seeds and all, but the lavender honey gelato was kinda gross. Reminded me of a lavender creme brulee I had in Missouri... it was like chewing on one of those satchels from your underwear drawer.

So while I was out walking around today in the 40 degree heat (!!) I decided to stop into Maple's Organic Desserts. 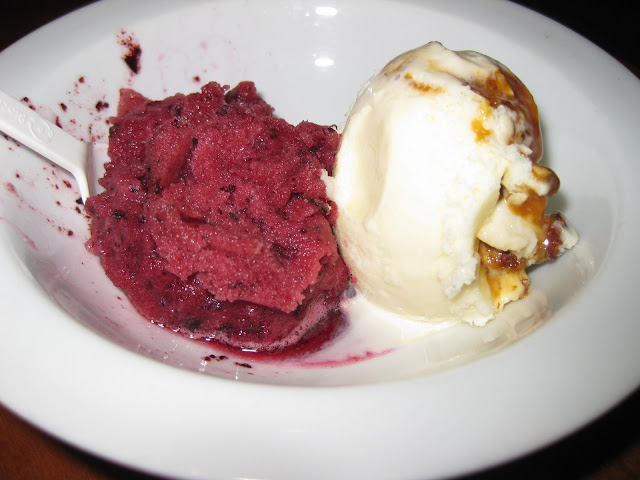 I had the blueberry lemon sorbetto and the sea salt caramel-almond gelato (a small, at $3.25). The scooper explained the blueberry-lemon doesn't stay in scoop form, and when I asked what sorbetto was exactly, she said it's vegan! ...but that was all she knew about it. The sea salt caramel was awesome (duh). Like a dulce de leche, but richer. And with crunchy almonds. 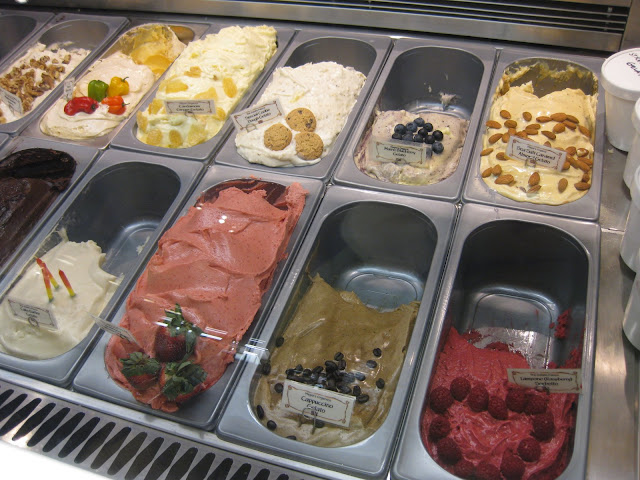 They use all organic ingredients at Maple's, and many local ones. Their website promises to tell you the sources of their ingredients (when it's completed). Right now it just tells you that they get their milk from a family farm in Turner, ME. Yay! Oh, and their desserts are made here in Portland, at their other location on Forest Ave. 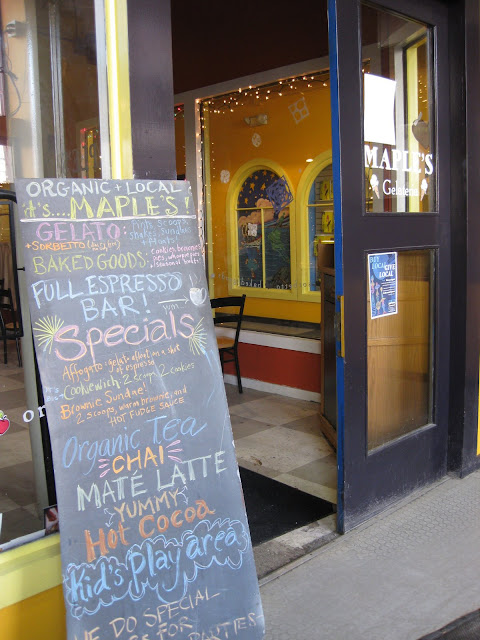 The retail store is located at 151 Middle Street, in the complex with Bull Moose's Music, Videoport, and Casablanca Comics. It's a really cute little space that they've decorated nicely. 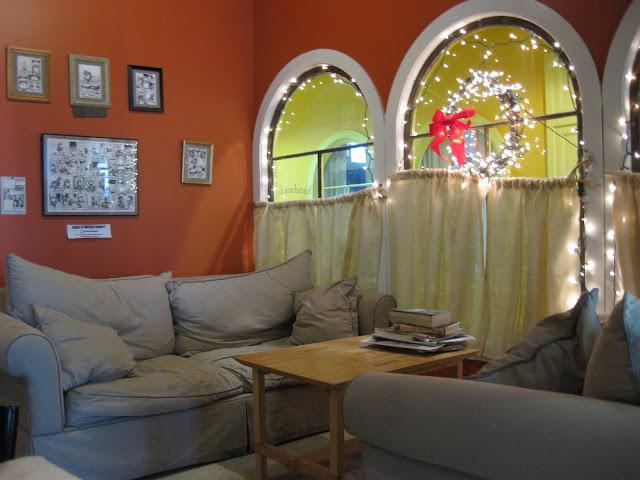 I've decided that all this wintertime gelato eating is very important, because I need to find the best gelateria before the crowds of goobs show up this summer. After all, I wouldn't want to spend all that time waiting in line, only to find out that it's subpar gelato. So on with the research!