I discovered this little restaurant while walking around the Old Port one day... it wasn't open, but as I peered in through the glass front and saw only five tables, I was intrigued. So when I suggested Bresca as our dining choice for the evening, M. leapt at the chance.

I made a reservation (we were probably safe on a Wednesday, but if you're interested in a Friday or Saturday, def call ahead), and when we arrived we were seated at a cute two top in the window (the evening's entertainment was a fire truck!). The decor is very chic, the photos clipped to a wire on the wall are from the chef's time in Italy. I was amused by our table decoration of a slice of wood, and there were beautiful roses in the window. 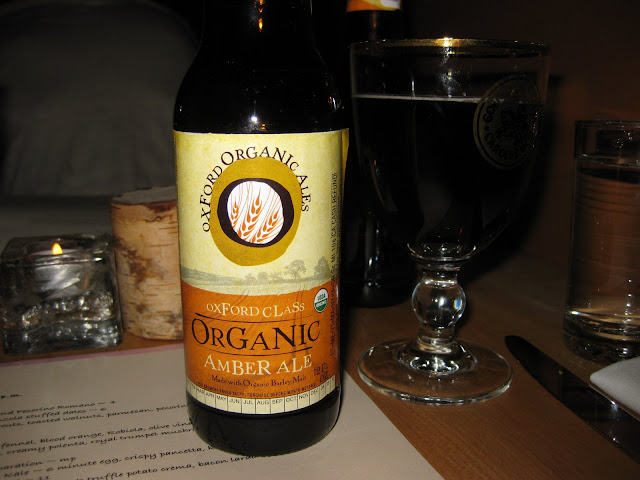 While the wine list is extensive, I chose beer- randomly picked the Organic Amber Ale and was delighted to find its from Baltimore, Maryland! How I missed this local beer when I was in my hometown, I don't know, but I am going to do some research! (P.S. I did that research and found that Oxford Organic Amber Ale is made by Clipper City Brewing Company, who also makes the Heavy Seas line, which is available in Portland.)

The menu is great for me, since I always want to try one of everything. They offer 'before,' 'firsts,' 'pasta,' (available in app or entree portions) and 'seconds' (entrees). I was drawn to the dates stuffed with chorizo and gorgonzola, as it reminded me of the best bruschetta I've ever had- blue cheese, figs, and prosciutto at Bella Luna in Maryland. 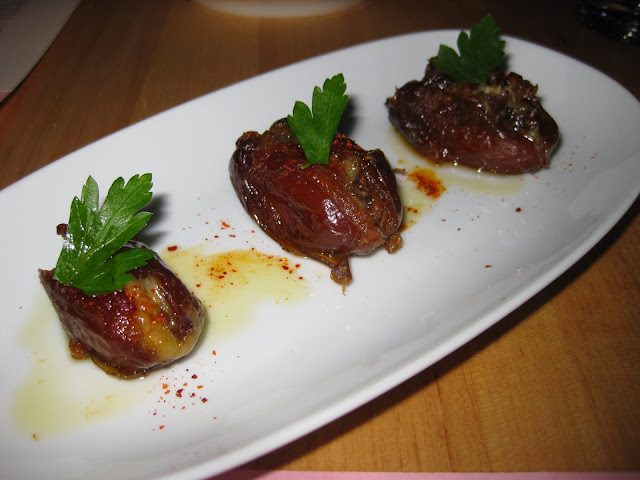 The dates were good, a little 'date-y,' but maybe I'm just a philistine...

The duck confit (a 'second'), however, was excellent! It's served with red cabbage and sliced apples, an unidentified green herb that had a very unique flavor... (probably just parsley, ha). 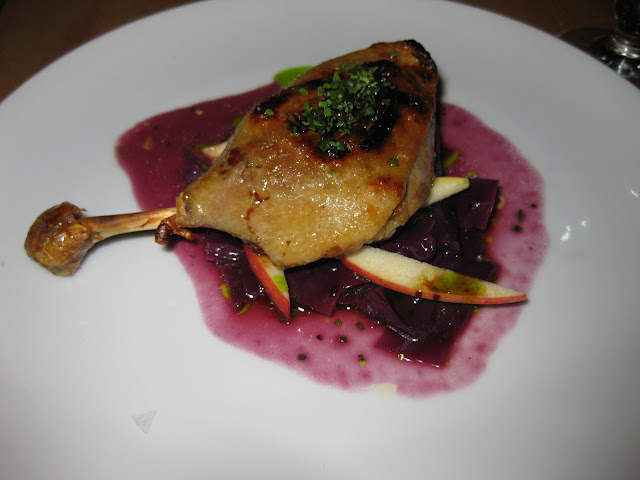 My entree was a salad special- speck or smoked proscuttio with asparagus, green beens, marinated artichoke hearts, frisee, and something about roasted almonds (there were a lot of ingredients flying around when the specials were read off). It was so good and the perfect portion. I am so glad the serving sizes aren't gargantuan at Bresca, so I could sample so many dishes. I love all things salty and marinated, so this salad had it goin' on for me. 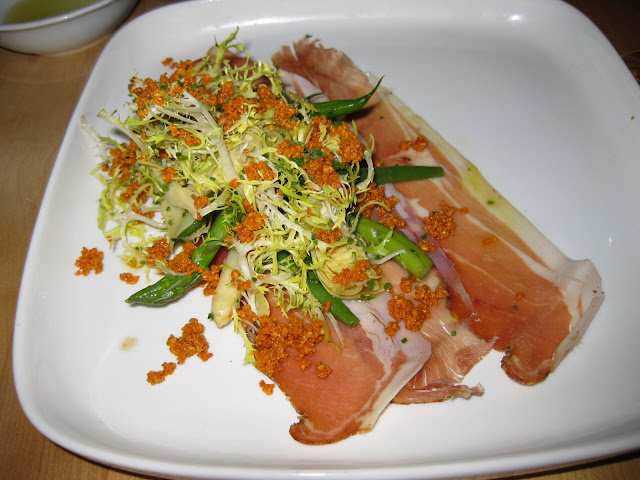 M. ordered a full portion of the pasta special, with was served with a Sunday sauce (red sauce with sausage, sausage, and more sausage) and herbed ricotta. I was only 'allowed' a few bites, (and I thought we were sharing!!) so I can't say too much about it, 'cept that that cheese was so smooth and yummy. 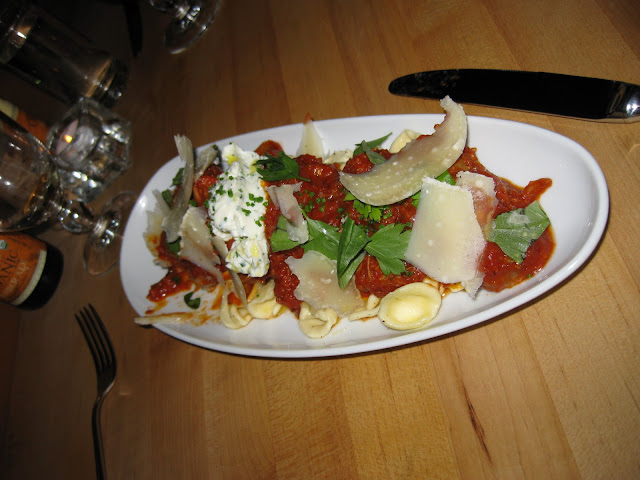 Dessert, oh sweet, sweet dessert... again, I had to really concentrate on the desserts to picture what each one was (as they were recited by our server), and do they really have to tell you every ingredient they used in each dish? I mean, there's a lot going on there! But, anyway, when I heard panna cotta, I was sold. 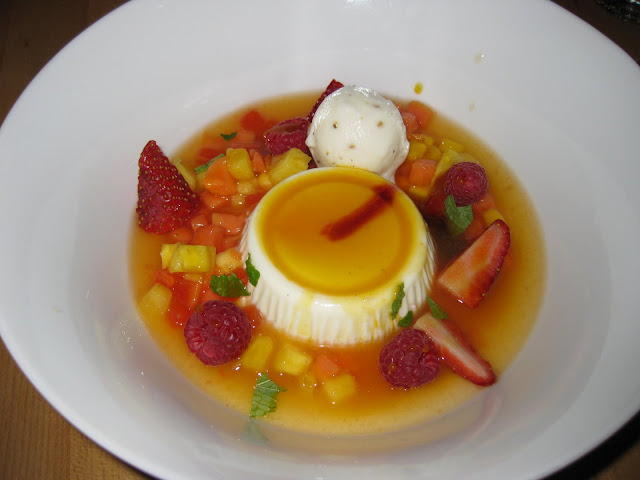 The fruit & sauce around this custard was of a tropical bent and almost overpowering in its acidity. But the panna cotta was excellent, so creamy and flavorful. It's accompanied by a white pepper and orange blossom gelato, which was startling at first, but then really cool.

I had a great time, and really liked the attention to detail... like the foie gras slices on parmesan crisps that came out at the beginning of our meal from the chef (who is a woman, hell yeah!). And I love going to a place where the menu catches me slightly off guard by using ingredients I've either never had or never heard of. Plus, I was entertained by being able to overhear snippets of conversation from each table in the restaurant.