Regards opens tonight—a new restaurant on Congress Street in Portland where Emilitsa was. The chef is Neil Zabriskie, formerly of Little Giant, and co-owned by his wife Kimberly Lund and Cameron Lewin, also formerly of Little Giant.
The menu was described to us during the Friday night preview as "L.A.-meets-Maine" and has a strong seafood focus with a big selection of tequila and mezcal. The menu definitely belies the cold temperatures we've had in Maine lately, but still felt hearty enough to enjoy on a January evening.

I started off with a delicious Paloma cocktail and a beautiful plate of raw Japanese yellowfin tuna, buttermilk aguachile (chili water), and onions ($18). This dish was one of my favorites, with its rich broth and silky herb oil. I loved the bite of the raw onions too. 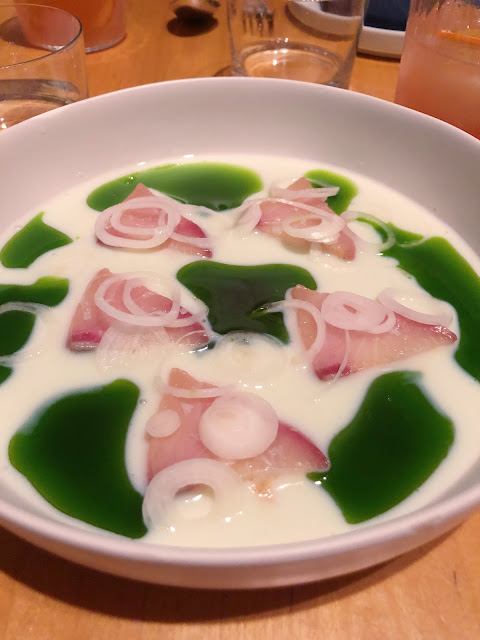 Next came charred cabbage, anchovy caesar, white kimchi salt ($16) followed closely by a salad of endive, brown butter & soy, bosc pear, sheep gouda, hazelnuts ($18).
The bitter char on the cabbage was cut nicely by the Caesar dressing, and same for the classic pairing of bitter endive and rich cheese and pear. 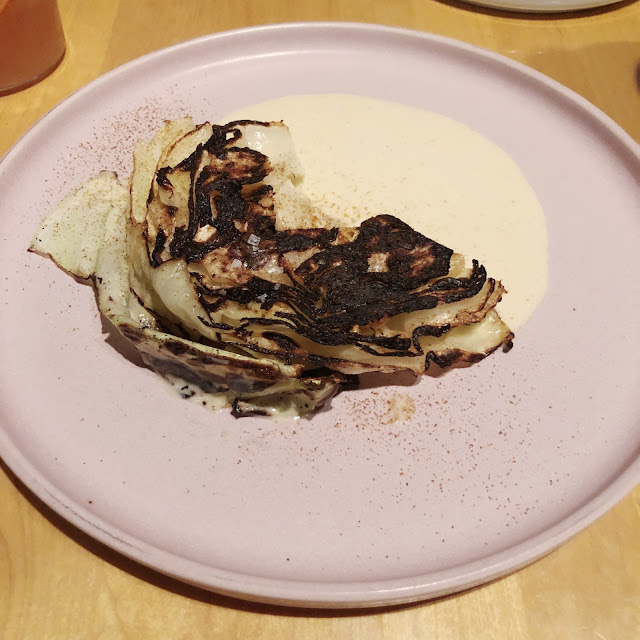 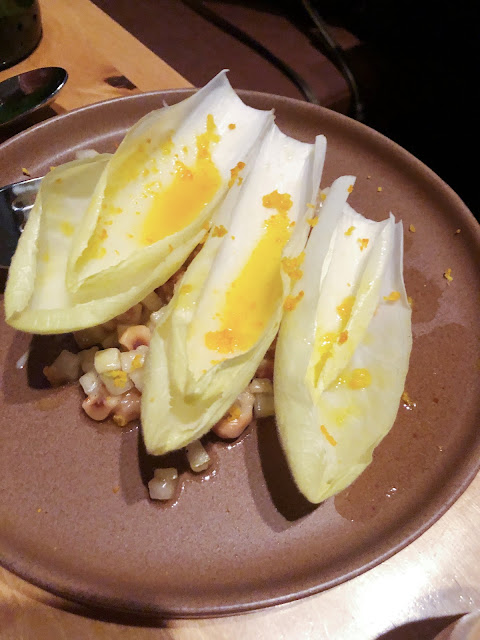 Crab claws with smoked butter and charred lemon ($16) were a fun diversion as we cracked and picked the meat out of the hard shells. 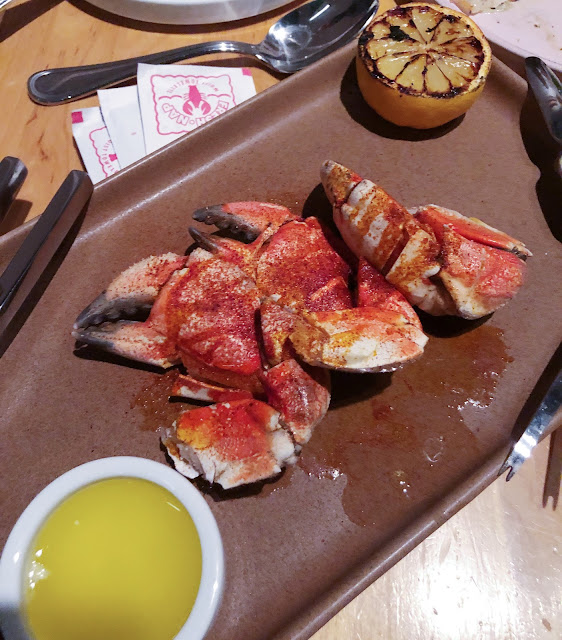 The grilled king oyster mushrooms ($16) were both lightly grilled and raw with a scallop garum (like a fish sauce). The broth by itself was so salty, but where it lightly coated the mushrooms, it added great flavor. 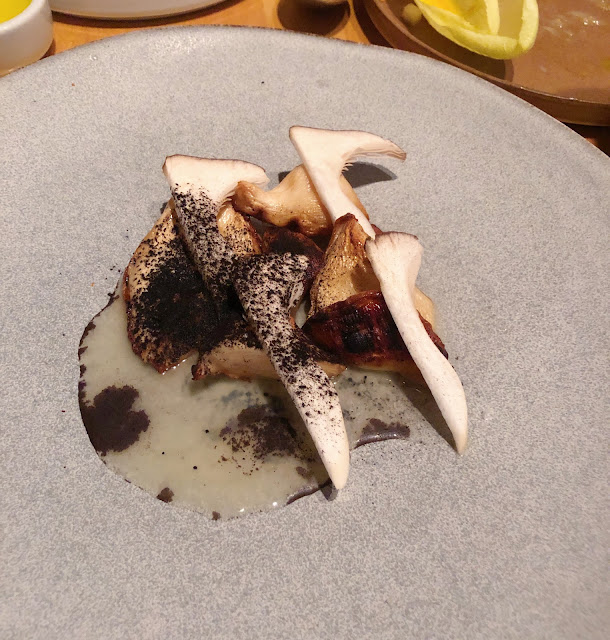 Lastly, we had the Hamachi collar, garlic aioli, raw lettuce, toasted nori ($24). Our server described as a take on fish tacos, as we used the lettuce and nori to enjoy the sweet-glazed fish and rich mayo. Just add a little rice and you've got an upscale version of that viral TikTok dish! 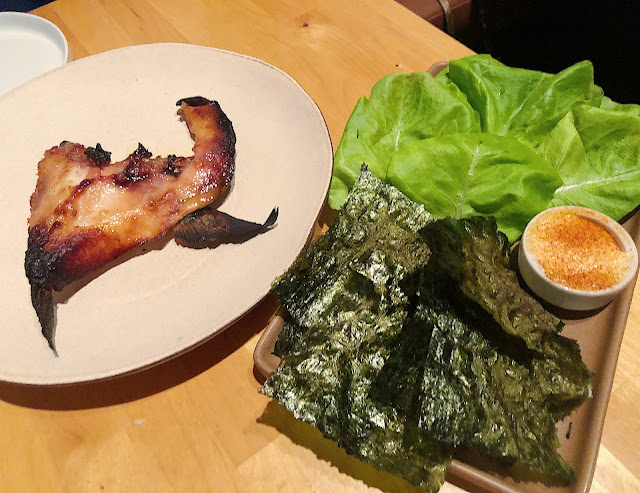 We tried both desserts—a sheep ricotta ice cream with blackberry and lime folded in ($12) and a coconut crema catalana (custard) with a kumquat granita ($12). It was like a creamsicle dream. 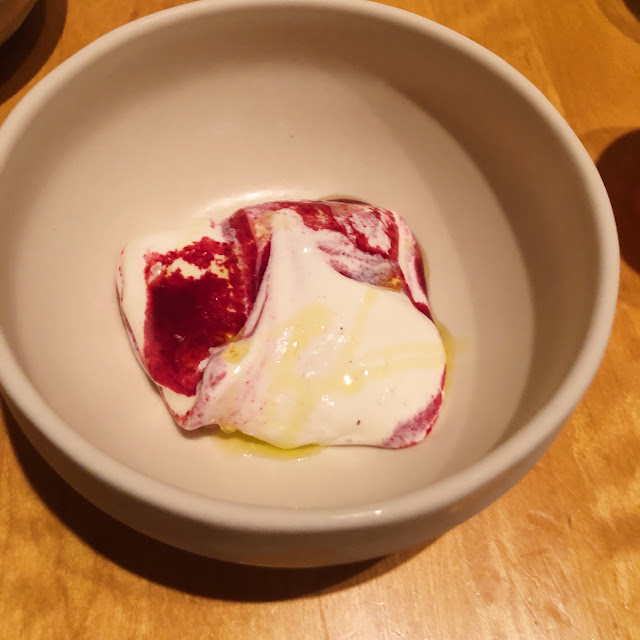 There's so much more to the menu—another 10 small plates and even a 40 oz. dry-aged ribeye that I bet is fantastic. I love seeing what Chef Neil (an L.A. native) wants to offer now that he's opened his own restaurant and the concept is certainly unlike anything else Portland has.
Regards | 547 Congress St, Portland | 207.747.5940