Ed. note: Drifters Wife has closed and reopened as Pigeons.
Drifters Wife reopens in its new spot today, after moving next door into a larger space that was formerly occupied by Roustabout. The new space has been completely renovated, with a wall down the middle that sections off the natural wine bar from the retail shop. And the decor has been updated, with a modern, dark look that is very different than the old space, but still conceptually similar with funky accents. 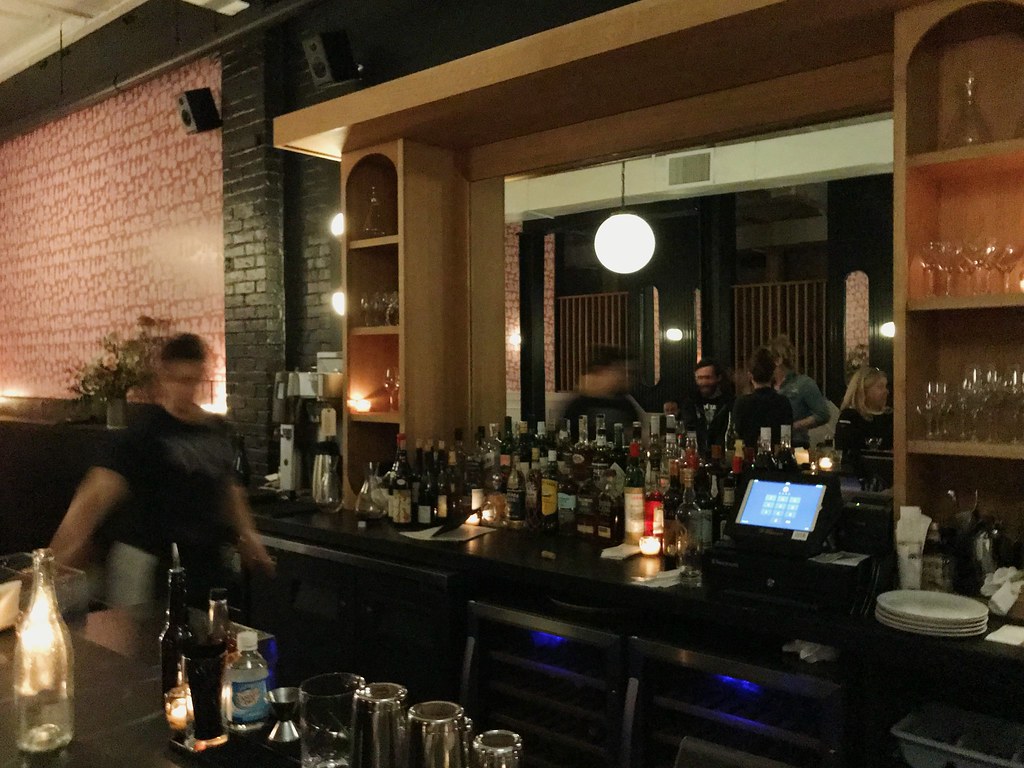 The food and drink menu retain the same feel as in the old space—maybe not the same items as before, but both changed frequently anyway. I didn't look closely at the wine menu, because I don't tend to know too many of the wines owners Peter and Orenda feature, instead asking for recommendations based on my preferences.

I started with a pinot noir and then enjoyed a fizzy, fruity rose (the second one I picked just because I saw it being poured out of a giant bottle and was like, I want that). To go with the wine, we ordered the egg with trout roe, potato chips, and mayo ($9) and toast with duck liver mousse and pickles ($12). 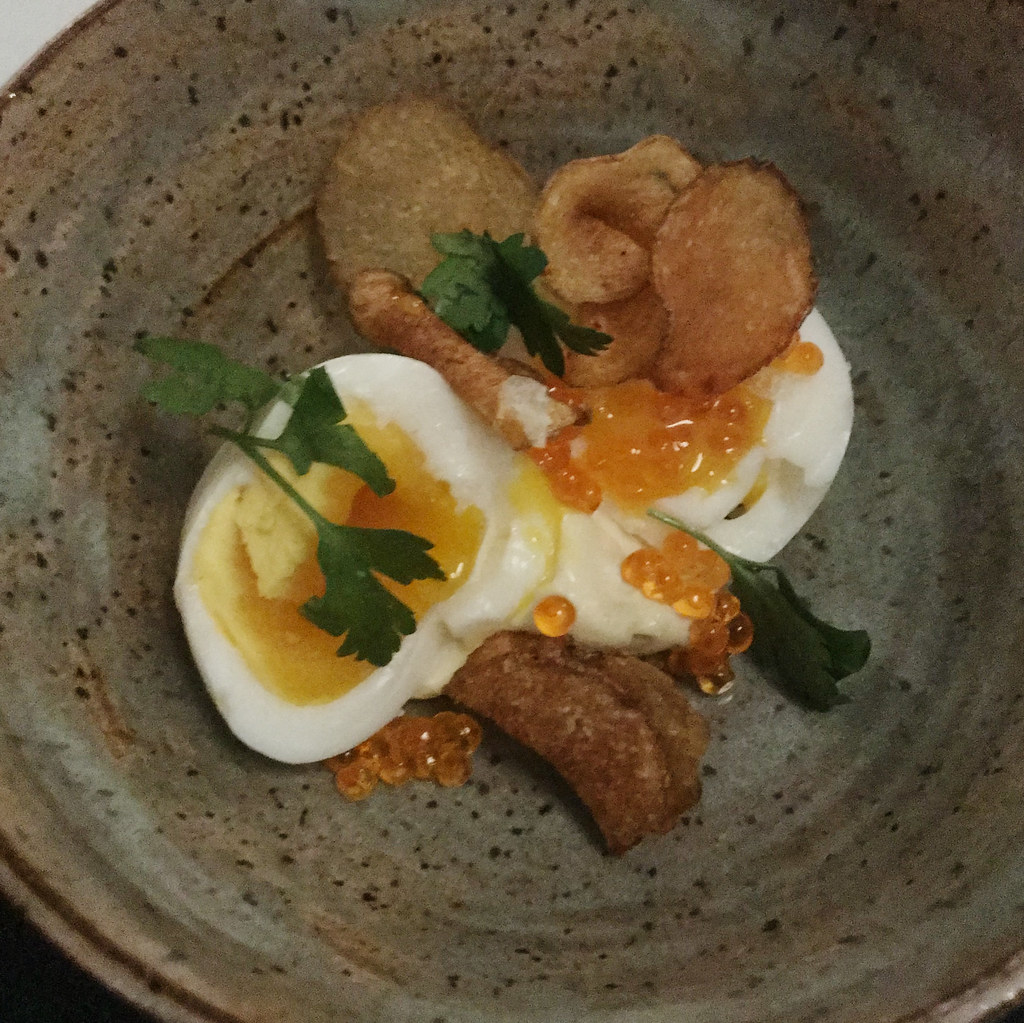 Egg was basically egg salad with potato chips—not for everyone, but pretty much my dream snack. Same with duck liver mousse—could eat tons of, probably should not actually do that.

Other starters/small plates include bread and butter, olives, cashews, beet salad, and cabbage with turnips. 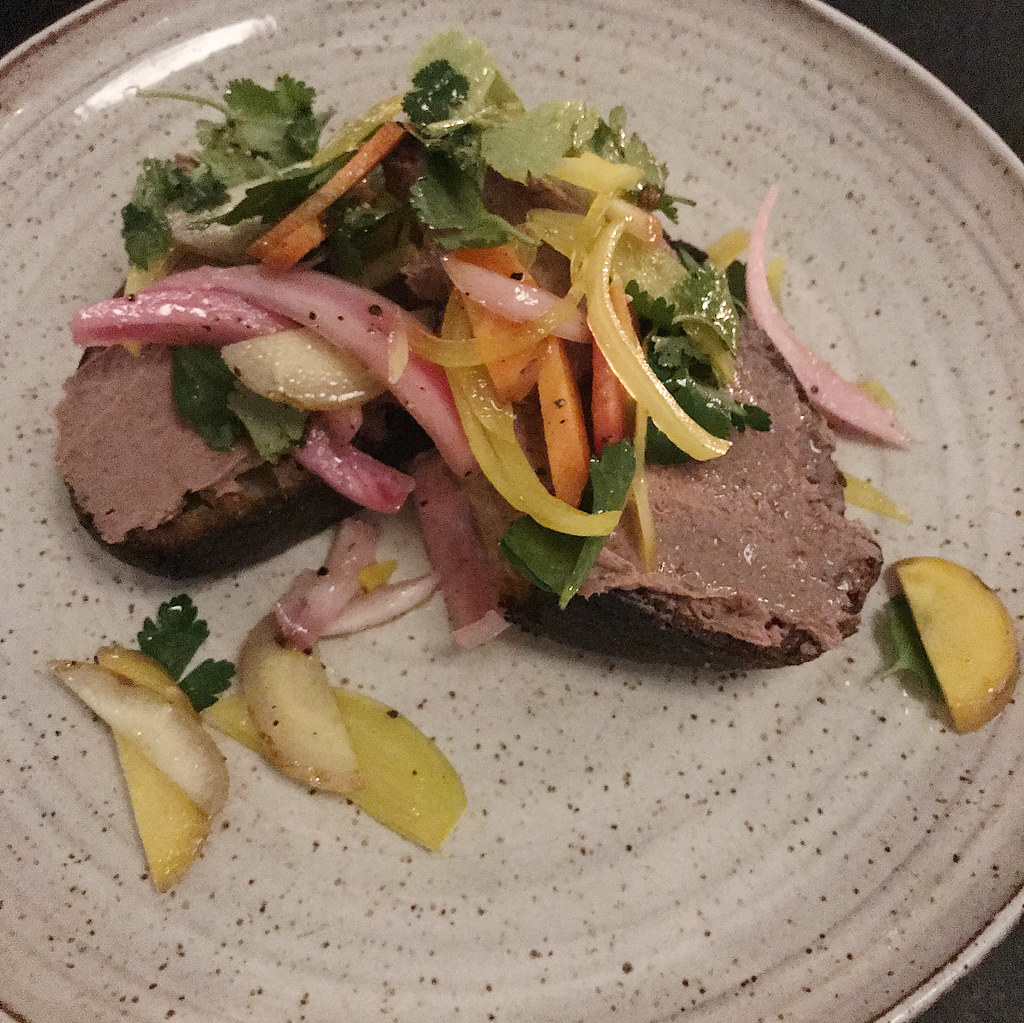 We shared the spaghetti with clams, beef tongue, and chanterelle mushrooms ($16) and the hake with potatoes and sweet onions ($28). Both were amazing—the pasta was coated with a creamy, egg sauce like carbonara and the hake skin was crispy with a creamy herbed sauce draped over it. 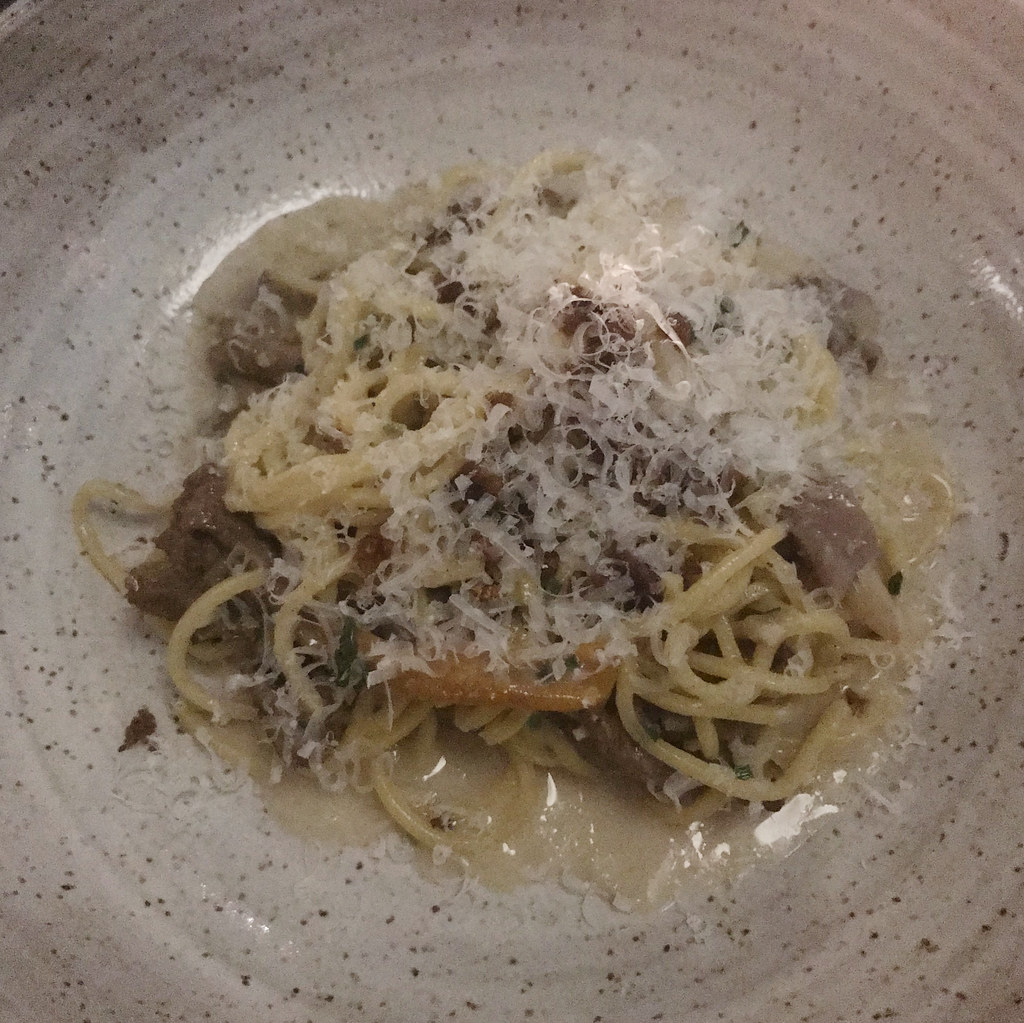 Other entrees include chicken with carrots and pork with beans and kale. There's two desserts—malabi (an Israeli custard) with blueberries and date cake with meyer lemon and mascarpone. We skipped dessert, since we'd been there for three hours, but I'm regretting that choice now. 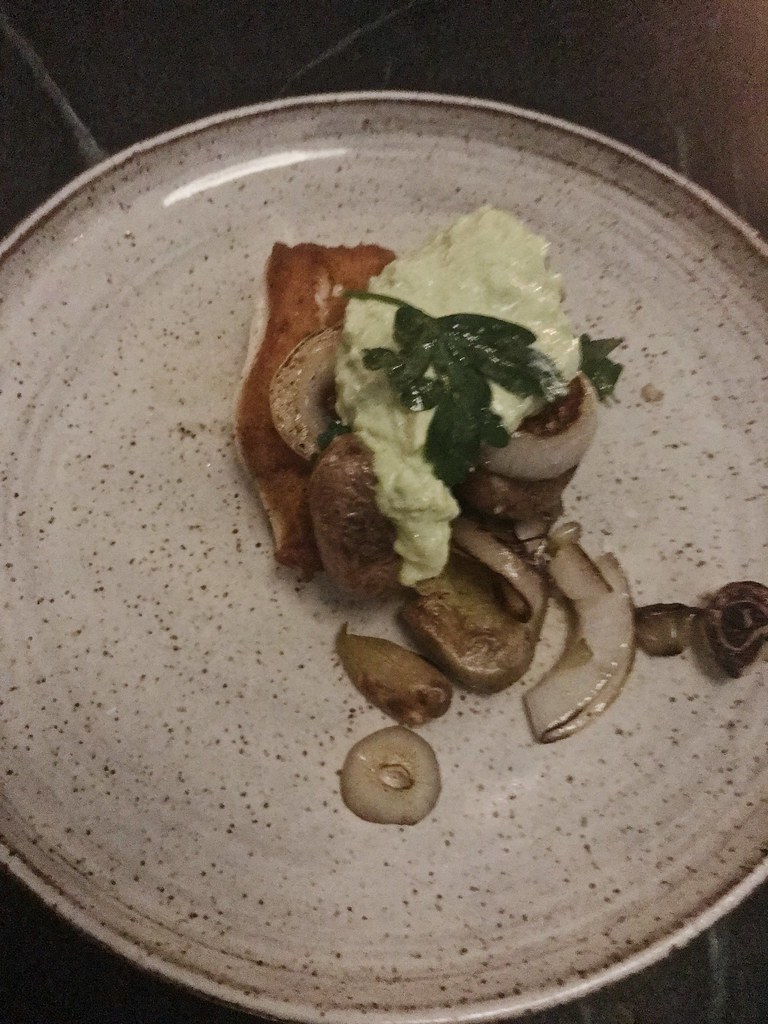 The new Drifters Wife is like the big sibling to the old space, its elegant menu and unique wines set against a cooler, sophisticated backdrop. Anyone who has visited the restaurant before knows its price point is high, so it's not for the faint of wallet. But the new space elevates the experience, with more of the same expert natural wine picks and delicious small plates.