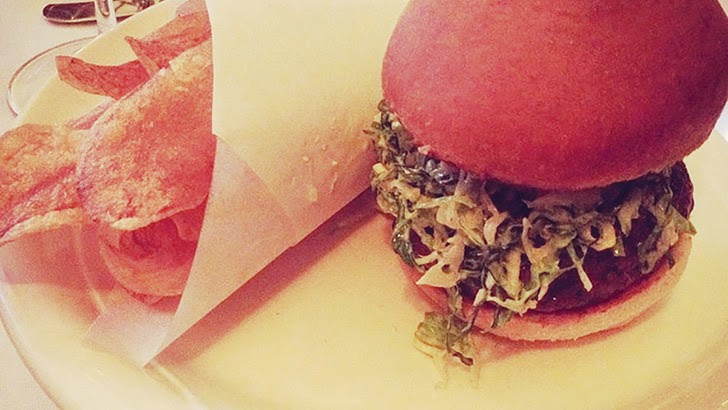 Ask any restaurant owner in Portland and they’ll say one of the hardest parts of owning a restaurant here is the bipolar cycles of customers. While Portlanders enjoy a relative glut of wintertime activities compared to other coastal towns that close up as soon as the last cruise ship departs, restaurateurs still feel the pinch in the winter.

Even owner of the popular (now shuttered) restaurant Bresca, Krista Kern Desjarlais, told me, “To be a restaurant owner here…is extremely challenging. It’s very magnified. You can take a walk around town on any January, February, March…midweek evening, and we’re all waving at the window at you, like, hey, come on in!” Business owners employ several strategies to lure in reclusive diners, discounting meals or offering special menus. Others take advantage of the slower pace to do some much-needed maintenance and renovations.

Eventide Oyster Co. and Hugo’s owner Arlin Smith doesn’t mind that there are fewer customers in his restaurants this month. A construction crew is working in the adjacent space, expanding Eventide’s dining room and the restaurants’ shared kitchen, while adding yet a third restaurant, The Honey Paw. Both Eventide and Hugo’s will be closed for a week at the end of January while dining room walls are demolished and drywall dust flies. Smith knows the staff will appreciate the time off guilt-free, as they aren’t missing lucrative tips.

Sonny’s, Local 188, and Salvage BBQ also gave the staff a break after the busy holiday season while owner Jay Villani closed the restaurants last week for deep cleaning. When they reopened, Villani began the annual “white sale” (a name that traditionally refers to linen sales at department stores in January), a 15 percent discount on food at his three restaurants. Villani says the promotion is a form of “customer appreciation,” in the colder months and of course, helps counteract the post-holiday (literal and figurative) belt-tightening.

Other chefs use the slower pace of the winter to flex their culinary creativity or feature a popular menu item for a limited time. At Hugo’s, the chefs are bringing in whole sides of pork and beef, which allow them to serve big cuts of meat family-style for the relative bargain of $45 per person. Arlin Smith says these promotions might not be the biggest money maker for the restaurant, but energize staff and excite customers at an otherwise quiet time of year.

Back Bay Grill chef Larry Matthews is bringing back his famed burger for a few nights this week. Matthews served the local beef patty, topped with shredded lettuce, a creamy garlic dressing, and Stilton bleu cheese on a brioche bun, as a bar menu item in his classic Bayside bistro. When Matthews did away with the bar menu a few years ago, many mourned the loss of the burger. Now, he brings back the burger to fill the house during otherwise slow weeks. Matthew enjoys that the burger’s scarcity creates demand and give people a reason to go out in the winter. And it works; the restaurant fills and the burgers sell out (call ahead to reserve one for this week or next).

Even those with nothing to gain other than fun have helped promoted local restaurants during the colder months. Event planner Emily Hricko and graphic designer Cecilia Ziko began Plow-WOW, a pop-up happy hour, three years ago to liven up the otherwise unpleasant task of moving one’s car in a snowstorm. This year, the happy hours are at Local 188 from 6-8 pm during parking bans. Follow Plow-WOW’s facebook page (facebook.com/plow.wow) to be updated on the next event.

If you’re willing to endure, slippery sidewalks, reduced parking, and biting winds for dinner, some of Portland’s finest restaurants will be there to reward your loyalty. But call ahead first…just to be on the safe side.

Originally published in DigPortland on January 14, 2015.