I intended to go to The Loft the other night, to pursue this burger that is served on a donut instead of a bun. I have not given up on my mission, but on this night, the Loft was closed (rat infestation? doesn't phase me), and I was momentarily stymied since I was on foot.

Faced with the relatively bleak dining options of outer Forest Avenue (Dominos? Takeout?), I was excited to see Saigon, a Vietnamese restaurant I haven't tried. I wrote about the pho at Thanh Thanh 2 during an O-rama, but have yet to make it across the street to the other Vietnamese restaurant in that block. 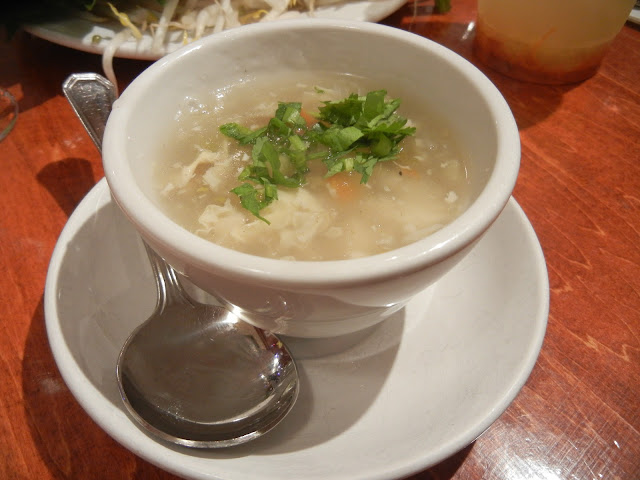 Some fairly standard soup, dumplings, and crab rangoon started out our meal. They didn't indicate much about the quality of the food to come—they were fine, but forgettable. 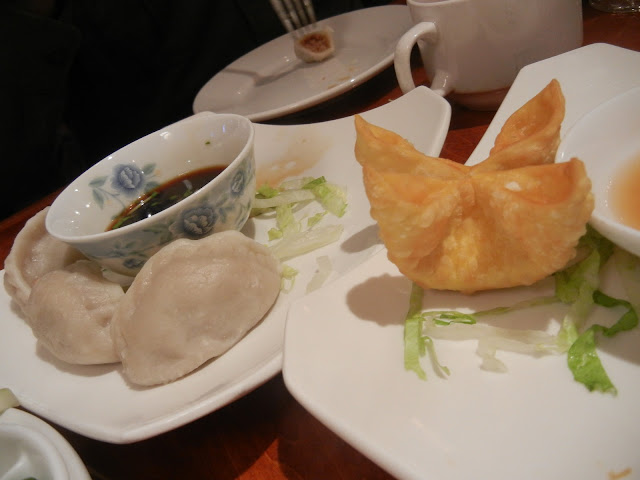 A. and M. ordered pho, which came accompanied by a giant plate of fresh vegetables and herbs to add to the soup. 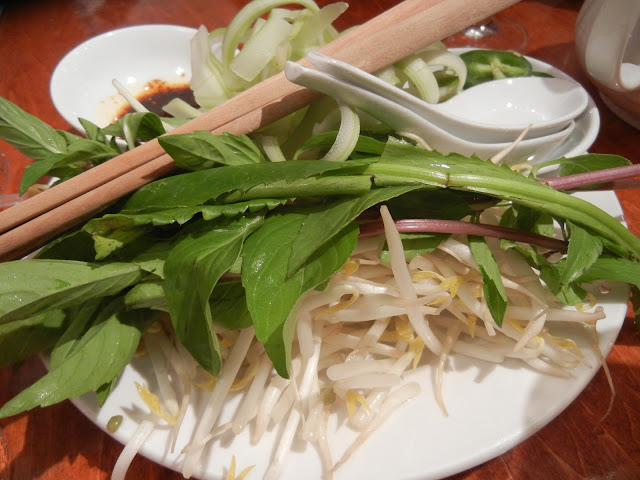 M. fixed his soup and dug in, but A., not having had pho before, was a little slow to start. One of the employees, maybe sensing his hesitation, quickly came over and began fixing the guys' soup for them.

She grandly named each ingredient as she tore it into pieces (shaved celery, sorrel, basil, sliced jalapeños, bean sprouts, and a spicy chili sauce) and added it to their soup. Finishing with instructions to thoroughly mix everything together, she left us to our meal (she pointed at my dish and told me to mix it all together too).

We were momentarily bewildered, trying to hold in our laughs, but then I thought it was pretty great that she dove in and fixed our food for us. I guess she wanted to make sure we had the dish as it was intended to be served. And A. reported his soup was much better after having been doctored up. 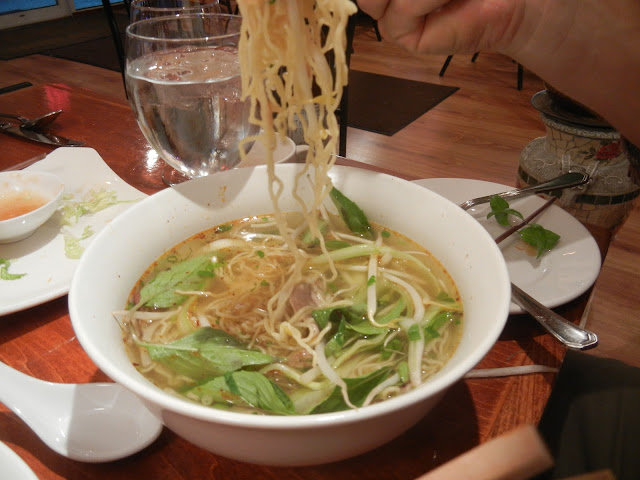 I had beef and shrimp vermicelli, with lots of fresh herbs, crushed peanuts, and fried shallots served over a bed of vermicelli noodles, carrots, and daikon radish pieces. It was a great mix of meat and veggies, that left me feeling full but not weighed down. 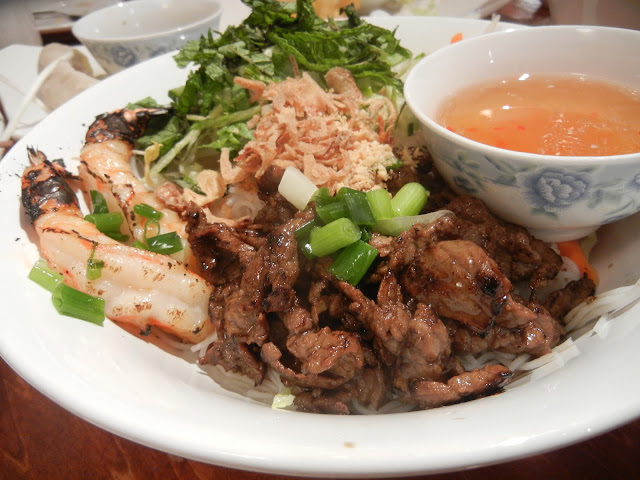 This restaurant was very different from the Hooters-esque environment that I was expecting to encounter next door at the Loft. It's bright (a bit too bright!), quiet, and full of fresh, light food. This is the place you go when you need to nurse your hangover, not to earn one in the first place.

Even though it wasn't my pho, the small slurps I had were better than what I recall of Thanh Thanh 2's. But then again, my past pho wasn't personally prepared for me tableside!

If you find yourself looking for a good meal in that block, skip the Thai food, and try something a little different at Saigon.