Strawberry season is over in Maine; fellow food blogger Vrylena and I made it to Maxwell's in Cape Elizabeth on the last day of their pick-your-own season (last Tuesday), where I slowly picked 5 pounds of strawberries.

And now in the second week of July, it feels like summer is slipping by. Maybe it's that the first fruits have come and gone early or that the weather has been nice for a while, making it feel later in the season than it is. 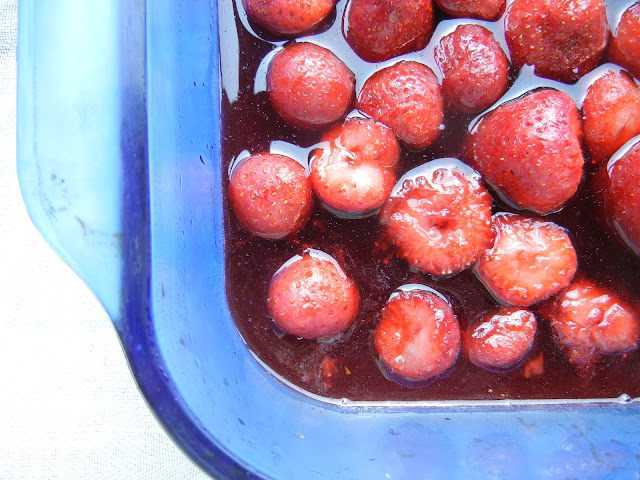 I froze most of the strawberries I picked, just by washing them, hulling them, and freezing them overnight on a baking sheet. After packing them up in freezer bags, I'm hoping that they won't stick together in a big brick of strawberries.

I also still have a lot of jam left over from jamming with Jenner and Roomie L.L. late last summer, so I decided to try something different with a few of my precious berries - I put up whole strawberries in vanilla syrup. 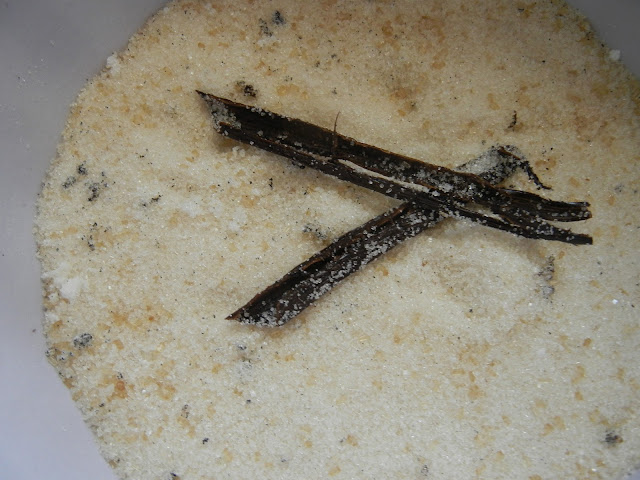 The process is simple, with washed, hulled whole berries tossed in vanilla sugar and brought to a boil. Left to stand overnight, they produce an amazing amount of syrup - with no water added. 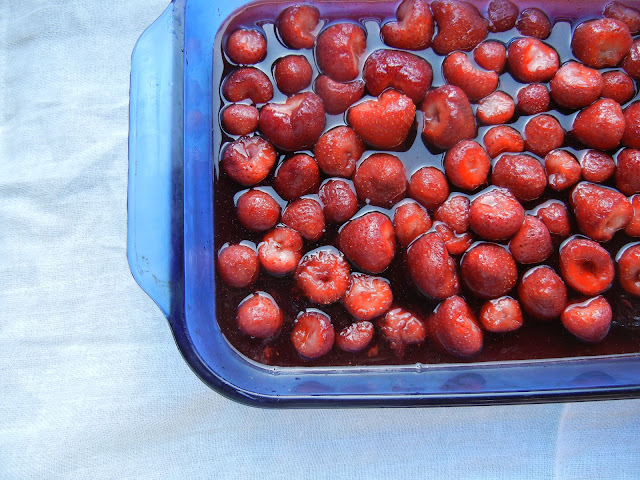 The recipe I followed doesn't even suggest reheating the fruit and syrup before you can it, so after 10 minutes in the boiling water bath the next day, I had a pint and a half of berries in vanilla syrup.

I can see using the berries as a dessert topping (like over my favorite, angel food cake) and using some syrup in cocktails (like splashed in a vodka and soda). Using it at breakfast like in oatmeal or on pancakes seems too mundane for something as precious as this. 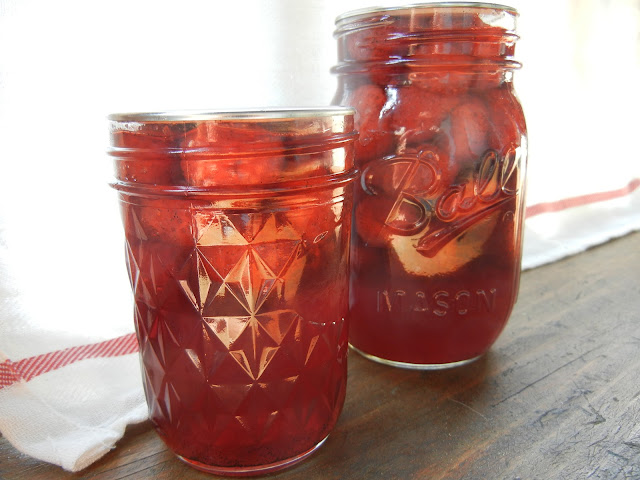 The summer may be gaining speed, but at least I snuck in a preserved taste of it for later, when the temps cool and the "jorts" are stowed away for another year. Did you get enough of strawberries in Maine or your area? And how do you ration out precious amounts of canned goods through the year?

Combine vanilla beans and pod with sugar; mix well. Add strawberries to a large stockpot and pour vanilla sugar mixture over top. Bring to a boil over medium heat and stir (fold gently) to dissolve sugar. Remove from heat when sugar is completely dissolved.

Pour berries and syrup into a large, flat pan (I used a 9x13" Pyrex dish) and let sit, covered, overnight.

Process half-pints or pints for 10 minutes in a boiling water bath with 1/4" headspace.

Related: How to Can