Cream of Asparagus and Potato Soup 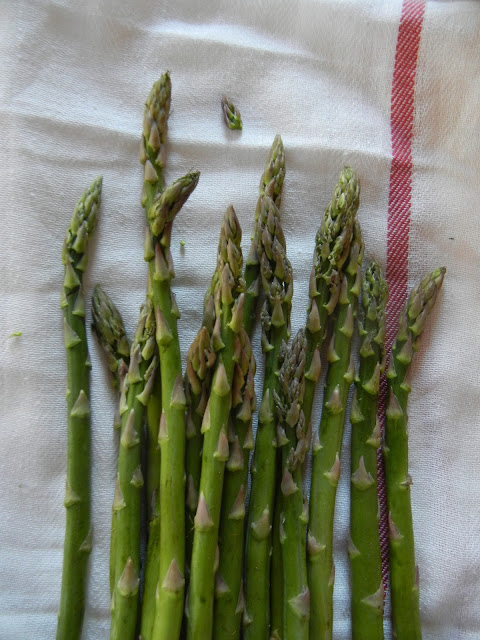 The downside of pickled asparagus was all the leftover asparagus - I used the 12 ounce jars, which are taller than pint jars, but still had a bunch of half spears left over. 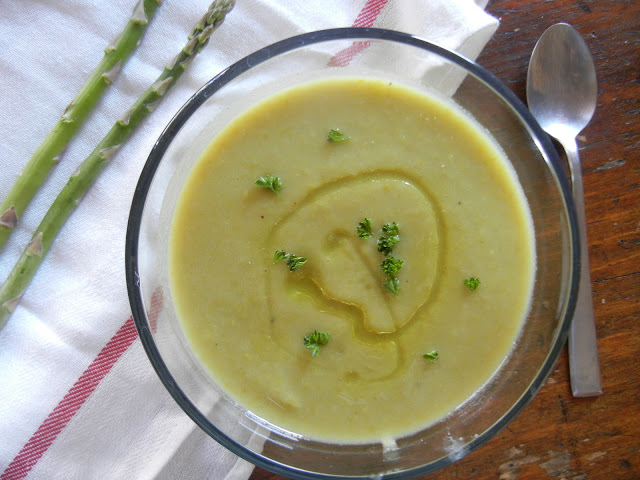 So I made soup! This recipe comes from an unlikely source: the side of a reusable Hannaford shopping bag. On one side it has a cartoon-y robin surrounded by Spring! Baseball! Asparagus! Rain! and this recipe on the other side.

Side note: a few months out of the year, using this shopping bag make me grumpy. Grumble grumble, spring in New England, yeah right, grumble grumble.

And while there is a specific recipe, you can follow Bittman's ratio for cream of veggie soups (as per Vrylena): 3 parts cooking liquid to two parts vegetables to one part dairy.

Cream of Potato and Asparagus Soup
Adapted from a Hannaford shopping bag. Yup.

In a large stock pot, bring veggies to a boil in the stock. Cover and simmer until tender, about 15 minutes. Blend with an immersion blender or carefully in small batches in the blender. Add cream, season with salt and pepper, and reaheat to serve.