I vascillate between being too lazy to make my own breakfast (aka really wanting a bagel, aka hungover) and being too cheap to pay for a meal that takes 5 minutes to consume.  Yesterday, I was in the too-broke-to-justify-a-bagel camp (I was not, however, hungover.  Go me!). 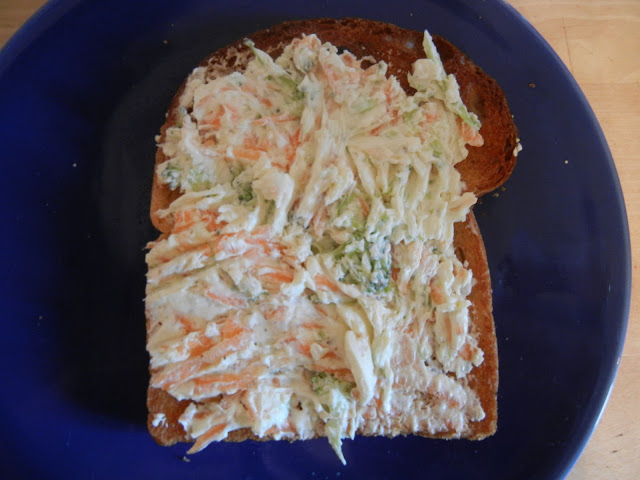 So I concocted this really quick, reasonable facsimile of a Mr. Bagel bagel with veggie cream cheese.  I took about two heaping tablespoons of cream cheese, and mixed in grated carrot, broccoli, and onion.  A little salt and pepper, and tada!